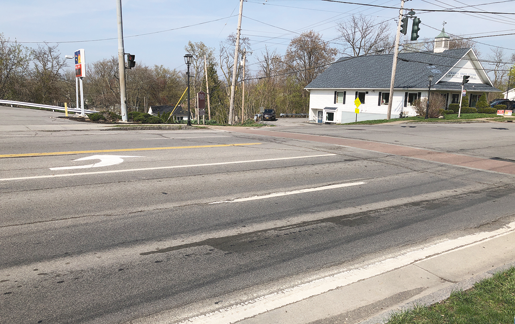 The New York State Department of Transportation has formulated a plan to repave Center Street and remove one of the roadway's largest signs.

Paving not supposed to interfere with festivals or events

Business leaders were anticipating a summer 2021 start – and the Chamber of Commerce was lobbying for roadwork to happen before or after festival weekends. However, “By the time the project gets awarded (this summer) … we need to work on getting signal pole foundations located, because things in the grounds, utilities, can interfere with where they need to go. And, unfortunately with COVID, we are seeing a very long lead time in getting the poles manufactured and delivered,” Bevilacqua said. “We need to find their home out in the field so they can be designed to the proper height, and ordered ahead of time. That’s going to be most likely the contractor’s first priority.

“We also, as part of our contract specifications, we cannot pave top course in this area after Oct. 31, unless the contractor wants to warranty it – which they rarely want to do that. So, yes, very little paving will take place this first season – maybe patching, maybe some side street work, maybe some temporary asphalt. But mainline paving will happen next season.” 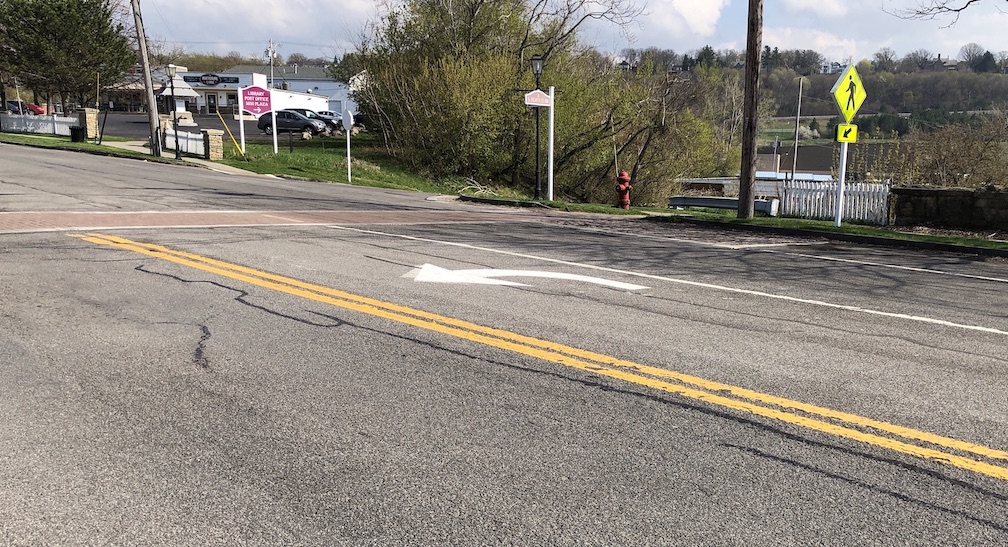 The New York State Department of Transportation has formulated a plan to repave Center Street and remove one of the roadway's largest signs. 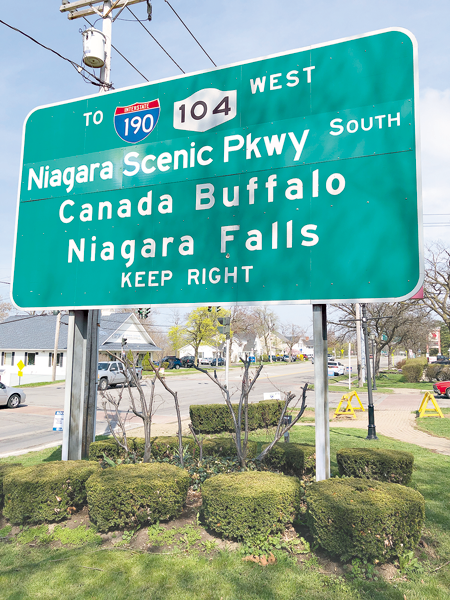 Singh explained the DOT first began formulating a repair plan for Center Street – a state-controlled road – two years ago. He said Mayor Anne Welch “visited our offices here … and explained her vision of what she wants to see as part of this project.

“We tried to incorporate as many elements as we could.”

“The project in itself is about eight-tenths of a mile long. It starts at the intersection of Fourth Street with Center Street, and extends east up to the ramp from the expressway,” Singh said.

“The reason this project was initiated was mainly to improve the rideability of the pavement surface. And this type of project is called a preventive maintenance project. The idea behind preventive maintenance projects comes from an old English adage or idiom that a stitch in time saves nine. So, before the deterioration of the pavement extends further deeper into the pavement structure layers, if we can just scrape off an inch-and-a-half off the top of the asphalt pavement, and put in a new layer, we can restrict the deterioration from going into the lower layers of the pavement – and save a lot of expense. Because, if we have to redo a reconstructed roadway – which means removing two-and-a-half feet of roadway and reconstruct it – that’s a very expensive proposition.”

Singh added, “There are some other improvements we do on preventive maintenance projects. We look at all the curb ramps and make sure that they are compliant with ADA standards.”

“All of that has to be done before we can do the paving,” he said. “That takes a little bit of prep time … you will be seeing this year and next year before paving.”

Singh said, “There were a few things we kept in mind. One of them was the context, because we are in the village setting for historical Lewiston.”

DOT plans to make these aesthetic and safety improvements:

•Traffic Lights: “The signal system at the intersection of Fifth and Center was at an age where it was almost near the end of its useful life. So, we’re going to replace that signal,” Singh said. “The other three signals, we are going to change some of the components. At all four signalized intersections, we are going to add (push-to-cross) buttons to make it more pedestrian-friendly.”

•Poles: “What we’re also doing is trying to minimize the number of poles that would be necessary for putting in the (push-button) signal heads … and we are going to use some decorative-type polls for the street signs, as the mayor had requested,” Singh said.

•Signs: “The main sign the mayor and I had discussed, the one at the intersection of Center and Ninth. … That’s the one we are going to move to the other side of the street further east,” Singh said. “And, instead of having one huge sign panel, we are going to have a sign assembly with, basically, like three sign polls with a combination of smaller auxiliary sign panels. Basically, same information, but smaller square-footage.”

•Crosswalks: “The existing crosswalks will be removed and pavement repairs will take place,” Bevilacqua said. “And then once the road is milled and repaved, they will be striped crosswalks.

“That may be something that they’ll do this season, because they can do the pavement repairs ahead of time. And then this way when they’re ready to mill and pave next year, they can just drop that milling machine down and go – and go right over those old crosswalks, because the repairs will already be done.”

Singh said all of the brick pavers around the radiuses on Center Street and the cross streets will be removed and replaced by blacktop.

Markers: Singh said striping will remain the same – no new parking spaces will be added, nor will a new bike lane be drawn. 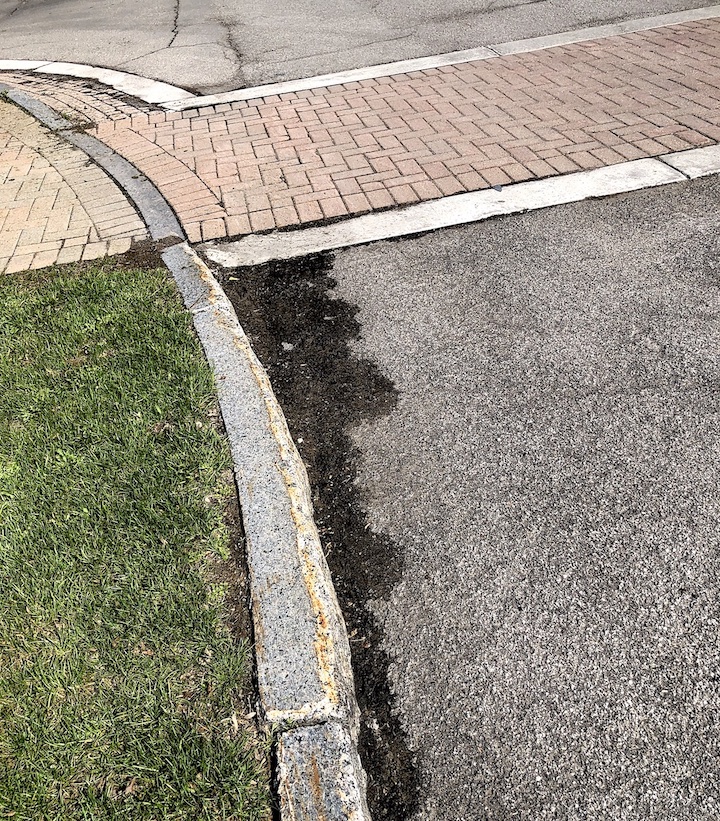 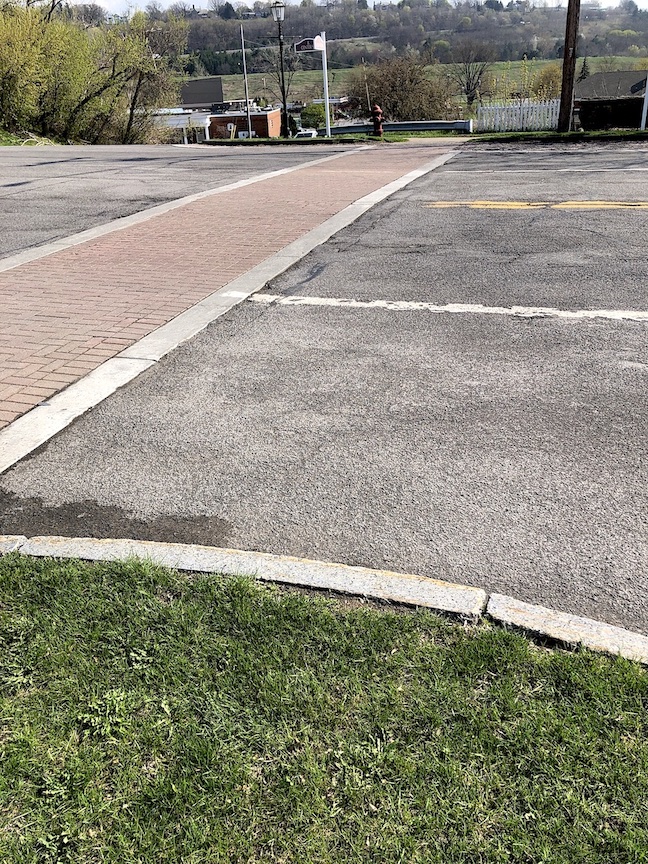 What the Process Entails & How Long It Will Take

Singh said, “We have also put directions in the contract documents to make sure that all driveways – commercial and/or residential – are to be kept open during construction phase, and pedestrian movement should not be hindered while construction is going on.

“And we have enough items in the contract for signage, and traffic-control equipment that the contractor would need to allow movement of traffic through this construction zone.”

Bevilacqua said, “Once they start milling, they have to follow right behind with paving the top course and then striping. They’ll start milling at one end and hopefully follow right behind within a day or two, because usually you mill then you put the new signal loops into the milled surface, and then they pave over it. They’re supposed to get the signal loops done within three days. So, you’re looking at, you know, maybe a month. But they also have to work around all the (festival) dates and the plans. So, it’s a month to two months and they should be done with the actual paving operations, depending on how they stagger each section. …

“Every contractor checks things a little differently. It depends on how many pavers they want to use, and how many crews they have out there.”

Singh said the contractor can’t leave milled or grooved pavement exposed to traffic for more than 14 calendar days before paving the top course.

Bevilacqua said, “They’re supposed to pave curb to curb. So, as they start paving, they’ll do one side of the road, and then flip traffic and do the other side of the road. A segment, whether they go down Fourth a couple blocks one way or the other, that should be paved curb to curb by the end of the day so there’s no joints.”

Welch said she was told milling would take “approximately 15 minutes in front of a business. … It doesn’t take that long.”

Bevilacqua said, “Once they go, it’s pretty amazing how fast that machine will move.”

Bevilacqua said the public will be notified when work is set to begin: “Once we have the (preconstruction meeting) and we get a schedule, the engineer in charge will notify our public information officer, and she will put out a press release that will go out to the media in Western New York. Also, there are going to be message boards out there that will start one week prior to the construction to let people know that roadwork will be starting. And then also, when the surface is milled, it’s going to have the warning note, ‘Grooved Pavement Ahead; Bikers Use Caution.’ And those messages will stay out for the duration of the milled surface.” 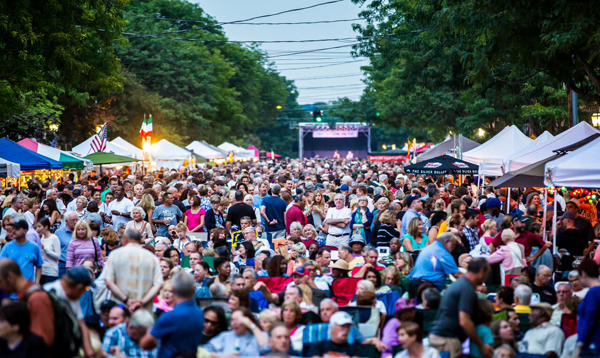 Chamber of Commerce President Jennifer Pauly said, “The mayor and the trustees have been talking about this project for a while and, now that it’s coming to fruition, I think we have more and more questions (about street usage).”

Singh pointed out, “The actual milling and paving is not going to be for the entire length. It’s going to be block by block or things like that.”

He said, “What we have … in the contract documents is there shall be no temporary lane or shoulder closures on roadway facilities, designated on these holidays and special events. We have the usuals, like Canada Day, Victoria Day and Memorial Day parade; but we also have Art Festival, Smelt Festival, Garden Festival, Peach Festival, Harvest & Hops Festival and Artpark events. For these festivals, the note says the contractor needs to coordinate with the Village of Lewiston to collect the event dates.”

Singh added, “We are going to have a preconstruction meeting in August, when the contractor is given the greenlight; when the project is awarded. That would be a good time to provide that information to the contractor so that, when they do their scheduling and planning for different activities and milestones, they keep your concerns in mind – they have a better idea of which days the road needs to be made available for village events, and which days they have a free hand in doing their work. That will help them and it will help you.”

Bevilacqua said it would make sense to “not leave a milled surface during one of these street vendor-type events.

“The milling, nowadays, it’s a very fine mill that they use to do a very nice job. But if you have anybody walking with any kind of heel, or anyone with any kind of disability, that could be very difficult for them.”

Pauly said, “Coming through a pandemic last year and our businesses having to make a lot of changes, there was a lot of anxious thoughts coming ahead, especially with our prime tourist season. Lewiston is a tourist destination. We’re starting to see the increase in crowds now, and we really hope this summer is more robust than last. This kind of helps give us a little bit of time to prepare for things coming up.”