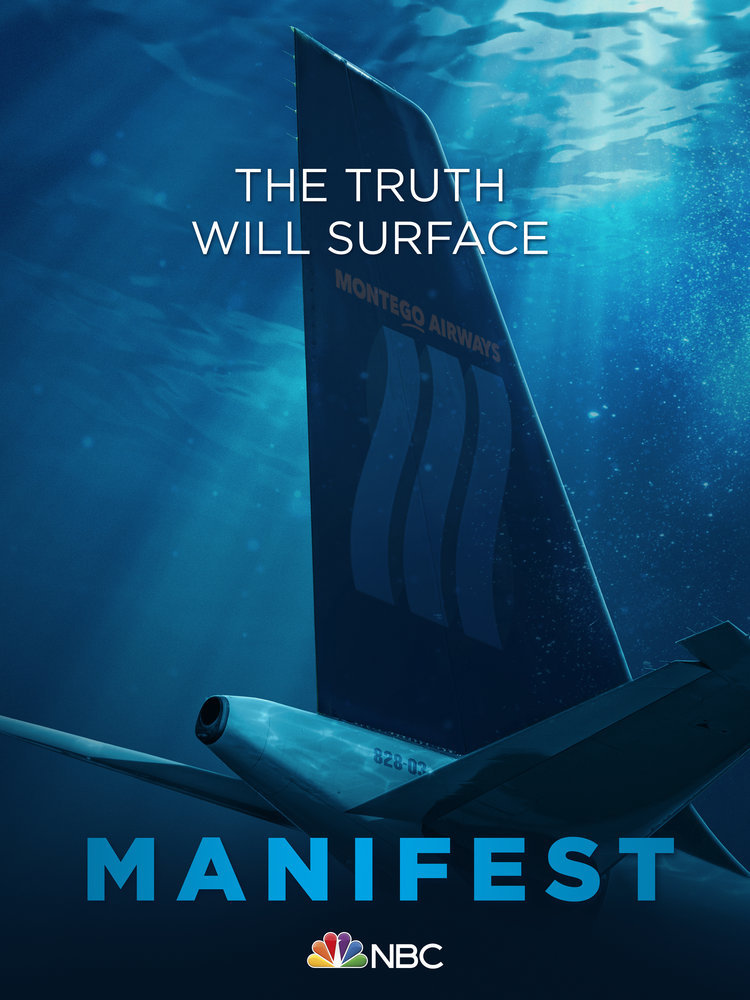 What does the emergence of the tailfin mean? "Manifest" returns for season three with new details. (NBC key art)

When the passengers of flight 828 returned home from what should’ve been a few-hour flight, they learned five-plus years had passed. Their plane seemingly disappeared, and they were presumed dead.

If that wasn’t enough, these passengers suddenly had “callings” – premonitions of something they had to stop or fix, or else face consequences.

Why and from who – that is the mystery commuters Ben Stone (Josh Dallas) and his sister, Det. Michaela Stone (Melissa Roxburgh), are determined to solve. Compounding their mission is a “death day” countdown that seems to suggest the survivors will die when reaching the time allotment equal to what they missed.

As the Stones sought to unravel any potential clues and shepherd the other passengers, Ben and Michaela found themselves the target of government interests that sought to know what these “powers” meant, and how they could be harnessed. Of particular interest was Ben’s son, Cal (Jack Messina), who returned cancer-free – and somewhat clairvoyant.

While Ben works around the law, Michaela uses her badge to ensure justice for the passengers, and prosecution for those who would take advantage or pose a threat. She is aided by her former partner Jared Vasquez (J.R. Ramirez) – her supposed fiancé, had she not vanished for half a decade.

The two struggle with reconciling their feelings, with Michaela ultimately opting to wed Zeke (Matt Long), who had a similar otherworldly experience while mourning his sister across a frozen tundra. He, too, is on a clock. As the big day approaches, Zeke is slowly freezing to death.

In season two, it appeared Jared had turned on the Stone family, as he partnered with a fringe group bent on destroying the passengers. As it turned out, Jared was working undercover to apprehend these no-good-doers and protect the passengers.

She did, of course, and Jayce and co. kidnap Cal. As Ben, Jared and the Stone family work to find and rescue Cal, the bad guys disappear under a frozen body of water – and Zeke is miraculously brought back from the dead and healed.

If that wasn’t enough for fans to chew on over the hiatus, at the end of the season finale it was revealed fishermen retrieved a portion of the tailfin … from the plane that supposedly arrived intact with the passengers.

Ahead of the season three premiere, Ramirez chatted with BTS.

Jared has been through the ringer, waiting for and then losing Michaela (again); clashing with and ultimately helping the Stone family; and trying to keep his badge as he wraps his brain around the events surrounding flight 828. 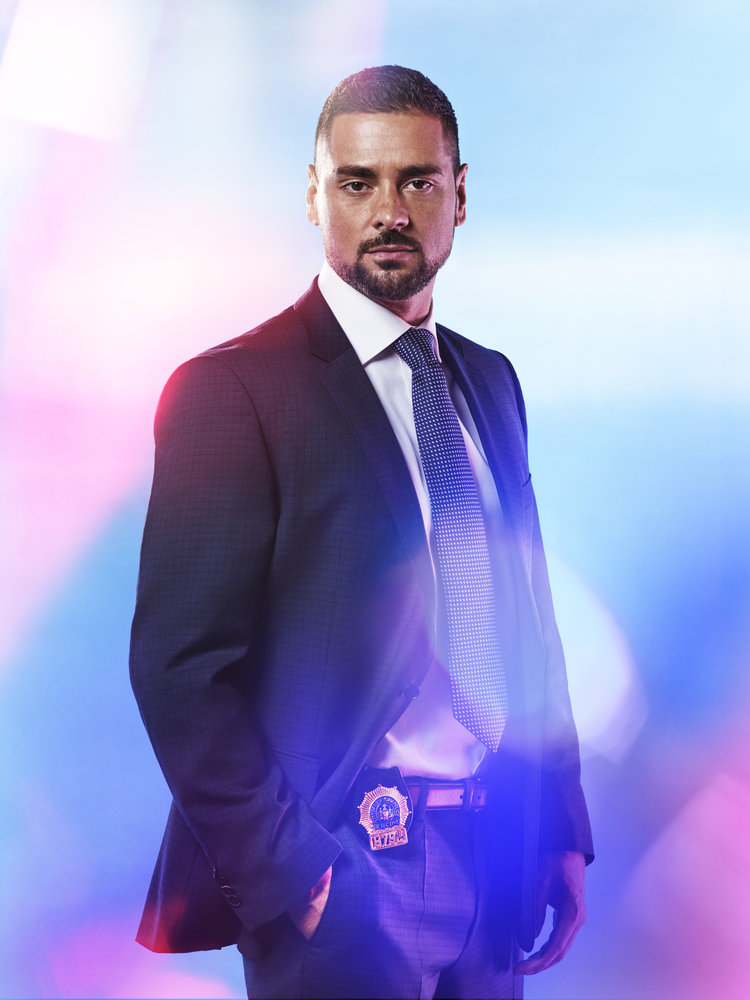 Q: Before we talk about where we are, I want to talk to you a little bit about the past and ask what appealed to you about this series.

J.R. Ramirez: Man, I gotta say it was not because of anything, but it was the one show – the first pilot that I received that, halfway through, I literally called my manager; I was like, “I don't have to read anything else.” She's like, “What do you mean?” I was like, “I'm not even” – literally, I think I was like 20 pages in – I was like, “move; let's go; let's go. I want to screen test. Let's go.”

I was blessed enough to go straight to a test. I guess I don't know what (creator) Jeff (Rake) was thinking, but Jared – he had me in mind. They flew down here with our incredible director that did our pilot, and I screen tested and that was it. It was just meant to be.

But yeah, man, the pilot was one of the most amazing pilots put together. You know how pilots are, they’re rough, mostly, because they got to cram so much in such a short time. And this was such an incredible idea, that I was like, “I have to be a part of this.”

Count my lucky stars, here we are three years later.

Q: Well, he was at least pretending to be bad, let's say that.

J.R. Ramirez: Yeah; I like to say obsessive. You know, he’s a little obsessive when it comes to Michaela, but you know.

Q: I mean, through all of this, what he is is he's a three-dimensional character. He's a very well-crafted character. Tell me a little bit about playing him and, for people maybe who are going to be jumping in for the third season fresh to this, tell me about this character you get to portray.

J.R. Ramirez: Yeah, you know, Jared – well, he's a lieutenant now. He's worked for the department as a detective and lieutenant, and he was engaged – well, about to be engaged – to this girl, Michaela Stone, who was on the plane that disappeared. She was the love of his life. She was everything to him. And he had just proposed, and she went on vacation with her family; he was just waiting for an answer, and she disappeared for five-and-a-half years. And as you do in any television show, you grieve and you marry her best friend (laughs).

J.R. Ramirez: It's been incredible, man. It was really fun to be able to kind of jump into a specific kind of (storyline). The second season, it was so drastically different, and it was just really fun from the moment Jeff gave us (the script). You know, I picked his brain in the beginning of season two of what was gonna happen – I was so excited, because just the whole undercover idea of being able to kind of, so to speak, go to the dark side and have these people – to have the fans kind of think that he’s gone bad and everything. It was really fun.

It was kind of a little weird, because I normally play pretty wholehearted, likeable characters. And I got a lot of (laughs), I got a lot of nasty emails. … But, you know, it was fun; it was like, “All right, that means I'm doing my job.”

He’s had a nice little arc, so I can’t complain. 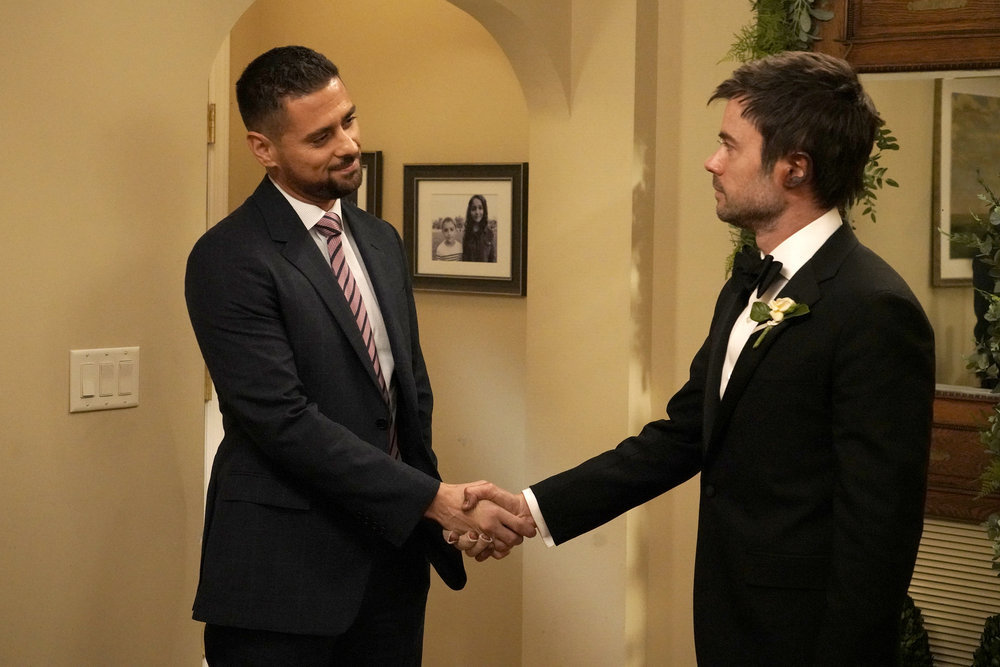 Q: Did you know at that time that he was basically, for lack of a better description, sort of playing a double agent? Did you know that he was going to come back around, or did you think at any point in time that maybe you were headed down that dark path?

J.R. Ramirez: No, no, I knew the whole time. Yeah. We had everything pretty detailed out – for the most part. I mean, they don’t give us that much but, as for that, I want to make sure I gave it everything I got – as much as I could, you know, because we can only live within the lines that we’re given. But I wanted to make sure that people really disliked him as much as possible – believe that he really was so fed up with being treated the way he got treated from Michaela’s energy, or point of view, that he just, you know, was ready to cause some harm.

J.R. Ramirez: I think that the one really important thing about “Manifest” is that Jeff and our team of writers have found such a beautiful job of being able to collaborate the essence of this sci-fi, unimaginable story, that is so catchy; because the idea of, you know, 191 passengers just reappearing from thin air after five-and-a-half years is like – just that idea by itself is so catchy.

And then they've really done a beautiful job of creating these obstacles, between the romance and a bit of the procedural – it's got a little bit of everything for every age group it touches. It tugs at your heart. And then you have all the science fiction buffs that love the story.

So, I think they've done a really beautiful job of being able to collaborate so many different elements into one, and make it the successful show it’s been.

Q: You mentioned Jared and Michaela. Obviously, they have a very unique relationship. But it's fair to say she has taken him down some very interesting sort of rabbit holes. She certainly has played with his emotions to some extent – I'm sure not intentionally.

J.R. Ramirez: Funny enough, buddy, I ask myself that question every day I show up to work (laughs).

Honestly, it's just, I think that Jared has a sense of loyalty that is extremely, extremely important to him. And this woman and this family have meant everything to him. And when he lost her, it was true pain regardless of the sense of what happened, and him grieving and ending up with Lourdes.

And that's what I love about the way they've written it, is you see him even have to accept (Zeke). I mean, there's a bit of … a friendship that happens there between her, him and Zeke, which is awkward as can be. But even that, he's accepted the fact that she's back in his life, and he’ll take that more than anything else.

Of course, at the end of the day, he'd love for her to be end game, but you can't make somebody love you.

Q: That was one of the many interesting things that we saw toward the end of that season finale. … Obviously that was difficult to see the two of them get married.

A couple other things that we saw. … It looks like we haven't necessarily seen the last of Jayce and his crew. What hints or teases can you give me about those guys coming back – or not coming back?

J.R. Ramirez: All I could say is, you know, if anybody disappears in “Manifest,” that does not mean they're gone. It’s “Manifest.” We got a lot of story to tell, and if you happen to disappear, or you get a calling and you don't see the person again, don't think that they're gone forever.

That's all I can say on that. 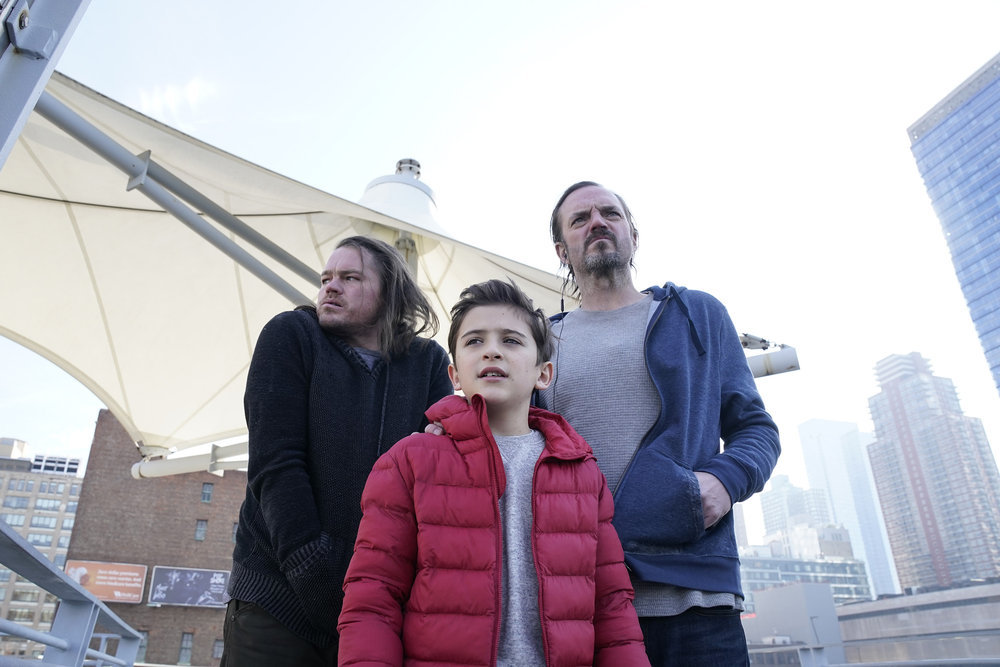 J.R. Ramirez: We start season three literally three months after the last episode of season two. So, right away we jump right into that storyline, and we jump right in to Ben trying to figure out what happened and what this all means, and how it ties into the disappearance of the plane and the passengers.

I feel like I like to say we will give a lot of answers to your questions, and we will leave you with some new ones, you know, because that's “Manifest.” We got a lot of story to tell.

There's some new characters that come in that do a fantastic job, who are very intricate parts of the story and the piece of this big puzzle that is the plane.

There’s a lot of tension and drama and action and love and all the other good stuff this year. It's a fantastic season, so I can't wait for everybody to see it. 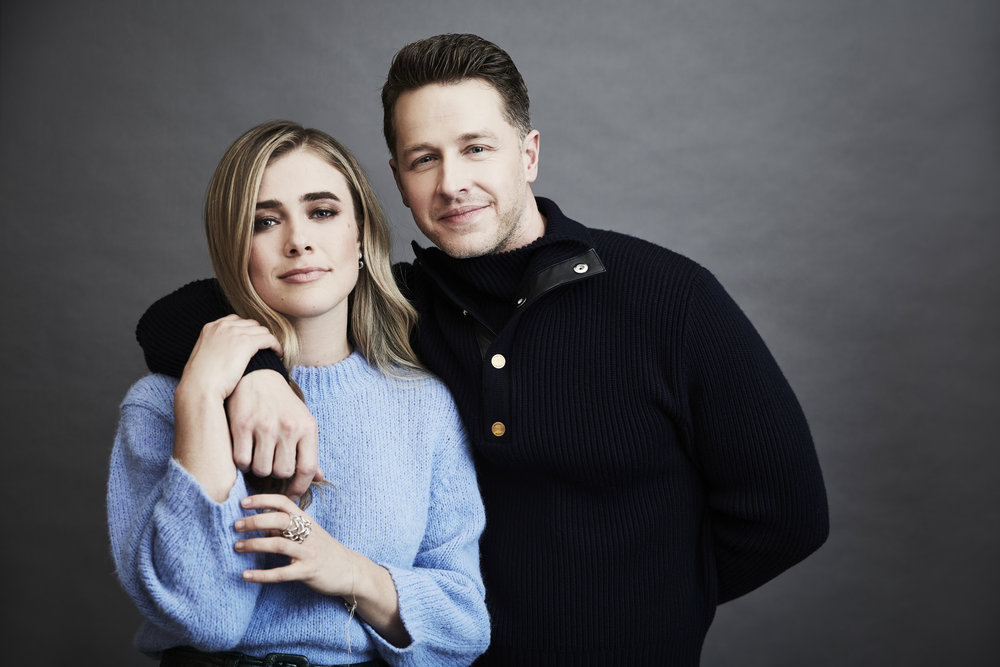 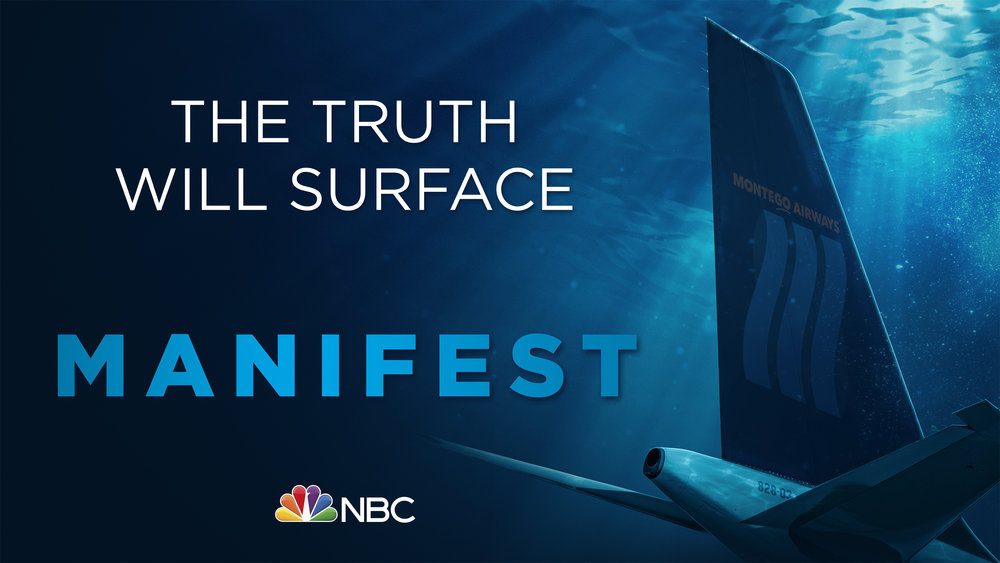