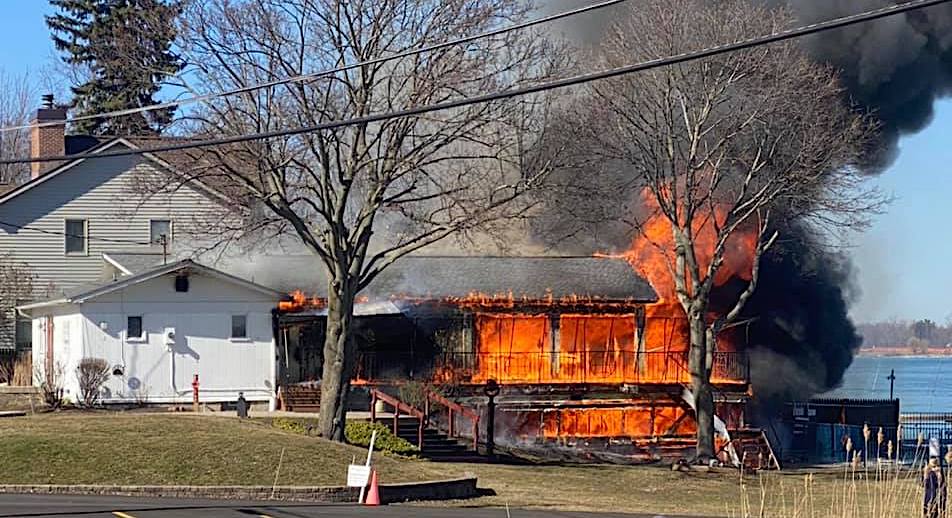 Plan is to rebuild

Members resolved to rebuild, after fire tore through the Niagara Sailing Club, at 3619 E. River Road, on Saturday. The Grand Island club’s flag was spared, and later hoisted up alongside the American flag.

The fire was brought under control at 4 p.m.

Total damage was estimated at $200,000 to the structure and $100,000 to the contents. A neighbor’s shed also sustained $5,000 fire damage. The exact cause remains under investigation.

There were no injuries reported.

All participating units returned in-service by 6:23 p.m., except for one crew remaining on-scene to assist the Erie County Sheriff’s Office fire investigator. 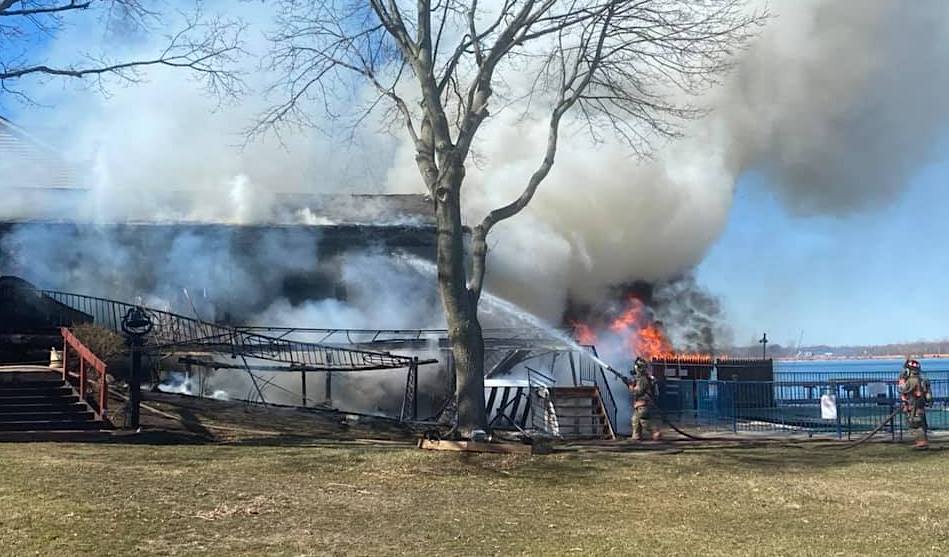 Commodore Kevin Labin said the facility would be rebuilt and welcome back the club’s nearly 100 members.

“The members have a lot of mixed feelings. Many of us have a long, long history here. All of the families have been here, many of them since Day 1, 1934,” he said.

“Imagine the loss there. It’s just very personal. I grew up here as a kid. My grandparents were 1935 members – a year after the charter.”

Labin said the place has been in his family for a long time. When asked if they would rebuild, he said, “Absolutely, 100%. We’re already turning the wheels of what next.”

The club is focusing on rebuilding, not looking back and mourning the loss.

“What’s done is done. Let’s look to the future of what can be better,” Labin said.

He explained there will be fundraising, but he’s not sure what form that will take. Labin said the previous Niagara Sailing Club had burned a number of years ago, so this fire on Saturday is the second one to hit the club.

“We just got done with a major indoor renovation a couple of years ago,” he said.

There was also a recent pool project that was a major undertaking.

“Now all that is back to the drawing board,” Labin said.

Club Rear Commodore Judy Tucker of the Town of Tonawanda said the club’s flag, called a burgee, was saved from the fire. She said every sailing club has one.

“Ours is red with a white stripe on it,” Tucker said. “We were able to extract it from what remains. So we immediately put it up with the American flag.”

A member of the club since the early ’90s, she said membership in the club has brought some wonderful friendships.

The Niagara Sailing Club website states the organization was “Established in 1934 ‘to encourage the sport of boating; to promote the science of seamanship and navigation and to provide and maintain a suitable clubhouse (and grounds) for the use and recreation of its members.' "

In a Facebook post, the Sandy Beach Yacht Club wrote, “SBYC is at the ready to help Niagara Sailing Club however we can, including support from our members who have specialties in environmental services or other trades.

Additional photos are available at the GIFC Facebook page, https://www.facebook.com/GrandIslandFireCompany.