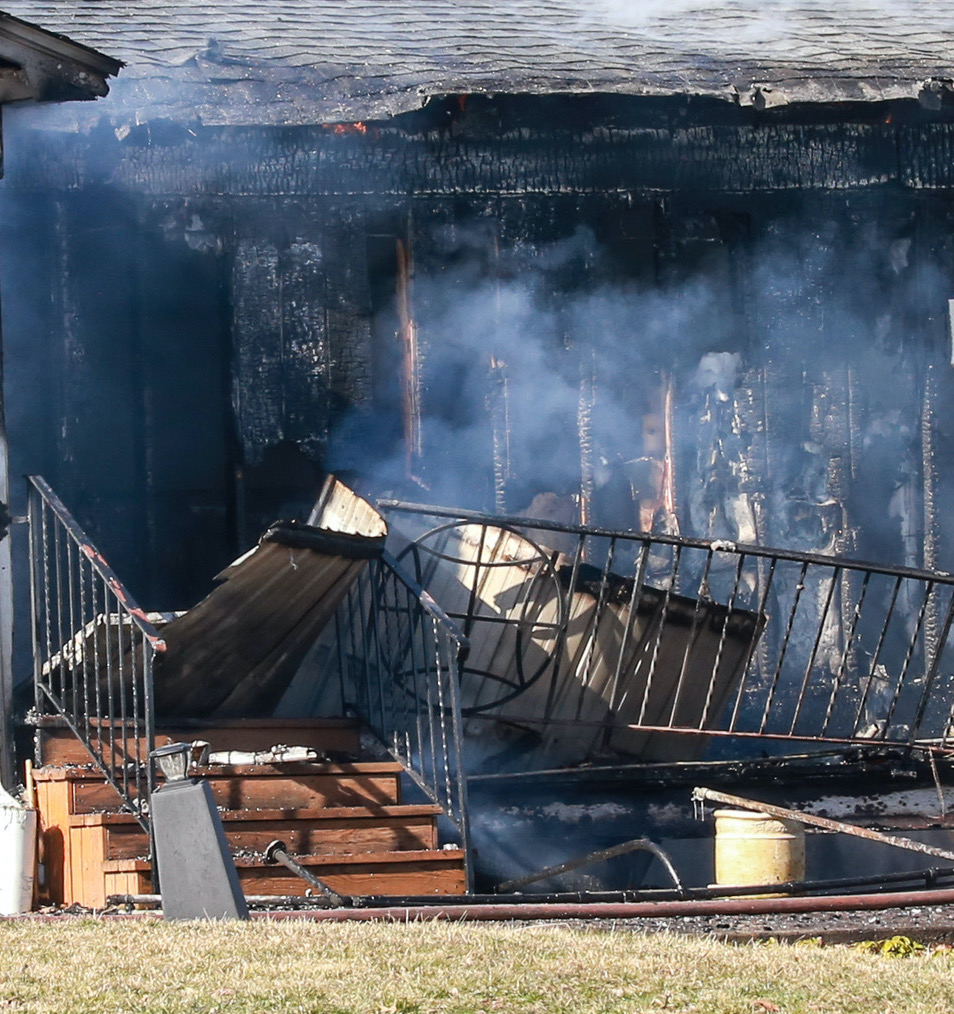 Members gathered together to console one another Saturday, as fire tore through the Niagara Sailing Club at 3619 E. River Road, Grand Island. The club flag was spared, and later hoisted up alongside the American flag.

The Grand Island Fire Co. and first responders fought the blaze, the origin of which is still under investigation.

Commodore Kevin Labin said the facility would be rebuilt and welcome back the club’s nearly 100 members.

The Niagara Sailing Club website states the organizations was “Established in 1934 ‘to encourage the sport of boating; to promote the science of seamanship and navigation and to provide and maintain a suitable clubhouse (and grounds) for the use and recreation of its members.' "

In a Facebook post, the Sandy Beach Yacht Club wrote, “SBYC is at the ready to help Niagara Sailing Club however we can, including support from our members who have specialties in environmental services or other trades. 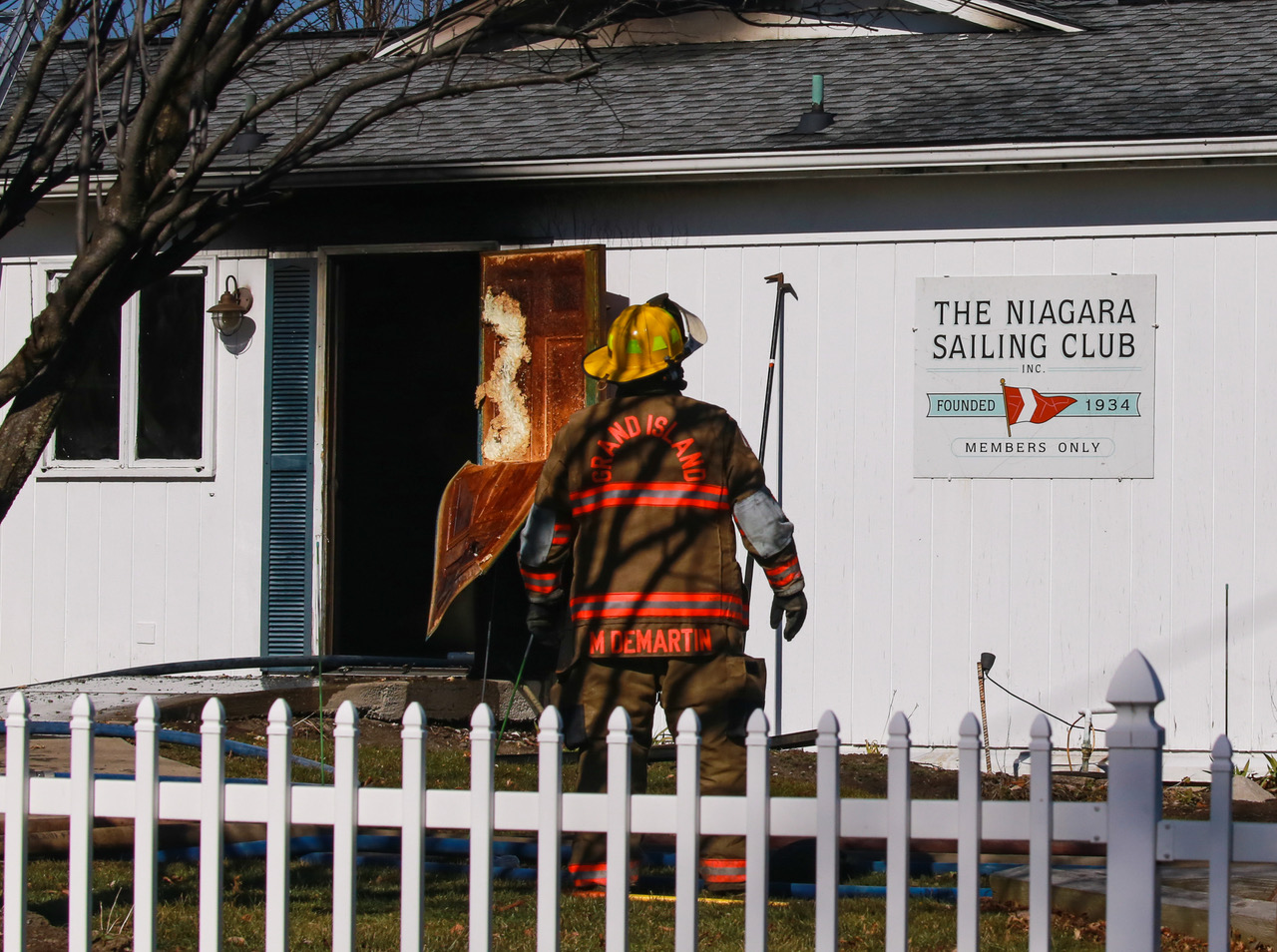 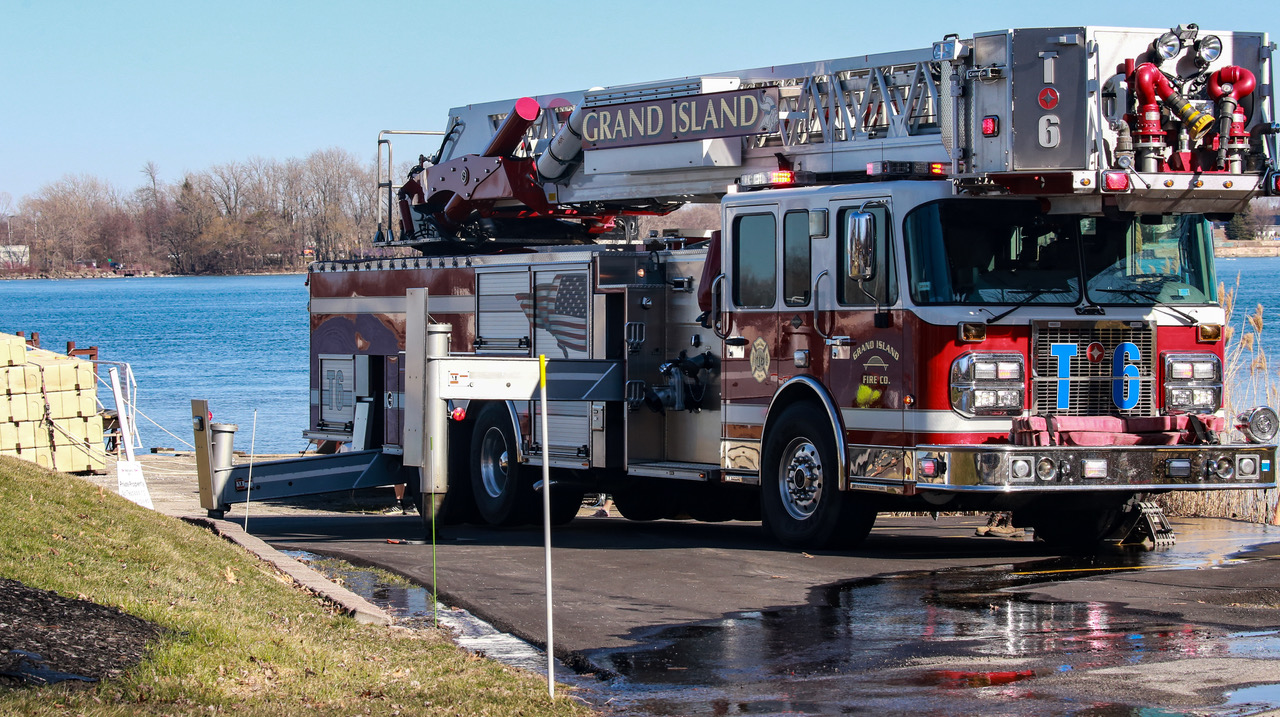