The Lewiston Police Department is currently reviewing the results of its just-concluded online performance survey with members of the Town of Lewiston community panel formed to comply with state mandates on police reform.

Announced by Gov. Andrew Cuomo in June 2020 in response to the police-involved death of George Floyd in Minneapolis, and the resulting national protests, the state’s Police Reform and Reinvention Collaborative calls on LPD and law enforcement agencies throughout New York to “develop a plan that reinvents and modernizes police strategies and programs in their community, based on community input.”

Those who fail to comply risk losing state funding.

In response, LPD has been working with the town-appointed committee representing a range of community interests to formulate a plan that needs to be submitted to New York state by April 1.

LPD Chief Frank Previte said the latest survey – the second such canvassing of the community – was intended to gauge its sentiment on performance and determine areas of improvement.

Looking over its results, Previte said he felt the 10-question survey fulfilled its goal of adequately representing the community’s voice in a positive tone. A survey of LPD developed in 2015 by Niagara Frontier Publications found similar community support.

“I’m pleasantly surprised, to say the least. When I looked at that – we kind of live in a bubble (here) – I think this is a good thing,” Previte said of the latest results.

He explained he views the department as an integral piece in the River Region’s quality of life, and the survey adequately conveys that sentiment.

“I have already been aware of the unique relationship, the unique support, that we have in this community for police. But still, when stuff comes up like this, you can imagine – even if you put something out and you’re asking for feedback or criticism about (it,) there’s a part of you that’s nervous,” he said. “Nervous anticipation; not really knowing, hoping. I like to think that we’re doing a good job here. I hope that we are. And this kind of helps.”

Previte said survey respondents came from throughout the River Region, with Town of Lewiston residents representing the highest number at 41.8% (292 responses), followed by the Niagara Wheatfield School District with 35.2% (246), the Lewiston-Porter School District at 28.2% (197) and the Village of Lewiston with 15.3% (107).

And of those who did respond, the majority of answers came across as favorable to LPD, its management, its personnel and its operations.

Previte reviewed the response to question No. 7, “How confident are you that issues are properly handled by Lewiston Police Department?” Here, respondents were asked to rank their answers on a 1 to 5, lowest to highest grade, followed by a N/A category. 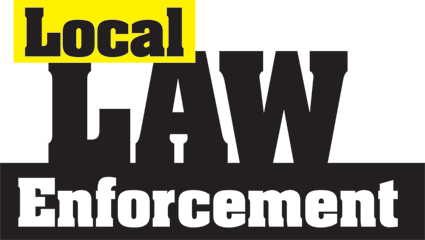 “The biggest comment we got are things I want to hear: ‘They’re visible; they’re interactive; we see them; they live in our community; they’re part of our family as far as the community.’ ”

Previte said the survey also found strong community response as to respondents’ safety at well-attended events in the community, such as Artpark concerts and Lewiston’s festivals.

On the question, “How safe do you feel at the following,” more than 400 responders gave the LPD the highest score for safety at Artpark events, and close to 500 answered with the highest ranking for Lewiston events.

“I was encouraged to see that,” Previte said. “If you look at No. 6, ‘How safe to you feel’ … especially with the climate (anti-police) the way that things are, I was happy with that response. The concerts we try to cover as well as the festivals.”

He gave full credit to Lewiston’s diverse staff of male, female and minority officers, and how they are effectively utilized at Lewiston’s broad range of events.

“A lot of the officers I have out there, (they’re) there for a reason,” Previte said. “I have officers here that I know are ‘go-tos’ and I try to (be) smart on how I use them. At events, I know who I want walking the street. It’s one of the strengths of this department. And the other thing is … not only do they (residents and attendees) see them during the course of their duties at those events, but they (the community) see them at those same events in the regular clothes with their families. I think that is even more important, because they are part of the community.”

Previte went on to note the positive impact his department has had in the area’s largest school district, Niagara Wheatfield.

“The second-largest responding group (in the survey) was the Niagara Wheatfield School District,” he said. “(But) the biggest difference – (and) it has helped a lot on our outreach – is that a lot people don’t seem to realize with Niagara Wheatfield (is) a lot of that district is in the Town of Lewiston. Since we have had our cooperation, our interaction … since we have had a full-time SRO in that school, (it) has made a world of difference – not only with the school but the school district, which includes the people who don’t live in the (actual district), but in the (neighboring towns).

“(They) have more interaction with my officers, my department, than they do with their own police department where they live, because of our SRO. Because they are part of the school, they are actively involved with stuff going on their kids’ lives as well. So, that has really helped us.”

“SRO’s help build the relationships with kids (and) when they are down the road – in law enforcement,” he said. “I can’t tell you how many times we run into kids, even something like DARE – my officers when you see them on a call – it helps diffuse a situation because maybe this guy is 20, 25, now, and they’ll say, ‘You taught me DARE in school.’ That changes the whole (thing). It just brings it right down. It helps things because they recognize them. They’ve been part of their life before.

“I was surprised by that (response) and encouraged by that. That was interesting.”

So what’s the next step for LPD with the state’s Police Reform and Reinvention Collaborative? Previte said its purpose “was to identify anything that we needed to address.”

“(While) the majority of things were positive, the things that were mentioned in (the survey) are things that … we already identified. As a committee that we kind of targeted already. Such as training in racial diversity.

“We have not had that issue here, so that training and us implementing that as part of our plan is part of our way of making sure that that does not ever (become a problem.) And (that) we remain that way, so that we’ve identified issues and looked at things that not only needed improvement, but things that we satisfied, that we think we’re doing well with became part of our commitment and our plan. How well do we make sure that that continues, either through training or different programs. Those are the biggest things.”

In the River Region, “It’s working with the people that come in,” Previte said. “The (Lewiston) community itself is not that diverse as some other places, that’s anything we have no control over obviously. But what I would say with that is, it doesn’t mean my officers don’t interact (or) that contact (with) diverse populations, because we have tons of visitors (at Artpark and the festivals).”

LPD has not had a race-related incident, and “We’re thankful of that. But I think something like this helps reinforce, maybe that other people see that it’s not an issue here, too,” Previte said.

While racial diversity is a main focus on the state’s police reform initiative, the response found in the survey of the community, “doesn’t seem to indicate that (it’s a problem). My job is to make sure that it remains that way. That it continues, that we don’t have an issue” here,” he added.

A final plan must be submitted to the state by April 1.