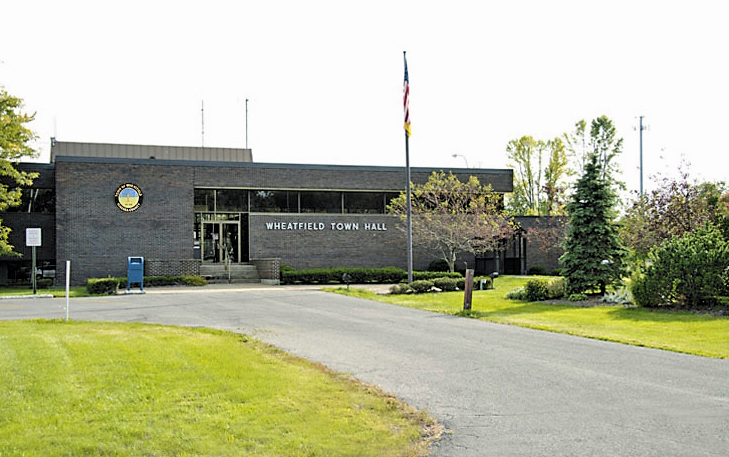 Wheatfield Town Board to return to in-person meetings

Tuesday’s Town of Wheatfield board meeting revealed the March 17 session will mark a return to in-person gatherings in the council chambers. The board has been meeting via Zoom since November.

Parks and Recreation Director Mike Ranalli said baseball/softball/T-ball registrations have begun for the summer season and, so far, interest is exceeding expectations.

“Our numbers are fantastic, to be honest. People are really excited to get back – and for their kids to get back – into a team sport; playing with their friends,” Ranalli said.

“Our numbers are ahead of where they were the last four years. As of Friday, we’ve had 150 signed up. I don’t think we’ve ever had at this point in time more than 130 signed up.”

He said the department is hoping the momentum keeps up until registrations close March 26.

Ranalli also said the department is in the process of planning and coordinating a summer camp this year.

“We fully intend on hosting a summer camp this year. It may look a little different than what it has in the past, but we are going to work with the Niagara County Department of Health and make sure we can do it safely as possible. That’s our goal,” he said.

Town Supervisor Don MacSwan also announced the public Shawnee golf course is now open and that he and Ranalli would meet with course officials next week to discuss the allowing of golf lessons.

The board also authorized the Parks Department to make two purchases. The first, for $2,510.85, is for a snowblower for a John Deere tractor. The second and definitely most fun was a gravity rail swing for Fairmount Park at a cost of $30,140. Described as a “track ride,” the playground piece looks like a combination swing/self-propelled rollercoaster that lets kids swing wildly as they whip through the air.

Ranalli said it may be the first such piece of equipment in WNY. To see the equipment in action, visit www.miracle-recreation.com/featured-products/gravity-rail/.

A salt spreader purchase for the Water/Sewer Department’s dump truck was also approved for $4,800.

Tim Zuber of Wendel Engineers gave the monthly Planning Board report, which featured some updates on a pair of controversial solar projects.

On Feb. 3, the board discussed a proposed solar project at 3636 Mapleton Road, where Dimension Energy LLC (dba Wheatfield CSG LLC) plans to build a 5 MW utility-grade solar array. Changes to the plan since the project’s last appearance before the Planning Board on Nov. 3 were discussed, including residents’ concerns about screening. Proposed plantings of varieties yet to be determined will be 5-6 feet high, leaving the 15-foot panels visible until the screening grows much higher. Other items discussed included the equipment pads and whether they provided containment if there was an oil spill/leak from the transformers/inverters.

The project will need a public hearing for the special use permit.

On Feb. 17, the board discussed another proposed solar project, for 3655 Lockport Road, where CVE Solar is proposing a 4 MW solar array. The project proposes single-sided stationary panels that would be 8 foot, 9 inches, in height and would not utilize any battery storage of power. The board discussed several issues, including a requested variance from the 250-foot setback from the inhabited building and structure. Members reviewed procedural issues with the Niagara County Planning Board and SEQR and continued discussions over landscaping and screening and the design of the access road. No action was taken.

Assessor Kelli Coughlin urged Wheatfield residents who are turning 65 in 2021, and have an income below $90,550, to contact her office and get an application for New York state’s Enhanced STAR program. The deadline to apply is March 1. The assessor’s office can be reached at 716-694-9102.

On the subject of the STAR program, Coughlin and 10th District Legislator David Godfrey advised residents to be cautious when it comes to some recent changes made to the program by Gov. Andrew Cuomo.

Instead of a straight exemption of the payment of some school property taxes, the state has rolled out an option to receive a credit, or check, for those savings later. Coughlin detailed some of her concerns about the state’s plan. She said she sees wrinkles that need to be ironed out.

“I totally would never recommend anyone get the STAR credit, because I always fear that they are not going to have enough to pay their tax bills and then they get the penalties and the fines and all that stuff. So until the state has everything worked, I’m not 100% on this. … I believe you should stay on the STAR Exemption,” Coughlin said.

However, a current bill in the State Legislature could make the change permanent. If it passes, Coughlin said assessors would have to put applicants for this year into the credit program.