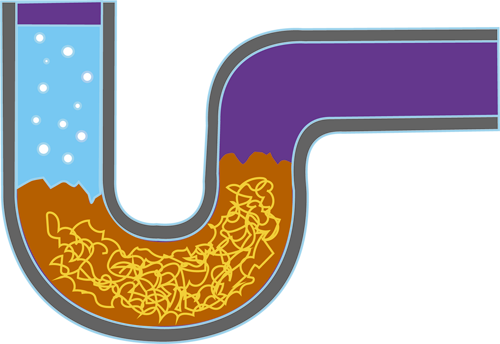 Board votes to add grease trap penalties to municipal code

May festivals not likely, but hope remains for summer

For more than a decade, past and present trustees in the Village of Lewiston have complained about inadequate grease traps in restaurants – and, even worse, eateries without any grease trap.

On Tuesday, the board voted to adopt a local law wherein a negligent restaurateur will be responsible for Department of Public Works fees related to grease backups.

“Every time it happens, it costs us money to go and clean out his lines and our lines,” Mayor Anne Welch said.

She explained, “We had wording that we’re going to add to our code. … We have a lot in our code already that takes care of the grease and the lines and stuff, but just to add this one little section. It says, ‘Sewer backups and plugged sewer lines caused by the discharge of grease into the sanitary sewer lines from businesses, the owner will be charged for the cost of the grease removal and cleaning of the sewer lines.’ ”

Fees could be as little as a few hundred dollars, or as high as $2,000, depending on the level of work required to unclog the lines. Additional fines could be levied should court action be necessary.

On Wednesday, DPW Superintendent Larry Wills said, “What happens with grease in the restaurant is … from the dishwashers and the sinks, the grease is warm. … It’s hot and flowable. So, once it runs down their sewer, and it starts to hit our main – or maybe downstream in the main – then it starts to solidify and starts sticking to the inside of the pipes. The sewer main pipes. It starts to build up and then it causes blockage going back up the street.”

The DPW has to clean out the grease and any debris it collects.

“The Town of Porter, the Town of Lewiston and the Village of Lewiston, and the Village of Youngstown all chipped in a few years ago to buy a new sewer jet. It’s a water jet that we clean the pipes with. So, we have to go down to the sewer plant, get the sewer jet, and then start jetting the pipes. Now, once we clean the pipes, the grease ends up in the wet well lift station down on Water Street. And then I have to hire Modern Disposal to come in and suck the grease out of the wet well, and out of several manholes in between,” Wills said. “And also on top of all that, we spent $100,000 on pumps down there a few years ago that we’re trying to save their lives for, because they’re so expensive; and the grease is what tears up everything.”

This is where the cleaning process becomes even more expensive.

“It’s roughly $1,500 to $2,000 every time I have Modern come in to suck the grease out of the manholes and the wet well down at the lift station. And I do that approximately twice a year,” Wills said.

The DPW checks in with each village restaurant to monitor the grease traps, so staffers know which entities are properly disposing of grease.

In addition to equipment fees, penalty amounts also could be determined based on DPW manpower and hours. Wills said his department uses a state rental regulation.

“In other words, the sewer jet – the sewer jet is approximately $250 an hour to operate,” he said. “Even though we already own it, we figure out the rental rate per New York state laws. And so, I add the $250 an hour times a couple hours, and then I have, say, three or four people – the employees – they’re getting paid by the hour. And, of course, there’s regular time, then there’s time-and-a-half. And then, of course, on holidays there’s double time.

“That’s how we figure out that rate.”

Wills emphasized most Lewiston restaurants are compliant with the grease trap regulations.

“A lot of restaurants have had grease traps for many years,” he said. “There wasn’t really much of a regulation on what size grease trap that you were able to have years ago. And, as long as you had a grease trap, you were fine – that’s how it was years ago. Well, nowadays, they realize that the bigger grease traps catch more grease at a farther distance away from all the hot water. That’s what’s helping to keep grease out of the system.

“We’ve been trying to work with a lot of restaurants for a few years now, and most of them are complying, and we only got a handful of restaurants left that have not complied.

“We’re just trying to be fair. We’ve been working on this for years. And, you know, some people work with you, and some people don’t.”

The Village Board approved two summer festival event requests from the Niagara River Region Chamber of Commerce. Permission was granted to close Center Street from Seventh to Fourth streets for the Northwest Jazz Festival, set to take place Aug. 27-28. Event organizers can use the International Peace Garden, DiCamillo Courtyard and Hennepin Park for performances, and Academy Park for overflow parking.

Coronavirus restrictions are still in place, and vaccinations have been slow-going. Accordingly, this request had a proviso that, “If large festivals are not permitted, there are secondary plans in lieu of a street festival to focus on small performances at The Peace Garden, Hennepin Park or Academy Park.”

A second motion was approved for the Lewiston Harvest & Hops Festival. The Chamber of Commerce asked to close Center Street (from Eighth to Fourth Street), Niagara Street (Center to Plain Street), North Fifth Street (Ridge Street to Center) and South Fifth Street (Center to Plain) on Sept. 25-26. It also requested use of Hennepin Park and the Peace Garden for events, and Academy Park for overflow parking (weather-permitting).

Following the meeting, Chamber of Commerce President Jennifer Pauly said, “No official word on (if the Jazz Festival) will happen until March, by the Jazz board. By then the board will have an outlook on if a festival is possible (not only looking ahead on if NYS would allow it, but logistical planning as well as sponsorship, musicians, etc.).

In a column submitted for last weekend’s newspaper, Pauly said the May festivals – Smelt and Taste of Lewiston – are not happening in 2021.

Next on the festival/large event calendar is Memorial Day.

Norm Machelor, who chairs the committee spearheading the parade and luncheon, said, “We’re considering it, but it doesn’t look good.”

That said, Veterans of Foreign Wars Downriver Post 7487 Cmdr. Bill Justyk assured, “We are going to have our ceremony. I can guarantee you that.”

In November, the VFW held a small, socially distanced Veterans Day ceremony at the new “Circle of Honor” memorial at Academy Park.

Deputy Mayor Vic Eydt donated $350 to the new inclusive playground to be built in Marilyn Toohey Park, behind the Red Brick Municipal Building. He said this is in honor of his granddaughter, Zoie.

“My main objective was that my granddaughter’s had some learning disabilities. I had some extra money; I wanted to give it to the park, because she loves going to the park,” Eydt said Wednesday. Deputy Mayor Vic Eydt presents a check in the amount of $350 to Mayor Anne Welch for the inclusive playground project.