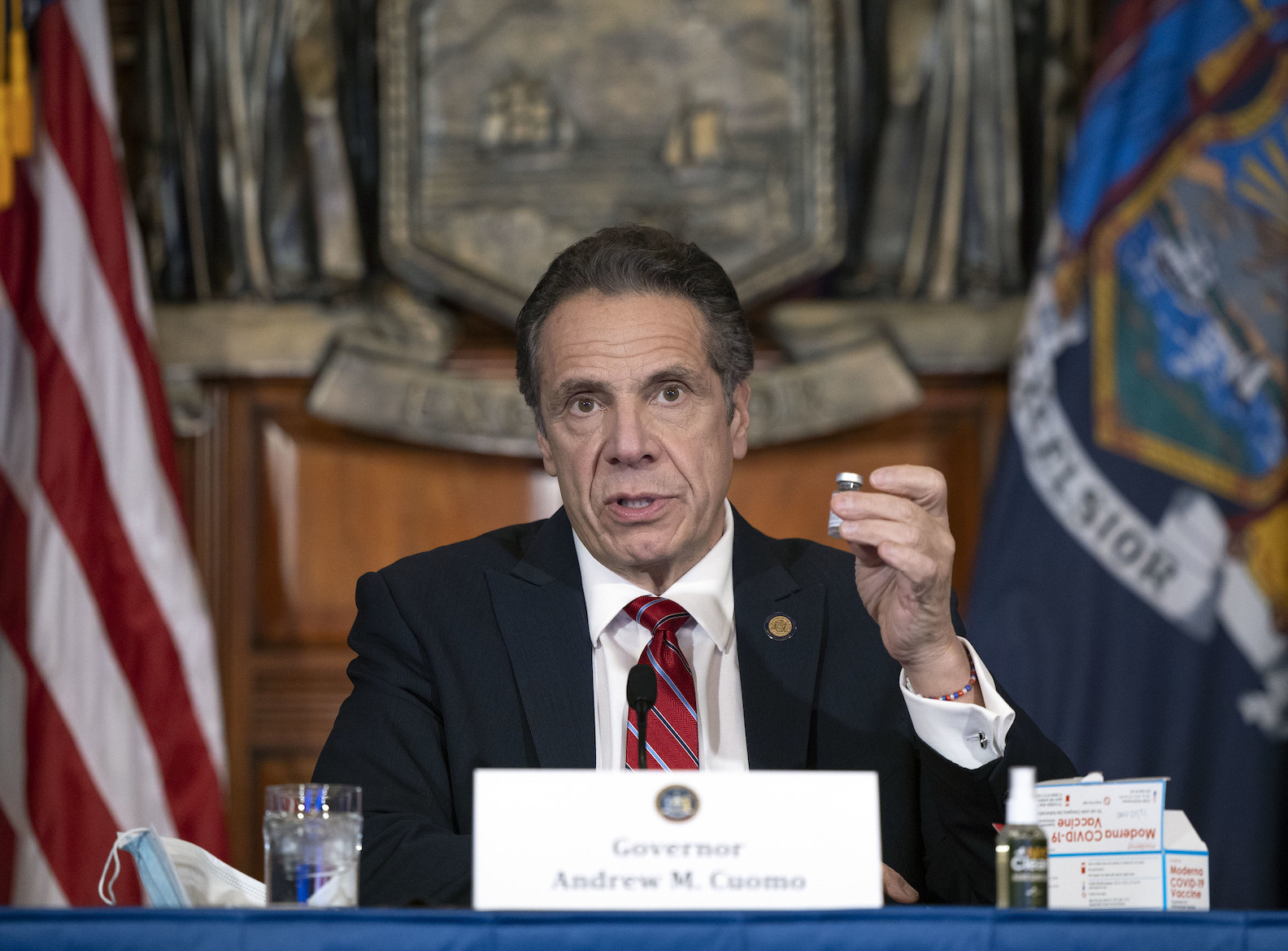 Under proposed plan, 6,700 fans would be allowed to attend; admission contingent upon negative test result

Gov. Andrew Cuomo on Wednesday announced plans are currently under development to allow fans to attend the Buffalo Bills' first home playoff game in more than two decades under strict COVID-19 protocols. Under the proposal, which is being developed cooperatively between the Bills and New York state, fans in attendance would be required to receive a negative COVID-19 test result before being allowed into the stadium. Contact tracing will also be conducted after the game.

If implemented, this plan could serve as a model for reopening entertainment venues across New York.

"New Yorkers are incredibly proud of the Buffalo Bills and, with their first home playoff game in more than 20 years coming up in just a few weeks, we are working closely with the team to develop a plan to allow a limited number of fans to attend the game," Cuomo said. "Not only would strict mask and social distancing guidelines be in effect, but under the current proposal, this would be the first stadium in the nation to require that all fans obtain a negative COVID-19 test before entering.

“If a final agreement can be reached and the plan works, this could also serve as a model for reopening other entertainment venues across the state. Bills fans have been waiting decades for another home playoff game and, after such a tumultuous year, they deserve the opportunity to be able to root for their team in person, as long as it can be done safely.

Under the plan submitted by the Bills to the state, team staff will control all exit and entry points to the stadium and only fans with a documented negative COVID-19 test would be allowed inside. To facilitate testing prior to the game, the State Department of Health would facilitate the deployment of rapid testing resources. If implemented, this would be the first stadium reopening plan in the nation to require testing and contact tracing.

Once inside the stadium, fans would be required to wear a mask at all times and adhere to strict social distancing protocols. Fans who refuse to comply with these protocols would be removed from the stadium by Bills' security personnel. Ushers will also be present in throughout the stadium to ensure all fans are in compliance.

As part of the state's review, personnel from the Department of Health have traveled to other stadiums outside of New York where similar protocols are in place to confirm their effectiveness.

Tailgating would remain banned under this plan – and New Yorkers are being reminded to avoid gatherings and parties before, during and after the game as these events are prime for viral spread.

New York State Health Commissioner Dr. Howard Zucker said, “As the governor mentioned, this would be a demonstration project. It's a public health model that's never been done anywhere in the country before. As the governor mentioned, what we will do, we will work with the team to get all the fans tested who are coming in beforehand, 6,700 people prior to the game. We will have proof of a negative result prior to entering. We will work with the team and we will do contact tracing afterwards and, as I said, this is a demonstration project.

“My concern here is, we can control how fans come into the stadium. We can control other factors as well dealing with the stadium, but the ancillary events, the parties where this virus can spread, the events of the airport is a classic example, which we saw the other day. Thousands gathered without masks and that's how disease spreads.

“So, how do we control that? That is really the question. That's what we are working on as well and this is all obviously community spirit. We are extremely proud of the Bills. We are all New Yorkers. We work on these things together. We will get through it, but that is our plan as a demonstration project, governor, and no one else has done this in the nation before.

Budget Director Robert Mujica said, “The Bills have submitted a plan that the state is reviewing, and we've gone back and forth with them on the elements of the plan, but they will control ingress and egress in the stadium. They will have social distancing within the stadium; masks will be required at all times. Fans who are not wearing masks or won't wear masks would be ejected from the stadium if they if they are not. There will be ushers in every section, some sections will be closed off and, as Dr. Zucker mentioned previously, the Department of Health actually went to another stadium to see how some of these protocols could work, and they're comfortable with that. The testing is the newest piece, which no one else is doing anywhere in the country; but as the governor points out, this would be the beginning to start to show how you could start events with testing and all of the other mitigation factors we have. This would be the first in the nation and the first in the northeast.

Erie County Executive Mark Poloncarz issued the following statement regarding this proposal: “My administration and the Erie County Health Department have not been a part of any discussions regarding the ‘demonstration project’ announced by Gov. Cuomo to allow 6,700 fans into Bills Stadium to see a football game and we have no information to add on the proposal. Despite being on several calls with NYS officials for a variety of matters related to the COVID-19 pandemic over the past few days, no such proposal was brought up and, additionally, my recent conversations with staff from the Buffalo Bills indicated to me that, while the Bills submitted numerous plans to return fans to the stadium in past months, they were unsure whether any of the plans were being actively considered by the state.

“Furthermore, a decision to allow fans into the stadium must be made no later than the middle of next week in order to properly prepare for a game in two weeks, including the sale and distribution of tickets to fans and the activation of appropriate support staff for such an event. Therefore, a decision must be made by the middle of next week to properly prepare for such a game.

“Finally, it must be noted Erie County does not have the capacity to do rapid testing on 6,700 individuals in either a pregame or prior day setting – the county performs on average 1,450 COVID-19 tests per week for all tests (Abbot ID Now Rapid Tests, Abbot BinaxNOW rapid tests, and traditional PCR tests) – and that NYS or the Buffalo Bills organization would have to conduct both these tests and the related contact tracing.

While we will work with NYS if needed on this proposal, Erie County has not been a part of its formulation and we have no details on how or if it will occur.”

Poloncarz abruptly ended his press conference on Monday, seemingly annoyed at the Buffalo Bills questions he was receiving from local members of the media. He said the recent number of coronavirus-related deaths (60) was far more significant. To date, that number is at 1,061.