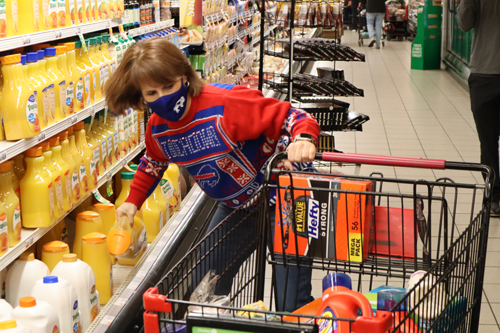 Tracy Paonessa is shown on her shopping spree.

Photos by DePietro and Wayne Peters

Who doesn’t love “Supermarket Sweep”? The frantic, fast-paced, shop-til-you drop game show ruled the airwaves in the 1960s, and again in the early 1990s. It even has a reboot currently airing on ABC.

One lucky shopper got to have that experience herself on Monday, courtesy of DiMino's Lewiston Tops. During week four of Intandem's holiday raffle – a fundraising effort to support the disability service – Tracy Paonessa of Lewiston won an opportunity to participate in a "shopping experience” where she was given two minutes to fill her shopping cart with as many groceries as she could fit.

As the horn sounded, Paonessa rocketed off the starting line and blazed her way throughout the store as family members and fellow shoppers cheered her on. In total, Paonessa snagged $266.70 worth of groceries before the timer ended (just over $300 before Bonus Card savings). 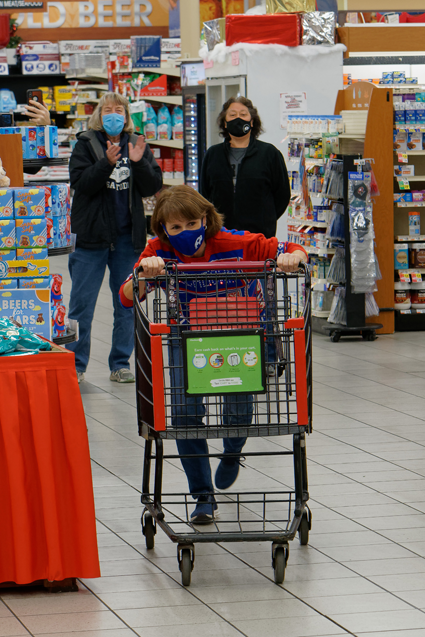 Tracy Paonessa on her shopping spree. 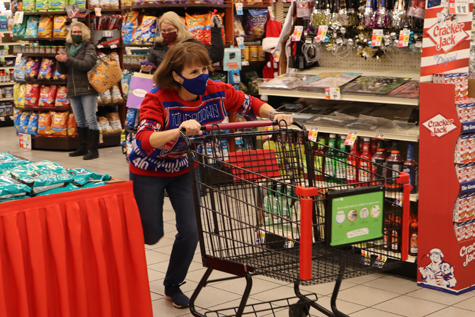 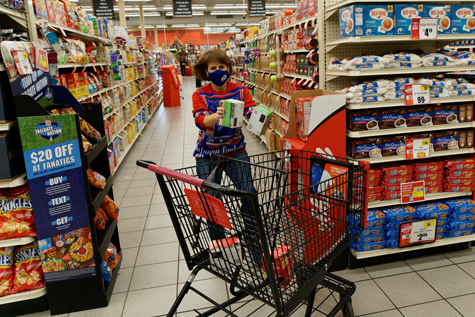 Asked about the experience afterward, Paonessa called it “a lot of fun” and said the hardest part was running with her mask on. She admitted being a little nervous about the experience beforehand even though, as a frequent shopper, she knew the store’s layout pretty well.

However, as Paonessa explained, she wasn’t nervous about simply not getting enough groceries for herself. She had a heartwarming reason for trying to rack up the final bills.

Per the giveaway, the groceries themselves were paid for by DiMino's Lewiston Tops owner Anthony DiMino. Paonessa announced afterward she would be matching the price of the groceries with a monetary donation to Intandem.

“(I was) pinpointed to what I really wanted to get to make it worth it, so I could pay it forward. That was my philosophy,” she said.

“We started this holiday raffle because 2020 has not been very friendly to us,” she said. “We had to cancel our first three fundraising events. So this raffle has made up some of that progress. We've had some great sponsors. Upstate Pharmacy is our principal sponsor and Mr. DiMino has been very generous on doing this for us. So, it's been very successful. All proceeds benefit individuals with disabilities that Intandem services. And the individual population right now needs our help more than ever.”

Intandem’s holiday raffle began Nov. 4 and will conclude Jan. 6, with cash and prizes drawn each week via Facebook Live. Tickets are still available and can be purchased at www.intandem.org/2020-raffle-events. 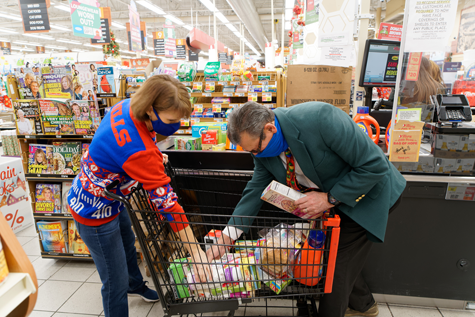 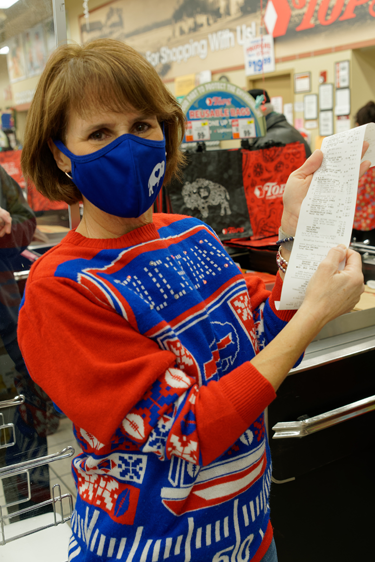 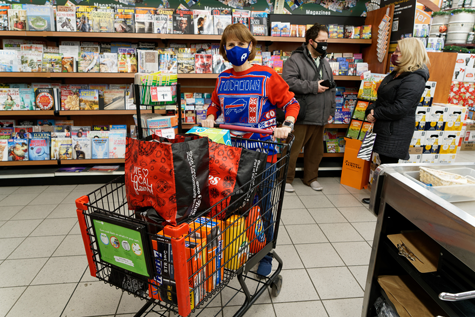