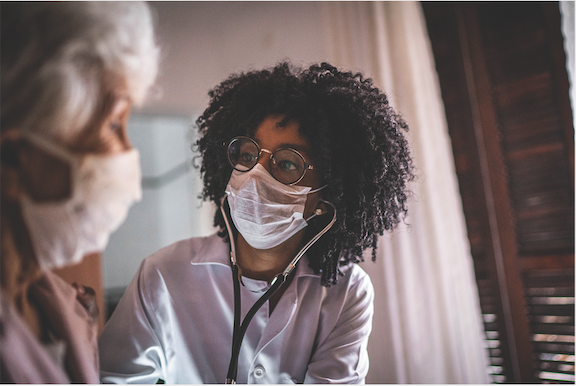 Though Erie County has made statewide headlines over the past month for its high number of coronavirus cases, more attention is starting to shift to neighboring Niagara County – where 11.5% of people tested for COVID-19 on Tuesday were positive. The seven-day average at that point was 8.6%, which was second in New York (only trailing Allegany County’s 9.1%).

√ The Town of Lewiston had 194 tests for the year. That number, as of Wednesday morning, expanded to 463, with 121 active cases.

√ The Town of Porter and Village of Youngstown’s combined total of 54 grew to 167, with 59 active cases.

√ Even Barker, which, as of Nov. 9 had reported no coronavirus cases, was up to four (with one active case).

Niagara County had 189 positive tests on Tuesday, while Erie County reported 646 people diagnosed with the coronavirus.

Across New York, coronavirus cases have precipitously increased this fall. Gov. Andrew Cuomo, Health Commissioner Dr. Howard Zucker and National Institute of Allergy and Infectious Diseases Director Dr. Anthony Fauci have pointed to in-person gatherings as the root cause for this “second wave,” and specifically signaled out Thanksgiving.

“People are getting together. The (Thanksgiving) holiday, depending on the experts you talk to, they were figuring we'd see the impact starting in a week to 10 days. I think we saw that, but I think most of this started back when Halloween started,” he said Wednesday. “We saw a number of cases directly linked to one or two parties. I think that's really what started the surge – at least around here in this part of the state – is those Halloween parties that were identified; the fact that people were getting together.

“And I think, rather than having that trend go up around Halloween, having a plateau and then dropping again, it didn't drop again. It brought up to that plateau and then it precipitously went up from there.

“I think Halloween started it. Thanksgiving reinforced it. And, of course, our concern is that the next few weeks will continue to have people getting together – with family, and with neighbors, with people outside of their family household – and that those things are going to continue to increase from there.”

With the holiday season here, Cuomo said he expects a statewide plateau won’t happen until the middle of January.

“Based on who you listen to, we're expecting to know where things are probably by the second or third week of January,” he said. “We're hoping that people get this opportunity over the next four weeks, let's say, to be able to control their desire to be able to hang out with people outside of their household. We all know that's difficult, but we do know that we don't want our health care system to be too busy to not be able to handle this surge, or to be overwhelmed. So, we really all need to do our part and follow the very well-known rules about wearing masks, avoiding close distance, avoiding large crowds, and just trying to control our urges to want to be out and hanging out with large groups of people.” 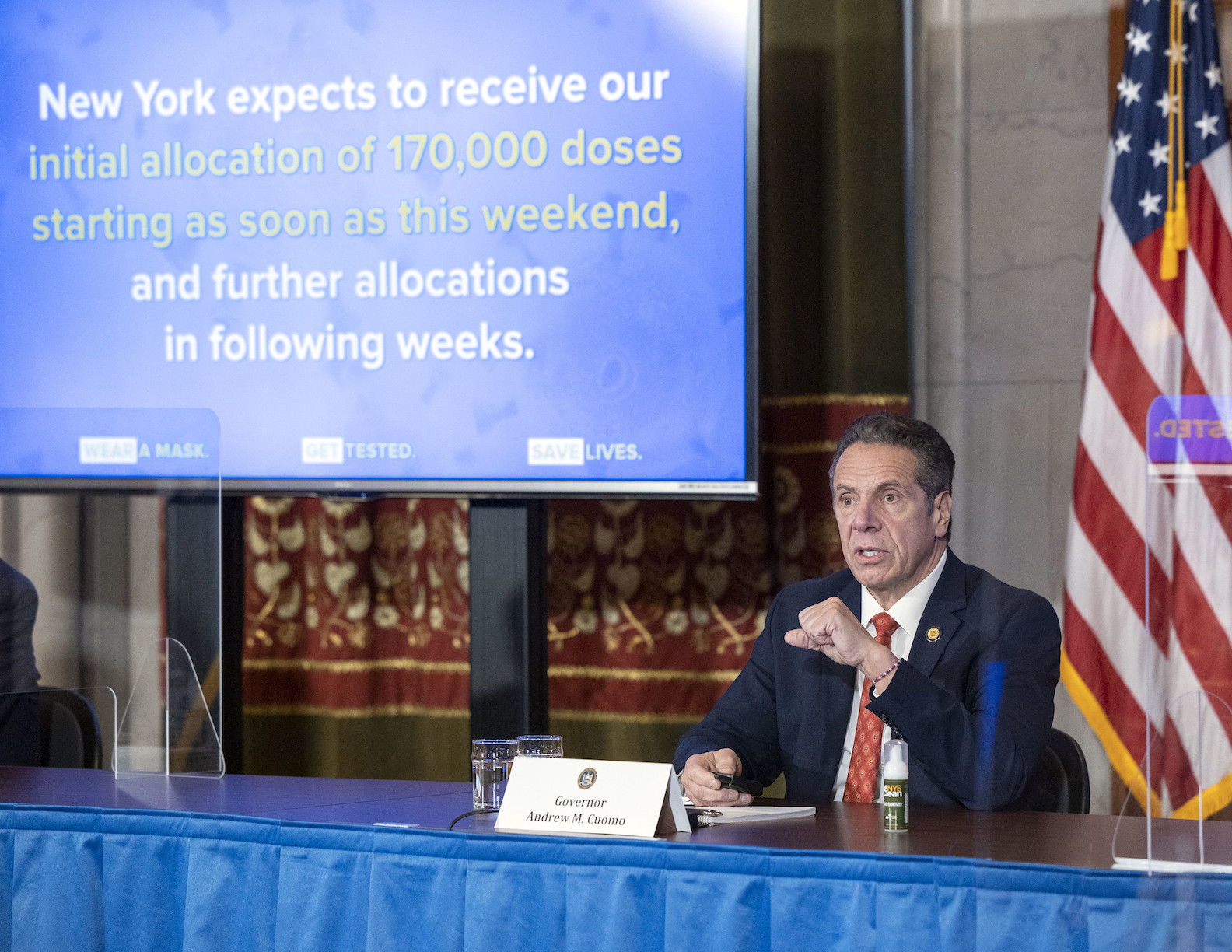 Some Niagara County residents have speculated people from areas with a higher COVID-19 infection rate have brought the coronavirus here. Stapleton said he hasn’t seen or heard much to suggest people from Erie County – where townships are mostly in “yellow preventative” and “orange warning zone” micro-cluster areas – have come into Niagara County and affected the infection rate.

“Our message has been to people that we expect everyone to follow the rules, regardless of whether they live in Niagara County or not,” Stapleton said.

A bigger problem, he noted, is those small social gatherings.

New York was put on “PAUSE” last spring to slow the coronavirus spread. As spring turned to summer, the state reopened and people resumed going out and socializing – of course with restrictions and mass event cancellations in place. Having that freedom then has now made it more challenging to convince people to hunker down for a second time.

Stapleton said, “People have a fatigue of COVID that, for some of them, is overwhelming.”

He added, “It's been a long haul. And we finally see what could be a major impact on controlling the spread of the virus, at least in the fairly near term in a number of months, that could really stop it. But we need to step up our vigilance now, more than ever, with the numbers increasing the way they are. We need to make sure we all take responsibility for protecting others.

“People don't know when someone that they hang out with if they've been exposed in some other way. So we really need people to increase the vigilance. We know it's difficult. But we know that the health care workers, the providers and nursing home staff, the essential workers, are all really working hard to protect us. And we don't want to let them down.”

In announcing New York would receive an initial shipment of Pfizer’s coronavirus vaccine this month, Cuomo said this preventative measure would be “the weapon that will win the war” – that the pandemic will end once 75% of the general public is vaccinated.

But both he and Fauci said they’re worried public skepticism or concern about possible side effects – or lack of adequate preventative power, for that matter – would delay people from getting vaccinated.

Stapleton said, “I definitely would encourage people to take it when it's available.”

He noted the U.S. Food and Drug Administration and Cuomo’s own team of medical experts have and will continue to vet vaccines from Pfizer and other drug companies.

“A lot of people have put their entire career and their life's work in creating vaccines, so I'm confident in the work that they do,” Stapleton said. 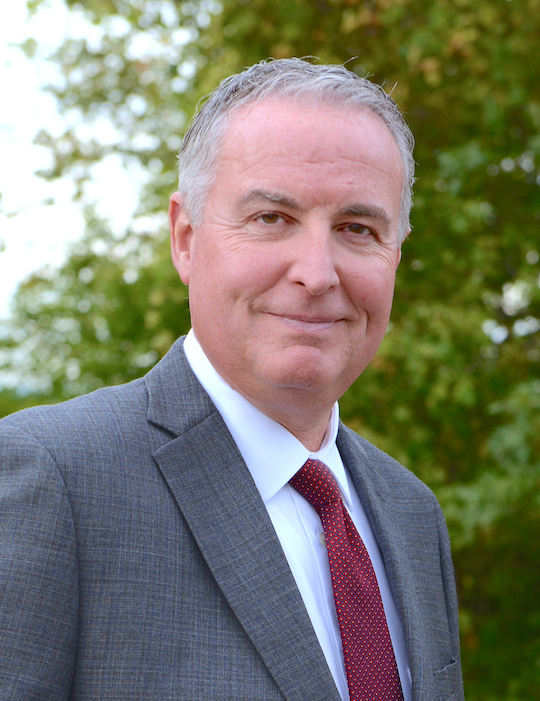 “The way the vaccine is going to work is the federal government will be responsible for the procurement and the distribution. The military is doing the transportation with private companies, and they will send it where we ask them to send it. We then set the priorities for not only where it goes, but who gets it,” Cuomo said Wednesday. “The first allocation is for nursing home residents, nursing home staff and high-risk health care workers. We've identified 90 regional centers that can keep the vaccine at the required temperature and they'll act as distribution centers for that region.”