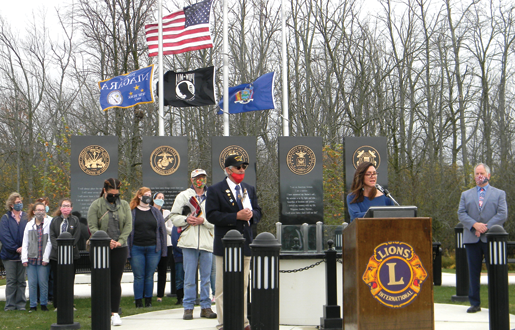 Veterans Day in the Town of Niagara was one of honor, appreciation and remembrance for the dedication to service of all the nation’s servicemen and women.

Held at the new vets memorial site at Veterans Memorial Park on Lockport Road, the program was presented by the Town of Niagara Lions and Lioness clubs, color guard members of Boy Scout Troop 841 and town officials.

Leading off with a performance of the “Star Spangled Banner” on trumpet by town resident Nick Cofield, were testimonials by Town of Niagara Supervisor Lee Wallace, town officials and Lions members and prayers offered by the Rev. Ron Maines of Forestview Church of God.

Historian Peter Aimes discussed the Hometown Heroes, a project by the Town of Niagara Lions and the town that honors local service men and women. Sponsored by local residents, it recognizes the merits of their service with banners placed on light poles throughout the town.

“You’ll notice the Hometown Heroes banners on the streetlights and park entrance up to the Veterans Memorial. They’re town residents who served the military during the wars the U.S. has been involved in, from the Revolutionary War to Afghanistan.”

Jacobsen said that, through Hands Helping Heroes, founded in 2014, she has hoped to give back for all the commitment and dedication to this country, the nation’s veterans present. In addition to her work with Hands Helping Heroes, availed to service members via Jacobsen’s Family Chiropractic practice, she also hosts an elaborate picnic celebration for service members at Niagara Falls High School each September.

The event serves as “an abundance of appreciation for our armed forces,” she said. “America was founded by men who were willing to risk everything for their ideal and their convictions, any man or woman who has enlisted in our military has done the very same.”

Reminding attendees of the whirlwinds of change the country experiences, especially in 2020, she said, “It has never been more vital than it is today for each us to stand up (as the nation’s veterans have done) and do the same ourselves.”

“You men and women have served your time, you did your duty, now it is time for us to do ours,” Jacobsen said as she reminded all of their obligation to always honor the nation’s service members. “Thank you veterans, thank you for your service, your honor, for the multitude of sacrifices you have made in serving our country. Your stories resonate in my heart; it is why I do what I do, and why I will continue to create a movement for more understanding and appreciation for what you have served for in the armed forces.

“The politicians may make the laws, but it is the blood, sweat and tears of our military that makes it all possible. God bless each and every one of you, with great sincerity.”

The program concluded with expressions of appreciation to attending service members by Scout Troop 841, patriotic songs and the playing of taps by Cofield. 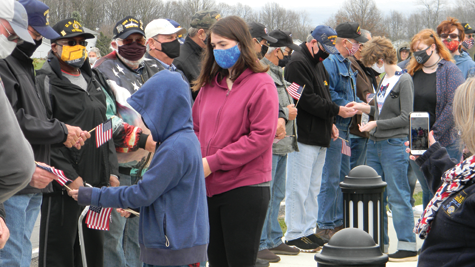 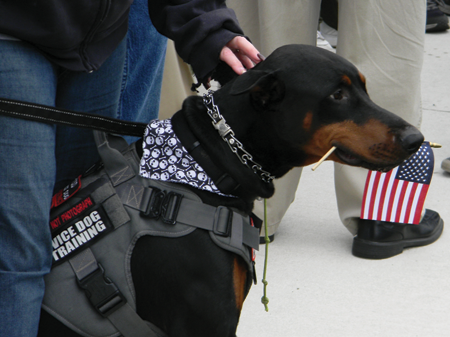 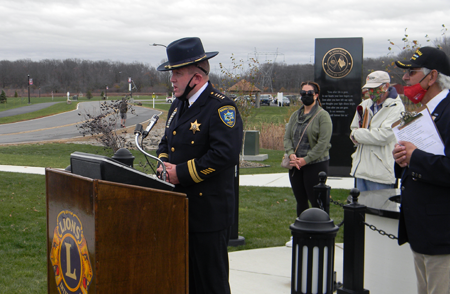 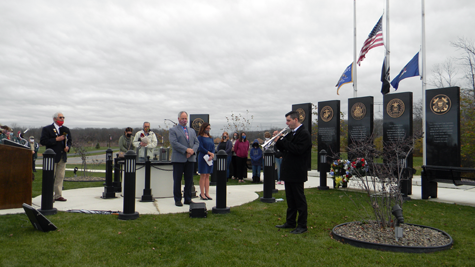 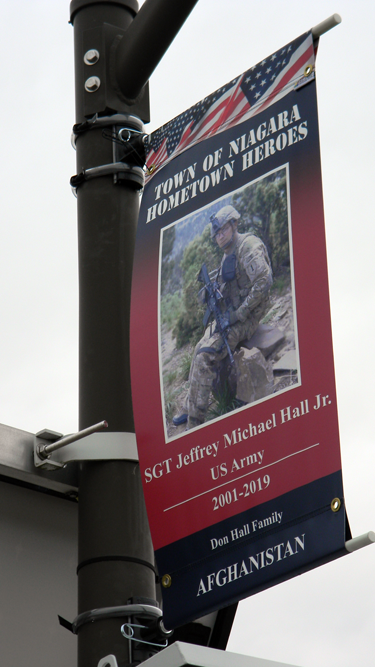