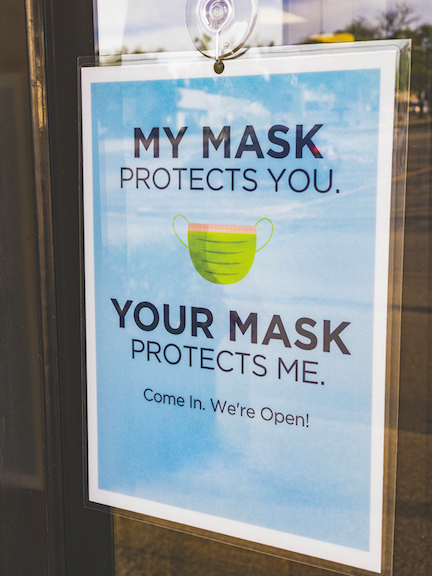 Poloncarz: 'We should not be the highest region in New York state'

Speaking to the press Wednesday afternoon, Erie County Executive Mark Poloncarz said Western New York controls its own destiny – and will determine if Gov. Andrew Cuomo rolls back “New York Forward” reopening permissions – based on how its residents respond to the coronavirus.

The region has had the highest positive infection rate for the past two weeks, while Erie County, specifically, has daily had the second-highest number of new cases in the state – only trailing New York City.

Poloncarz said, in part, “One of the reasons, I believe, the state brought in the rapid testing ‘SWAT’ team, so to speak, was to get a better understanding of how many people really have positive cases here; and they are very worried – and I'm worried. And I've been saying this for quite some time now that, if we continue to grow, with regards to the caseloads, then we put ourselves at risk to seeing shutdown of things that just reopened – like gyms and bowling centers – nevertheless the shutdown of indoor dining and bars.

“If you don't believe me. Look at what happened in Pennsylvania, when Pennsylvania’s numbers went very high. … They actually shut down bars and indoor dining again, after reopening them, to stem the tide. And I do not want to see that happen here. It could happen.

“I know from the conversations I've had with other county leaders … they're very afraid of it, but they're also seeing new cases in their communities. So, none of us want to see the state do the ultimate, which is saying, ‘You guys, you can't control yourself, so we're shutting you down.’

“That would devastate a lot of businesses that have already been severely hurt if they had to shut down indoor dining, or bars had to shut down again. I think a lot of them that are hanging by the edge, on the precipice, would probably close.

“(People) like to talk about … ‘When’s this gonna get back to normal?’ I don't think there's going to be a normal that we were used to two, three years ago; but we're in a new normal today. And that means that, if things got bad again, yes, bars would probably be shut down and restaurants might lose indoor dining – and that's uncalled for. It's not needed, because we can control this.

“And it's not going away until we get a vaccine, as (Commissioner of Health) Dr. (Gale) Burstein noted, or we develop herd immunity. And herd immunity requires the vast majority of the population to have been contracted, and we know – based on the numbers from our antibody testing – that we’re only about 7% of the population has been exposed to the coronavirus. So, the vast majority of us … I imagine has not come in contact with the coronavirus. And you're still susceptible to COVID-19. And that goes for everyone else out there. And we need you to act appropriately. I do not want to see a shutdown.

“And if you want to go to a Bills game at Bills Stadium in October, we got to get our numbers down. And we only have ourselves to blame if we can't do it.”