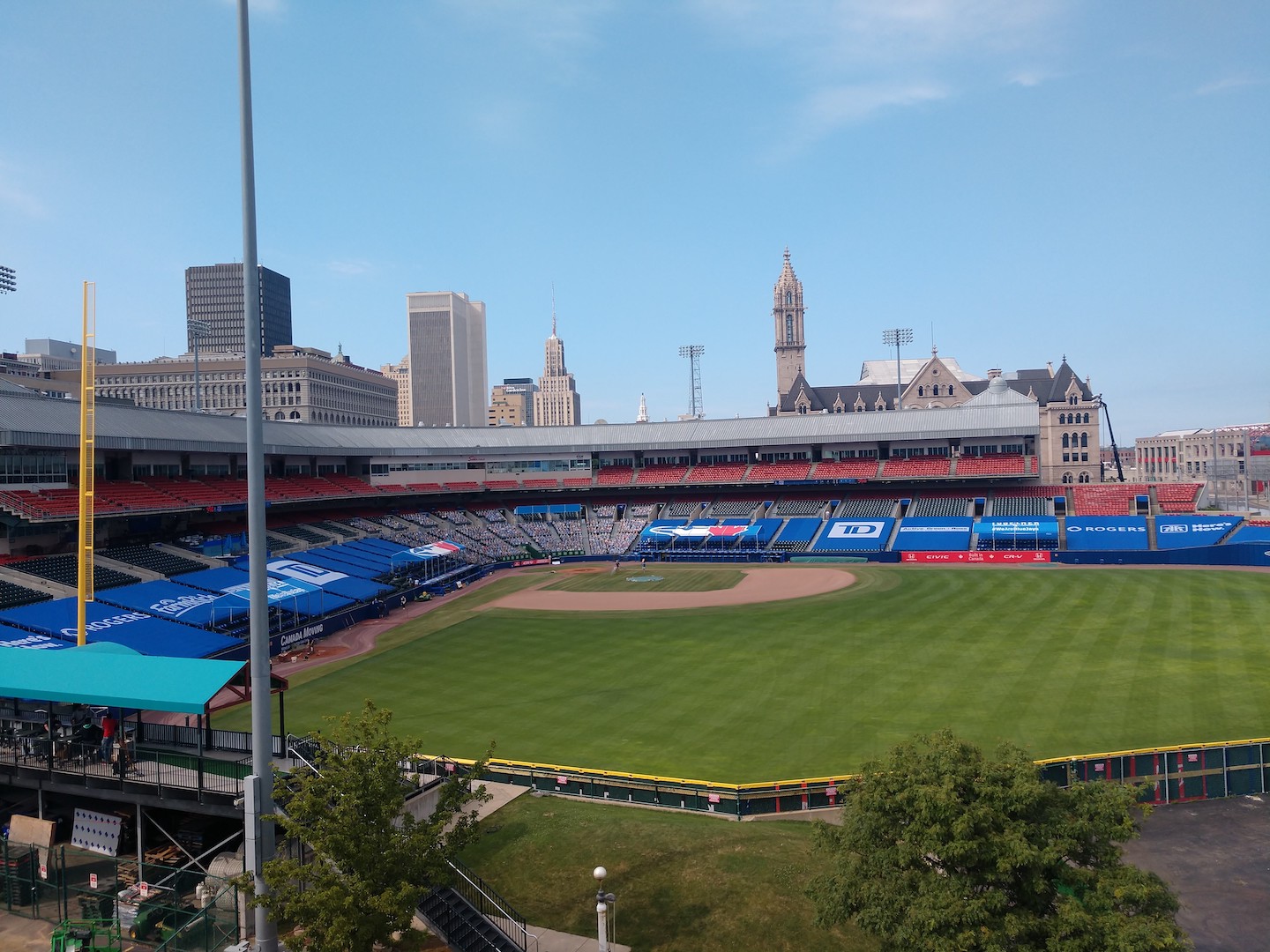 Buffalo's Sahlen Field - the Toronto Blue Jays home away from home for the 2020 MLB season.

When “Play ball!” was heard in Buffalo’s downtown gem of a ballpark, Sahlen Field, at 6:37 p.m. Wednesday, Aug. 11, I experienced tears of joy. The game’s first pitch signified the return of Major League Baseball to Buffalo. The Queen City was a member of the Federal League in 1905.

As the former vice president/general manager of the Buffalo Bisons and a member of the Buffalo Baseball Hall of Fame, I worked closely with Bison owners Bob and Mindy Rich and our entire front office team to acquire an existing MLB team in the late 1980s or be awarded one of the two expansion franchises in 1991 to begin play in 1993. We were not selected but, oddly, one of the two that were, the Miami Marlins, were in Buffalo earlier this month visiting the Toronto Blue Jays for its home-away-from-home-opener during this irregular MLB season.

Although the Richs do not own the MLB team that is calling Sahlen Field home this summer, and although the rabid Buffalo sports fans cannot get a glimpse of any of the action, it is still very exciting for everyone associated with the Buffalo Bisons organization. For the city, county and state, the Toronto Blue Jays being in Buffalo is the best Chamber of Commerce moment this region could have ever bargained for. The positive publicity about the work the Bisons, Jays and MLB did to the facility to create the big league look and feel the city is receiving in many national publications and broadcasts is priceless. It will only be amplified in September when the New York media come into town with the Yankees and Mets.

Can you imagine what it would be like if the Jays continue this modest hot streak into September and qualify for the playoffs? Once there, who knows what could happen. It would be appropriate, though, for Buffalo to have its adopted MLB team win the World Series, and its highly anticipated Buffalo Bills go the distance in the NFL in a season where the COVID-19 pandemic is keeping fans away from sports venues. 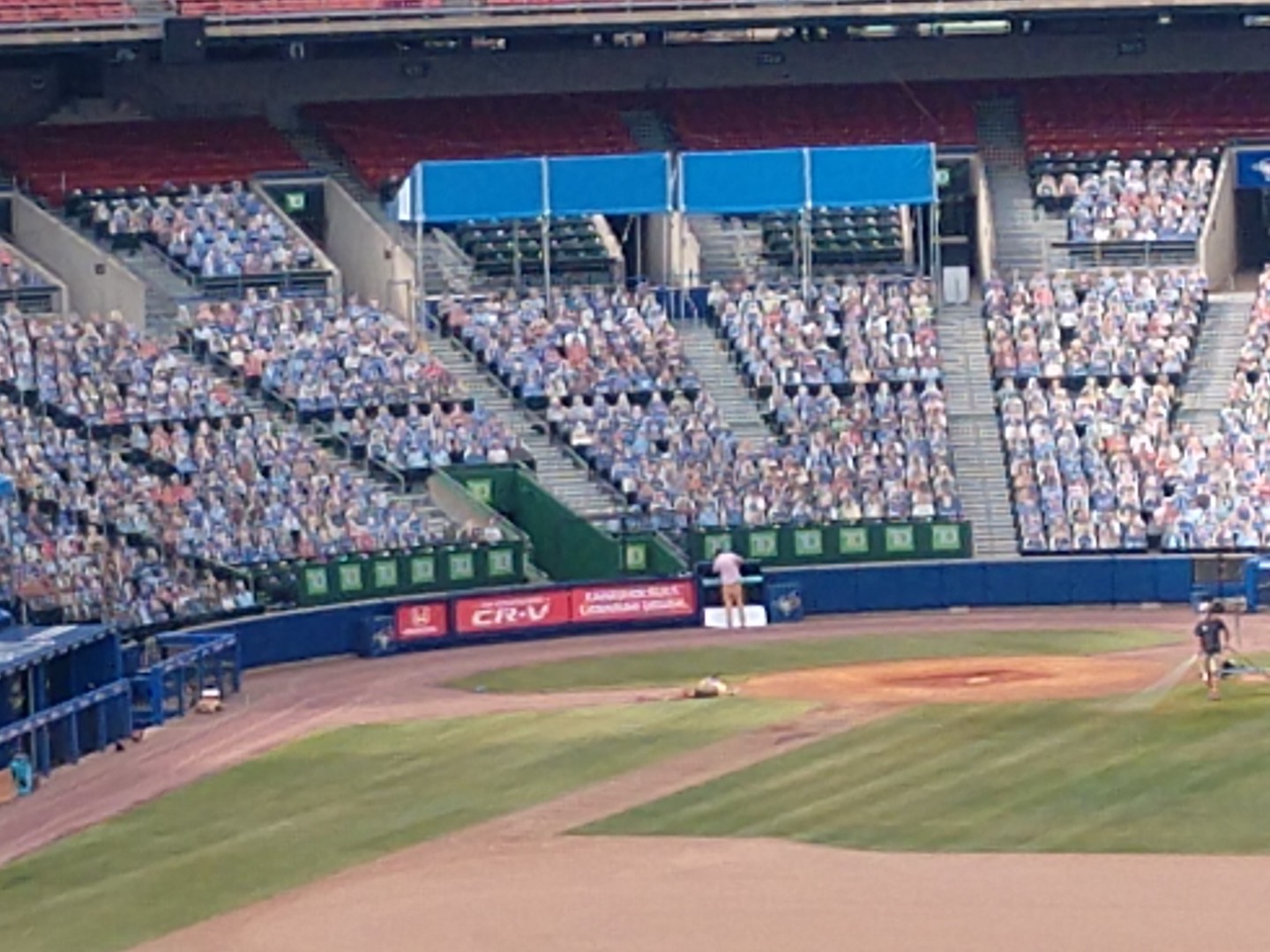 Cardboard cutouts are taking the place of fans in MLB ballparks – like Sahlen Field in Buffalo – as the season begins under COVID-19 restrictions.

There is a twofold reason for my excitement surrounding the return of Major League Baseball to Buffalo after a 105-year absence. First, obviously, is the sense of accomplishment for Bob Rich, who set three goals when he saved professional baseball in Buffalo by purchasing the franchise in 1983: Obtain a Triple A franchise; work with former Mayor Jimmy Griffin on building a downtown ballpark; and bringing major league baseball to Buffalo. Thirty-seven years after establishing those goals for our front office, he is hitting 3-for-3.

Second, the story of the Blue Jays in Buffalo will now be a part of a book Billoni Associates Publishing has been working on for the past three years: “The Seasons of Buffalo Baseball 1857-2020,” an update and revision of “The 100 Seasons of Buffalo Baseball” by Joseph M. Overfield. That book was published in 1985 and, for the past three years, I have been working with Joseph’s son, James H. Overfield, on this book.

On Friday morning at the former War Memorial Stadium on Buffalo’s East Side – now called the Johnnie B. Wiley Amateur Sports Pavilion – we will unveil the cover of Jim’s book, announce it will be released during the World Series in late October, and outline a unique donation of a portion of the proceeds in the name of his father. We are also announcing a special advance sale price is available now through Oct. 1 to preorder the book by visiting www.bisons.com.

We will be using social media, several websites and a “Seasons of Buffalo Baseball” YouTube channel to promote the book. We recently began the interviews in the basement/museum of Grand Island’s sports archivist John Boutet. It was a “who’s who” of subjects included in the book interviewed, including The Famous Conehead; Buffalo News baseball writer Mike Harrington; Duke McGuire, who has been with the club in several capacities since 1979, the color commentator on its radio broadcasts for over 25 years and a key factor in the film “The Natural,” which was filmed in Buffalo in 1983. Kevin Lester was also interviewed. He was quite instrumental in the filming of “The Natural” and also created the “Wonderboy” bat used in the movie.

For Jim Overfield, a retired history professor at the University of Vermont, this has been a labor of love updating his dad’s original book.

“This project has truly been a work of collaboration whereas my dad’s original book was a solo effort by himself in his home office in the Town of Tonawanda,” Overfield said. “It was also a collaboration between me and my dad because, when he was living, we routinely critiqued drafts of each other’s work in progress and made suggestions about they might be improved. I felt I was doing the same with this project. My dad was no fan of the new technology, but I think he would have understood. Of one thing, I’m certain, this would be a better book if he, not his son, was doing the writing and editing.” 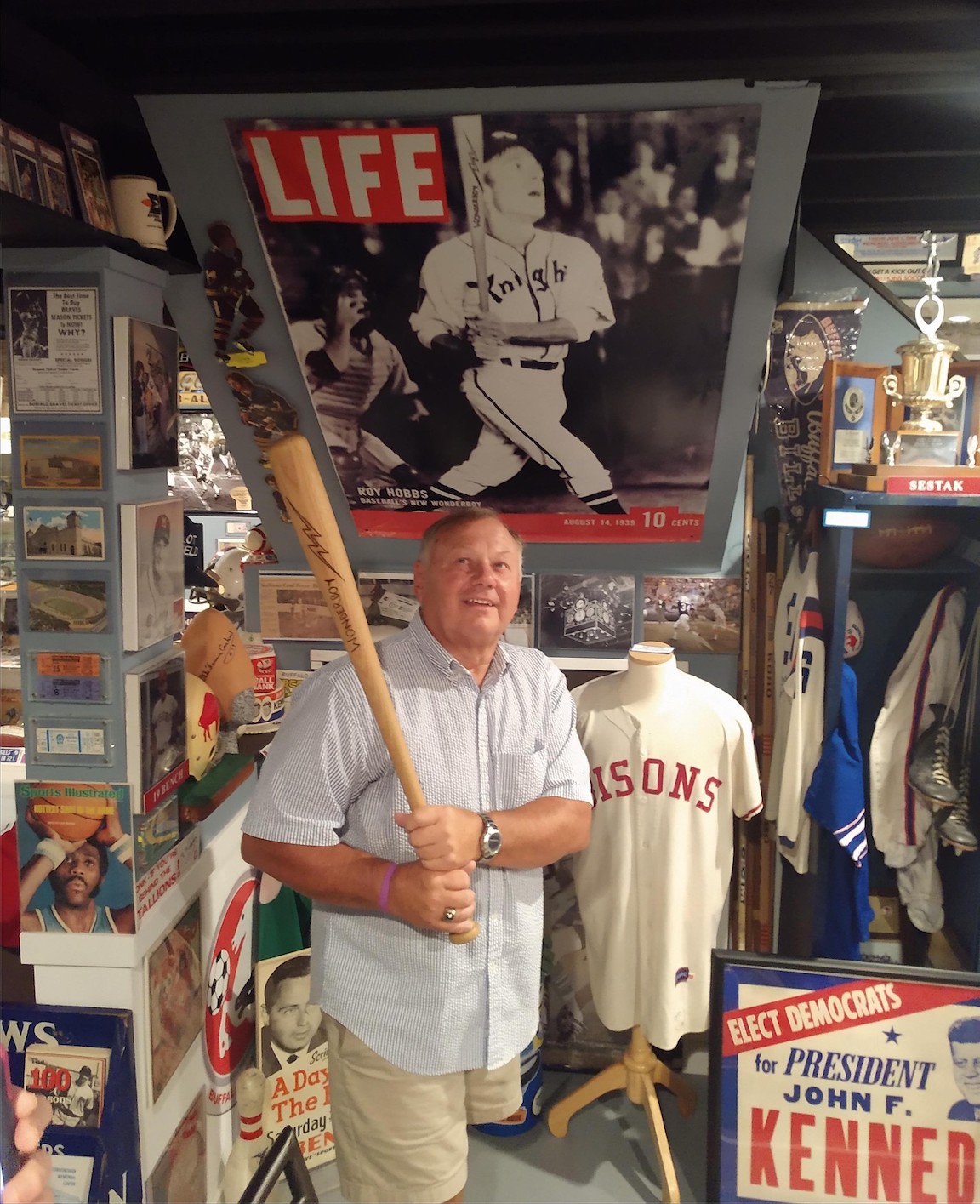