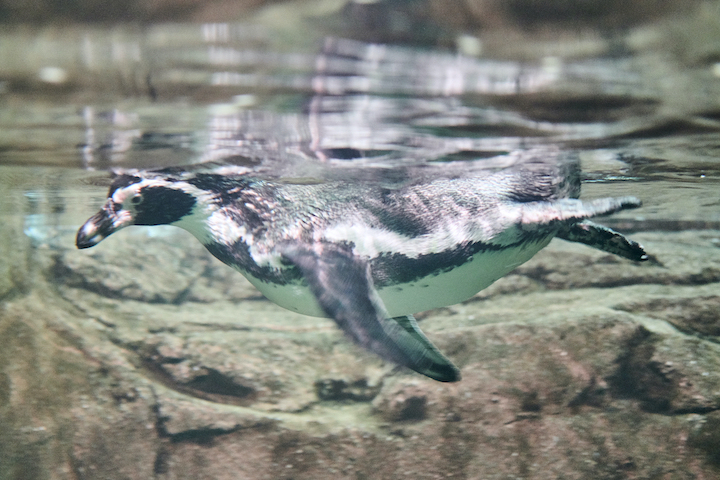 It's a boy! And a girl! Aquarium of Niagara reveals penguin chicks' genders & names

The newest members of the Aquarium of Niagara’s Humboldt penguin colony are a male named “Smitty” and a female named “Jules.”

The chicks hatched in April and were the first penguin chicks to hatch at the site since 2004. They are the offspring of “PJ, Jr.” and “Blanca” who came to the Aquarium of Niagara in 2019 from the Woodland Park Zoo in Seattle as part of Association of Zoos and Aquarium’s Species Survival Plan for the vulnerable Humboldt penguin species. Through the SSP, the Aquarium of Niagara works with other AZA-accredited zoos and aquariums to match genetically strong penguins and ensure a thriving, sustainable penguin population under human care.

The reinstatement of the Aquarium of Niagara’s Humboldt penguin breeding program was made possible by the $3.6 million renovation of its penguin exhibit, “Penguin Coast,” in 2018. Two of the venue’s donors who were involved with making substantial gifts toward “Penguin Coast” were afforded the opportunity to name the chicks.

Since Humboldt penguin sexes can only be determined by a blood test, the chicks were informally named Alpha and Beta during the first few months of their lives. The Aquarium of Niagara acquired blood samples of the penguin chicks earlier this summer, which revealed they are male and female. 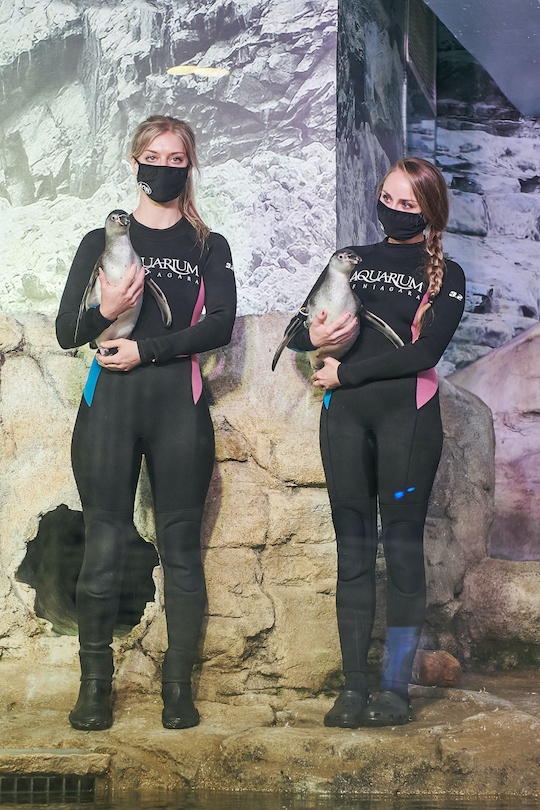 “The aquarium is proud to give an exciting update on our newest arrivals to our friends across Western New York,” said Executive Director Gary Siddall. “We’re excited for the community to come and officially meet the penguin chicks and get to know their playful personalities.”

The chicks are now on public display in the “Penguin Coast” exhibit.

The nonprofit Aquarium of Niagara is located at 701 Whirlpool St., Niagara Falls, and is home to more than 120 different species, including 10 rescued and nonreleasable marine mammals. For more information, visit www.aquariumofniagara.org. 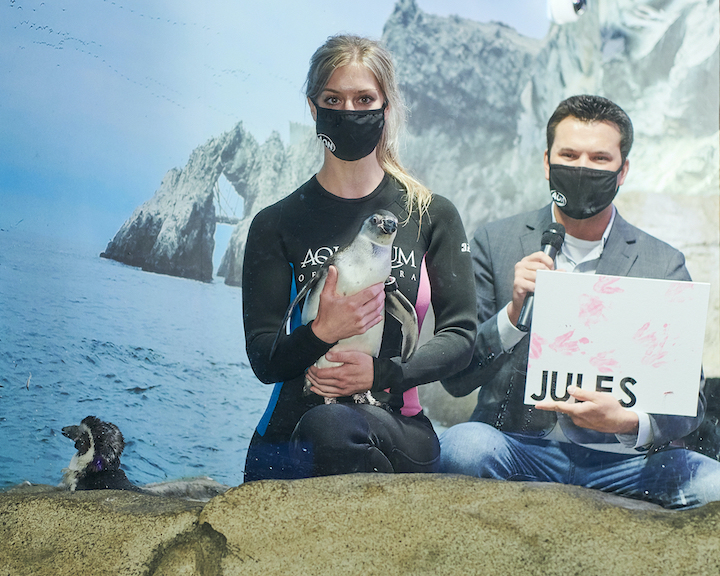 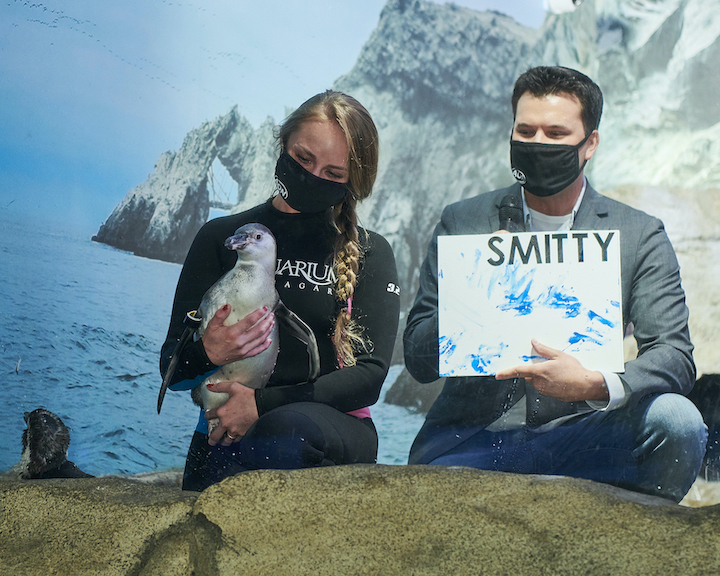 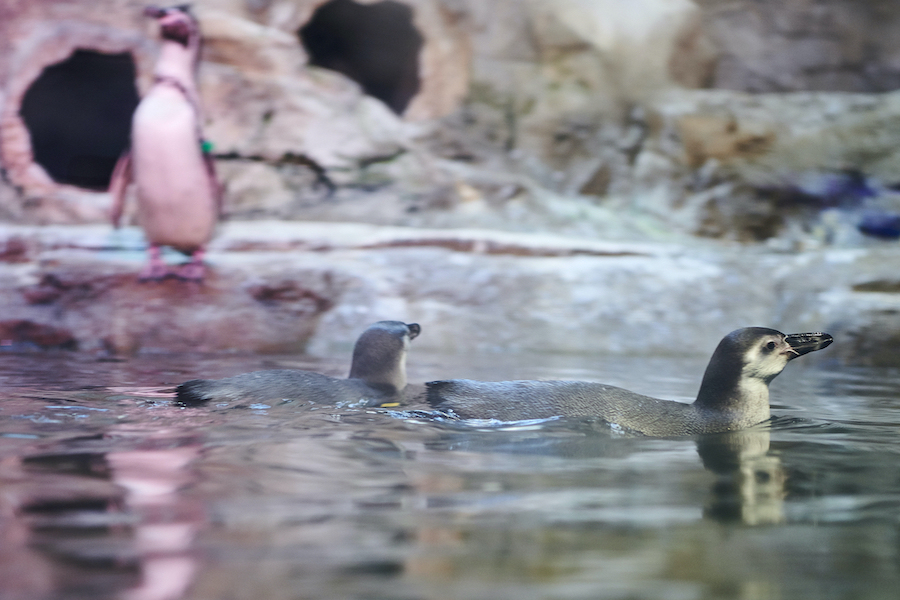