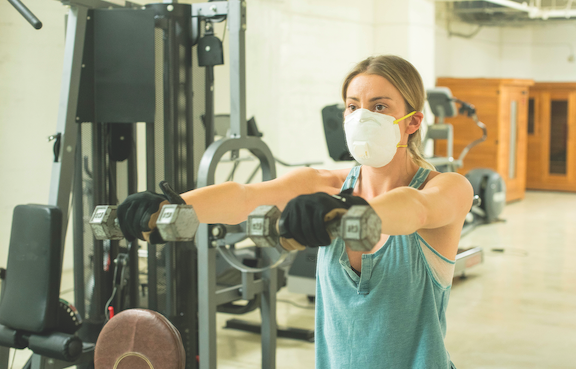 It was expected gyms and bowling alleys would welcome patrons back once a region entered the fourth and final phase of Gov. Andrew Cuomo’s “New York Forward” reopening plan – but that wasn’t the case.

Cuomo and New York State Director of the Budget Robert Mujica updated reporters on the status of gyms during a conference call on Thursday.

“On gyms, these have been the nationally identified sources of increased infection,” Cuomo said. “We have some data here; we have experience here. We know gyms are highly problematic. Not from our experience – because we haven’t opened them – but we know from the other states they’ve been highly problematic. We know from the other states they opened them and they had to close them. That’s a fact.

“ ‘Well, I want to go to my gym.’ I understand. I understand. But we also know that is a dangerous activity. And we’re here, poised delicately on this island of New York state, with the sea of spread all around us. So we know we have this storm of spread all around us, and we have to be very, very careful, right? We know that it almost defies common sense that we could be maintaining our low numbers in the midst of what’s going on.”

He added, “The question is, why isn’t this (higher infection rate) here? ‘Well, let’s open dangerous activities.’ I don’t think that is the time to do it. We’re precariously perched.”

Mujica said, “Health experts nationally have identified gyms and the activities that take place in gyms as high-risk activities, as the governor points out. So, we are looking at it every day. We’re looking at various plans from different gyms; (gyms) around the states have submitted various limited-use plans. We’re reviewing those to see if there’s an opportunity to reduce the risk based on this limited activity. But other states around us – New Jersey continues to have gyms closed for the very reasons that the governor just articulated.

“And then we’ve seen in other states that have them open, we see them open and then we also see them close as a result of infections in clusters that have occurred.

“So, we are going to continue to look at it; again, we’re looking at various alternatives. But right now, it’s still a high-risk activity. And, as we’re seeing increases in other states and clusters in other states, they’ll continue to remain closed until we think they can open safely.”

Phase four allowed regions to reopen “low-risk” indoor and outdoor arts and entertainment, as well as professional sports competitions with no fans.