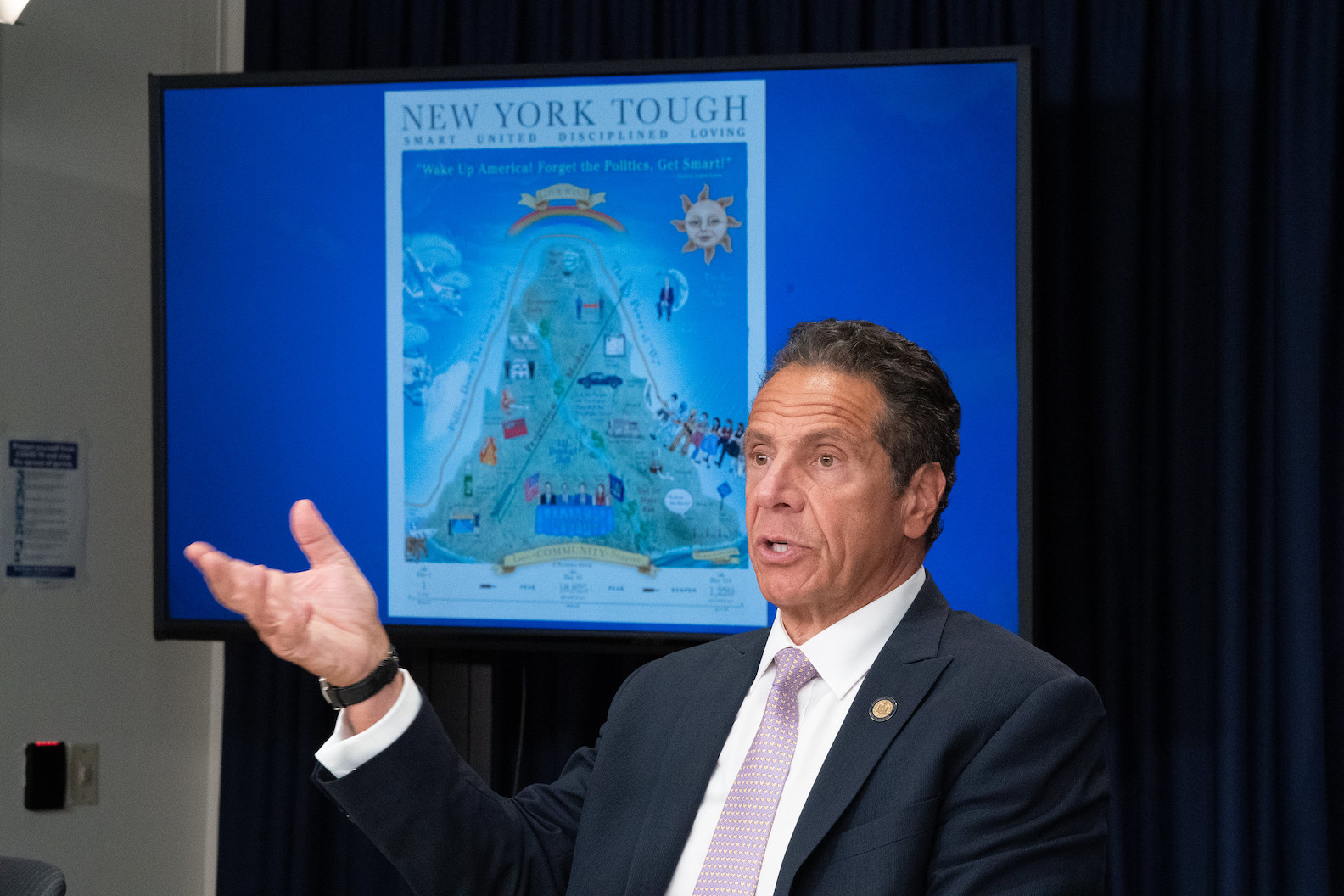 Gov. Andrew Cuomo addressed the media on July 13, issuing further guidance on how New York schools can reopen in the fall. (Images courtesy of the Office of Gov. Andrew M. Cuomo)

Cuomo: 'Just because a school district says we're open does not mean students are going to go'

The 1989 film “Field of Dreams” suggested if you build it, they will come. The thought was, if Kevin Costner’s Iowa corn farmer Ray Kinsella built a baseball field, people would travel to see it in person.

Speaking to the press on Sunday about in-class instruction, Gov. Andrew Cuomo said, “It’s about the parents being comfortable.”

“Just because a school district says we’re open does not mean students are going to go – I can tell you that right now,” he said. “I’m talking to parents all across the state. They’re very iffy on this proposition. And it is going to depend on that school district’s plan. And there’s going to have to be some dialogue, because the plans are going to generate questions by the parents. And that dialogue is important because, if the parents don’t feel comfortable, they’re not going to send the children.

“We’ll accomplish nothing if we open the school, but a significant number of parents decide to keep their children home.

“When it comes to your child and your child’s health, parents are not going to take this lightly.”

Cuomo and his team of health professionals will make a formula determination this week.

Plans to reopen schools were due July 31.

On Saturday, Cuomo said, “… the school districts were supposed to put in their plans (Friday) on alternatives or how they would reopen. We're going to watch the overall infection (rate) before we make a decision.”

“So, it's not flicking a switch; it's like all of these decisions, it's more complicated than we often think. You can say, ‘OK, school reopens.’ If the parents are not comfortable, the children will not be sent.

“Now, there will be some parents who don't have a choice but to send their child back because they don't have alternative child care, etc., but there are going to be many parents who, if they think their child might be subjected to failure, they are just not going to do it.”

“ ‘How? And if you have an additional 10,000 capacity, why aren't you using it now? What will the turn-arounds be on those tests?’ We know the turnaround times are going up with these national labs.

He acknowledged teachers’ unions, like parents, also will have concerns related to school district reopening plans.

“Teachers are concerned. Some of them are older; they’re in the more vulnerable populations. They don’t have the same level of comfort that some people have with young people (supposedly) not getting COVID,” Cuomo said.

“Everybody has to be comfortable with this plan,” he noted. 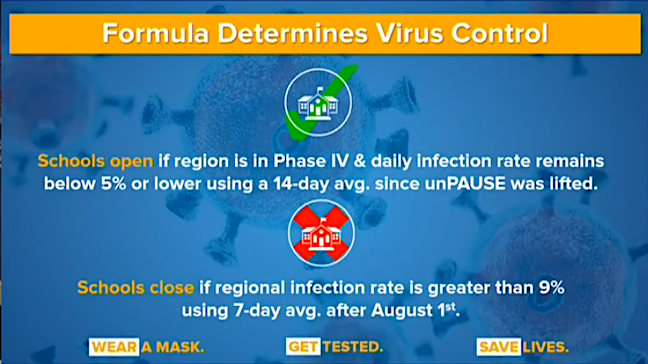