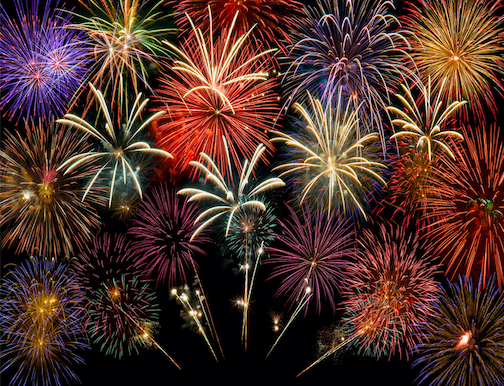 Independence Day will look a little different on Grand Island

The July 4th Independence Day holiday has traditionally been the day Town of Grand Island residents celebrate the community like few others in this country. It is a holiday they truly enjoy by inviting family and friends for activities from early morning to late evening when a spectacular fireworks show would light up the sky over the Island and even cause travelers along Interstate 190 to pull over in awe of the colorful displays.

It is a day that began last year at 9 a.m. with what was the 44th annual Dick Bessel Independence Day Run. The race would be followed by one of the largest Independence Day parades in Western New York, which celebrated its 50th anniversary last year. What makes Grand Island’s parade unique is that residents will stake out their family’s position to watch nearly 100 units marching by placing their lawn chairs along Grand Island Boulevard from the Viking Diner to the intersection of Baseline Road a week in advance.

When the parade ends, thousands of onlookers attend any of a number of community gatherings at the firehall, the Moose Lodge, the Knights of Columbus grounds on Whitehaven, St. Stephen’s Church on Baseline or the ultimate annual 4th of July celebration and fundraiser at the Charles N. DeGlopper VFW Memorial Post No. 9249, which would run until 5:30 p.m.

For the past 59 years, Island residents were admitted free into Fantasy Island to enjoy the rides and attractions during the park’s busiest day of the season. It all culminated with the 35-minute spectacular pyrotechnics show that brought onlookers from all over WNY.

In between, families would picnic, golf, recreate or enjoy the beach at Beaver Island State Park, walk through Buckhorn State Park or take a 26-mile bicycle ride around the entire Island.

Unfortunately, things around Grand Island will be much quieter on Saturday.

Even though WNY is in phase four of the COVID-19 pandemic recovery, large gatherings are not permitted. The Bessel race and parade were postponed by the Grand Island Town Board on May 18.

Fantasy Island, however, is also closed because its previous owner, Apex Park Group of California, abruptly and surprisingly announced Feb. 19 it was closing the park and selling the rides and attractions. Apex has since filed for bankruptcy. Since Apex did not meet an April 10 loan payment to STORE Capital of Arizona, ownership of the 85-acre property at 2400 Grand Island Blvd., and the remaining rides and attractions, reverted back to the $6 billion leader in middle market real estate capital solutions.

Warren Buffett, the former owner of the Buffalo News, and CEO of Birkshire Hathaway, invested $377 million into STORE Capital and owns 9.8% of the total outstanding shares.

“It is terribly disappointing,” John C. Whitney, P.E., said of the events that will not occur on his first Independence Day as town supervisor. “No one wants to see this, but this is our new reality. I feel especially bad for the VFW Post and the other civic organizations that rely on the post-parade parties for much-needed funds to carrying them through the year.”

The town’s Recreation Department is responsible for organizing and managing the Bessel Run and parade. Recreation Supervisor Joe Menter, a lifelong town resident, said it will probably hit him when he wakes up Saturday and these events will not occur.

“Because of COVID-19, we were not actually allowed to work on summer recreation programs until two weeks ago, so we have been busier than ever getting prepared for them to start on July 6 while following the state and CDC requirements to keep everyone safe,” he explained. “It is an odd feeling knowing the race and parade will not occur, but as you look at how things have been contained in New York State and you look around the country at what is happening where places opened too soon, it reaffirms this was the right decision. This truly was not a fun or easy decision, but when you consider the safety of our residents – which is our top priority – this is the right decision to make.”

When Alan Lee, a member of the DeGlopper VFW Post for more than 30 years and its judge advocate since 1993, was asked how disappointed his members were about cancelling the annual event, he replied, “We are veterans who have been through more heartache in our lifetimes that was truly disappointing. Sure, this is a setback in our fundraising needs, but we will just search for alternative ways to raise money.”

Community leader Jim Sharpe, chairman of the town’s Long-Range Planning Committee, will also miss those annual July 4 events in his town – but he was more disappointed the pandemic canceled last Saturday’s Chamber of Commerce-sponsored Biz Kids promotion outside of Town Hall.

“Kids Biz is an amazing program that is all about engaging second-graders to high school students and getting them to think about business,” explained Sharpe, who has marched in each of the past 40 town parades.

For Menter, missing the parade will be tough because it brings back so many fond memories of growing up on the island.

“We would go every year as a family and sit in front of Town Hall watching the parade,” he explained. “I remember the thrill when I played little league baseball in the town league and we would dress in our uniforms and stand on a float waving to the crowd.”

“The good news is that we still may have a parade later this summer or in the early fall, but we will be ready for a bigger and better July 4 town parade in 2021,” he promised.