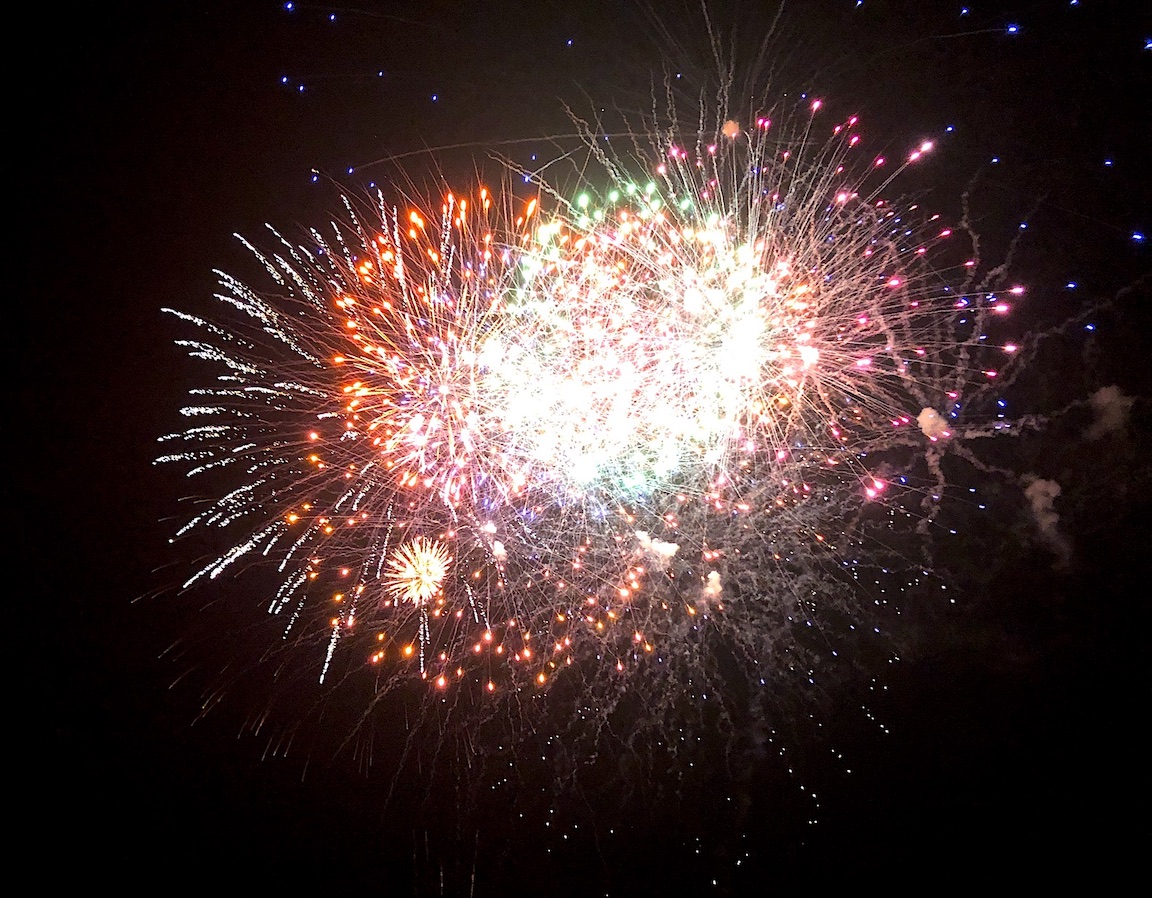 July 4 fireworks have become an annual tradition in Lewiston.

As it turns out, fireworks might light the night sky July 4 in Lewiston, after all.

“We're just waiting to see how things go, to see if we should actually have it,” she said.

Welch added, “Hopefully, we can have a little bit of normalcy come back. I think people are looking forward to it. So, hopefully. That's the plan right now – hopefully we can have the Fourth of July fireworks.”

The Village Board opted out of its initial contract with Skylighters. Welch was not in favor of having fireworks, for fear they would attract large crowds from around Western New York. In meetings earlier this spring, she expressed concern over public safety and event costs.

As to overcoming that first issue, the mayor said she has consulted with Chamber of Commerce President Jennifer Pauly on how to create 6-foot social distance circles within Academy Park for families to watch the event together – while separated from other spectators.

Pauly said, “Hopefully, you know, fireworks kind of institute more of a stay-in-your-car, social-distance type of event. So, hopefully that will be able to happen.”

As to the Skylighters’ $9,000 fee, Welch said, “(Lewiston Tops owner) Anthony DiMino and (businessman/developer) Jerry Williams are very generously offering to pay for the fireworks. They're going to split the cost of the fireworks.”

Fireworks are in Phase 4

The Village of Lewiston will need state approval to hold a fireworks ceremony.

Western New York is still coming out of Gov. Andrew Cuomo’s “PAUSE” shutdown of nonessential businesses and events. On Monday, the governor said public gatherings can increase from 10 to 25 people for regions in phase three of his “New York Forward” reopening plan.

Western New York will enter that phase on Tuesday. Fireworks are expected to be permitted when a region enters phase four.

If the local coronavirus infection rate stays around 1%, which is Cuomo’s new metric of choice, then phase four could begin here on June 30.

Niagara County Legislature Chairwoman Becky Wydysh said, “As far as fireworks, phase four, of course, we've gotten no guidance whatsoever out of the state yet. You know, as has been the case all along, they don't put that out until just a few days before. So, I do wish that I had some input to offer as far as fireworks. But we really are not hearing anything out of the governor's office just yet.”

She told Welch, “I think it sounds like you have a good plan. And if you can wait until closer to pull the trigger, then that is a good thing.

“It sounds like you're thinking about the social distancing – having people stay in their cars and doing it the right way. That's really all we can ask at this point.

“So, I agree: If we can have some normal options like that for the summer – I know everybody just needs to get out and about, and enjoy the weather and their families, and see people. It's been very good for the soul these last few weeks, to be able to get out and go to dinner again and things like that.”

Trustees In Favor of Fireworks

“Because of the way everything has been going in the county, we're really starting to be in a good place. The numbers have come down. Hopefully, the last we’re ever going to see of (the coronavirus),” she said. “But because the numbers are coming down, I thought that maybe we would be able to hold the Fourth of July fireworks.”

Welch said, “I figured by … the end of this month that we should be able to know for sure if we can have fireworks. … I think that the people, the public, would like to see something positive. I know I would.”

Trustee Claudia Marasco asked, “Are people going to actually get out of their cars?”

“That's entirely up to them,” Welch replied. “If they sit in Academy Park, they will sit (6 feet) away from you, and socially distance, wear a mask.”

Trustee Dan Gibson said, “It’s a good thing. We need to get some normalcy in our life.”

Municipal counsel Joseph Leone said the village would have to insist onlookers social distance and wear masks when around other people.

“You need to make sure that’s going to happen, because what you don’t want is a village-authorized gathering of people where these rules are not going to be followed,” he said.

Lewiston Police Department Chief Frank Previte said his squad would assist where possible, but cannot practically check each group of people to see who’s family and who’s not. He said the circle idea “is a step in the right direction.”

Deputy Mayor Vic Eydt suggested the LPD use its digital signs to remind people of the safety protocols.

“I think everybody kind of gets it, so hopefully we can have this event and it'll go smoothly,” Welch said.

Trustees voted to reinstate the contract with Skylighters.

A final decision on fireworks is expected in about two weeks.

Other Lewiston business owners also reportedly offered to pay for the Fourth of July fireworks.