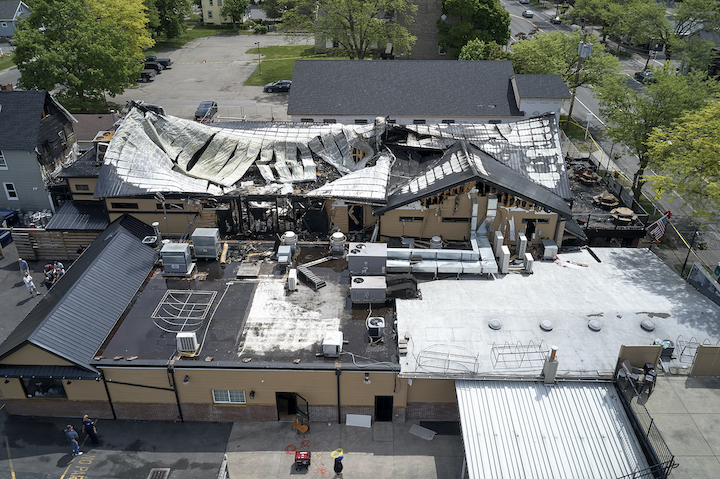 Pictured is an aerial view of the damage a fire left at the Brickyard family of restaurants. (Photos by Mark Williams Jr.)

Speaking Monday morning with local leaders, Lewiston Fire Co. No. 1 Chief Les Myers said it was fortunate last week’s fire at the Brickyard Brewing Company didn’t carry over to the neighboring project, which is under construction.

“All in all, I think that everyone is very happy with the outcome of the fire – not that the fire actually happened – but that we were able to contain it to the BBC; and not encroach on Al Bax’s building – not even melt his Tyvek wrap that he had around the building."

“And just water and smoke damage in the Brickyard itself,” Myers said. “Had it been windy or something else that night, it could have been a lot worse. We could have lost several buildings instead of just the one.”

First responders arrived at the Brickyard complex at 10:39 p.m. Tuesday. They fought a fire that damaged the Brickyard Brewing Company’s second floor and roof, and left smoke and water damage in the first floor bar area and neighboring Brickyard Pub & BBQ.

Myers and his team worked all night to contain the blaze. Many people came to watch, including elected officials from the Village and Town of Lewiston.

“It was, I think, an eye-opener to some of the people in the village about the water issues that we do have in the village,” Myers said. “We had a meeting Wednesday night – the final meeting for the village … and we actually have a group with the DPW, a couple of board members, myself and the village engineer, we're meeting later this week just to start some conversation on how to make some improvements to the water infrastructure in the village. And they're writing a grant for that.

“But our village is just like every other village in the United States: Aging infrastructure is just hurting us all.”

Niagara River Region Chamber of Commerce President Jennifer Pauly said, “We thank you – just the amazing work that you guys did, it could have been so much worse; and just the science and the professionalism, and the experience behind your force is just unbelievable. We appreciate it.”

Town of Lewiston Supervisor Steve Broderick said, “I just want to commend the fire company for the great job they did. I went up there for about 20 minutes that night and then I get out of their way and went home. And went back the next morning, and I was amazed, as well, at the lack of damage to surrounding buildings. So, kudos to Lewiston 1.” 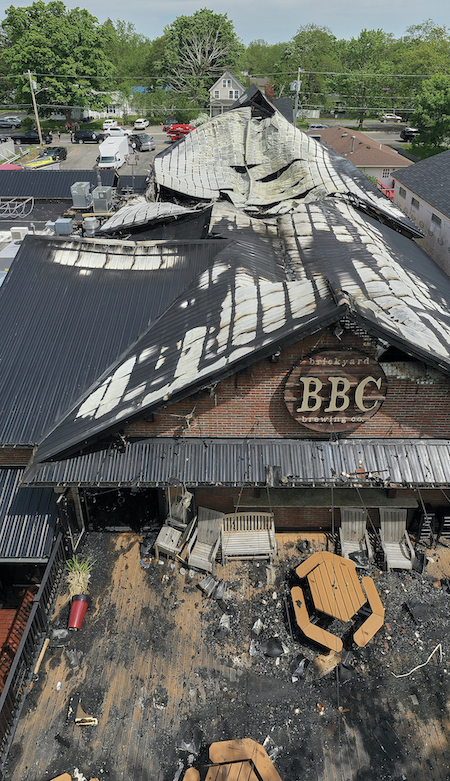 In a social media post on Friday, Brickyard owners Ken Bryan and Eric Matthews wrote, “What started off as a bad dream late Tuesday night has quickly become our new reality. But with many tragic things, there is some sort of light. The love we have all felt is nothing short of amazing.

“Now that the dust has started to settle, and we plan our rebuild, we wanted to express our overwhelming gratitude to every fire department that showed up and worked tirelessly to save something that we and so many others hold dear to our hearts. Your hard work, sweat, determination and courage did not go unnoticed – and we will be forever grateful for every single firefighter, EMT, police officer and volunteer that was there on the scene.

“We plan to hold a Brickyard / BBC catered event to sponsor each department once things are up and running for us again.

“As for our community, our friends, and our family we can’t thank you all enough for the love and support.

“Lastly, to our staff past and present that showed up within minutes of hearing about the fire: Thank you. You stayed by our side the entire night, and well into the morning as we watched what we built and love burn.

“We are beyond grateful no one was harmed that night.

“WE WILL BE BACK.

Several fundraisers are planned to support the Brickyard employees, including the following: 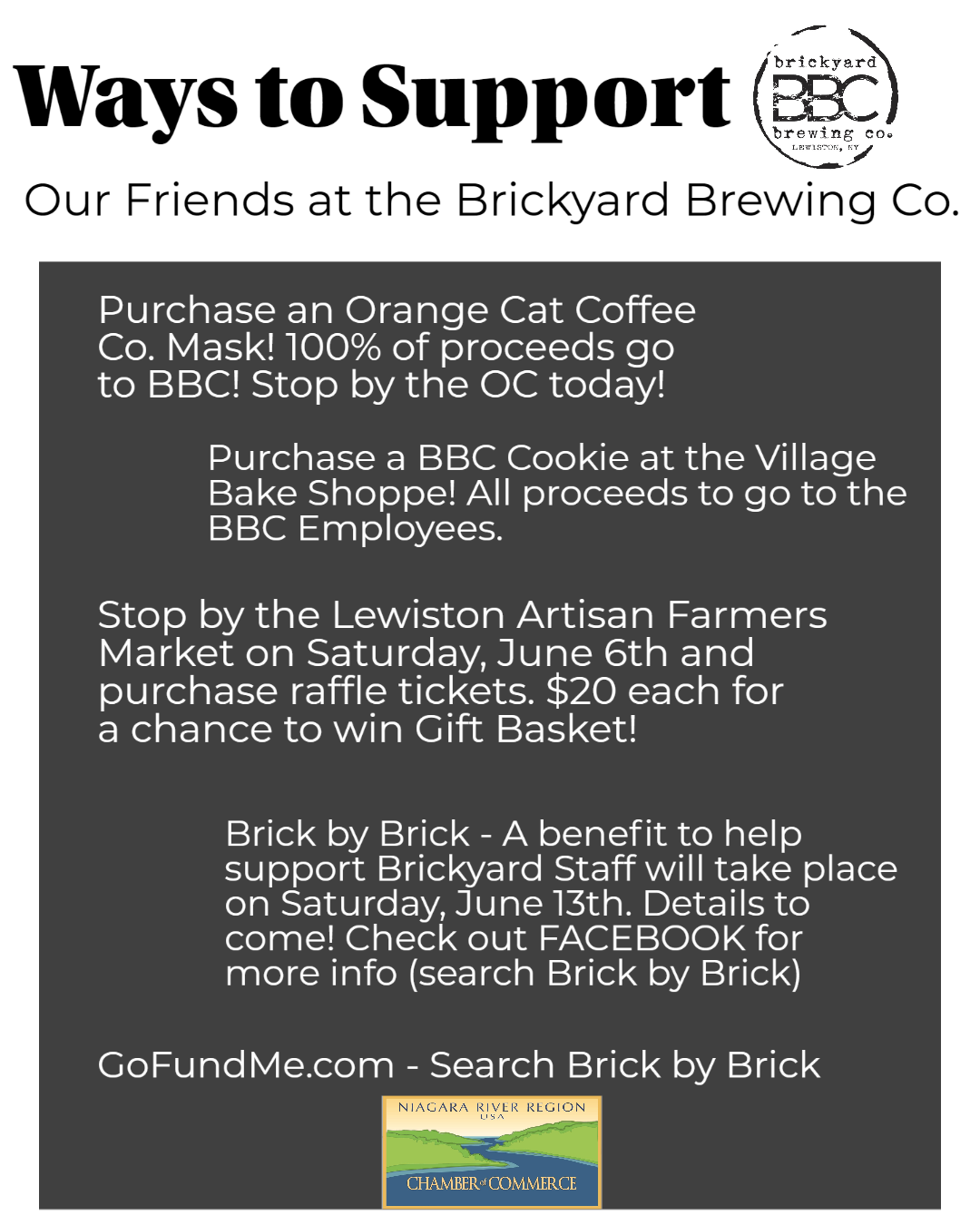 Image courtesy of the Niagara River Region Chamber of Commerce.