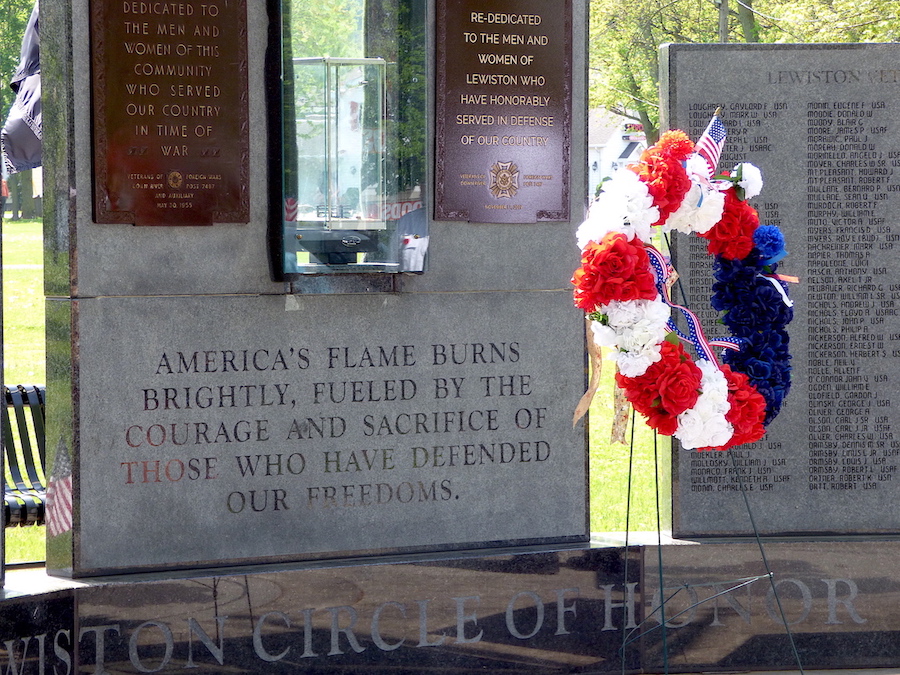 A pandemic wasn’t going to stop Veterans of Foreign Wars Downriver Post 7487 from paying tribute to those who gave their lives defending this country.

On Memorial Day, the VFW held a small ceremony in front of the new “Circle of Honor” monument at Lewiston’s Academy Park. Cmdr. Bill Justyk and Quartermaster Vince Canosa offered words of tribute, while first responders placed an American flag inside planters. Later, senior post members positioned flowers representing the various branches of the military into the ceremonial wreath.

Last week, Gov. Andrew Cuomo gave his OK to patriotic ceremonies provided they had less than 10 people participating. The VFW was compliant with this order on Monday, and its members wore masks and gloves. In addition, village Mayor Anne Welch and four Lewiston Police Department officers were on hand to observe the happenings.

People watching from within the park also wore masks and kept a social distance.

Musical salutes came from Boy Scout and friend of the VFW Simon Zawistowski, and the MacKenzie Highlanders.

The “Circle of Honor” monument was officially opened and dedicated during a Veterans Days ceremony last November. This was the first Memorial Day gathering at the site.

Traditionally, a parade and luncheon would follow this event. Unfortunately, those festivities were canceled due to Cuomo’s “New York State on PAUSE.” The executive order limits events to 10 people or less to stop the possible spread of COVID-19. 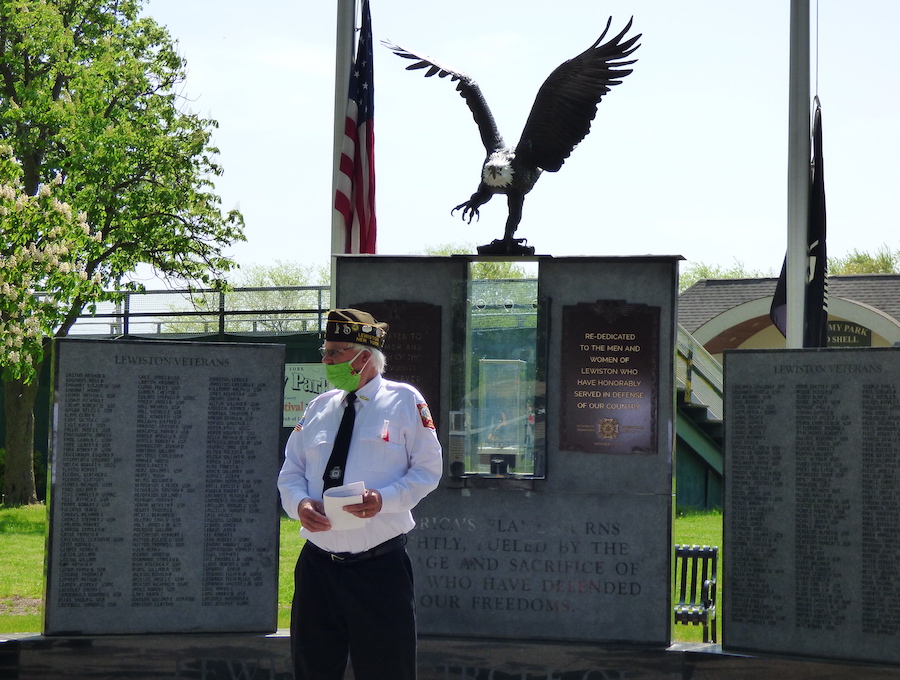 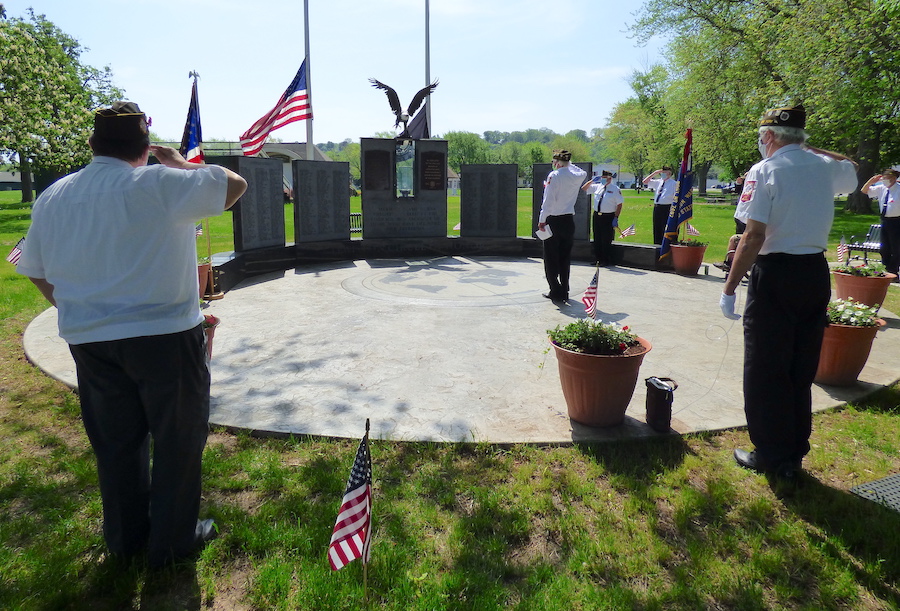 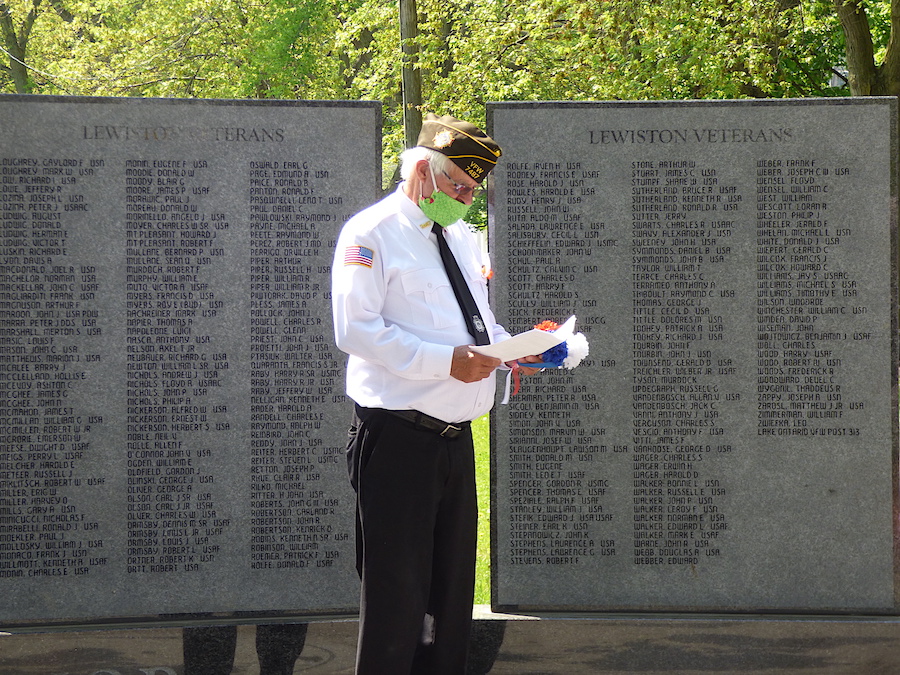 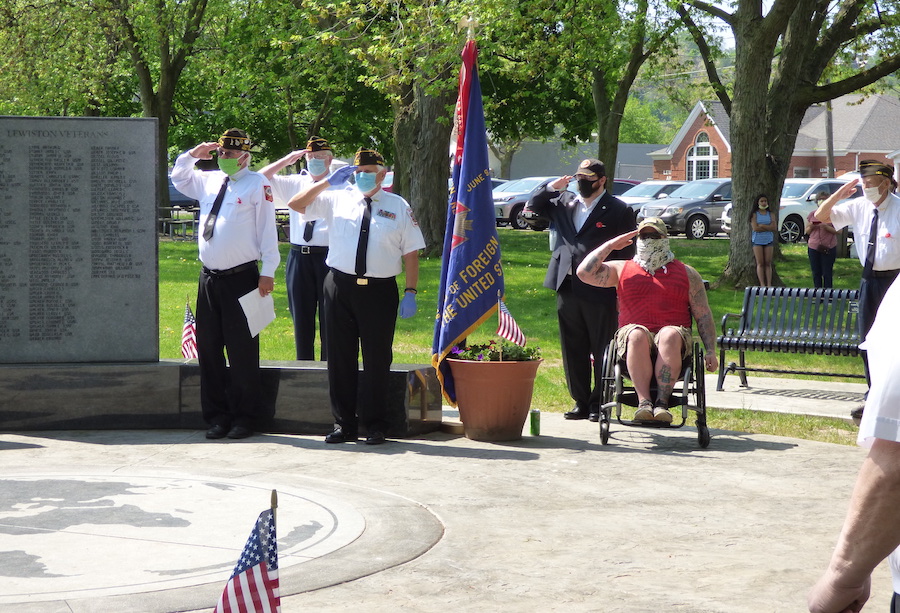 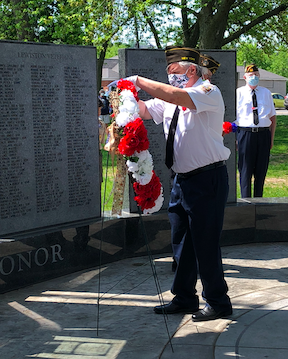 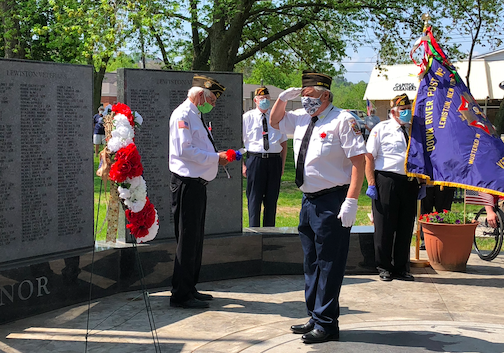 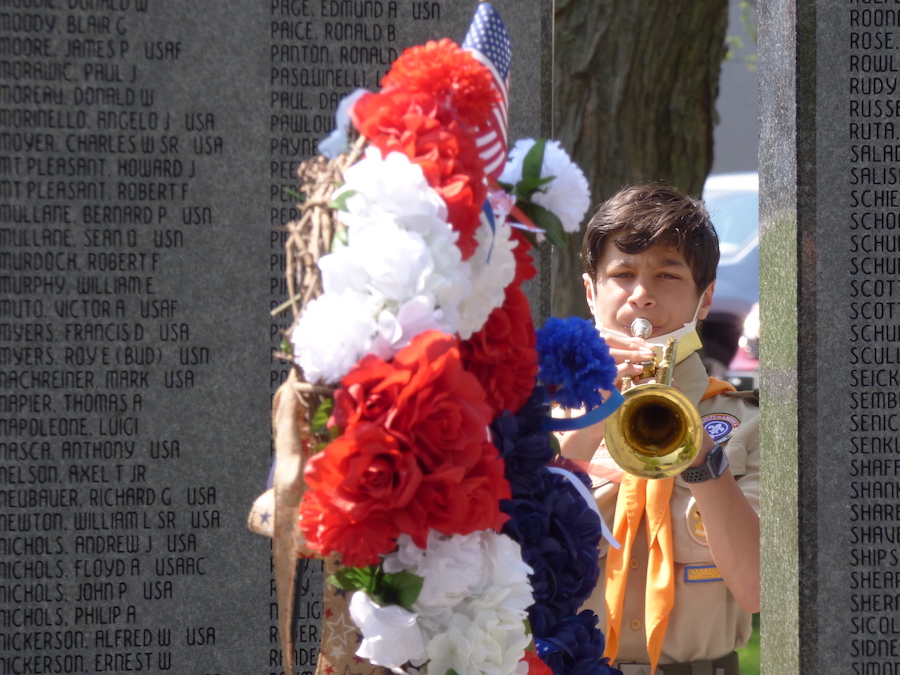 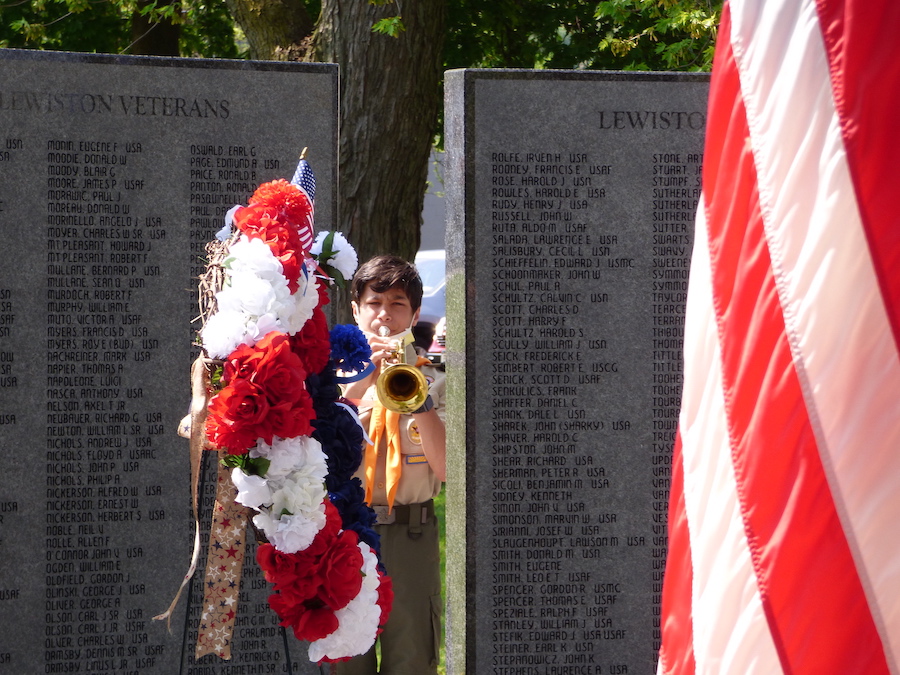 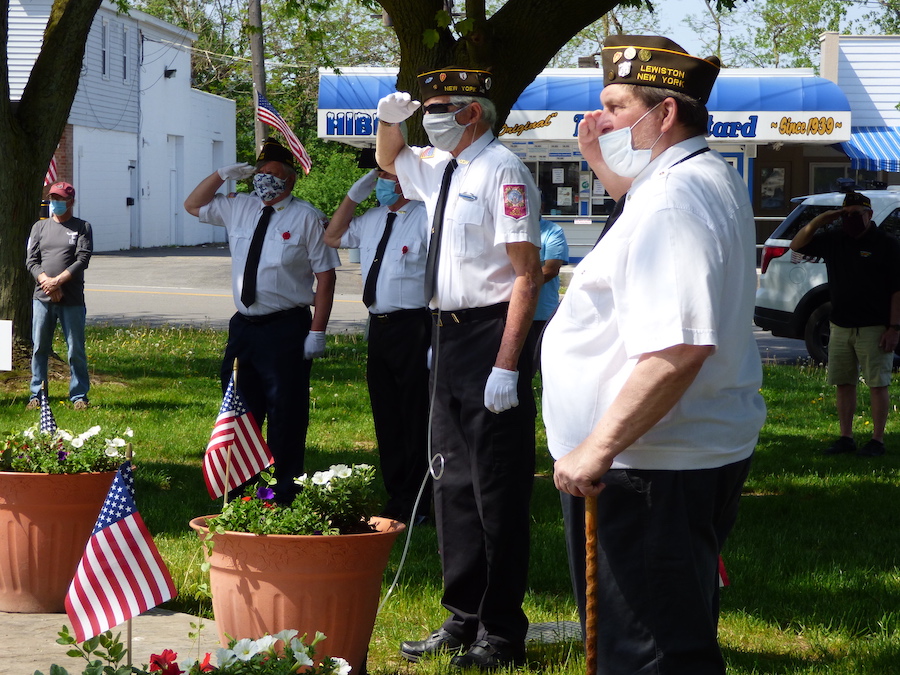 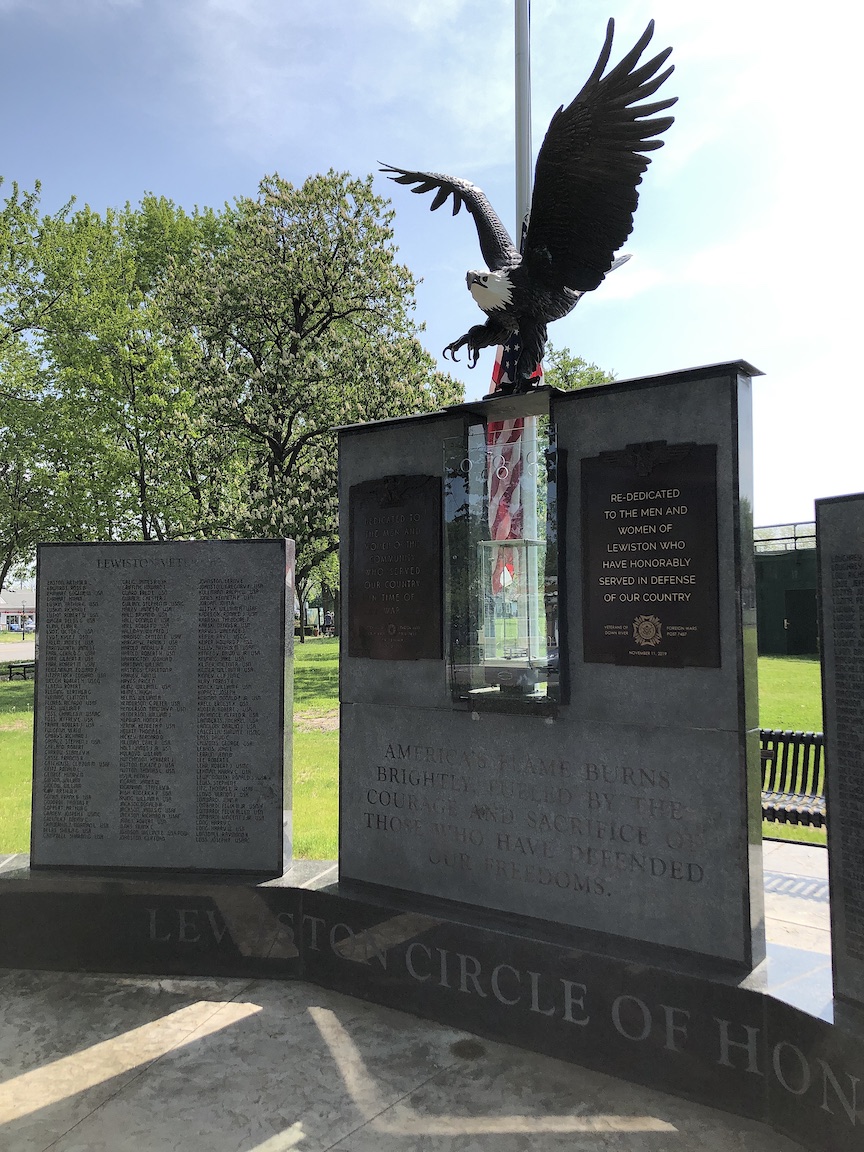 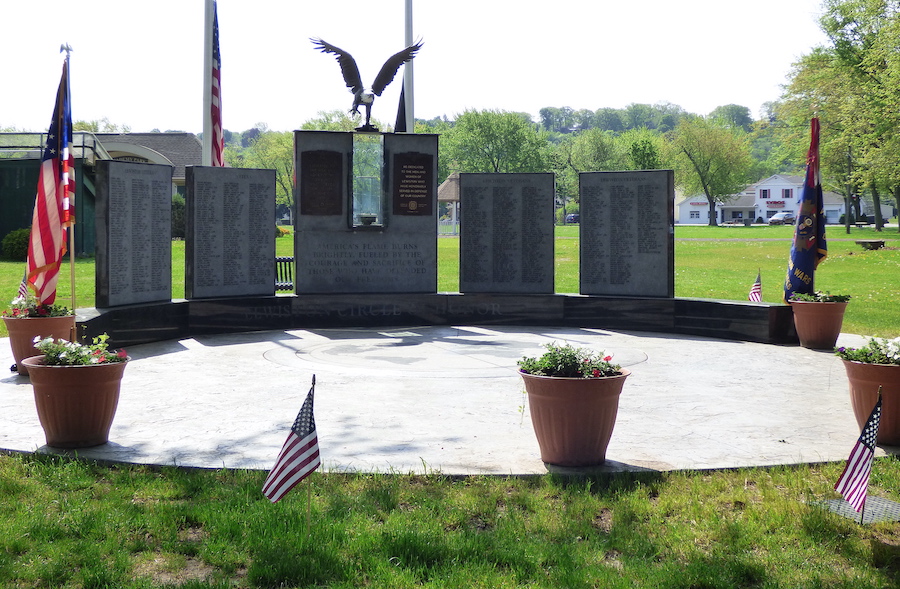 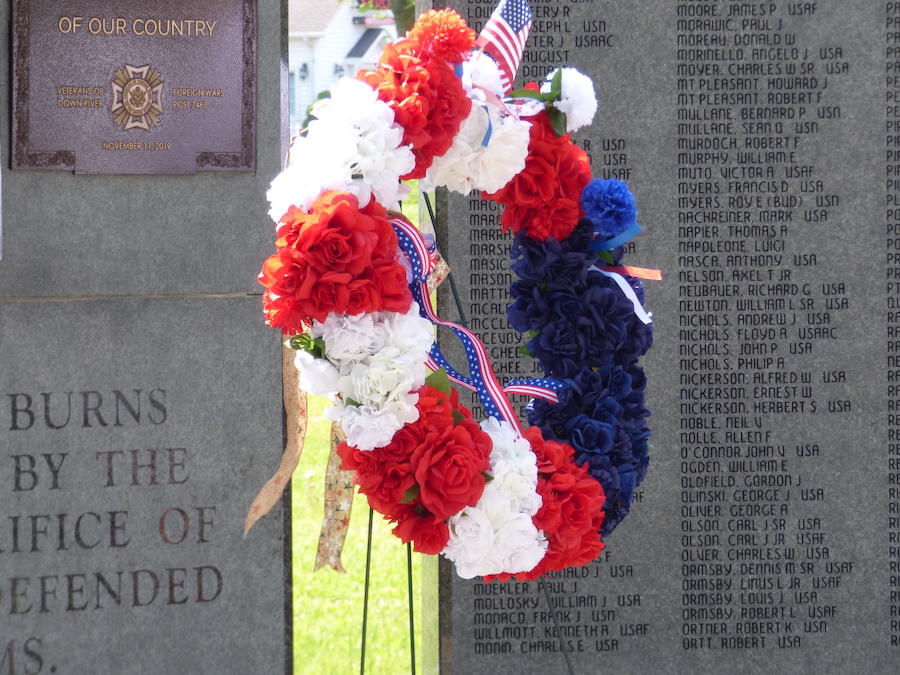 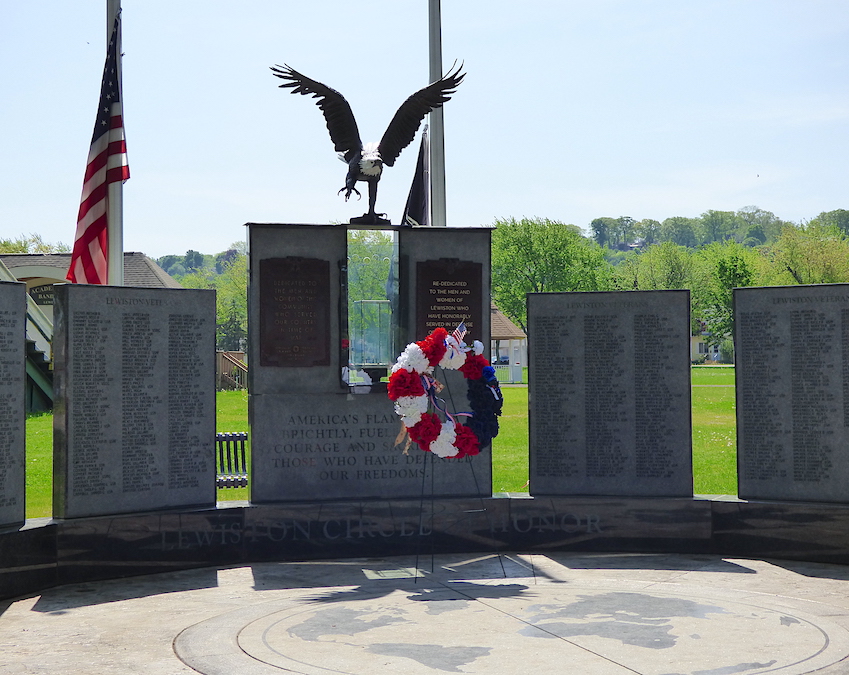 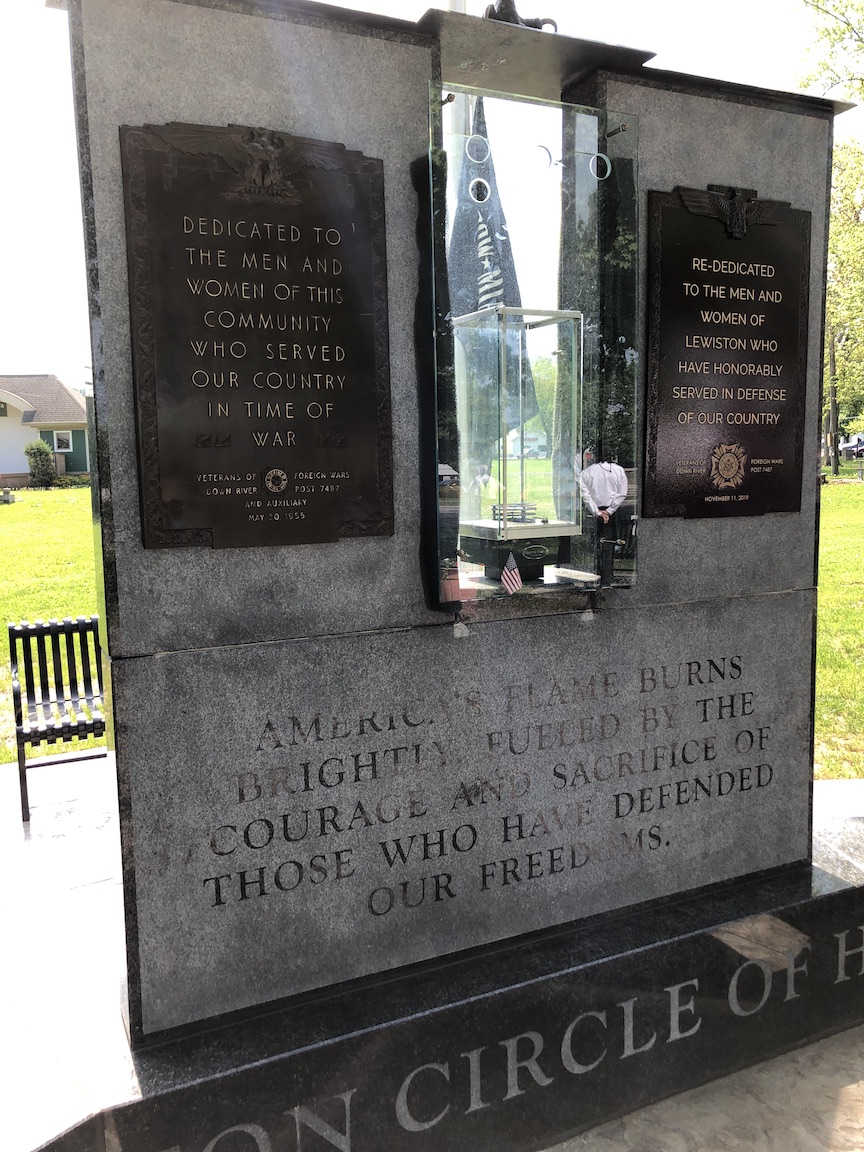 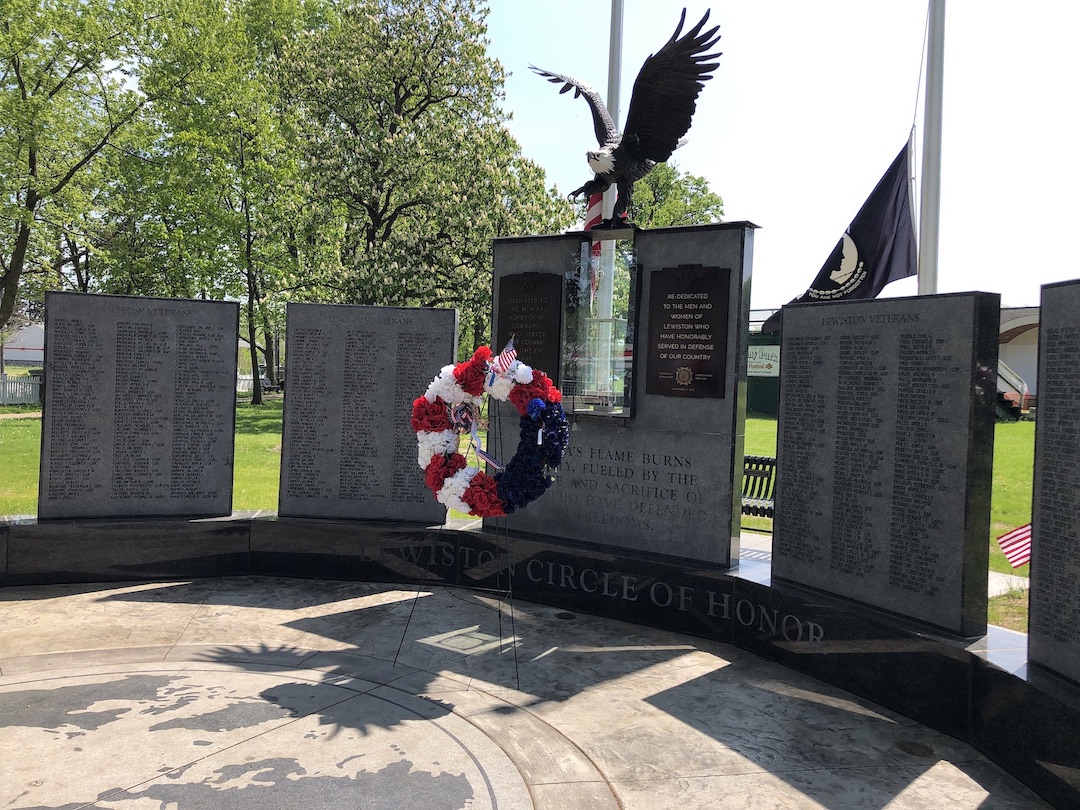