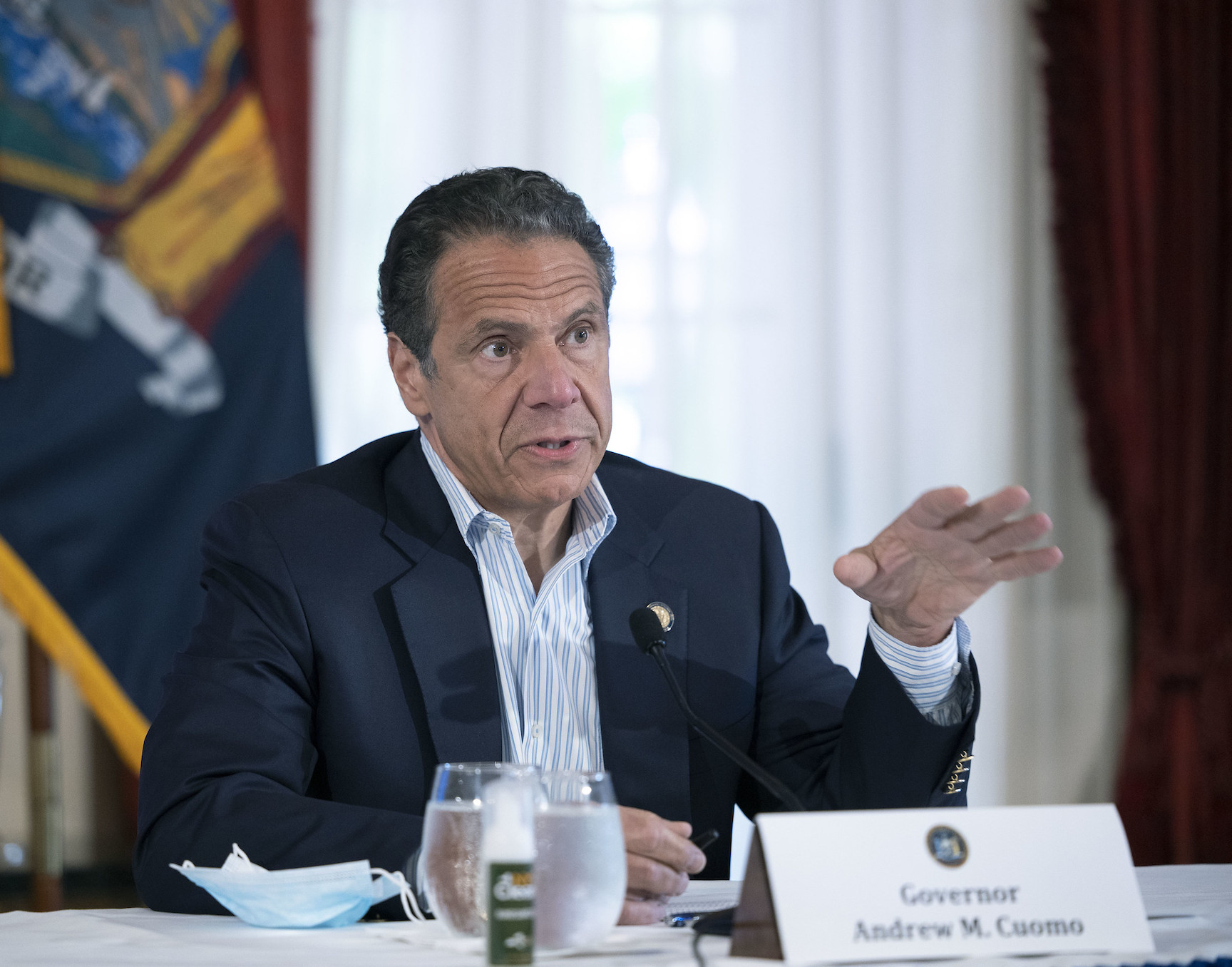 At a Saturday press conference, Gov. Andrew Cuomo said state regions could enter phase two of his “New York Forward” reopening process earlier than expected. Originally, he said locations would have to wait two weeks before going into the next stage.

“We're watching the numbers; we're watching the numbers. We said two weeks between phases. That's a rule of thumb,” he said. “There is no magic or science to that – that's not a hard and fast number. Where the two weeks comes from is quote-unquote ‘experts’ say that's the margin of time that you have to leave to see if an infection did increase; and then the infection incubated, and then the infection manifested, and then the person got ill, and the person went into the hospital. That would take about two weeks.

“But, if you see no increase in any of the numbers, could you accelerate that? Yes.”

Cuomo is using a set of seven metrics to analyze when a region can enter into a particular phase. He has said these numbers come from the Centers for Disease Control and the World Health Organization.

Western New York entered into phase one on Tuesday, May 19. 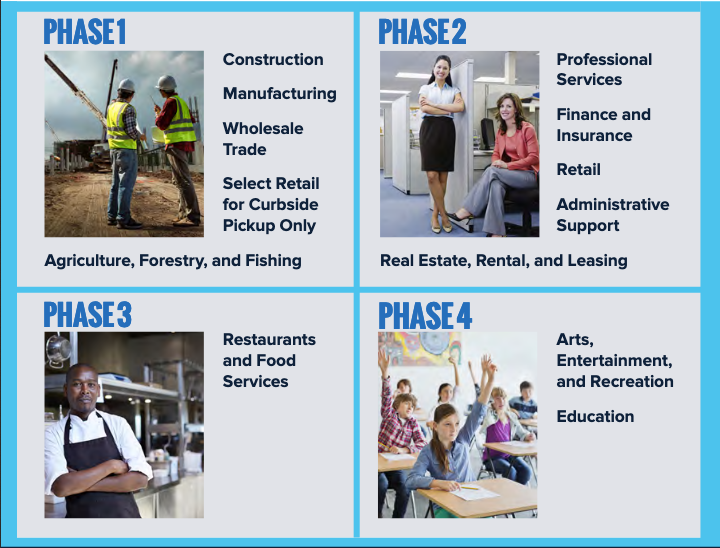 “Phase two is different than phase one, because phase one is basically a hard start or stop, right? Either you hit this number or you don't hit this number,” Cuomo said. “Phase two … is more a judgment call of have the numbers stabilized; to the extent there is an increase, can you explain the increase; or is the increase problematic?

“But I don't think we have a hard – the two weeks – I explained, I don't know that there are a hard set of numbers for phase two.”

New York Director of the Budget Robert Mujica said, “No; the two weeks is not set, as the governor points out. It relates to the CDC guidelines, in relation to the 14-day incubation period.”

Cuomo put “New York State on PAUSE” in March to slow the spread of COVID-19. In doing so, he closed nonessential businesses, limited restaurants to takeout and delivery, curtailed gatherings, and required senior citizens and those immunocompromised to quarantine at home.

That order continues until May 28.

Mujica said, “To go to phase two would modify the executive order and then put out all of the guidelines for all of the phase two industries. Those are being prepared now; those will be ready. So, if we don't see any uptick in health metrics, and … as, the governor pointed out previously, you still have a green light – nothing has gone to yellow – then those regions would move to phase two. We’re monitoring each region.” 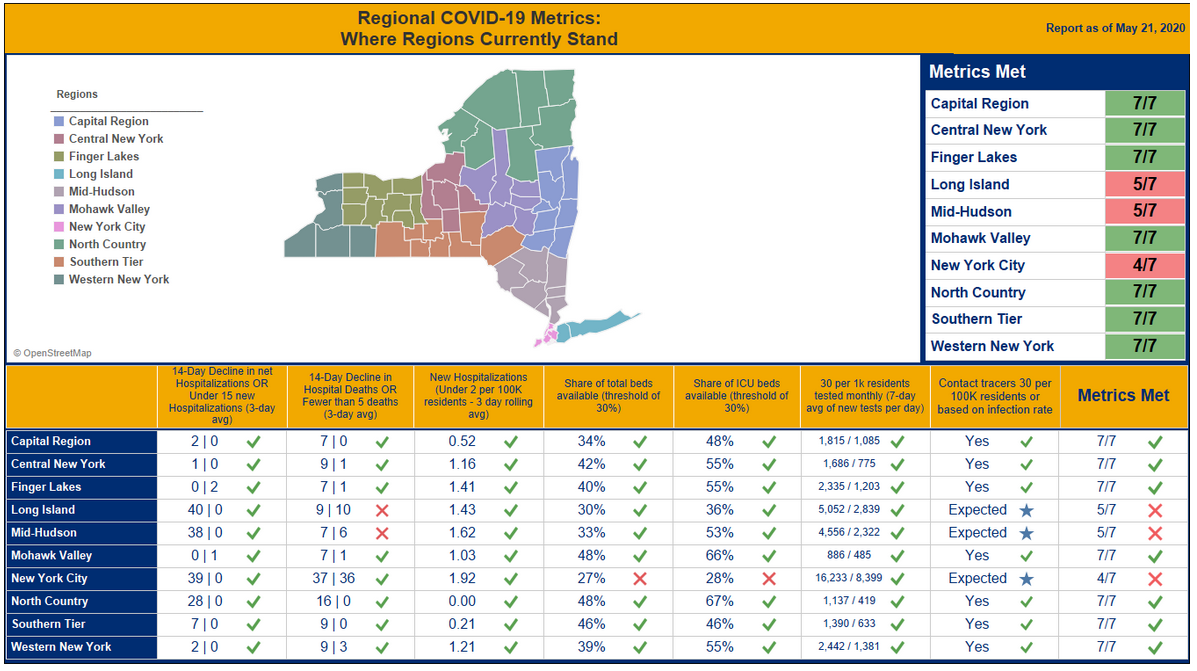 He again implored people to social distance 6 feet and wear a mask when in public.

Cuomo said, “On the numbers today, the news is good news. It has been good news. Every day is a new day and it's good to see it continuing. The number of hospitalizations are down. The change in hospitalizations is down. The intubations is down. The number of new cases, new COVID cases walking in the door, which is a very important number, that's down. And the number of lives lost is down to 84. Eighty-four is still a tragedy, no doubt. But the fact that it's down as low as it is, really overall good news.

“I had a conversation with a health care professional and I said, ‘What number should I be looking for to get down as a bottom number on the deaths?’ The doctor said – it wasn't our health commissioner – he said, ‘If I were you, I would look for 100. You want to be below 100.’

“He said, ‘Well, people will pass away when they're ill, and often its pneumonia or it's something else. But if you can get under 100, I think you can breathe a sigh of relief.’

“When he said this to me, we were in the hundreds and hundreds, and getting below 100 was almost impossible. But I made a little note. You need something in life to shoot for. You need something to aim for. It's not official. I don't even know if it was 100% accurate. But in my head I was always looking to get under 100. And under 100 doesn't do any good for those 84 families that are feeling the pain. But for me it's just a sign that we're making real progress, and I feel good about that.”