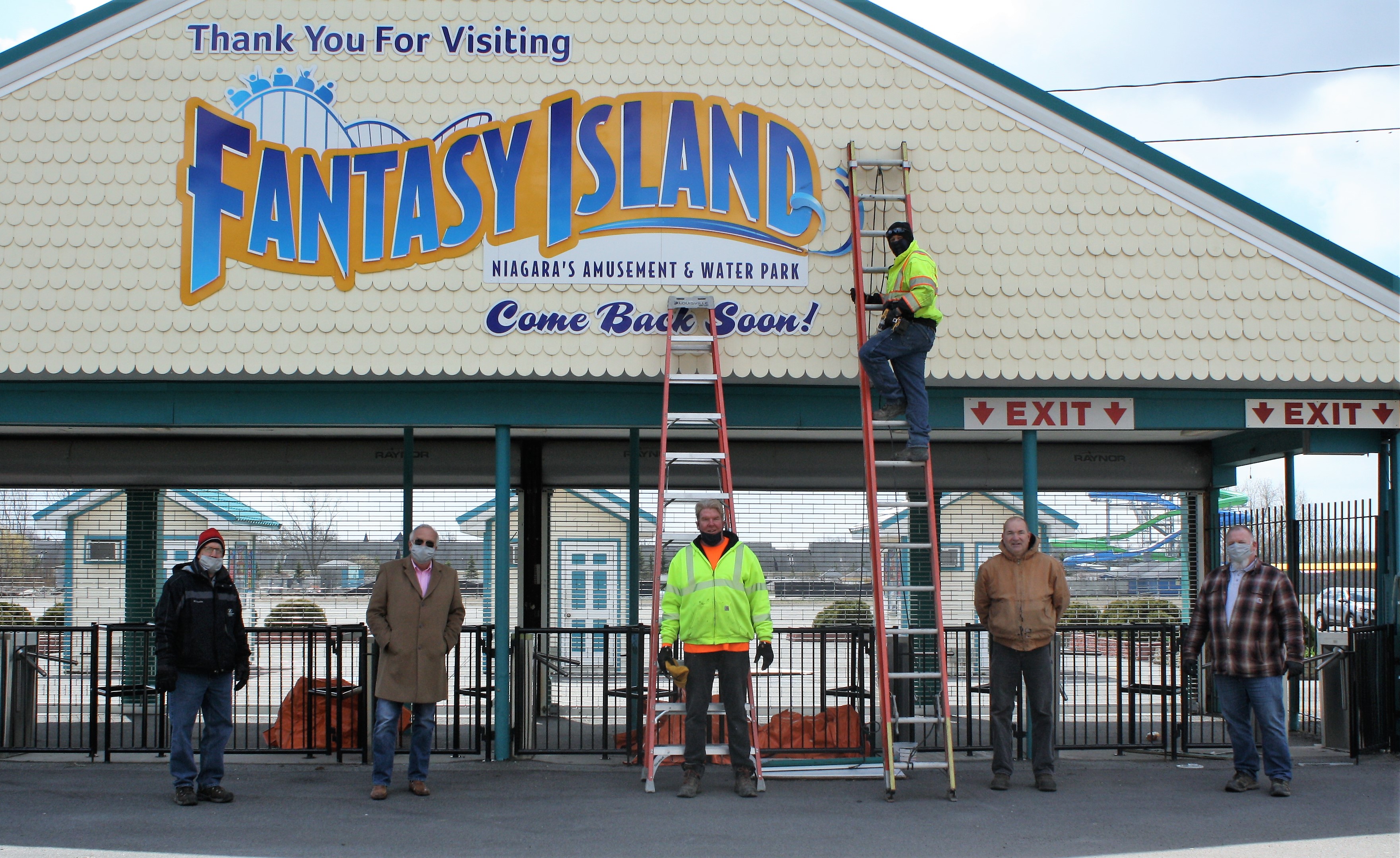 John C. Whitney, P.E., was attending his first Association of Town Meetings in New York on Feb. 18 as the newly elected supervisor of Grand Island when his assistant, Rhonda Diehl, called with an urgent message: “The media and residents are calling for your comments about Fantasy Island closing for good.”

Being blindsided with that information, the former town engineer, who had worked 30 years for the town, spent time outside of meetings fielding calls and trying to confirm the story. He had calls into Apex Parks Group, the privately held operating company in Aliso Viejo, California, which purchased the nearly 60-years-old amusement park from Martin DiPietro in 2016. By the time Whitney returned to Grand Island the following day, Apex had officially announced the park closing, which came as a total surprise to parkgoers, Island residents and town officials.

“I am upset Apex made this decision without consulting town officials first. We may have been able to help them,” explained Whitney, who knew the park had been deteriorating the past couple of seasons.

While watching trailers leave Fantasy Island with the rides sold to amusement parks across the country, Whitney attempted to contact STORE Capital of Arizona, which provided a loan to Apex to initially purchase the park. STORE Capital now owns the 75-acre Fantasy Island footprint in the center of town. In 2017, Warren Buffett’s Berkshire Hathaway invested $377 million in the publicly traded company, representing 9.8% of its total outstanding shares.

As somewhat of a parting gift to Grand Island, Kearsing presented the town with a list of excess equipment at no cost to the town. The list of items was presented to the town board on Monday by Richard Crawford, highway superintendent. After a discussion in the work session, a resolution to accept was passed unanimously during the meeting. 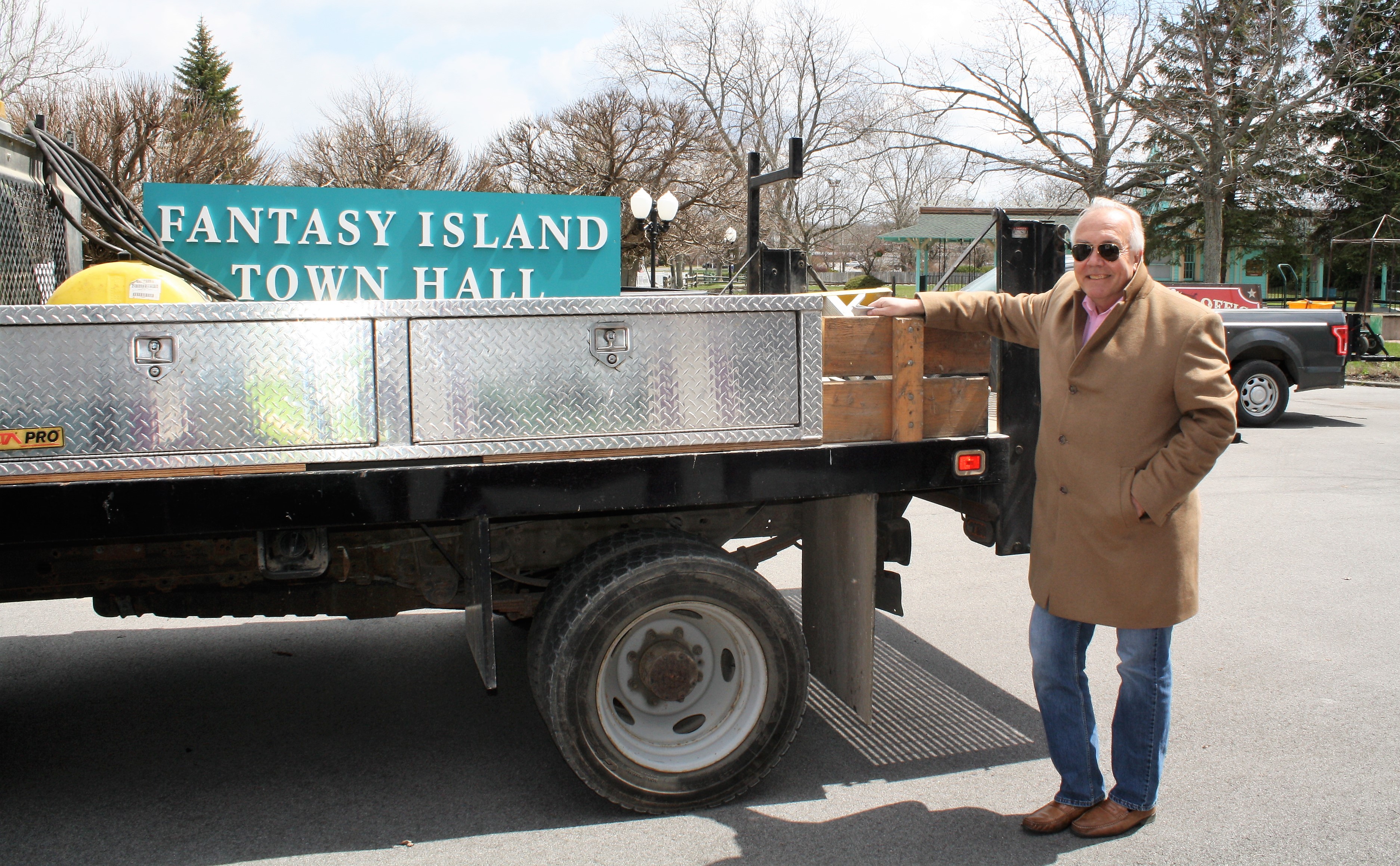 Among the items Crawford and Tom Dworak, parks crew chief, and members of their teams are taking from the park are 40 large picnic tables, 40 garbage cans with lids, landscape bricks and a number of miscellaneous memorabilia associated with the name and history of Fantasy Island.

“Many of these items will be of benefit to the residents and the Town of Grand Island, Parks Department and Highway Department,” Crawford and Dworak said in a letter to the Town Board requesting permission to accept the donation.

“Because the park was part of our town fabric for so long, we wanted these signs and a few other items so down the road we will figure out the best way to display them,” explained Crawford, who said his team is following social distancing practices as it dismantles the signs and transports the other items.

Among the signs are the old Town of Grand Island sign that was inside the park, the “Thank You for Attending Fantasy Island” sign at the exit, and a “Fun Wow” sign.

Every attraction but the Silver Comet and a water park have been sold. The iconic Ferris Wheel, which sits adjacent to Interstate 190, will be disassembled and transported its new owner in Italy.

Whitney continues to work on contacting someone from STORES Capital to provide the town with its plan to secure the property.

“I want a plan now, because this is prime property for vandalism and we will not put up with that,” the supervisor said. He told the Town Board if he does not receive a plan soon, he will request a letter from the town attorneys supporting his request. 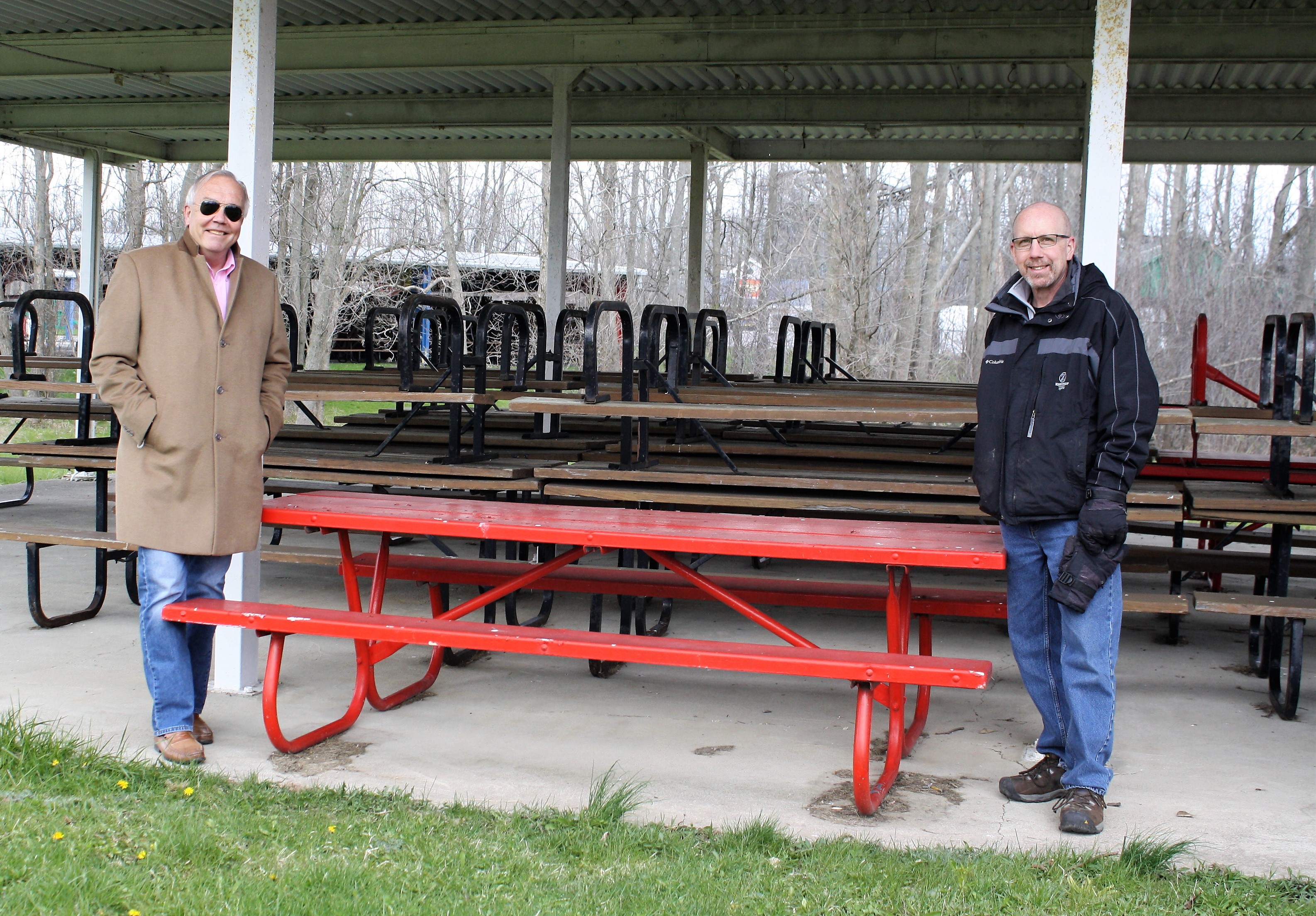 Supervisor John C. Whitney, P.E., left, and Highway Superintendent Richard Crawford at one of 40 picnic tables the town received as a gift from Fantasy Island