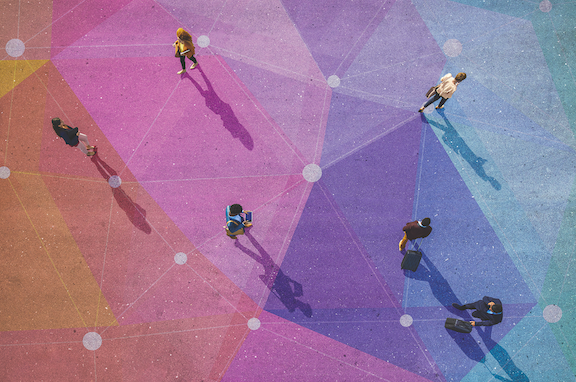 On Tuesday, Gov. Andrew Cuomo signed an executive order extending limitations he placed on social gatherings to slow the spread of COVID-19. His mandate, “which closed or otherwise restricted public or private businesses or places of public accommodation, and which required postponement or cancellation of all nonessential gatherings of individuals of any size for any reason (e.g. parties, celebrations, games, meetings or other social events) … shall be continued … until 11:59 p.m. on April 29, 2020, unless later extended by a future executive order.”

Cuomo further stated, “The fine for such violation by an individual who is participating in any gathering which violates the terms of the orders or is failing to abide by social distancing restrictions in effect in any place which is not their home shall not exceed $1,000.”

However, she said, “There’s always individuals or companies that are not following the rules, and that's significant, and that's something we're going to take very seriously.

“We've looked for guidance on how to handle it. I think we received probably the best guidance recently from the governor and from the Department of Criminal Justice Services. Essentially, we are going to go, our law enforcement is tasked with this duty.”

Wojtaszek explained, “We're not an investigative office. Law enforcement does our investigations for the most part. So, when we get a complaint, I forward that to the appropriate law enforcement agency to handle the investigation, of whether or not someone is actually, or some business, is actually in violation of the ‘PAUSE’ order.

“Then what happens is law enforcement’s been tasked with going and trying to speak with that particular individual or that particular business to say, ‘You cannot do this; there are repercussions to this.’

“I'm sure a number of people have heard already that the governor has upped the fine to $1,000. He's taking it seriously – and it progressively gets more and more steep, the financial fines, as you continue to ignore our warnings.

“So, first we provide a warning: We ask you, we tell you, to please shut down whatever business, so that we don't spread the virus. Then we will proceed through the civil sanctions first. But, ultimately, we can make a criminal arrest, if owners of businesses continue to defy our warnings, the sanctions and our order.

“We can charge with obstructing governmental administration criminally. What I've said to law enforcement – we talk about this every single day – I know they're out investigating, unfortunately, some businesses now. They will talk to me before making a criminal arrest, to let me know kind of the progressive steps that they've done to try to shut a business down, in compliance with the order. But we will ultimately bring criminal charges if we have to.”

The Village of Lewiston playground is closed.

Measures have been taken in Lewiston to prevent crowds. Of course, nonessential stores are shut, restaurants are takeout or delivery only, the library is closed, and government buildings are only open to staffers on an as-needed basis.

In addition, Town of Lewiston Supervisor Steve Broderick on Monday said, “We were able to take down the rims at all the parks, except for Lewiston 2. But Lewiston 2 is fenced in, so a padlock was put on the gate up there.

“No matter what we said, the kids were still congregating, playing basketball.

“The parks are open for walking and keeping your social distance, but the basketball courts are closed.”

Village of Lewiston Mayor Anne Welch said, “We closed our playground, roped it all off, took down our basketball rims, because the kids were playing basketball.”

Wydysh said, “We have to assume this (virus) is everywhere – that anyone could have it. And I will say that I do have to be out in Lockport just about every day to do that live broadcast; so, I drive through different communities. And I say that, out here, in the northwest Lewiston area, people really are doing a great job. The residents seem to, for the most part, be abiding by those distancing guidelines.

“We've done the same things with the parks: closed down the playground, closed down the basketball; but the trails are open for walking and exercise – and we’ll continue to keep those open as long as people are following guidelines. We're watching it; we're monitoring it; if we need to close things down, of course we will. But at this point, we feel it's good to have those open and available to people.

“Frisbee golf is the one big question everyone keeps asking me. Again, we're monitoring that. If we're just seeing families out, that's OK; but if we start to see big groups coming this way, we're going to have to consider closing that, as well.”

In terms of law enforcement, Acting Niagara County Sheriff Michael Filicetti on Friday told Wydysh, “What we've told the public is, first, I ask everybody to voluntarily comply, so we don't have to be contacted. Keep your 6-foot distancing; no public gatherings. If you're a business that's deemed nonessential, don't open. If you’re a restaurant or bar, do the drive-thru/takeout like you've been doing.

“I know it's tough on everybody in the community, but it's going to get a lot tougher if we don't abide by these regulations.

“If you do see a business, we react to complaints. So, if you see a business that's been deemed nonessential – let's say a bar, and they have people in there; and they're in there drinking, and it's like normal operation – contact us. We would come and assess that, and we do have the authority to close that business down. We’ll either go through the State Liquor Authority, we use the state Health Department or local code enforcement, and we would take action.

“If people do not comply – which I don't want this to happen – we could always go to penal law charges against somebody.

“I don't want to do that right now. With everything going on, I just want people to comply and follow the rules so we don't have to do that.”

Lewiston Police Chief Frank Previte said, “Our department receives a list of complaints filed in our jurisdiction regarding alleged violations of New York’s current ‘PAUSE’ restrictions. The complaints received are first vetted. If there is a valid health-related risk or violation of current restrictions, the person or business involved will be warned. Further violation after warning may result in criminal charges.

“We hope that everyone would comply, and that has been the overwhelming case thus far.” 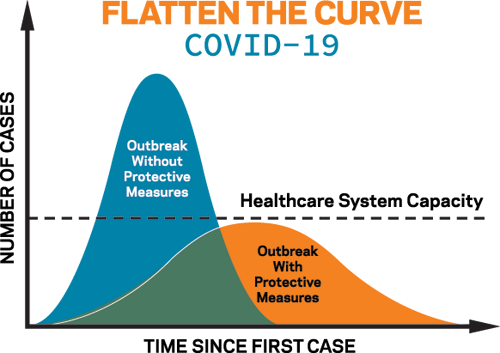 On Wednesday, Cuomo said it appears the coronavirus curve is flattening in the New York City area, in terms of declining hospitalization rates.

Due to a lack of testing tools locally, Wydysh said, “Niagara County is probably slightly behind the timeframe from what they’re seeing downstate; that we haven’t reached our peak yet.”

Speaking of physical limiting and “New York State on PAUSE” measures, Wydysh said, “What we’re seeing is that effort is helping. The fact that everyone’s staying home, staying distanced from each other, the governor truly believes those efforts are helping the situation – and that’s why we’re starting to see that flattening of the curve.”

“It’s very important that we continue to follow these rules,” she added. “That optimism – the fact that we’re seeing these better numbers for hospitalizations – does not mean that you should stop what you’re doing.”