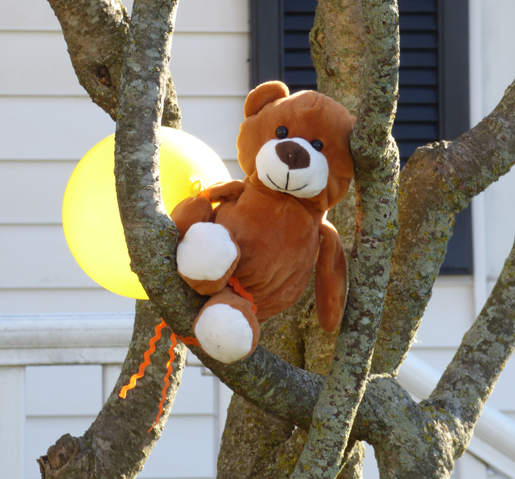 Children are home from school, have tons of time on their hands, and can’t play with their friends (at least not in groups). So, what’s a parent to do to help them pass the hours?

Elizabeth Corey Coffey and Jen Heinze recently invited community members to place bears and other stuffed animals in their windows, thus providing families an opportunity to get in the car and scavenger hunt.

Youngstown’s Coffey, who came to the River Region 15 years ago, said, “From the time that I came to live here, there's always been a real sense of community; everybody just wants to help everybody. And I have a ton of friends – because my kids are school-age – that have kids who are school-aged. And all of us together are looking for something to do to keep our kids entertained at this point – besides just trying to get through their schoolwork.

“So, literally, as soon as it got created and posted, my neighbor across the street put a bear out on his porch. And then his in-laws next door to him put a bear out on their porch; and it just kind of turned into this thing.

“I know we live in such a great little community, that I knew that people would probably jump on board.”

To date, more than 450 people have participated. 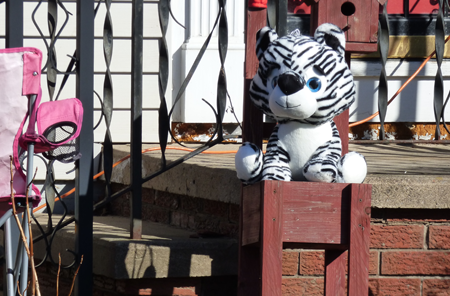 “Everybody has seemed to be super positive and happy about participating,” Coffey said. “I mean, I've got friends who don't have kids. Like I said, my neighbor across the street, he doesn't have young kids anymore; his girls are grown and off in college and living on their own. But he was right on board with participating.”

“I think it's just something that people need a little light of positivity; and a little bit of hope right now; and something kind of fun,” she added. “I don't know about everybody else, but I'm sick of watching the news talking about the virus, and was like, ‘Let's do something else instead.’ ”

“Everybody just needs a little distraction, right now, and this is an inexpensive, simple way that you can all feel like you're doing something together – but you're still ‘social distancing’ like you're supposed to,” she said. 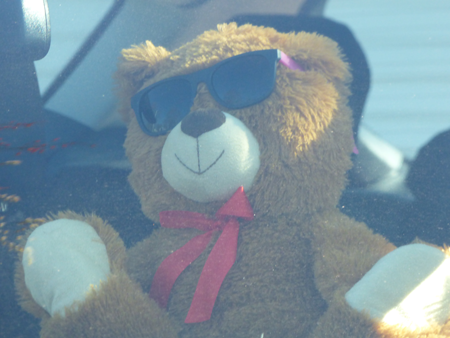 Lewiston resident Stacey Sheehan and her family placed a trio of stuffed animals in their windows.

“I loved this idea so much,” she said. “It added an extra layer of interest to our daily walks, but the best part of this is, knowing every time we see a bear (or other stuffed animal) in a window, it feels like our neighbors are saying, ‘We’re in this together! We’re on the same team.’

“We may be isolated, but our community still exists. It’s there. It just looks a little different right now.”

Coffey said, “Hopefully, it'll continue and it'll just give us something to do. I know, when we need to get out of the house, we literally just get in the car – any time of the day – and as long as it's light enough for us to see, we just go for like an hour's drive and look for bears.”

Though bears can be found in many neighborhoods, observers have noticed more in the East Avenue, Collingwood (off River Road), Youngstown Estates, Fifth Street and Seventh Street areas. Coffey said Victoria's Hair Care and The Country Doctor also got in on the act. 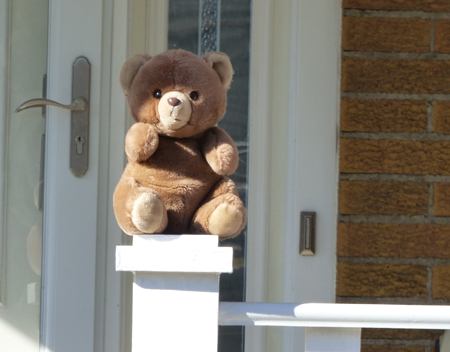