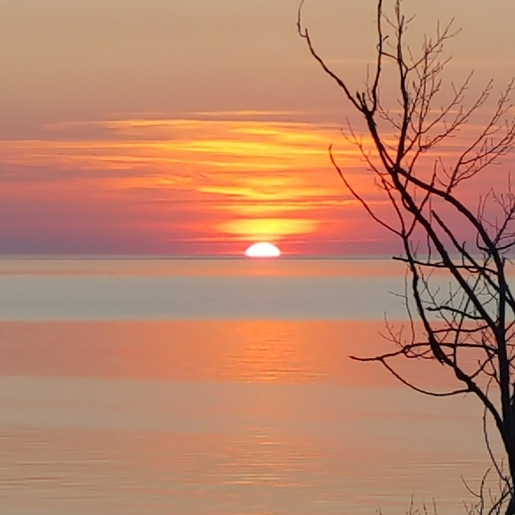 One of Lake Ontario's gorgeous sunsets. (Photo by Terry Duffy)

Mark Daul: Is Lake Ontario a beauty or beast?

My column today is not going to tell you about nor make you cry about the high water levels along the south shore of Lake Ontario.

The Army Corps of Engineers and the International Joint Commission (IJC) thought it best for everyone back in 1958 to make Lake Ontario a reservoir for future water levels, and to make the shipping industry that was growing by leaps and bounds, better. There was also an eyeball on hydroelectricity in earlier years that would be available for that expanding industry from back in the early 1900s. So the IJC and Army Corps put their educated heads together and developed Plan 1958. Then there was Plan 1958-D incorporated in 1963.

It seemed like every shore owner was happy. New homes went up, cottages rebuilt into permanent homes, recreational boating grew, and people were happy the greatest of the Great Lakes had a new happy future and direction.

After tinkering with the water levels in the 1960s, it was soon found out why we shouldn’t tinker with Mother Nature and leave her alone. Water levels were made to fluctuate, then there was too much water, then there wasn’t enough to make the shipping industry happy but always just enough to make electricity at the Robert Moses Power Dam in the lower river of the seaway.

So, the Canadian and U.S. governments put their heads together once again and decided IJC and Army Corps did such a fine job with Plan 1958-D, that they should spend another $20 million to study some other plan. The $30 million plan didn’t work.

Now we have Plan 2014, and the higher water levels are destroying what our grandfathers and fathers built earlier so they and everyone in the future could enjoy the grandeur of Lake Ontario.

According to newspaper reports, Plan 2014 is the sixth proposal for new regulatory guidelines the IJC has advanced since the 1990s. Most people don’t realize it, but each of these “brain flashes” puts us at greater risk than before. Lakeshore residents could enjoy Lake Ontario today, if the tinkering by those responsible didn’t wreck their shoreline or what they have left.

I know for a fact, the property I live on, about 75 feet of it is somewhere in the lake. I have a cliff and a railing so no one gets hurt and we all can look out into the lake to see the shipping industry at work, recreational boaters, the Toronto skyline, and so much more.

As my readers know, I am one of those “riparians” that live on the south edge of Lake Ontario. I just told you a little about the “beast” in Lake Ontario, now I’ll tell you about today’s “beauty.”

Lake Ontario, just like Lake Erie, can be your greatest friend if the lakes want to be. When I get up in the morning, the first thing I do is take a peek out into the lake to see how it is greeting me today. I see what the temperature is by looking at the big, 15-inch thermometer with the background picture of two deer, then look to see how far out the mud line is (that tells me how rough the water is, and how rough it was through the night).

To explain, the mud line will sometimes extend from shore to out as far as you can see, or anywhere in between. It is caused by the mud and clay being washed away from the shore banks from the high water levels and the wind.

For the most part, it is beautiful. Seagulls are out, screeching at one another while searching for food; the geese are gathered silently paddling in a group along the shoreline; occasionally, the neighborhood Great American Eagle will fly by looking for a good meal for itself, and its mate is building a nest for the new expectant children somewhere close by.

There is more – a family of white swans that has taken up residence in Four Mile Creek 100 yards east. They like to be out in the lake exploring and like the geese, and they will have a family of little ones learning their way around the shallow waters soon. Some mornings there will be ducks galore, but none this day. If I don’t forget to keep my bird feeder full, it will be full of blue jays, red-winged blackbirds, sometimes chick-a-dees, sometimes a whole menagerie of feathered friends, and doves on the ground.

The early morning sun will be bouncing off the water coming up from the east, glaring off the glass-like water, and the wind is either calm or a slight breeze will be in the air.

Now that is a beautiful picture, but it doesn’t always last. That lake can turn on you as fast as you can say “Jack Sprat.” The breeze will grow from the north, the east or west while you’re putting your shoes and socks on; and if you step outside, watch out that the wind doesn’t blow you and your shoes into the lake. That can come pretty fast, but when the wind comes a’ blowing, hang on. You will see the water level rise, depending on the severity of the storm, as high as 4 feet. That is a true statement. Four feet! The higher-up, educated, engineers can attest to that.

But let’s keep talking about the beauty of the lake here. The gorgeous sunsets are enough to inspire any artist or photographer and untrained eyes with delight. Or catch a half or full moon at night shining across that mass of glass-like water.

All of this can be seen and appreciated now. When spring starts popping, look for the migrating birds to come back home for the summer, the fish to start spawning and jumping up out of the lake to catch bugs that fly too close to the water, the thousands and thousands of cliff swallows making their nests in the fine sand veins of the high banks; and then you’ll see those fast, feathered Kingfishers laying in the rocks or on a tree limb just waiting for a chance to raid one of those unguarded swallow nests in that bank of fine sand.

Even though the raccoons and chipmunks are out roaming around yards all winter, they become more abundant when they start having their offspring when the weather gets just right for them. Skunks and other rodents will do the same thing, just like the bears in the woods.

Spring and summer are the days that I live for on the lake. There is so much going on, not only pertaining to the lake but to all wildlife in general. I don’t mean it’s just the lake, but in your own backyards and surrounding areas. You need to go outside and look for the blooming flowers and plants you might have planted last spring. Look for signs of the nighttime critters that pass through your yard at night – you will be surprised at what goes on that you don’t even know about if you don’t look.

Even though there was a lot of property on the south shore (the north shore, too), lost through the years because of drastic errors made on lake water levels and such, no one will be forgiven. I’d be willing to bet every nickel I have that most all of those decision makers from the 1950s through to the ’90s have all retired, or heaven forbid, passed away, so we all need to make with the best of we have left today.

Be sure you keep your new year’s resolutions, and take that kid or elderly person fishing (and don’t forget your camera). Email me at: [email protected].