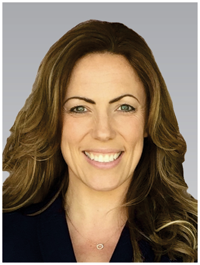 In 2016, Caroline Wojtaszek was elected as Niagara County’s district attorney. She has since worked in Lockport with a staff of about 22 lawyers – what she calls a mid-size office.

That team, she said, is now struggling to fulfill new discovery laws passed in Albany.

Wojtaszek said the laws were placed in an appropriations bill by Gov. Andrew Cuomo and “pretty much passed in the middle of the night.”

“Some of the concerns that have risen since is that they were not put out to committee, (and) a lot of the affected agencies – law enforcement agencies, the District Attorney’s Association for the state – were not at the table, or our concerns were not necessarily contemplated or considered in the passing of the laws,” she said. “Now we’re dealing with the law as written with no modification since it was passed, and it’s a struggle dealing with some of the consequences.”

Wojtaszek indicated one of the consequences of the laws is a much larger workload for her office, as well as the probation offices across the state – and law enforcement agencies in general – when considering what she described as equally concerning bail laws also recently passed.

“Three areas are subject to considerable change in the criminal justice reform,” she said. “The first being discovery, the second being speedy trial, and the third being bail.”

Wojtaszek said, “Essentially, discovery reform has created 21 areas of automatic discovery that must be turned over on everything from a felony, to a misdemeanor, to a violation, to simplified traffic information, like a traffic ticket. … It needs to be turned over in 15 days of arraignment. The 21 items of discovery – that are sometimes in the production of the district attorney’s office, but most of the time are in the possession of law enforcement – are bodycam footage, 911 calls, radio transmission. Things that are cumbersome, time-consuming. Items of evidence to upload and download and to gather without any additional staff or money to provide for additional staff.”

In preparation of this workload, Wojtaszek said she went to the Niagara County Legislature to ask for funds to hire two more full-time positions in her office, as well as another full-time IT technician.

“Currently, the law requires a certain amount of evidence to be turned over by statute by 45 days of arraignment. The rest of the materials gets turned over just prior to trial, if it goes that far,” she said. “Frankly, our office has been an open file discovery office for 20 years. I continue that tradition, which means that, within 45 days, our office turned over everything in the file to defense counsel. Now, it’s going to be 15 days and it’s much more cumbersome. … The only time we did not have any open files for discovery was with homicide cases, cases of domestic violence and sexual assault, and drug cases that involved a confidential informant.”

“Conceptually, I don’t have any problems with discovery reform at all,” Wojtaszek said. “Where my problem lies with discovery reform is that you could’ve easily made the requirements on misdemeanor and violations 30 days. You could’ve made felonies 45 days, and it wouldn’t have wreaked havoc in DA offices across the state, putting that very short time frame on the DA office and thereby law enforcement. It’s an unrealistic time frame.”

Wojtaszek said that, while she doesn’t understand where the 15-day time frame came from, she said the state legislation has tied it to speedy trial law.

A speedy trial is a provision guaranteed by the Sixth Amendment and also by New York state rule. It designates the allowable time a prosecutor has to be ready for trial from the time of arraignment.

“If someone was arrested with probable cause, the DA’s office would always basically state their readiness for trial at arraignment,” Wojtaszek said. “Most of the delay that would come after that was either asked for by the defense. … Now they’ve tied it to speedy trial, meaning we cannot declare our readiness for trial until we’ve turned everything over. That would be the only reason that I can think that they require it for a period of time. I just don’t understand the logic, because you can have us declare our readiness for trial and, if we did not turn it over in 45 days, or 30 days with misdemeanors, we could have an inquiry from the court asking why, and lose time off our speedy trial clock.”

At an event almost two years ago, Cuomo said, “We have to stop the injustices that brought us there. Lady Justice, the symbol of justice, she wears blindfolds, holds scales of justice. The point is your color doesn't matter; your place of origin doesn't matter. She's blindfolded. Only the merits matter on the scales.

“Really? Then why do we have a bail system that says it's how much money you have that determines whether or not you can get out? And what's happening now is if you can't pay the bail, you sit in jail; if you can make the bail, you get out. That's not justice. That's two forms of justice, one for the rich and one for the poor.

“Most of the crimes and misdemeanors are non-violent felonies, we want to change the law this year, get rid of the money, and the judge decides either you're a significant risk to public safety, in which case you stay in, or you're released on your own recognizance. Whether you're rich or poor, you're black or white, same standard.

“We have people sitting in jails for years. Meanwhile our court system operates half a day. …

“New York is one of only 10 states where the defendant doesn't have to be presented any evidence until the day of trial. So you can be sitting there for years, you don't know who's charging you with what, what evidence you have, on the day of trial they hand you a big box of paper. You don't even have a chance to prepare. We want to change the law.”

Wojtaszek said her staff began working weekends to get ready for the implementation of the law.

Every pending court case, she said, will have to comply with the new laws. And her office isn’t the only one, she said, as new bail laws will tax other probation offices, as well, because of bail laws.

“There were things that needed to be corrected without a doubt,” she said, noting defendants have been jailed for 30 days waiting for trial simply because they could not afford $500 of bail. “We changed our philosophy in the office, which was ‘Do not ask for bail in a case if we do not ask for jail.’ Our quick phrase was ‘No jail, no bail.’ Meaning, if you are not seeking jail time for this offense, don’t ask for bail. That, to me, was a fair proposition from our office.”

With this new law, Wojtaszek said all misdemeanors, with some exceptions, and some felonies, will be responded with an appearance ticket to court without any bail requirement.

“They will get arrested, they will get booked, they will get fingerprinted, and then they will get an appearance ticket to show up at some future date,” she said, noting violent offenders will be held to see a judge, a couple of hours later or the next day, to place an order of protection between the two parties and protect the victim. But the judge cannot place bail at that time, either.

“I’ll give you one that kind of shocks everybody,” Wojtaszek said. “If someone is arrested for burglarizing your house, a burglary second (degree), it is a violent felony. But they have carved it out, and although the person can be held to see a judge for arraignment and an order of protection will be issued, a judge has absolutely no authority to hold that person for bail.”

Wojtaszek said, “The last thing I want to stress that I think is a misnomer out there is the fact that they say, ‘OK, well, people will not be held in jail on bail, but there’s going to be pre-trial services,’ meaning group probation, and we’re going to have people watching these folks to make sure they’re abiding by their restrictions. … Maybe bettering their lives with services and so on. Or in the area of the domestic violence scenario. Someone’s gotten beat up.

“I have a long history of prosecuting domestic violence; I tell people all the time, when a woman calls the police and gets her abuser arrested, that can be the most dangerous, lethal, time in her life. I worry about the concept of a piece of paper keeping someone safe.”

…The retort to that is that, ‘We’ve made an exception to domestic violence cases and they can be put on electronic monitor.’ … The way that the legislation has been touted is we have pre-trial services and we have electronic monitoring.

“I just want to emphasize … the reality of that is that probation has not received one dime to expand the amount of probation officers in their district. Not one dime. Now, you’re asking an already-taxed probation office required to do so many new initiatives in the last 10 years to take on pre-trial services of all these defendants that judges want to have watched over while their case is pending … and not give them any more resources?”

“In numerous locations across the state, hundreds of district attorneys, sheriffs, police chiefs, police union members and other law enforcement officials called on the Legislature and the governor to address serious concerns to New York’s new bail and discovery laws.

“The bills were embedded in the greater budget bill and passed with little to no input from the law enforcement community. The bail bill will eliminate cashless bail for a wide swath of crimes and fails to provide any mechanism for judges to consider a defendant’s danger to the community. Zero dollars were provided by the state for pretrial services to help ensure attendance at trial.”

It added, “Virtually every other state in the country that has eliminated cash bail has given judges the resources to make proper decisions about who should be held and who should be released. Forty-seven states permit judges to consider public safety in their determination to set bail. After neighboring New Jersey implemented cashless bail, within months, they moved to a system where judges use risk assessment to weigh a defendant’s criminal history and the charges they face to determine their risk of danger to public safety.

“Year after year, New York continues to be a leader in public safety. New York is the fifth safest state in the country and has the lowest crime rate of any large state. New York also has the lowest imprisonment rate of any large state. Since 2007, crime has declined by 18% in New York state. New York state has a property crime rate 40% lower than the national average. The every day work of prosecutors, sheriffs and police officers is an integral part of maintaining and improving the quality of life for all New Yorkers. All of these offices must be adequately funded and properly staffed.”

The document quoted former Niagara County Sheriff James R. Voutour, who said, “Bail and discovery reform will change the criminal justice system in New York state, but not for the good of the law-abiding citizens of the state and Niagara County. The handcuffs are being removed from the criminals and placed on the hands of the hard-working deputy sheriffs, police officers, prosecutors, and other members of law enforcement working to protect our citizens. The Legislature and the governor need to delay the implementation of these changes to ensure that all New Yorkers receive the protection they deserve.”