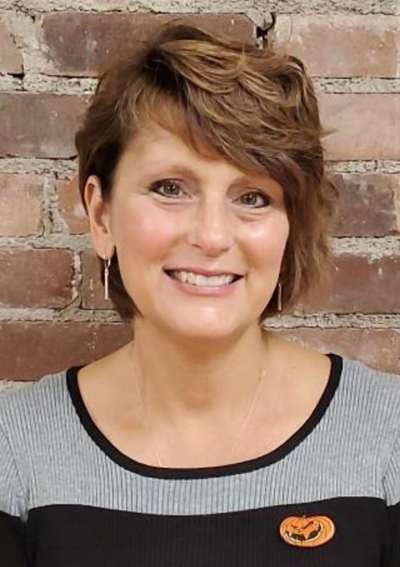 Over the course of 30 years, there’s no telling how many people Amy Salada has spoken with from her side of the clerk’s office counter. Most comments have been cordial; others, well, not so much.

Though an extraordinary number of observations have been shared in the 7,500 (or so) days Salada has worked for the Village of Lewiston, it is one note recently received that will stick with her as she steps down from her clerk/treasurer position later this month.

“I was recently told that I am considered a person of integrity, and that brought tears to my eyes,” she said. “What a nice thing for somebody to say to me – and it was in a social event. They had no reason to say it.”

Salada has recently had plenty of people say, “ ‘Oh, I’m gonna miss you. I can count on you. You’re always so helpful.’ ” She attributed this to a golden rule recently shared with newly appointed Clerk Shannon Fundis, Treasurer Stephanie Myers and Deputy Clerk Donna Vazquez.

“I always wanted people (to know) – and I tell the girls – that you want them to feel they can come in and ask us; and that it’s not a stupid question,” Salada said.

She recently shared a similar sentiment with Town of Porter Clerk Kara Hibbard.

“You may not give them the answer they want, that they come in looking for, but if you can prove to them why it has to be that way – maybe out of the code book or something – if you can show them why you’re answering them that way, they’ll leave happy,” Salada said.

“She is a role model,” Myers said of her departing boss. “I hope to live up to her standard, and fill her shoes.”

“She’s definitely a role model; someone I look up to, and aspire to work like her,” Fundis said. “She’s very considerate and thoughtful, all the time with us, and with every resident; with the trustees. She has her hand in everything, and just keeps everybody in their place.”

Clerking wasn’t the job Salada originally sought, but she found it to be a worthwhile endeavor – and a natural fit.

“I had an opportunity to work at the Department of Motor Vehicles with Marilyn Toohey. She also at that time was mayor of the Village of Lewiston (in 1990),” Salada said. “She was my supervisor at the Department of Motor Vehicles, and we got along fine. And I worked part-time under her for two years, and then they did away with the part-timers; New York state cut their budget. So, a few years later, this job opening came up, and it was listed in the paper, and I thought, ‘Well, I’ll try for that.’

“I came in and interviewed with the then-Clerk/Treasurer Bonnie Fyfe Moore, and Mayor Toohey, and they hired me on the spot.”

Salada explained, “I had some acquaintances, some people that had worked out at the town, so I had a general idea of what they did. And then again, I worked at Motor Vehicles, so I had worked with people. I also worked seven years at DiCamillo’s – first in their store here on Center Street. So I had people. And then I did telemarketing for DiCamillo’s, and I did billing and invoicing for DiCamillo’s.

“But I was still extremely shy. What happens is, as the people come in, you work through the questions with the other people in the office. And then you learn, you retain it, and then, before you know it, you are the one that knows things.”

Today, “She’s completely invested in it,” Fundis said. “You could ask her any question, and she knows. Half the time she doesn’t have to look it up, she just knows, because she’s so involved with it all the time. She has such passion with what she does every single day, and I think that’s why she’s so great at what she does.” 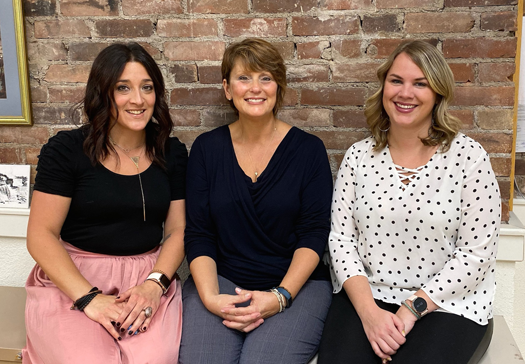 Salada said, “I am very grateful for my years here. That was the one thing. I was 26. I was young. I’m very grateful for all the relationships I built. That’s huge to me. My family, who let me do meetings – and I’m not supposed to admit it – but sometimes weekends (laughs).”

Her husband, Chris, retired as chief of the Lewiston Police Department in 2015. The two of them, she pointed out, live right down the street from the Red Brick.

Salada said, “I have sat at every desk – literally – out there,” from file clerk to clerk/treasurer.

“I’ve tied shoes; I’ve held babies; I’ve made sure people got home safe,” she noted. “I could go on for hours, but that, at the end of the day, taking care of the people and knowing that I helped somebody maybe that day, or maybe two or three of them, always made me feel good when I went home.”

In her job, Salada is responsible for … just about everything: finances, budgets, boards, employee files, historical documents, property details and transactions – not to mention being the first call when something happens in the village, whether it be a power outage, winter storm or store closing.

“She’s organized,” Myers said. “You wouldn’t be able to do this job if you weren’t organized, that’s for sure. She definitely helps us, as a very good teacher, and helping us learn our job.”

More than any accomplishment, Salada said she is most proud she was able to “develop relationships with the residents, and the businesses, and even people who came in, the roofing companies, and the construction companies, and the coworkers that have come and gone. That’s huge. I mean, it all meant so much to me, and I’ll just carry that all with me always.”

Mayor Anne Welch – whom Salada replaced as clerk/treasurer in 2014 – said, “Amy and I have worked together for 30 years. The village is our second family. Over the years we have laughed and cried, and sometimes fought like sisters, but we always loved each other. She has served the village and the residents well, and we will miss her, but we wish her well in her much-deserved retirement.

“You never know. Maybe she will run for mayor someday?!?”