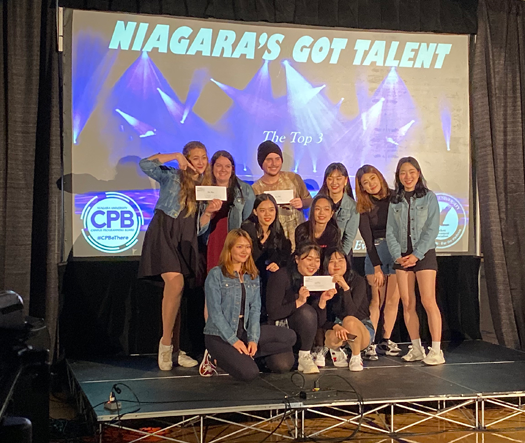 The winner of the fall 2019 “Niagara’s Got Talent” has been decided: K-pop Union.

There were 13 teams participating this year. Surprisingly, the winner was the team made up of exchange students. They performed dance in three different songs. The reaction of the audience was loud and they gave a standing ovation after the performance.

The reaction of the audience was good that day. Most of the participants sang a song. It would have been hard to decide the first, second and third place. It was hard to expect the winner.

Jessica Wang, who was one of the audience members, said, “I’ve actually thought everyone is the winner, because they did excellent. I didn’t expect that everyone can sing very good.”

Also, in her opinion, the duo Mike Englert and Tom Stedman should win first place. They sang a song about what they would do if they get $500, which was the price for the first place. On the other hand, Yeong Kyung, also in the audience, said, “It was interesting that there is an event that allow students to perform their talents.”

She also thought that, if K-pop Union does not get first place, it would be manipulated. 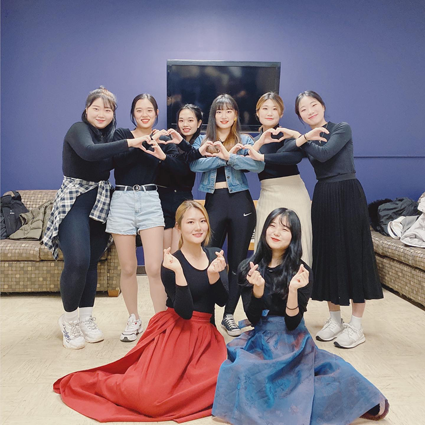 K-pop Union consisted of eight people. Interestingly, seven people were from South Korea as exchange students and one was a Niagara University student. The reason why the name of the group, K-pop Union, was chosen is that they wanted all of the people to be united together with K-pop music. They performed with three different songs: “Destiny,” “Strong Girls” and “Bang Bang.” Each song had a different group member’s performance. Moreover, each song had a different genre. 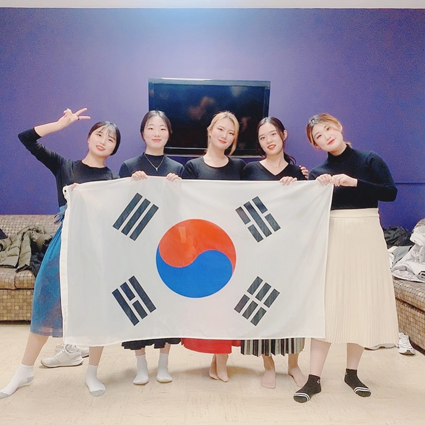 The first song of performance was “Destiny.” It is not like today’s K-pop, but it is made by Korean singer Sun-Hee Lee. The song “Destiny” is originated from her, but the choreography was done by other Korean artist N, one of the group members in VIXX.

K-pop Union chose this song because they wanted to show the contemporary Korean dance. One of the students in the K-pop Union group, Dain Joo, taught choreography to the others.

Dain said, “Actually I was worried, since I’m not that kind of person who likes to go in front of others and teach. However, I could round off successfully because the teammates provided their opinions well and showed a cooperative attitude.”

What’s more, Eunji Kim and Sungmin Chu, who was one of the performance members, chose this song as their favorite.

Eunji said, “Even though I didn’t perform in ‘Destiny,’ it was my favorite, because it was the song mostly showed Korea.”

Seung-min stated, “The moment they showed Korea national flag made my patriotism rose.” 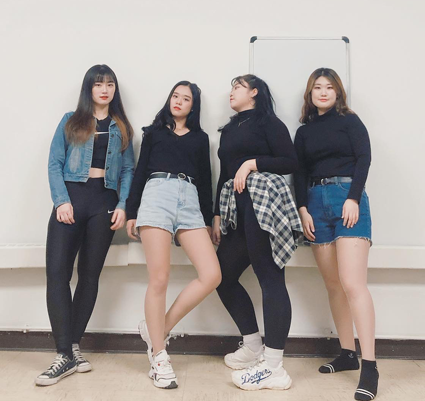 The second song was “Strong Girl.” This song is a K-pop and the singer’s name is Jessi. Astonishingly, she was born in United States. She is known as Korean rapper. The choreography that the K-pop Union performed was creative. Eunji Kim taught this choreography to other members. The choreography she taught was performed with her friends when she used to be in Korea dance club.

Eunji said, “I liked teaching others, because it makes me feel better and fun. Instead of passively following others who teach, it fit me more to teach what I know to others. Also, it was good for us to focus more on details since I knew all the choreography.” 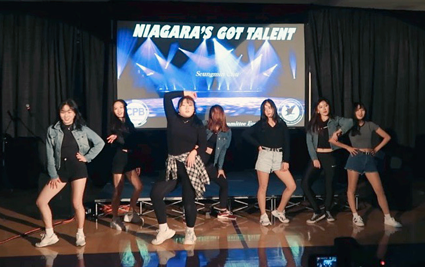 Dain and Jessica said, “This song was my favorite. Because most of the group members (seven people) participated in.”

Dain also added, “Actually, we didn’t imagine the stage would be so small. But it turned out to be more awesome to dance under the stage. I think that broke the outline.”

After K-pop Union’s performance, the audience gave a standing ovation to the members.

On the other hand, Eunji said, “I saw the audience standing up after the music ends and giving us a shout of applause. It made me think as we kicked out well and was so proud of it.” 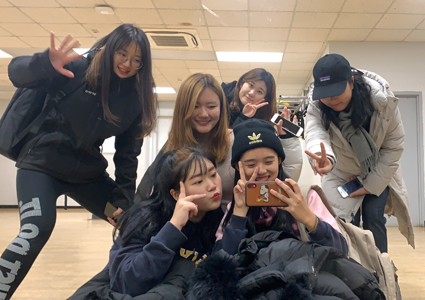 For this “Niagara’s Got Talent” event, students prepared for two months, which means they used a lot of time practicing.

Jessica said, “They sacrificed almost every weekend to practice. And I will say you pay, you gain. They spend a lot of time on practicing so that this is the result they got, the champion.”

Practicing every weekend might have affected them on their school work. However, they looked like they enjoyed dancing.

Dain said, “Actually, I like to dance when I don’t have assignments to do. Thus, this practice was like a hobby to me. It was fun.”

Moreover, Eunji said, “Whenever I had to go practice, I felt like ‘Again?’ But after I practiced it was fun and good memory. And since I’m an exchange student, I wanted to focus more on experiencing than credit. Frankly, we practiced every weekend, but for a short time, like one-two hours. It didn’t distract my school work that much.”

They looked like they are fascinated about dancing. In contrast, other members thought that it was hard to set the practice time because there were lots of members. And worried if they couldn’t make perfect stage. But ultimately, they earned both credit and honor. 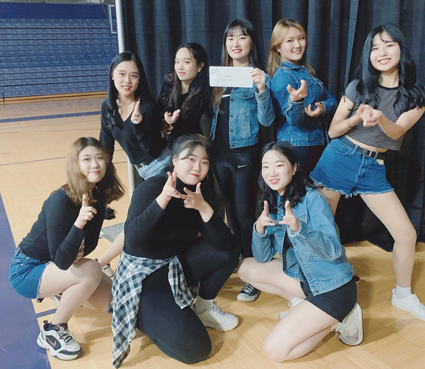 Now they got $500 as a winner’s gift. It was curious of how they were going to use it. Since they have eight members they decided to divide $400 into eight, which means each person gets $50. And with the $100 left, they are going to eat delicious food. With the $50 per that individual gets, they all had different plans: go shopping, eat delicious food or use it as a travel expense.

“Niagara’s Got Talent” is one of the longest-running events at Niagara University. It has been 20 years since it first started. Every semester, students can volunteer to show their talents in front of others. Those who don’t win can still get $10.

Also, there is a tradition that the winner for the “Niagara’s Got Talent” should decorate the last stage of the next semester’s show.

Unfortunately, the five members of the K-pop Union’s are going back to their hometown. Thus, it’s a mystery how other members will prepare their show.

Seung-min, one of the members who remains, said, “I’m not sure what we should perform, but if we can I would love to show another awesome stage.”

To get more information, visit Niagara University website (https://nusga.niagara.edu/) or Instagram (niagaracpb). Also there is full video of the winner here: