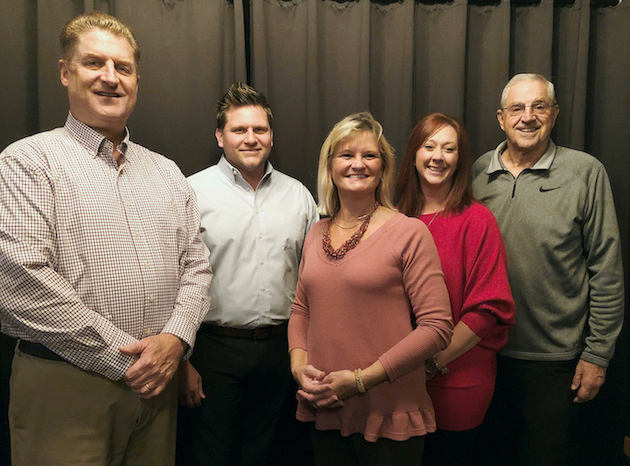 The Republican Party in northern Niagara County scored major victories on Election Day in the Town of Lewiston and in the legislature.

It was the same result for longtime Town of Lewiston justices Hugh Gee (3,245 votes/51.09%) and Thomas Sheeran (3,187 votes/48.66%). Both earned endorsements from the two major parties and ran unopposed.

“When we went door-to-door, they complimented us on all the great services that the town provides, and they were thrilled to understand that we were in good fiscal status. That made a lot of the taxpayers happy,” Geiben said. “They did mention they did not want a tax increase, and this budget is right online. We’re going to be in good shape.”

Myers, who was a surprise victor – even within his own party – said, “It feels great joining a team that is well-versed and established and has kept the town going in the right direction. I hope to solidify what we're doing.”

Broderick said, “I want to congratulate Jason and Bill, and I also want to thank Rob Morreale for four years of service. We had a good board – we’ll continue to have a good board – and I'm looking forward for Jason to come onto the board and keep the direction going the way we are. I think we have good camaraderie on the board. I think that'll continue with Jason.”

Irene Myers was elected and will take over the First District Niagara County Legislator seat recently held by the late Clyde Burmaster. She topped Democrat Wendy Guild Swearingen by 435 votes (1,922/56.36% to 1,487/43.61%).

Myers and Porter Supervisor John “Duffy” Johnston, also the Porter GOP chairman, attributed her win to perseverance among the many volunteers who worked throughout the late stages of the campaign to cement her victory.

“It’s amazing how we pulled this off in just eight weeks. The committee, the many volunteers, did an excellent job,” Johnston said.

“I can’t thank you enough for all your support. I am looking forward to serving this community in the county legislature,” Myers said.

All Election Day results are unofficial until formally certified by the Niagara County Board of Elections.