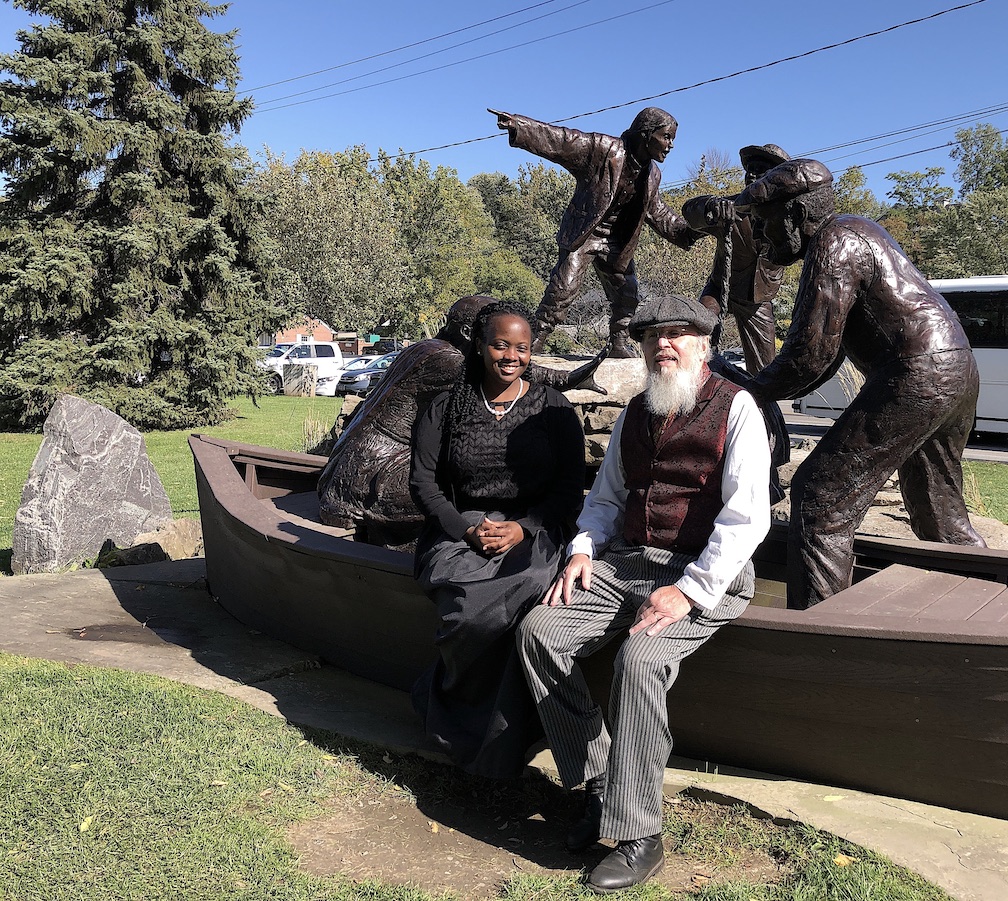 The Freedom Crossing Monument has become an iconic landmark in Lewiston. It was constructed by the Historical Association of Lewiston as a tribute to the enslaved who sought a new life of freedom in Canada, and to the local volunteers who helped them to cross the Niagara River on their journey to liberation.

It has become one of the most popular attractions in Lewiston, as people take time to study the scene portrayed in bronze, read the plaque and learn more about the Underground Railroad.

Lewiston volunteers played a pivotal role in helping fugitive slaves from the southern U.S. reach Canada – and freedom – before the abolition of slavery.

Highlighting the anniversary commemoration was a series of performances by the acclaimed James M. Hawkins Chorale of Jackson, Mississippi. The group has won international awards and was featured in the newly released “Risking Everything: A Story of Niagara’s Freedom Seekers” documentary that chronicled the monument’s creation by local sculptress Susan Geissler.

Lee Simonson served as master of ceremonies. He and former Historical Association of Lewiston President Diane Finkbeiner (also a speaker Sunday) led the charge in 2009, as HAL sought to raise funds and erect this monument.

Other speakers included Lezlie Harper, a fifth-generation descendant of a fugitive slave from Kentucky; and Tim Henderson, who has portrayed Lewiston Underground Station Master Josiah Tryon for more than 25 years.

Following the ceremony, guests were invited to “The Old Stone Church” section of the Lewiston Presbyterian Church for an additional chorale performance, a reception, and a viewing of “Risking Everything” with creators Izzy Bleckman and Mary Roseberry. 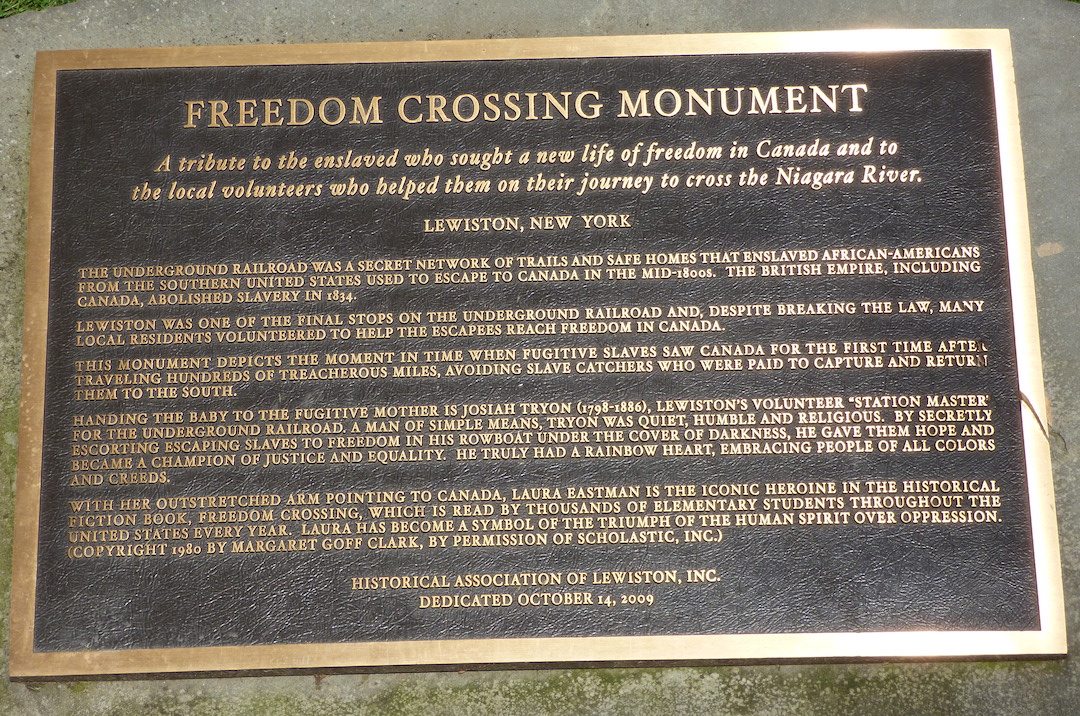 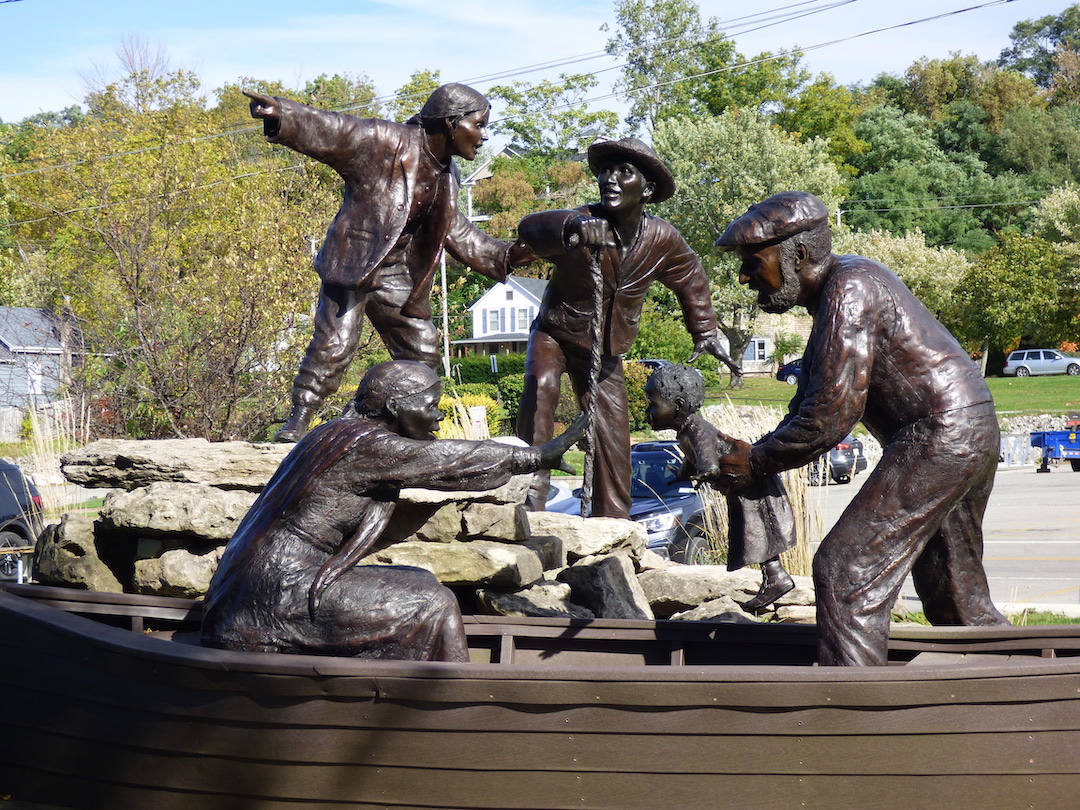 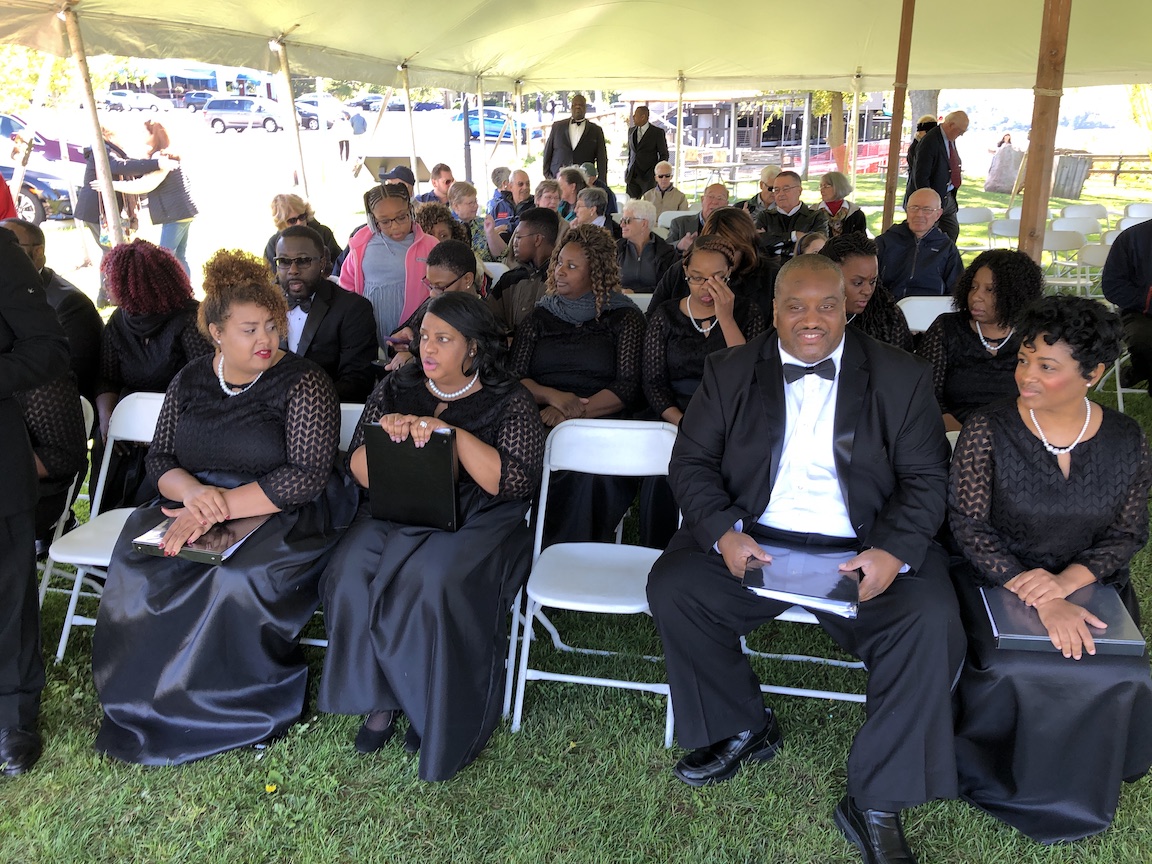 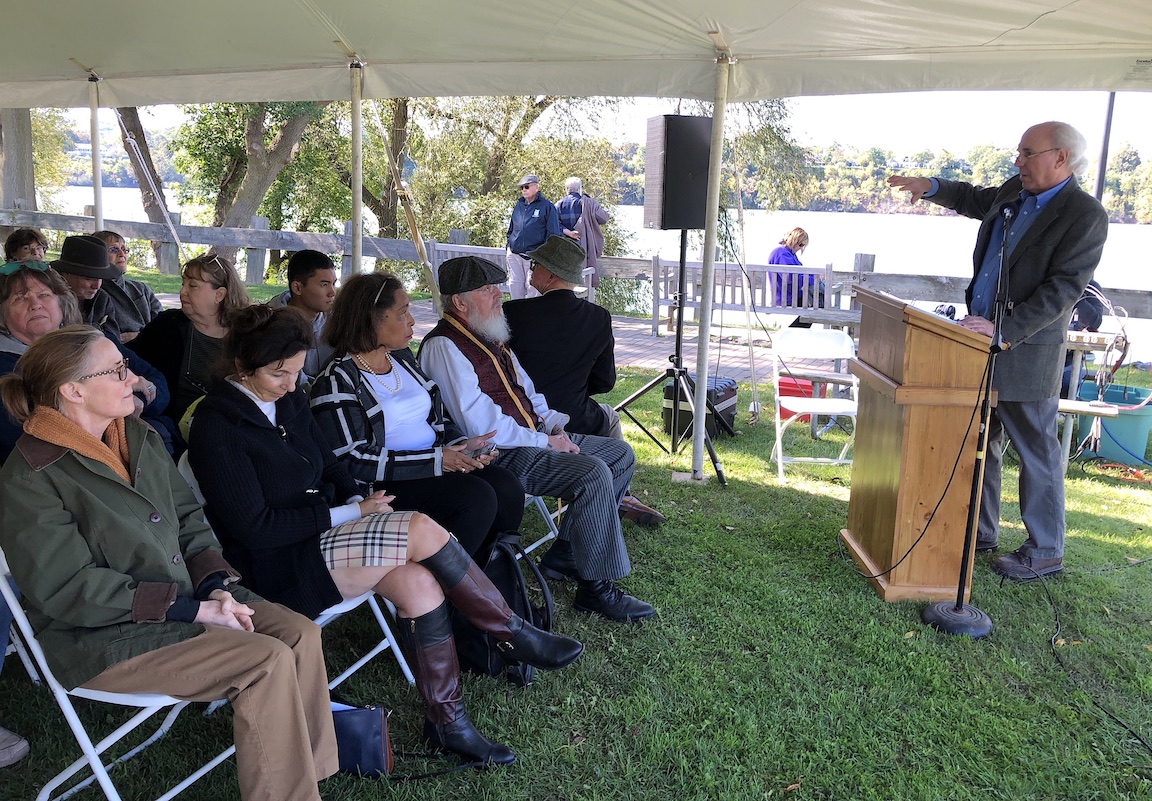 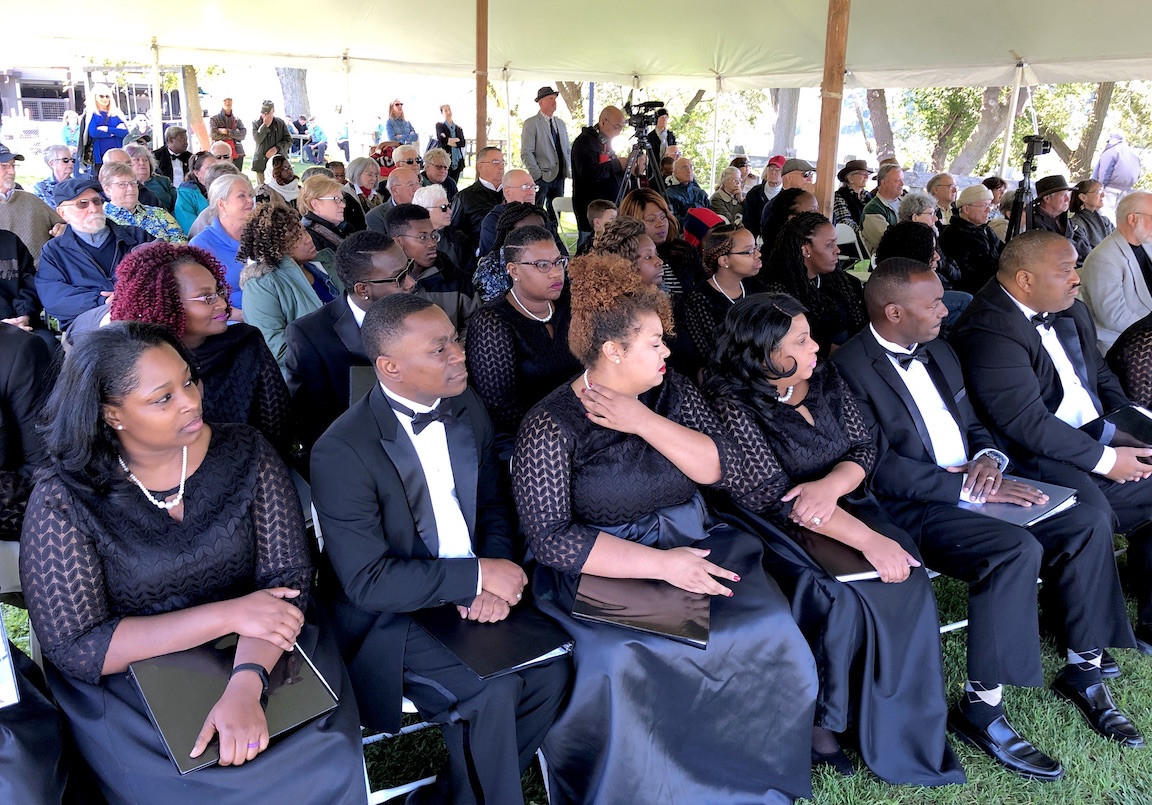 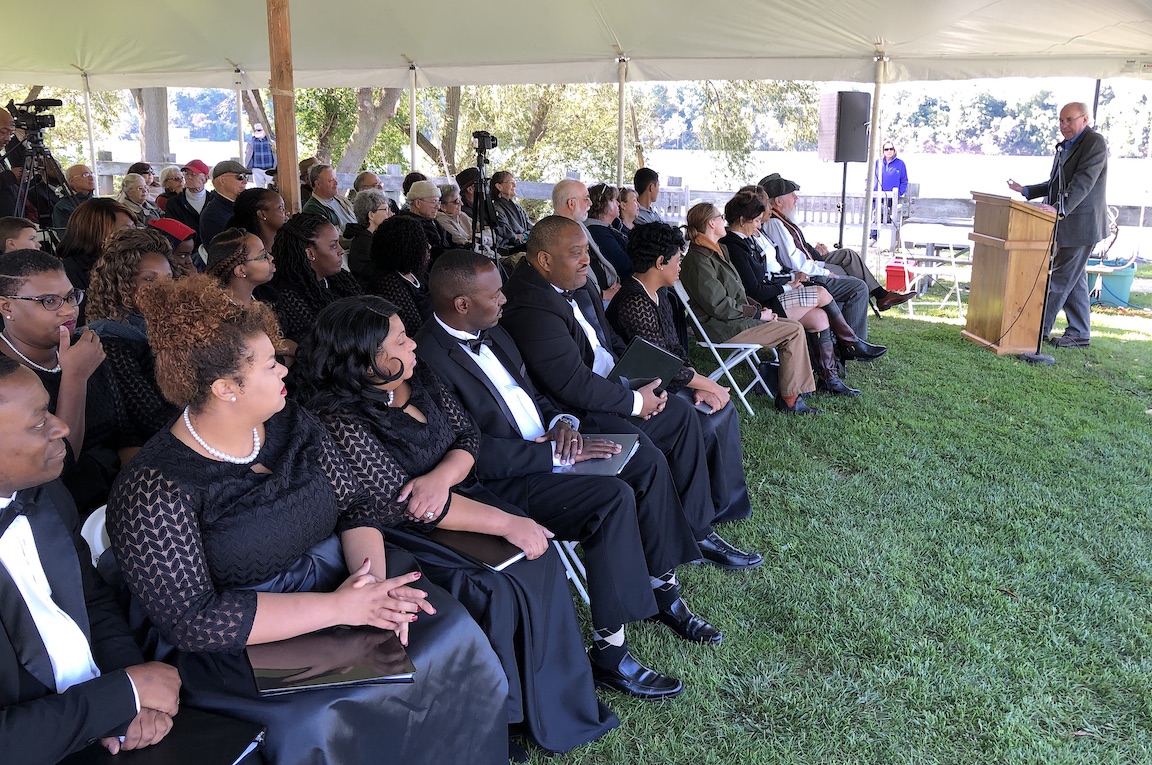 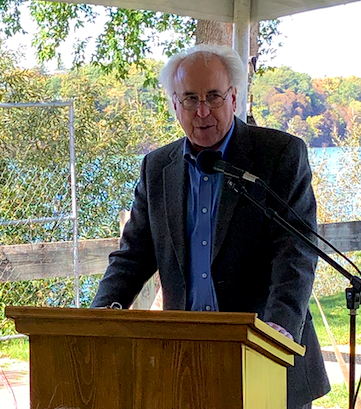 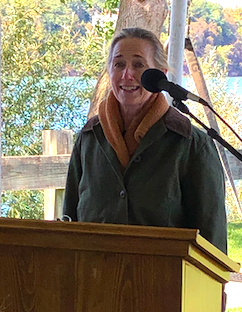 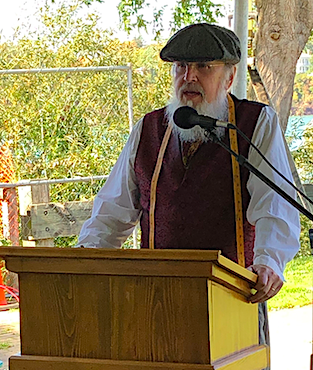 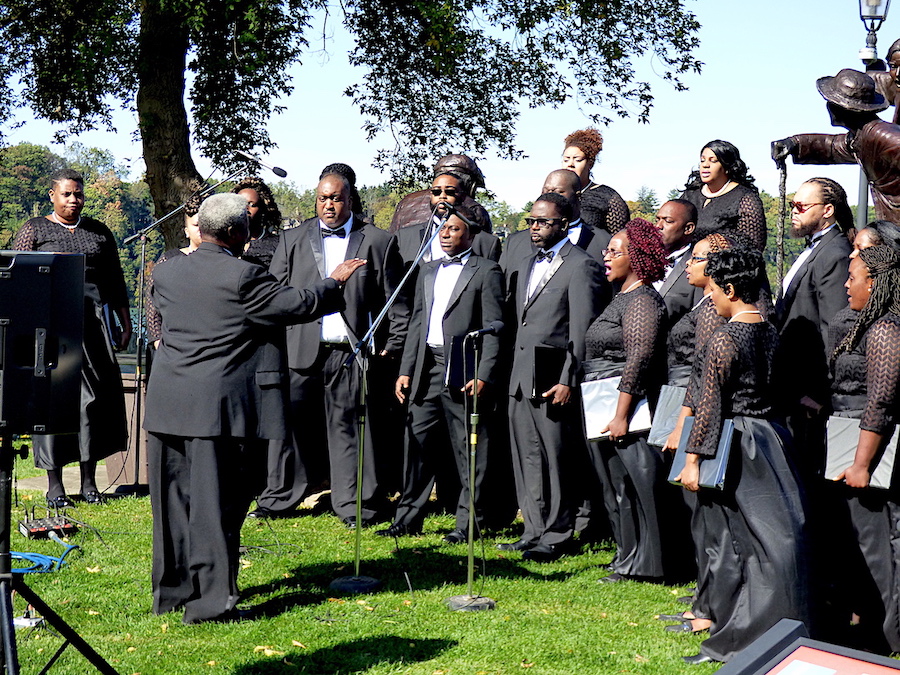 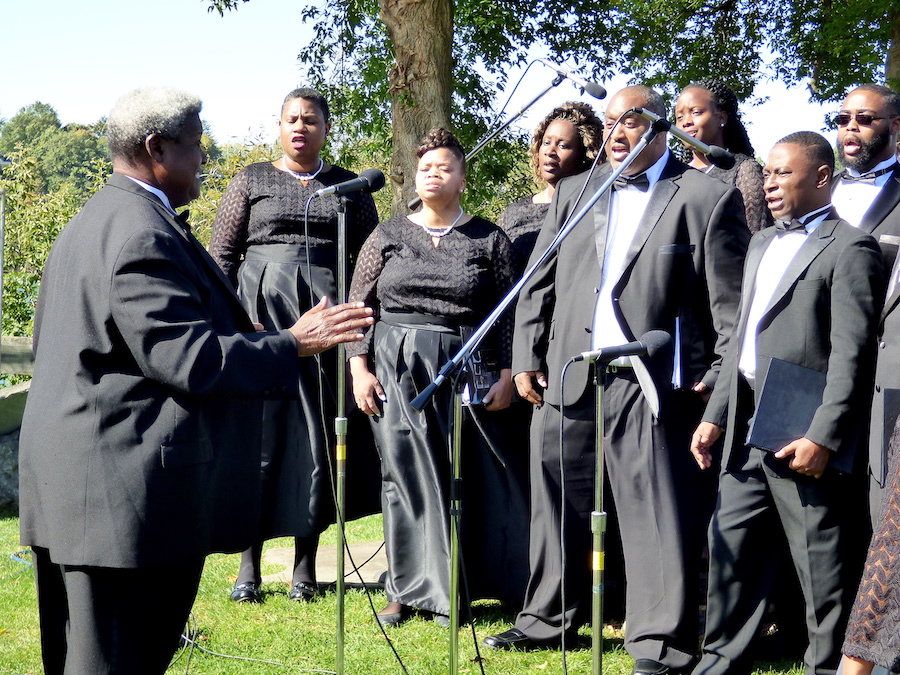 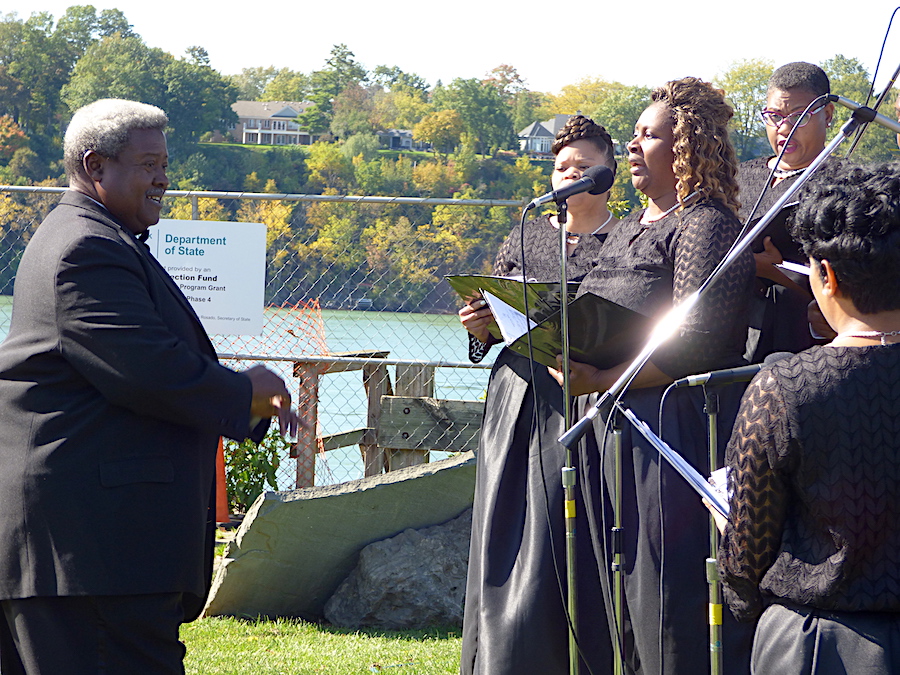 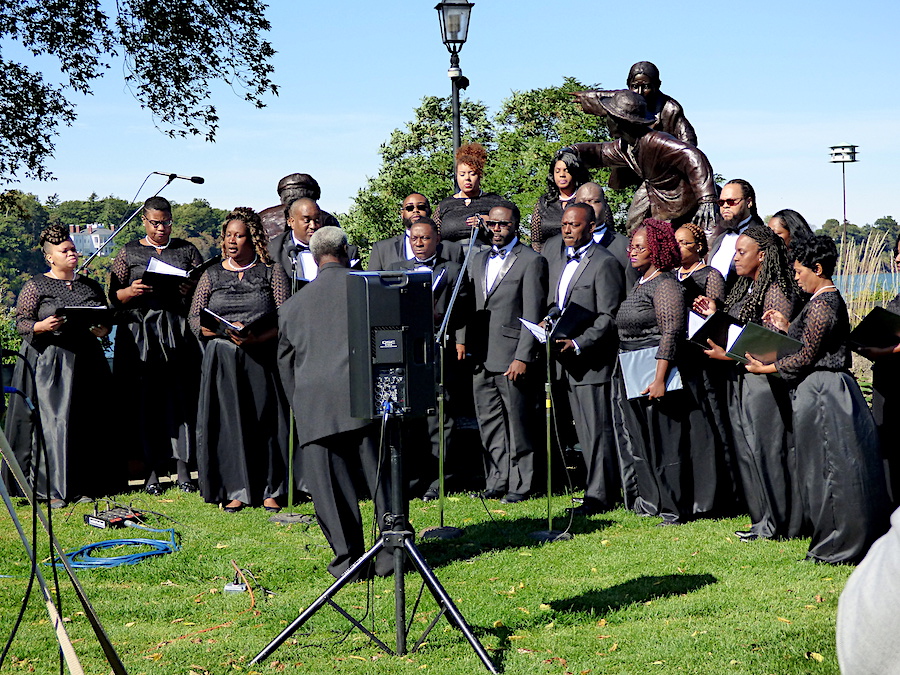 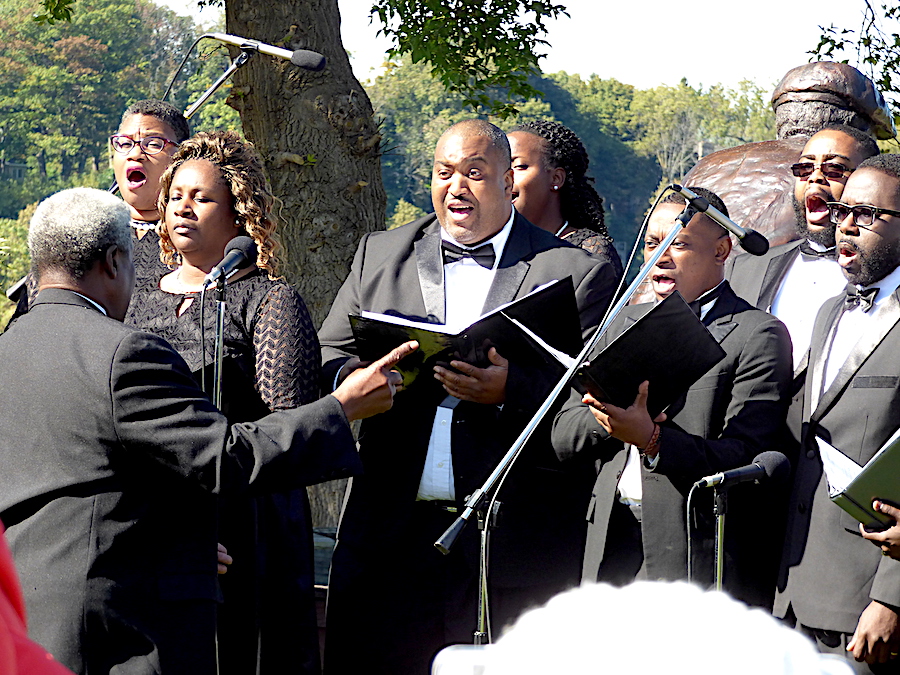 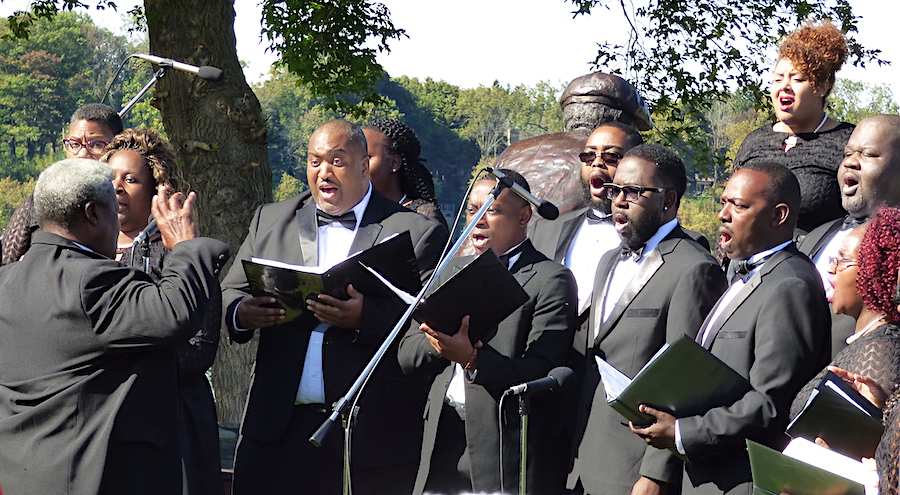 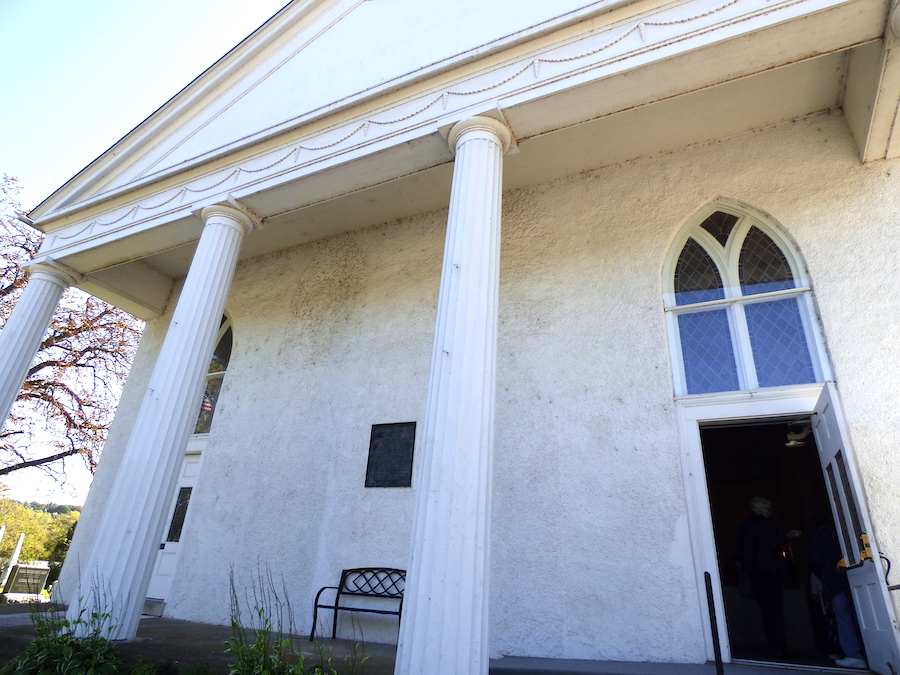 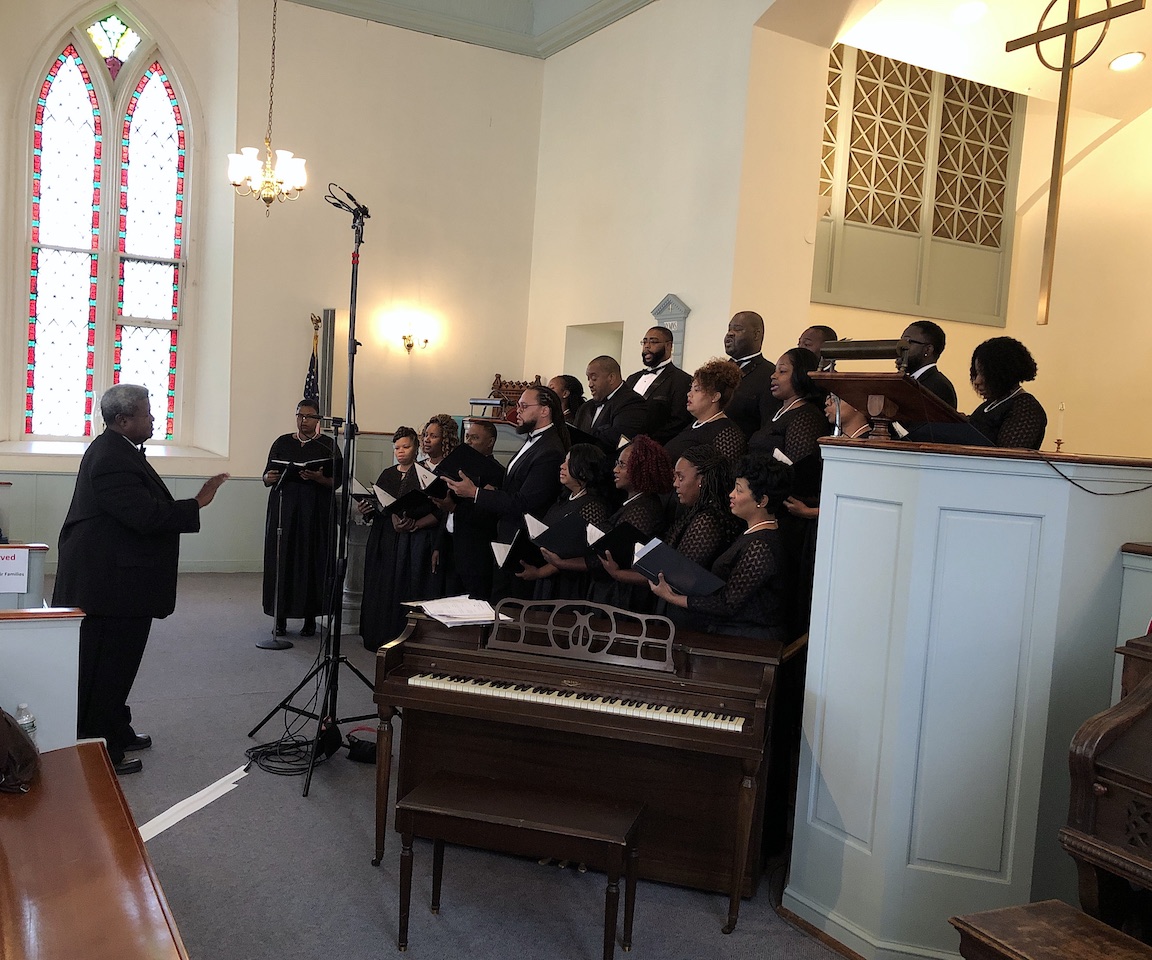 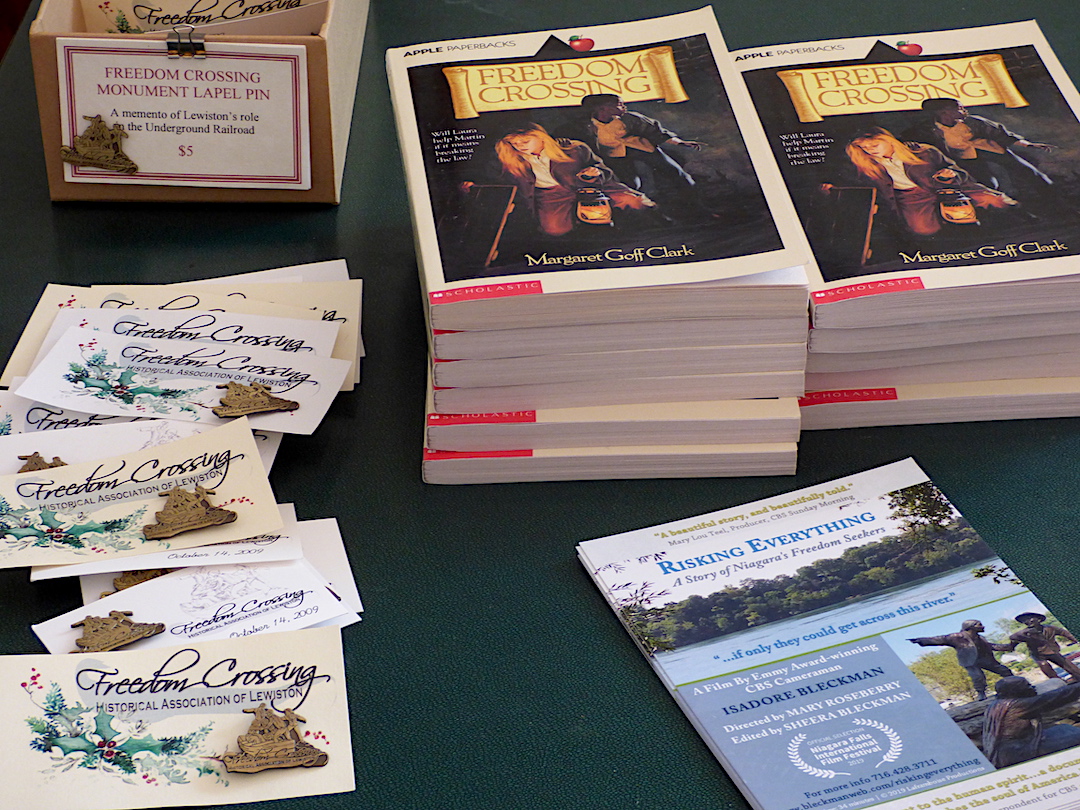