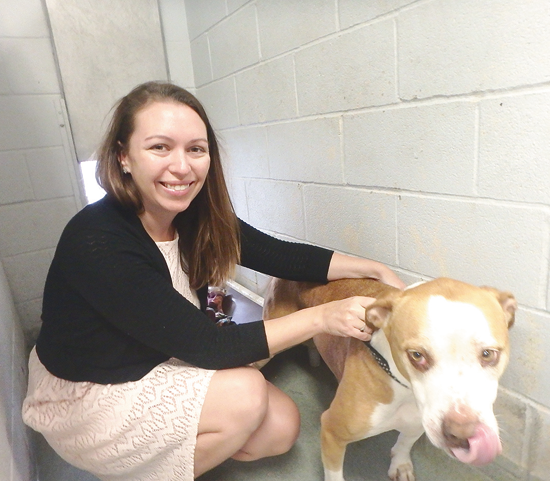 The Niagara SPCA has a new program aimed at emptying its facilities. It seeks help from the community. Understandably, a lot of people can’t help by adopting an animal, but the SPCA is hoping that community businesses and individuals would like to be the second best thing: the force behind finding each of these pets a home. It’s called “Sponsor a Cage.”

According to Gary Hoy, director of the initiative, the program has really “taken off.” He attributes this to linking philanthropy with business, creating a win for SPCA, and its sponsors.

“The theme of the program is to empty the cages at the Niagara SPCA,” Hoy said. “So, we get a hold of the community (business) to sponsor the cages. They get an image; they post it on social media. Well, the program goes with it, and all of the sponsors on the page go with it. So, if I have 5,000 followers, now, all of a sudden, I’m on a page that is going to 100,000 followers. … So, I have a little niche (on social media) and it turned into a big niche.

“I think social media is so big. Once I realized that companies do it for the right reasons, but that you could also add in to it, that you could get their logo onto the image of the animal getting adopted, then everybody started to think of it as a business, too.”

Hoy said by businesses taking the time to sponsor a cage, or more importantly the animal living inside it, they are doing the right thing, and are also getting the eyes of their potential customers.

“It’s not just giving to a good cause, it’s also marketing,” he said. “It’s the community coming together, donating for the right reason, but also, people find out who’s donating. What happens is people start knocking on the door, because they want to be recognized as someone who’s donating, too. So, it applies to the business idea and that’s why I really think the program took off.”

As an aside, Hoy told the Tribune the program didn’t cost the SPCA anything, and all the money from the sponsorship goes right to the animals, to feeding, housing and caring for them as they wait to be adopted.

“It’s an amazing idea, because a lot of times people want to help animals, but they don’t know how or they can’t adopt an animal at this time. And so, this not only gives them an opportunity to get their business out there, but also to help an animal in need,” said event coordinator for the Niagara SPCA, Kimberly LaRussa. “What will happen is this: I will work with a sponsor, they can pick out their own animal or we can pick it out for them, and I will be sending them photos of that animal with their logo on it. So they can promote that on their social media channels and encourage others to share the photo or even help adopt the animal. It’s a win-win for everyone.

“I say the sponsors are like good luck charms for the animals. For instance, we had our very first sponsor come in here and she and her daughter picked out a dog that they really liked, and guess what? In just an hour later, the dog was adopted. So, I call the sponsors good luck charms because they advocate for that animal and it’s really sweet. … It’s just nice to know that somebody cares about that specific animal.”

The animals come from all over, LaRussa said. Some are rescue animals, strays, and sometimes it may take some time to find people who want to adopt them. However, the Niagara SPCA is a no-kill shelter, so the animals can stay for however long it takes – fed, cared for and loved.

“You never know; there’s dogs that get adopted in a week, there’s dogs here that have been here for months,” she said. “Sometimes a year; so it just all depends. If a dog isn’t doing well in the shelter because they get anxiety, then we find them a foster family to foster them until they can get adopted, but that’s on a case by case basis depending on how the animal’s doing in here.”

All of the work to put up the website and the technology aspects of the project is provided by attorney Ross Cellino, who also hired Hoy as program director, thereby eliminating any cost to the SPCA.

“I’m happy to do it, because Angel is about 9 years old and she needs a forever home and we’re hoping that happens soon,” Cellino said of sponsoring one of the dogs. “They do a good job here at the SPCA; keeping them fed and cared for, but it would better in a home. … And I think the program is working. The word is getting out and, as long as that happens and we start emptying cages, then we know the program is working.”

“This may really be the bell-cow for the country,” Hoy said of the initiative. “It’s working here. There’s an SPCA everywhere, so you’d like to think people would jump on board on it. There’s not even anything else close to it.”

To get involved, type in www.cellinospca.org and see how to sponsor an animal or help in other ways.