Regina Cecconi, who was recently elected district governor District 20-N, thanked each of the groups for attending.

“I wanted to start off with saying, thank you to everybody that came tonight,” Cecconi said. “I don’t think I have a lot to say about doing community service and volunteering in our respective hometowns, because I’d be preaching to the choir. Everybody here knows the importance (of it), and how many people we help every year. Thank you for coming and supporting the event this year.”

Awards were given to three individuals. Paul Wilson was awarded a pin for his 45 years of membership. Roberta O’Toole was honored with the Robert J. Uplinger award for her work securing a grant for the Wheatfield Lions. Brad Anderson, a friend from Canadian Lions was given a “Hands Across the Border” pin.

“This is one of the few Lions clubs that have their own clubhouse, their own fishing pond, and about 11 acres here,” Bill Ross, a former president of the Wheatfield Lions Club, said as he awarded Wilson, one of the Wheatfield Lions charter members, with a pin. “A lot of these people, that were the early Lions, are the ones this put this venue together and they should be commended for it!”

Each of the groups took the time to tell onlookers what they’ve been doing in the community.

“We’ve spearheaded a program with the Masters Childrens’ Hospital in Hamilton,” Anderson of the St. David Lions said. “There was a need for a zone for the teenagers who are suffering and going through chemotherapy, so we’re developing a teen zone.”

“We do a number of things in the community even though we are not a service organization,” Rob Allen, president of the Wheatfield Business Association, said. “We have a scholarship program. This year we gave away three scholarships to seniors from Wheatfield. We provided entertainment at the town picnic and we kind of do what you’re doing here. We go from business to business, they introduce themselves and you’d just be shocked at the number of things each and every business in Wheatfield, that belongs to the organization, does and volunteers; doing things quietly in our community. So, we’re very proud of that.”

“We sent three local children to summer camp,” Smith continued adding that her Kiwanis also funded Kamp Kiwanis. “The proceeds from our coffee sales, which was donated by Bob Burns from Tim Hortons; we’re going to take that money and turn it around and we will buy $10 gift cards to give to families at Children’s Hospital so they can use them to get food while they wait.”

“There’s a Greenway trail along Niagara-Wheatfield High School that we’ve been updating,” he continued. “The third stage of that will be done on Saturday, Sept 13, so any service club or anyone that wants to come out and get their hands dirty are more than welcome.”

The Town of Niagara Lions announced they finished their work at the Music Mania Mondays.

“We’re working on a scoreboard for their soft ball diamonds there,” President Theresa White said. “With all the money we raised from the TV raffle and the concerts and the grants, that’s our big project.”

In closing Ross shared a message with his fellow volunteers of the area.

“Without service clubs, it’d really be sort of drab,” he said. “Thank God we have people like you sitting out there that donate your time and give back to our publics.” 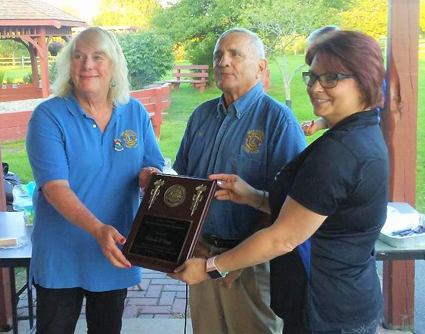 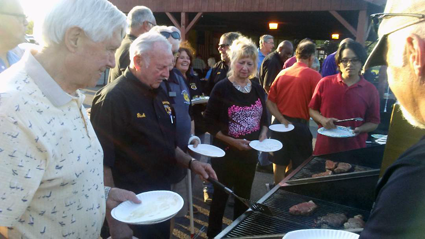 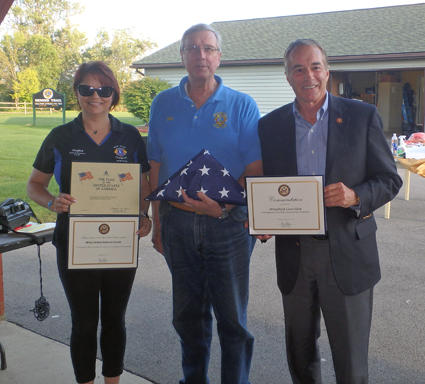