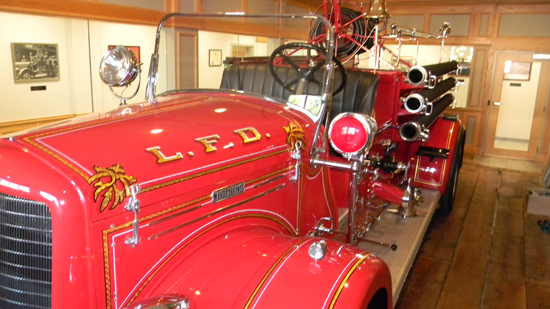 In the photos, Lewiston No. 1's "Old Ward" and its brand-new 2019 rescue pumper. (Photos by Terry Duffy)

River Region residents will be able to check out the latest in fire safety, view some cool fire demos, plus get a look at two new fire vehicles and one real classic as Lewiston Fire Co. No. 1 hold its open house Saturday, starting at 11 a.m., at the North Sixth Street fire hall.

“We will officially unveil it on Saturday,” said Lewiston No. 1 Chief Les Meyers of the 1937 Ward-LaFrance pumper, fondly known around the fire hall as the “Old Ward.”

Over the past several months, a number of Lewiston No. 1 Fire Co. members have been involved in an extensive renovation effort – electronics, mechanicals, etc., on the older vehicle that Lewiston 1 intends to showcase in the community, be it parades, special events, etc.

“There’s a few more things to be done but they got it up and running last night,” Meyers said. “It’s not really a restoration, but the whole body was off, the frame, they did sandblasting, replaced the engine, put it back together, rewired.”

Meyers said the public is welcome to view the Old Ward plus two other brand-new vehicles in Lewiston No. 1’s fleet: an EMS response pick-up truck paid for via a grant from State Sen. Robert Ortt and Assemblyman Angelo Morinello, and a 2019 rescue pumper.

Meyers explained the new truck comes with all the computerized “bells and whistles” and also a hefty price tag – $675,000 – paid for via Lewiston 1’s much-appreciated support from the community.

“We run our fundraisers, that really helps us with vehicles like this,” he said.

On this afternoon, Lewiston 1 visitors will be able to view the new vehicles and partake in a whole lot more at the open house, which goes on to 4 p.m. Included will be a live fire demo at 2 p.m., nozzle practice for this kids, a smoke room maze for all ages, fire truck and boat rides (if available), blood pressure and blood glucose screenings, fire house tours, complimentary hot dogs and hamburgers, a visit with “Sparky” the fire dog, Lewiston Police K-9 demos and car seat checks, a MercyFlight helicopter visit and more.

Meyers said Lewiston 1 would hold a formal dedication of the new pickup and rescue pumper at noon, plus an unveiling of the Old Ward.

“It will be a good time; we hope the community stops by,” he said. 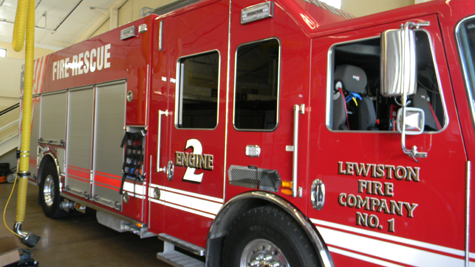