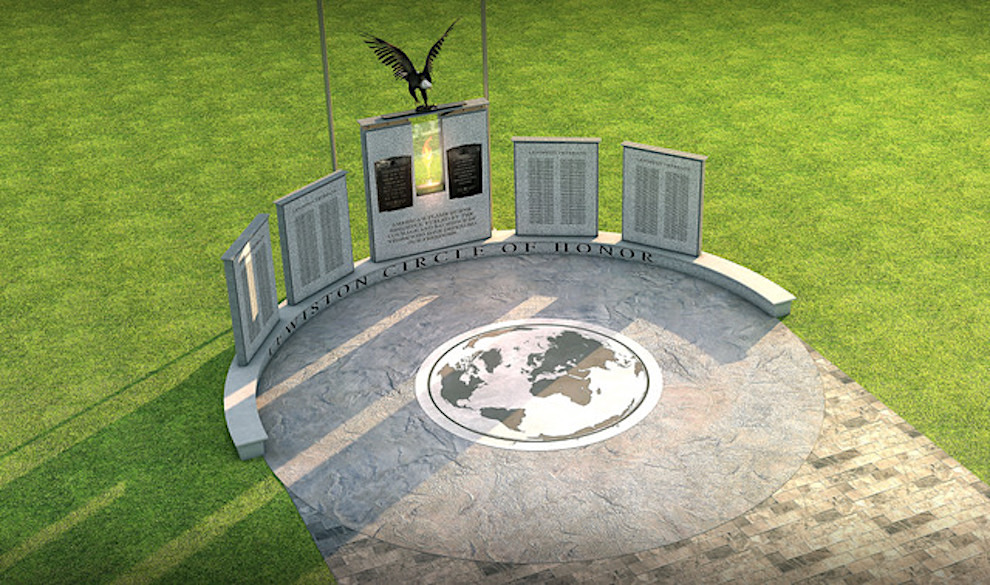 An artist's rendering of the Circle of Honor. (Image courtesy of Veterans of Foreign Wars Downriver Post 7487)

Veterans monument will be closer to Center Street

The "Circle of Honor" is moving.

Veterans of Foreign Wars Downriver Post 7487 was set to begin construction of a new military monument in Academy Park when it discovered what sits beneath the existing tribute area.

“The memorial is moving closer to the Portage Road and Center Street corner, because there is a 12-inch water main directly under the old memorial,” spokesman Lee Simonson said. “The village advised that we move it. The new location will be better for the future memorial and park as well.”

At Monday’s Village of Lewiston Board meeting, Mayor Anne Welch said, “They had to shift their plan over, (but) it’s really a better location.”

“A little shadier,” Deputy Mayor Vic Eydt said. “You’ll be able to see it from Center Street, too.”

Welch said, “Our brick walkway that goes along the park, along Center Street, it’s going to be right off of that. People will be able to walk around and actually see the monument there, instead of going way over onto the Portage Road side (where the current monument sits).

“I think that’s a real plus just to move it over.”

The “Circle of Honor” design calls for a series of pillars highlighting names of deceased veterans. An eternal flame will be encased inside the center stone. These markers will be placed on flat ground, thus providing the public greater accessibility. 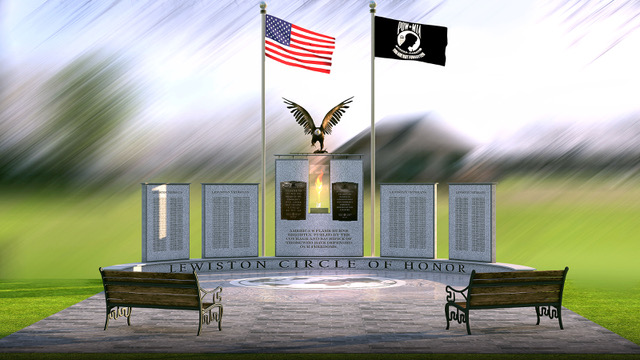 An artist's rendering of the Circle of Honor. (Image courtesy of Veterans of Foreign Wars Downriver Post 7487)