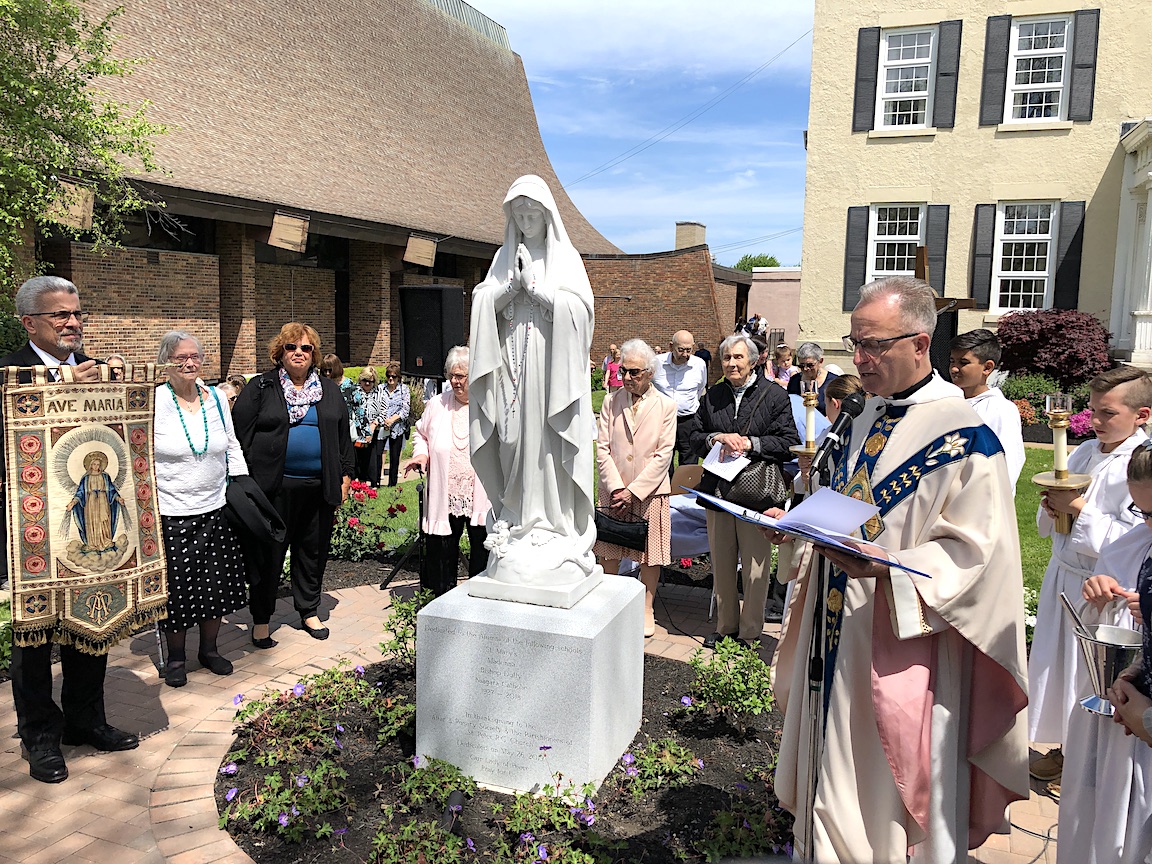 The Rev. Monsignor David LiPuma officiates a Mass of thanksgiving and dedication of the shrine to the Madonna at St. Peter R.C. Church.

A statue of the Madonna that once stood in front of Niagara Catholic High School has found a new home at the foot of St. Peter R.C. Church in Lewiston. On Sunday, the Rev. Monsignor David LiPuma led a Mass of thanksgiving and dedication as he stood next to the monument of Mary.

Parishioners lined the sidewalk to watch the ceremony. LiPuma noted the statue was acquired thanks to the work of the parish Alter & Rosary Society, church members, and former Niagara Catholic board members. The 10:30 a.m. Mass was dedicated to them, as well as to the alumni of Niagara Catholic and its founding schools: St. Mary’s, Madonna and Bishop Duffy.

A new base was created to hold the statue. It lists the schools, their collective years of operation (1927-2018), and the date of the dedication ceremony.

This was LiPuma’s last Sunday morning Mass at St. Peter’s. He will transfer to Our Lady of Victory Basilica in Lackawanna on June 1.

Following the dedication, people came up to him to offer hugs, prayers and gifts. LiPuma stopped to take several photos as he wished everyone God’s blessings.

At Mass, during his homily, LiPuma again thanked parishioners for making his time in Lewiston special.

“I must admit that this is one of the hardest things I’ve had to do in almost 32 years of priesthood,” he said. “I love you all very much. And you have truly given me what I consider the best six years of my priestly ministry – and I mean this very, very sincerely.

“I came here, I was not a pastor, and you taught me; you taught me what it means to be a pastor. And I truly believe you have made me a better priest.”

LiPuma said he had just received a copy of a letter from the Most Rev. Richard Malone. He revealed the Rev. Thomas Mahoney – “Who likes to be called Father Tom” – was named administrator of St. Peter and St. Bernard Parish.

“He will begin here on Monday, June 10,” LiPuma said. “Let me say first and foremost that I am very, very pleased with this appointment. Father Tom is a very kind, compassionate, humble priest. And he truly has his heart in Catholic education and parish life and ministry. I know you’ll be blessed by his presence.”

“Father Tom was only ordained in 2015, so he’s pretty brand-new in terms of … priestly ministry. Normally, a newly ordained priest gets two assignments – three (years) in one parish, three in another as an associate, and then after six years becomes a pastor. In Father Tom’s case, he’s 54 years old – he’s five years younger than me. He looks a lot younger than me! But he entered the seminary later in life. He had a successful career as an accountant. In fact, he was a comptroller at a small business in Amherst, New York.

“I’m pretty certain that, after six months to a year, he will, indeed, be named your pastor.

“And I know that you will all support him, encourage him, pray for him, work with him and love him – just as you have supported me, encouraged me, collaborated with me, and, truly, I feel your love deep, deep in my heart.”

Mahoney is a Niagara University graduate. He began his priestly service at Fourteen Holy Helpers in West Seneca, and is currently a parochial vicar at St. Gregory the Great R.C. Church in Williamsville.

Watch the ceremony in the video below: 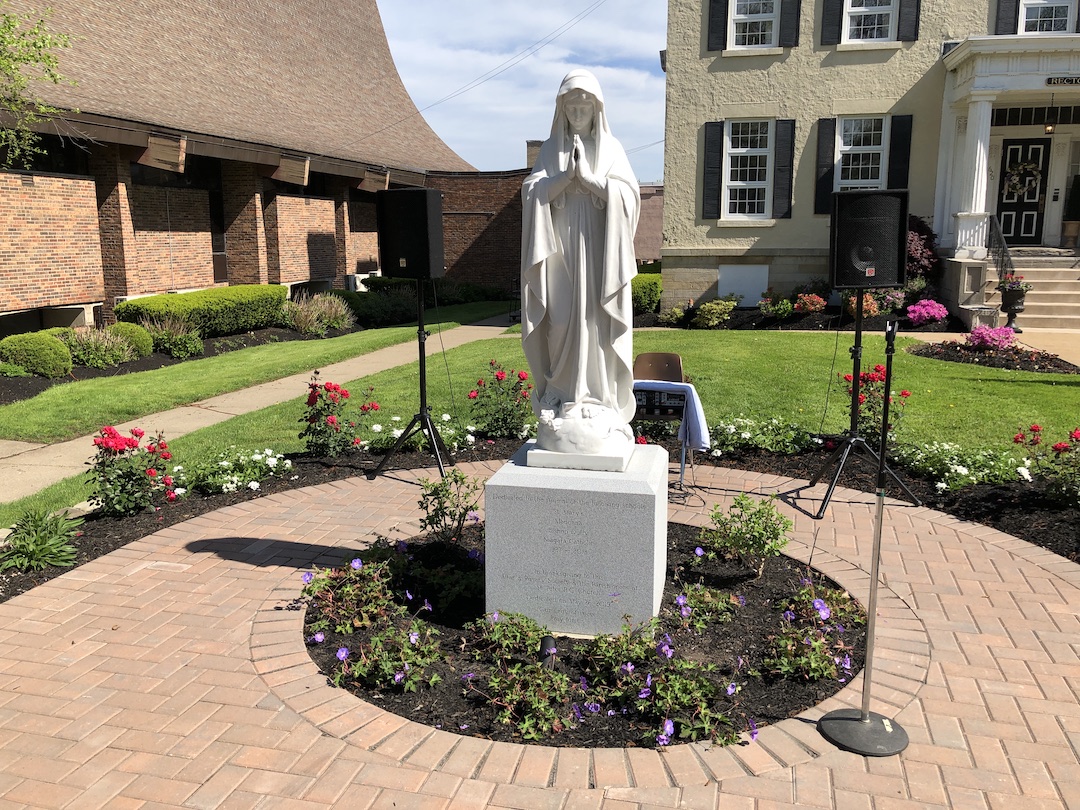 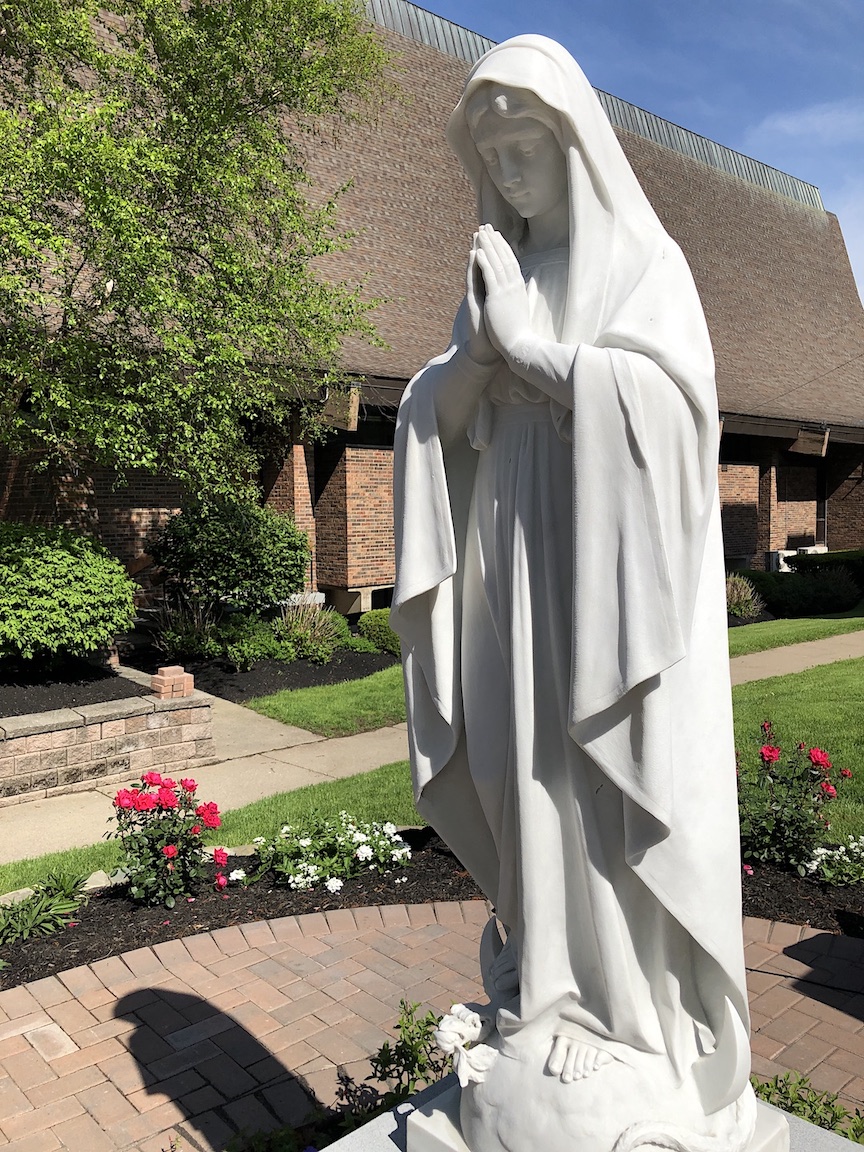 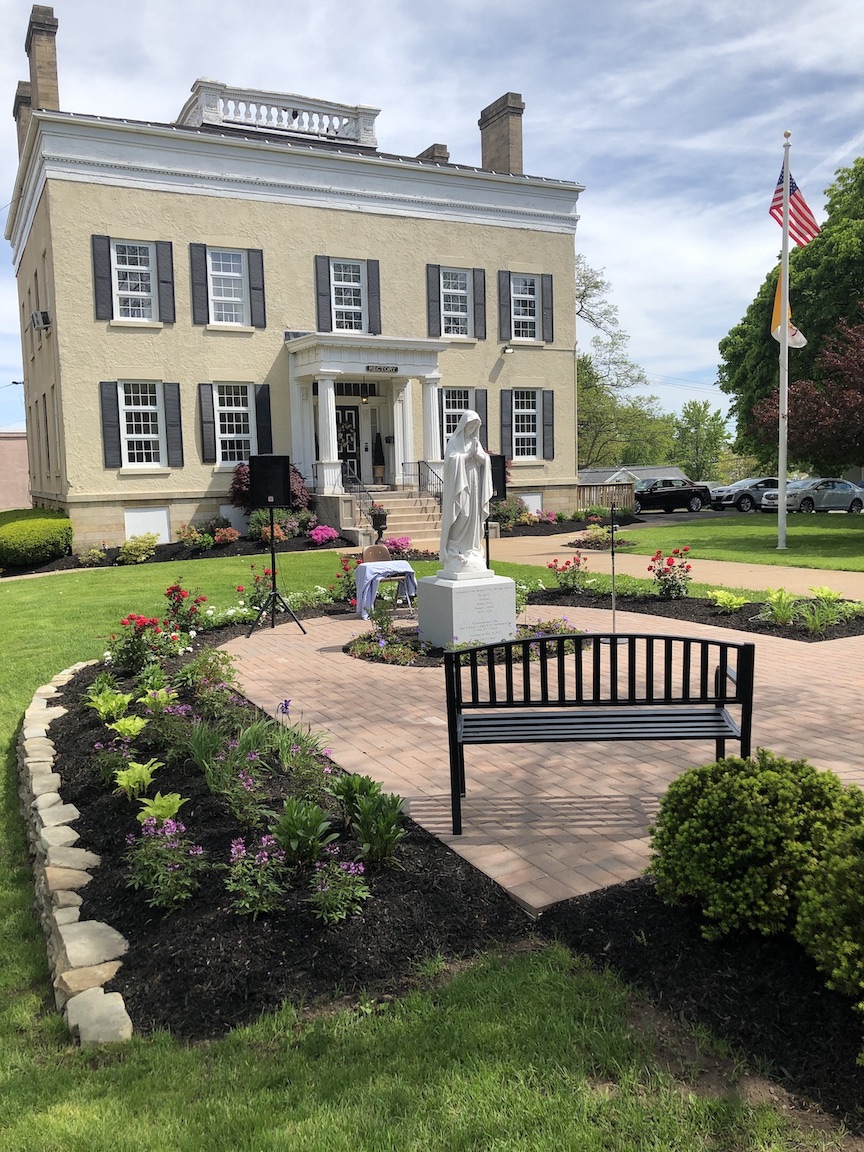 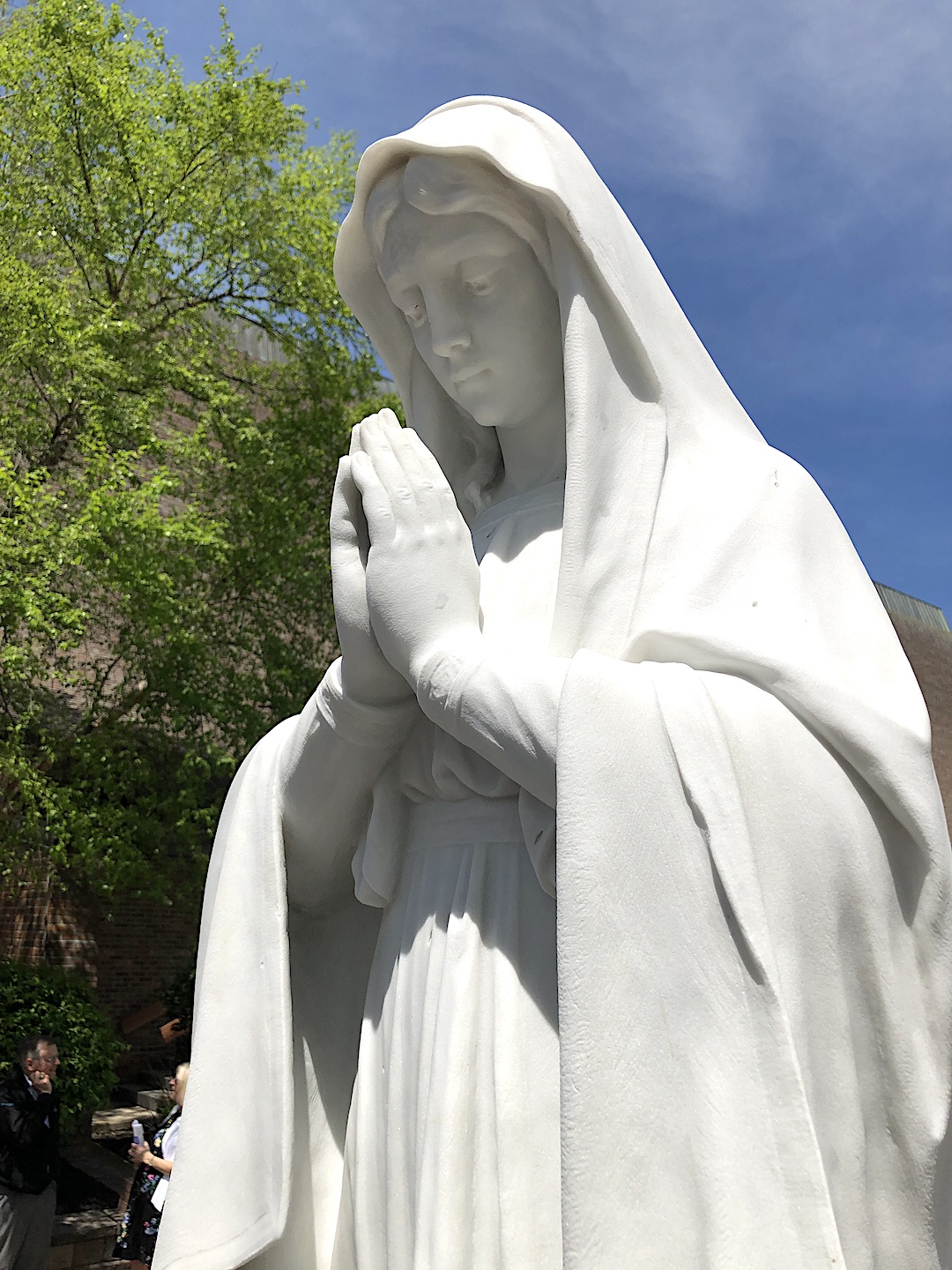 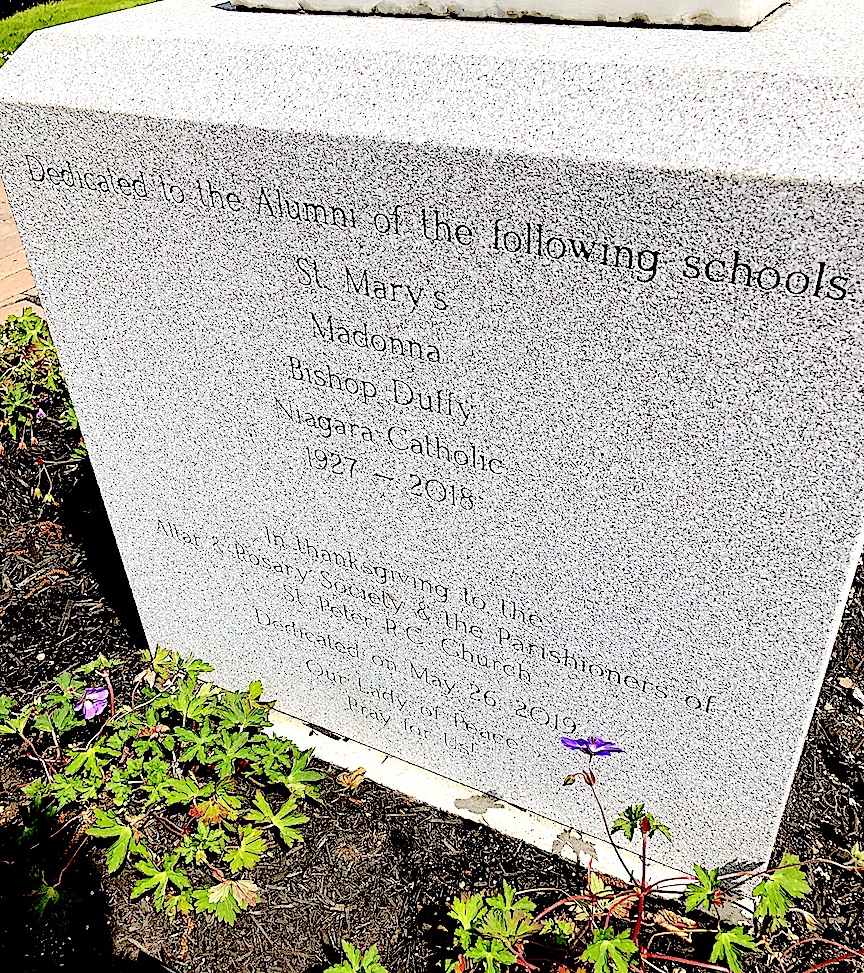 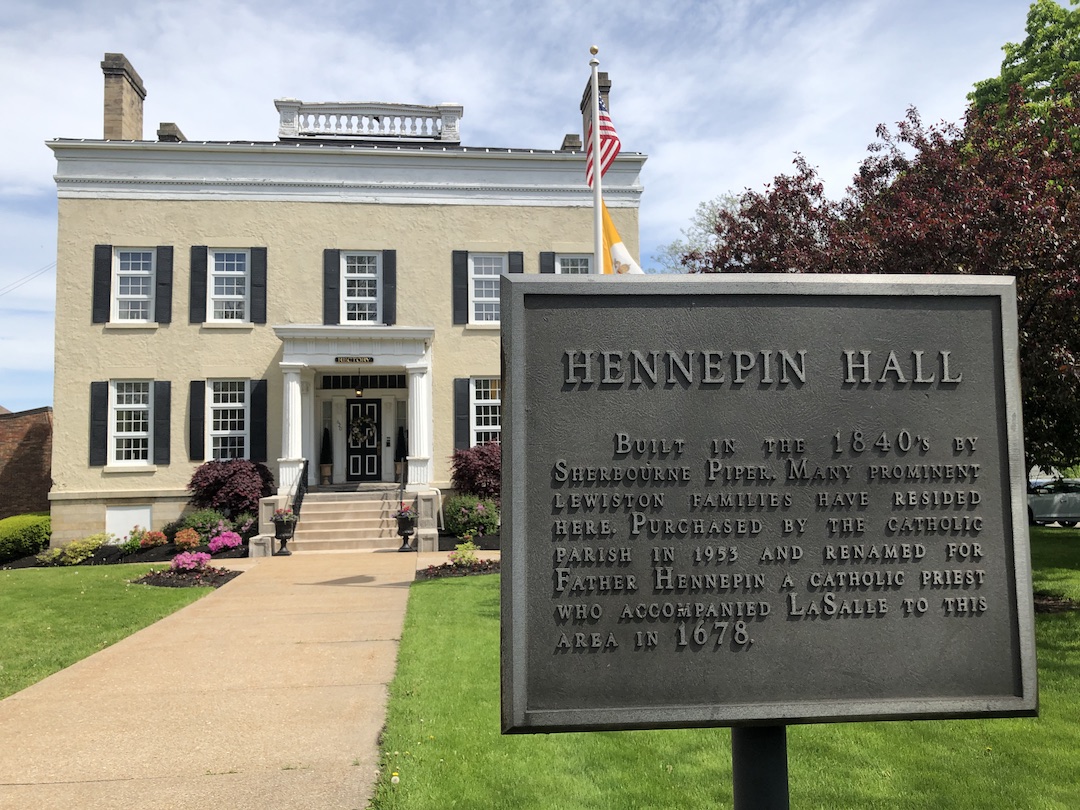 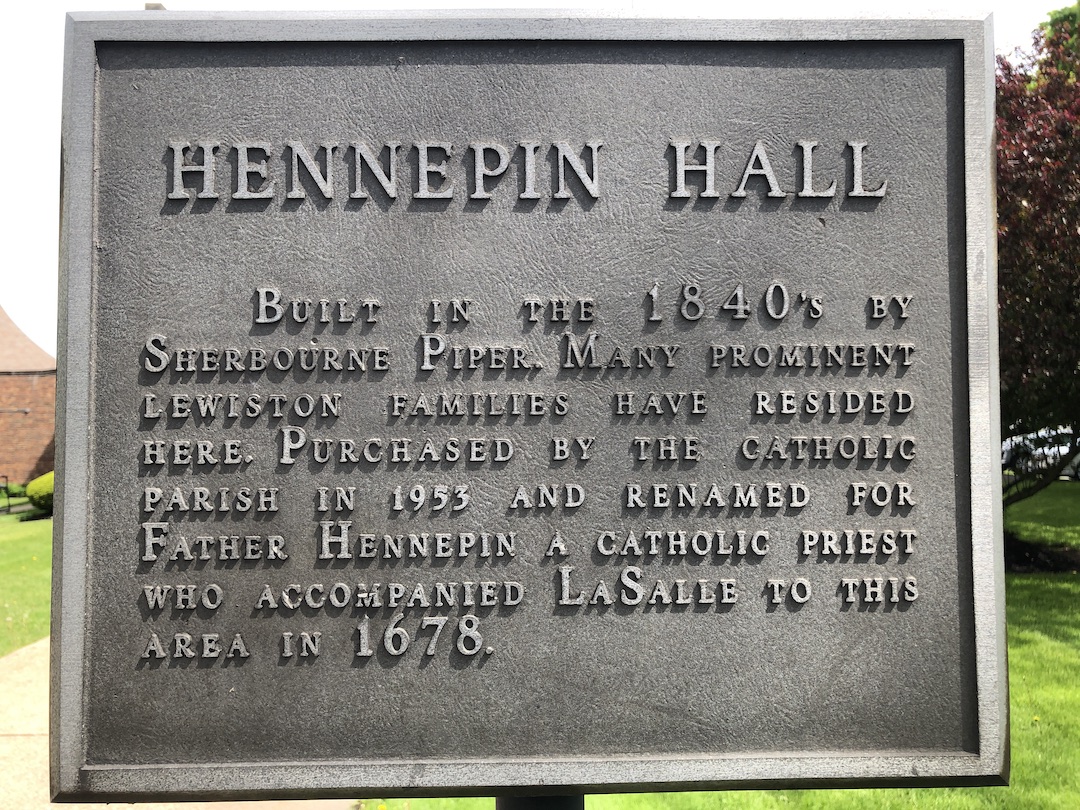 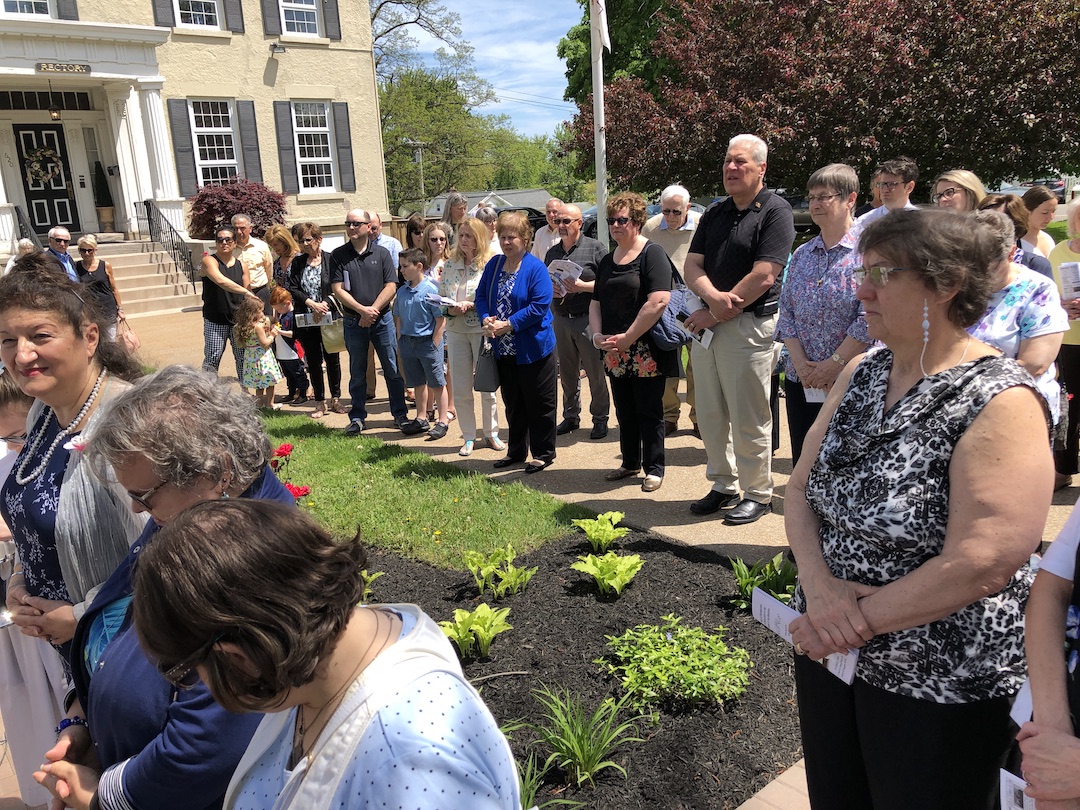 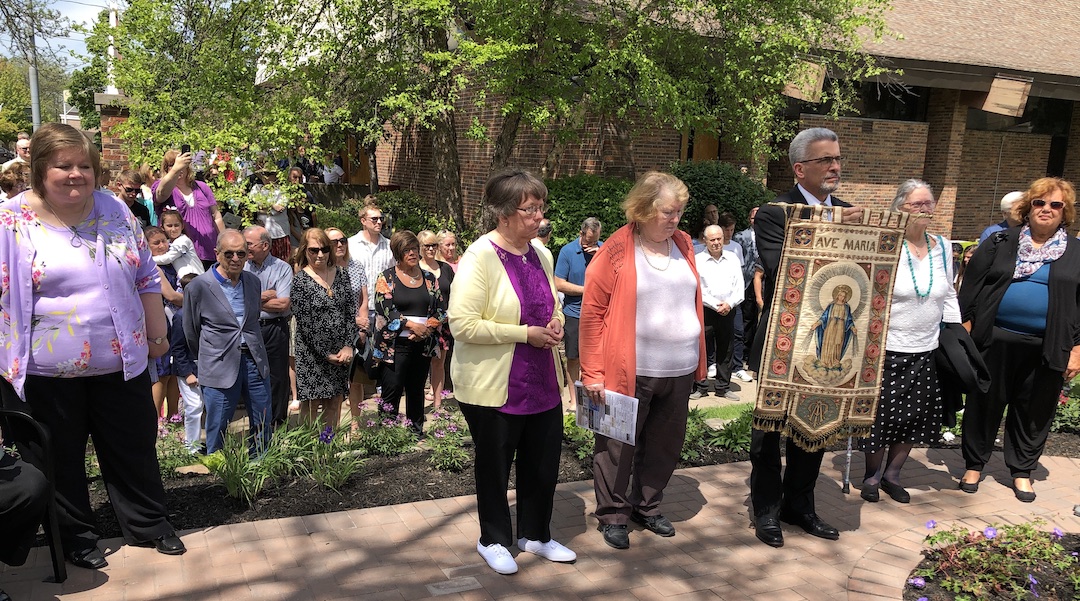 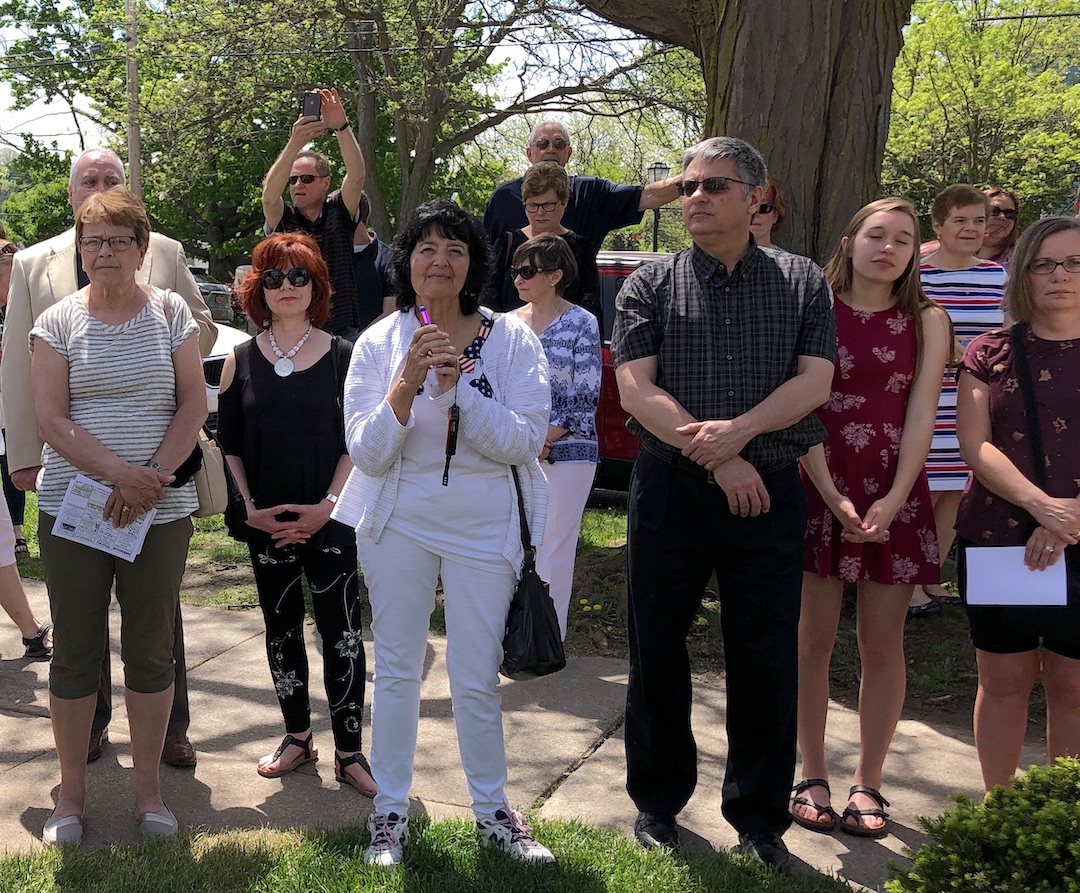 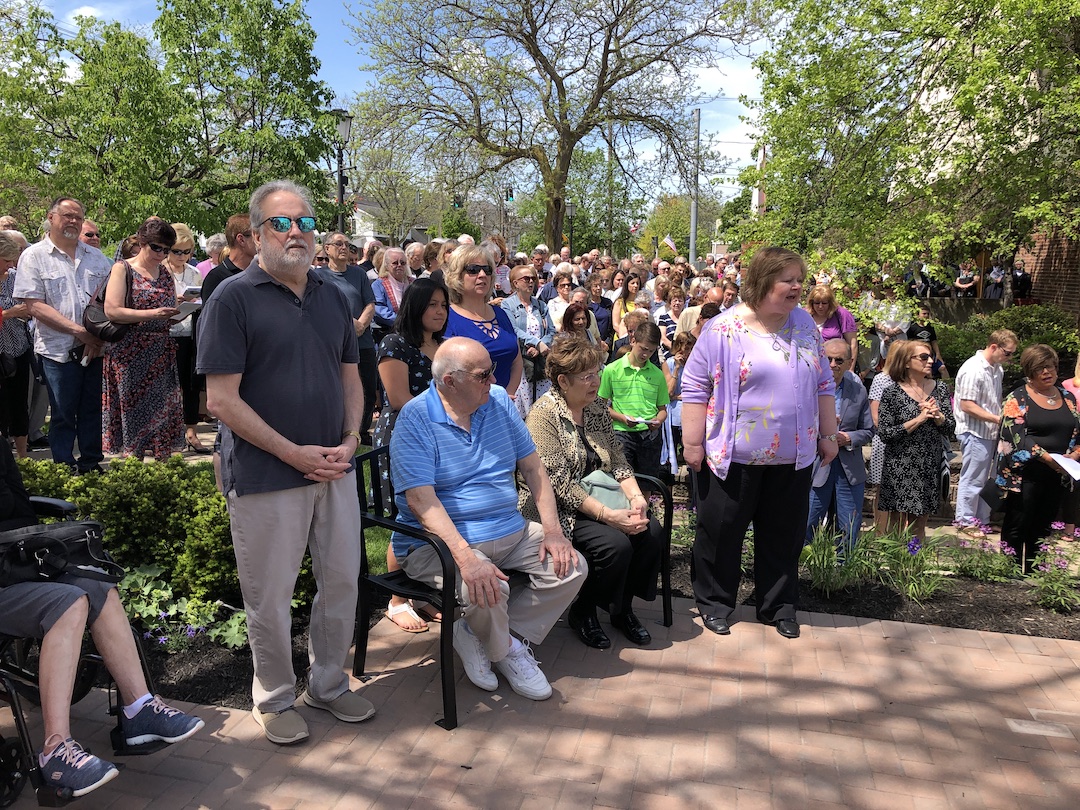 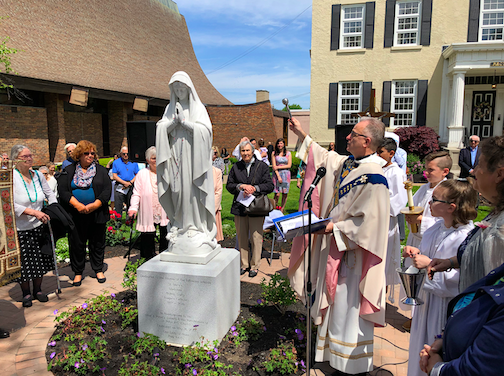 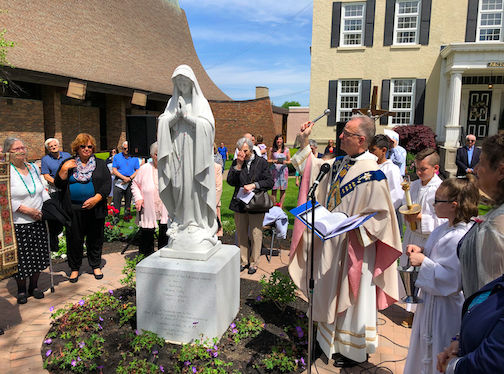 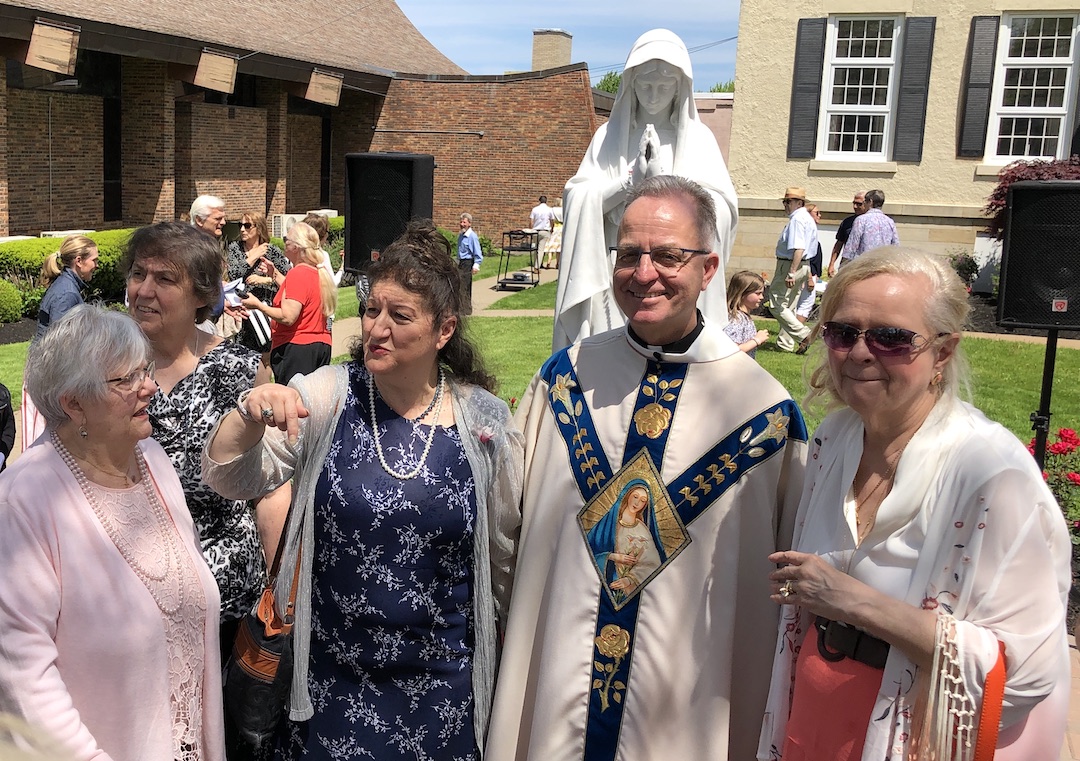 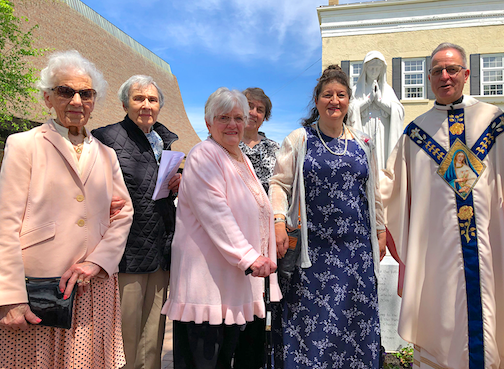 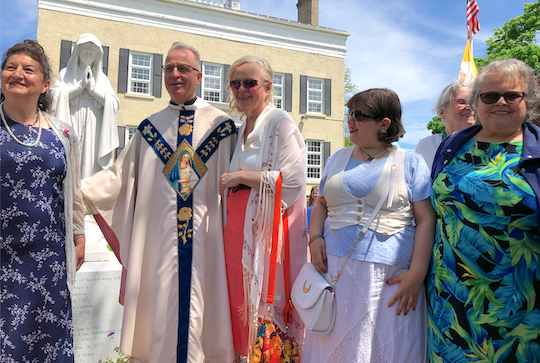 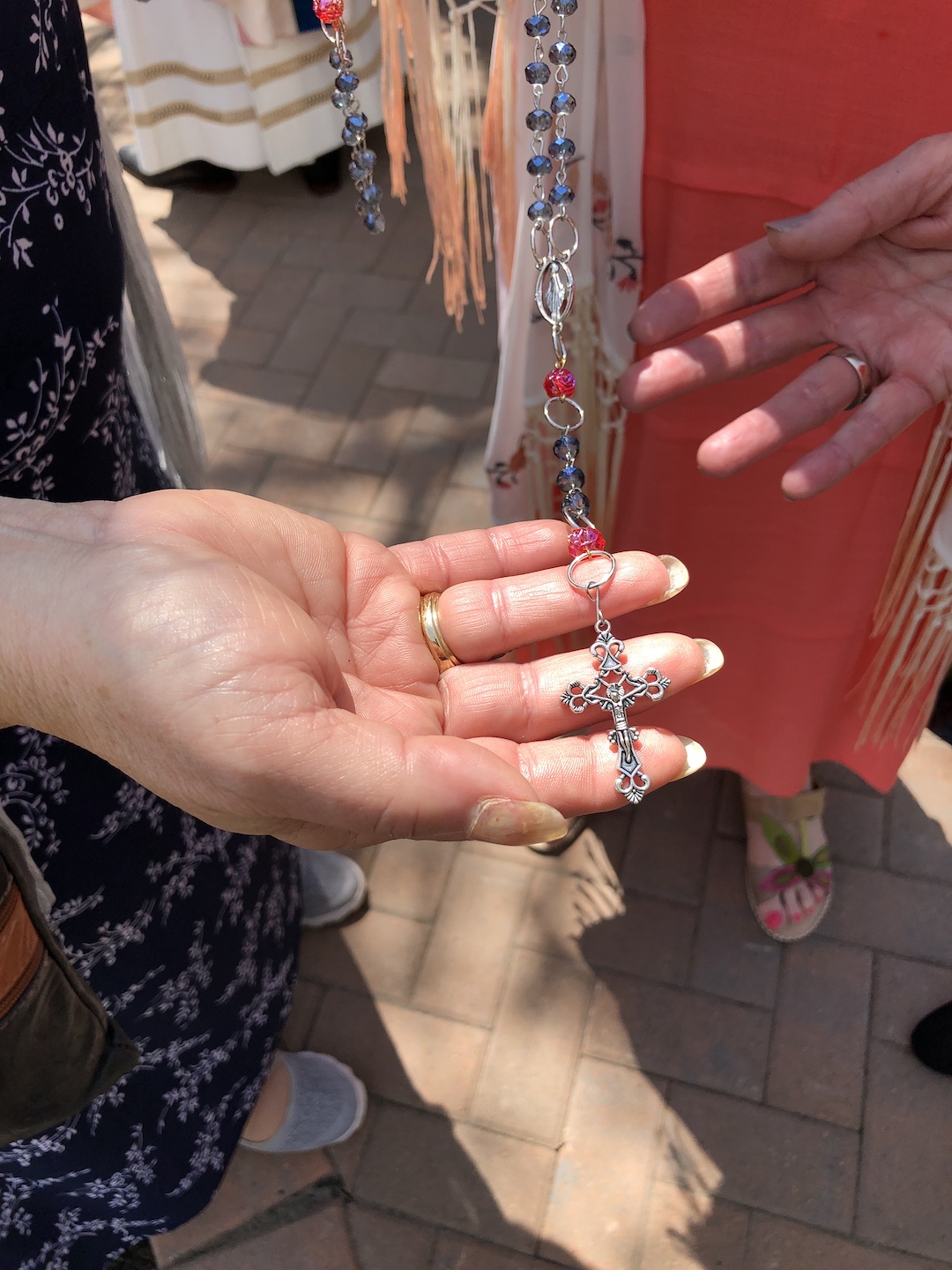 A rosary blessed by Pope Francis. 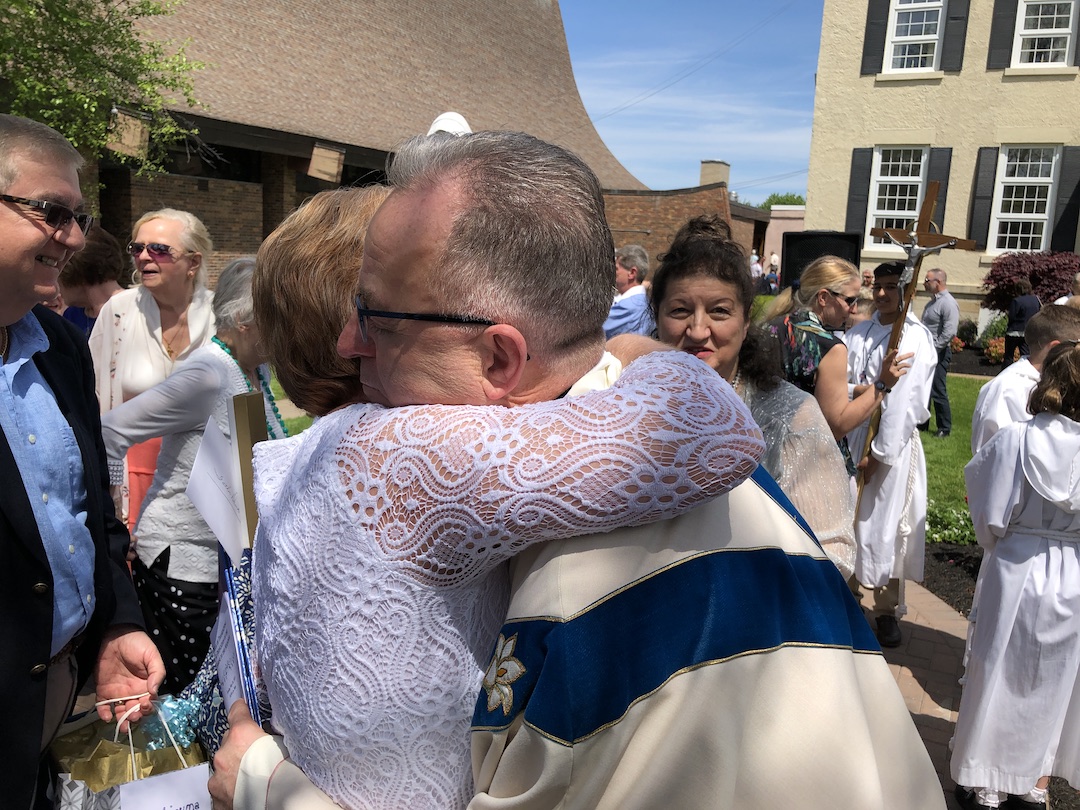 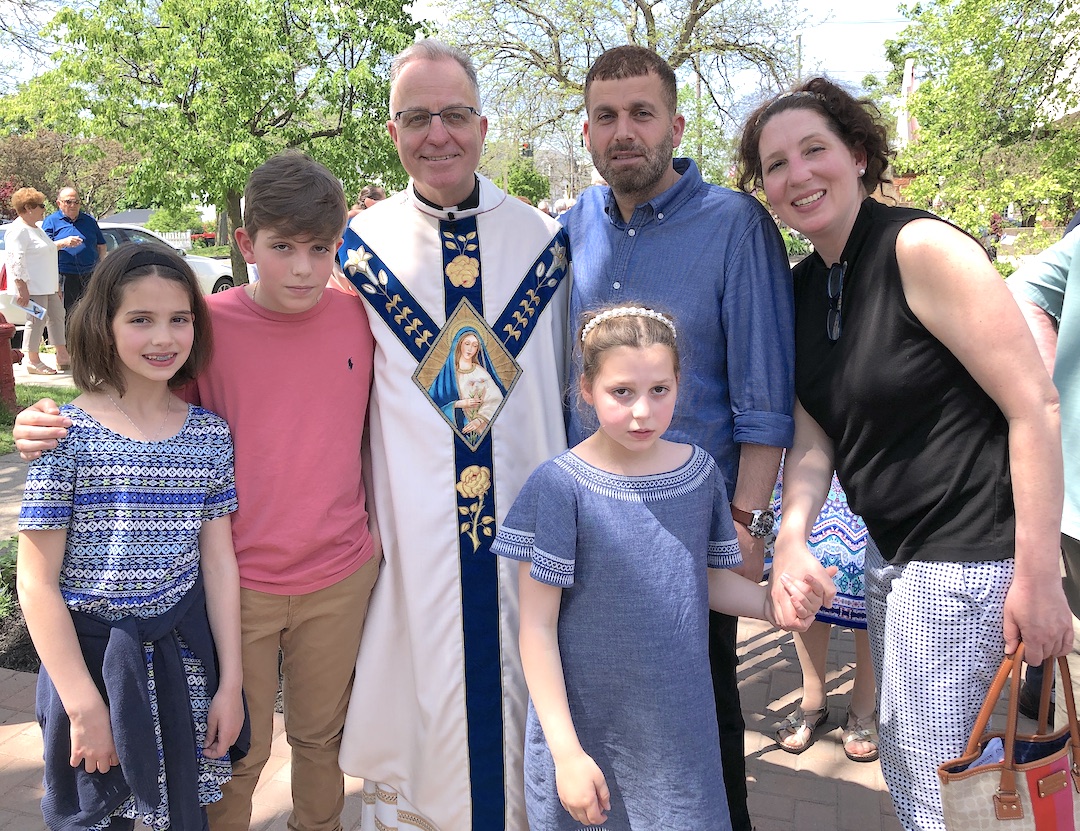