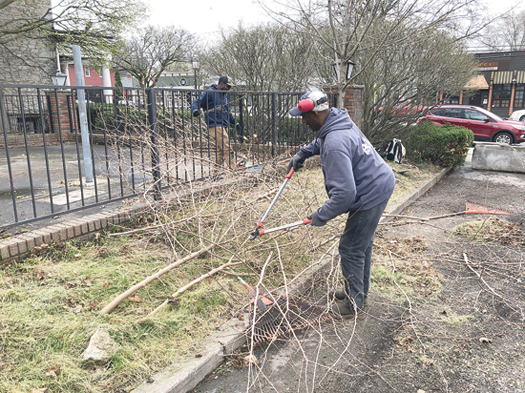 Efforts to rehabilitate and reopen the historic Frontier House began last weekend, when a team of five men from Blooms Relax Landscaping manicured the green space in front of and around the 195-year-old building, and cleaned up the children’s’ play area once used by McDonald’s Restaurant.

Michael Karbowski owns the Lewiston design company. He said he’s driven by the Center Street property many times, noting its condition, and hoping to have an opportunity to make improvements around a building that has been closed to the public since December 2004.

Time and weather took a toll on the Frontier House parking lot, while a lack of tenant or business income made it difficult for the former owners to maintain the grounds. Suffice to say, fresh landscaping was necessary.

When a team led by Ellicott Development’s Bill Paladino and local developers Jeff and Jerry Williams purchased the property in February, Karbowski asked to become involved.

“I was ecstatic to get in there,” he said.

“I said that I wanted us to get over there and get the place cleaned up, because it’s been a sticking point for me, too,” Karbowski noted. “I live in Lewiston. I’m sick of seeing what should be the focal point of the village looking the way it does.”

Working all morning and afternoon on Friday – even in the rain – “We did a cleanup of taking down some bushes, and cleaning up the garbage and mowing the grass; scraped all the stuff off the parking lot,” Karbowski said. “From the front of the building, the brick in front of the porch, we weed-whacked the weeds; cleaned that stuff up. The whole parking lot, like all the old areas where it’s cracked, there was weeds and stuff growing in there. We scraped and cleaned all that out.

“The backside, Ridge Street, there was a bunch of bushes where the driveway pulls into the parking lot back there – across from Janice’s – we ripped all that stuff out. Just left the one tree and just threw a little bit of mulch down by the ivy, so that neatened that up. …

“Same thing on the old playground, there was scrub trees and stuff growing out. We cut all that down. Weed-whacked around. We mulched the front little beds in front of the playground and between the entrance to the parking lot and (the neighboring building).”

Karbowski said, “We probably took out two dump trucks and two dump trailers worth of debris.”

Jeff Williams said, “Blooms work was the first step in a long process. I look at it as being a good neighbor. The amount of debris in and around the building was incredible.” 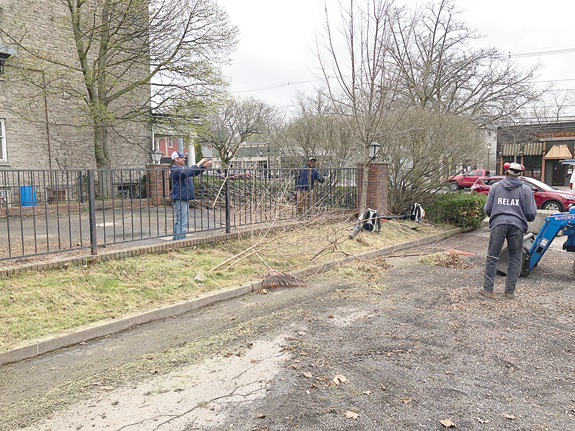 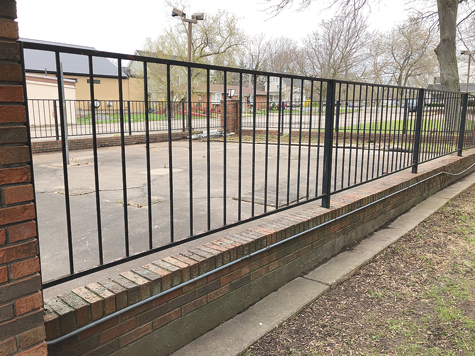 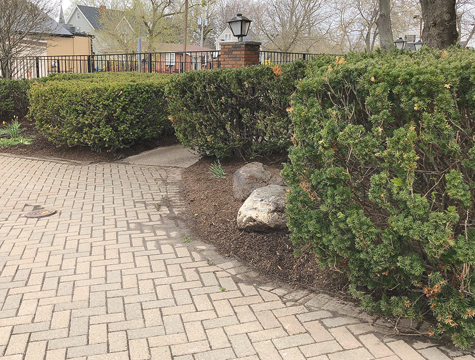