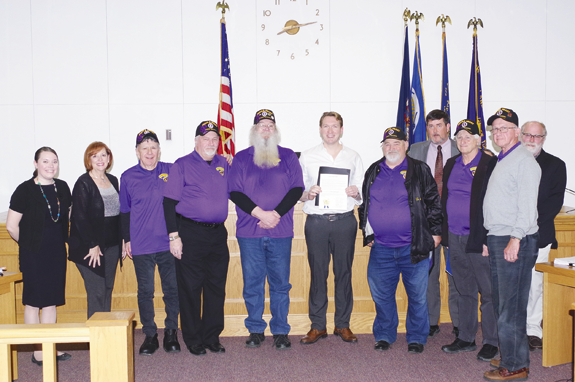 Members of the Military Order of the Purple Heart presented the Grand Island Town Board with a certificate of commendation designating the town as a Purple Heart community.

During Monday’s Town Board meeting in Town Hall, the board issued a proclamation announcing the designation. The proclamation noted the Purple Heart is the oldest military decoration in present use and was initially created as the badge of military merit by Gen. George Washington in 1782. It was the first American service award decoration made available to the common soldier and is specifically awarded to members of all United States armed forces who have been wounded or paid the ultimate sacrifice in combat with a declared enemy of the United States, the proclamation said.

In making the proclamation, the board said, “The Town of Grand Island honors the sacrifices all Purple Heart recipients who defended her freedoms and believes it is important that we acknowledge them for their courage.”

“We do appreciate what you’ve done,” McMurray said to members of the order who attended the meeting. “We can never understand truly what you went through, but the people of Grand Island are incredibly thankful for your service to our country and your service to our community and we’re proud to stand with you today. We thank you so much.” 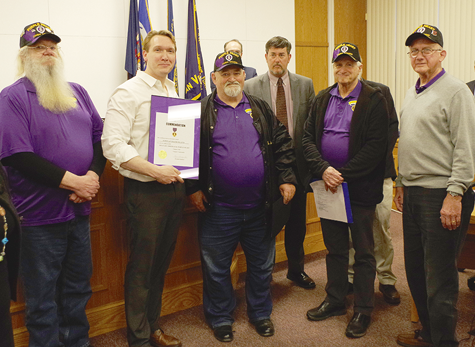 Speaker presented McMurray with a certificate of commendation marking the event.