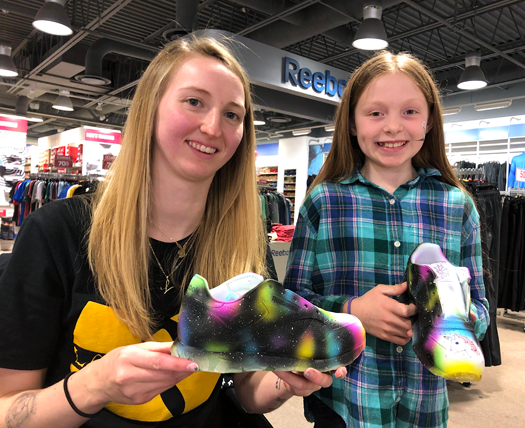 Olivia Luciani, aka Laced by Liv, and Ireland O'Connor hold up shoes the artist created for the young customer.

Reebok customers get 'Laced by Liv' at Fashion Outlets

On Saturday, the Reebok Factory Store welcomed Olivia Luciani, aka Laced by Liv, for a special shoe-design event. The 25-year-old artist creates one-of-a-kind custom artwork for shoes, and hand-paints the footwear.

For the live painting event, customers were able to buy a pair of discounted Reebok Classic Leathers and then pick a design from Liv’s book for her to create on their shoes.

Liv got her start at Buffalo State College, but not in the way one might think.

“I actually started cleaning shoes on my college campus for people,” she said. “Somebody came up and asked me to change the color of their shoe, and then I just kind of expanded into cartoon characters and everything else.”

While she doesn’t have a particular style, Liv said she’s big on “very bright colors; I like cartoony stuff.”

“I kind of do everything,” she added. “Whatever anybody requests, I can do.” 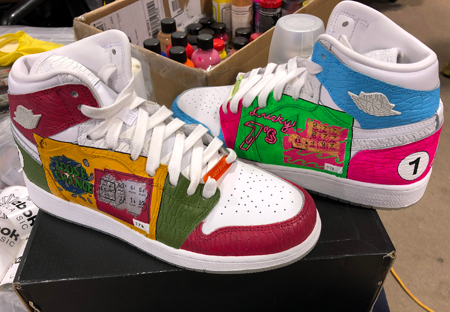 Some of her shoe work includes images for domestic violence awareness, corporate logos, scratch-off tickets, variations on the galaxy, and pop-culture – such as the movie “Space Jam.”

At the time of this interview, Liv was creating a hybrid rainbow-galaxy set of shoes for 9-year-old Ireland O’Connor of Lewiston. The artist would alternate between colored airbrushes and something that resembled a mini-hair dryer. Liv said the heat enables the paint to set faster and more permanently.

Though the shoes are painted – in this case, that also meant a meticulously detailed, hand-drawn unicorn – Liv said they are “100 percent” weather-proof and wearable.

As mall shoppers came into the store, they almost all commented on how “cool” the process was, as well as the artwork. It’s no surprise, then, that Liv has become an in-demand artist. She currently has a six-week waiting list for her services.

“Word of mouth has been crazy,” Liv said. “(Social media) is the best. It’s free marketing. So, once I do something for somebody, and they post it on social media, their friends see it and it’s just like a domino effect.”

Reebok Factory Store Manager Nicole Quarantillo said she connected with Liv on Instagram and was able to book the artist’s services for a custom shoe event.

“The Classical Leather is the shoe we’re doing today; it's a perfect canvas for her,” Quarantillo said. “We just kind of collaborated together.”

“The customers are just really intrigued by what's going on in the store – it’s pulling customers in, just to see what's going on,” she added. “I love being able to give a young woman business. You know, she's getting her shoes on people that they would’ve never been on their feet before. So, to get her name out there, and even to get Reebok’s name out there, too, is just awesome.”

The Reebok Factory Store inside the Fashion Outlets of Niagara Falls USA is located at 1900 Military Road. Laced by Liv is on Instagram HERE. 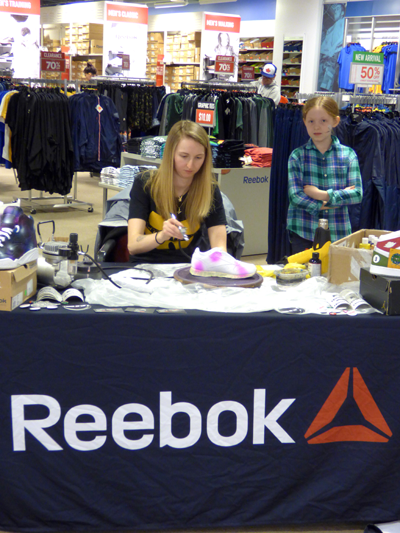 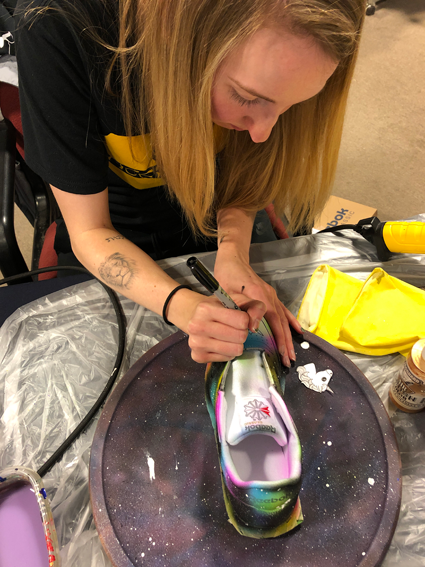 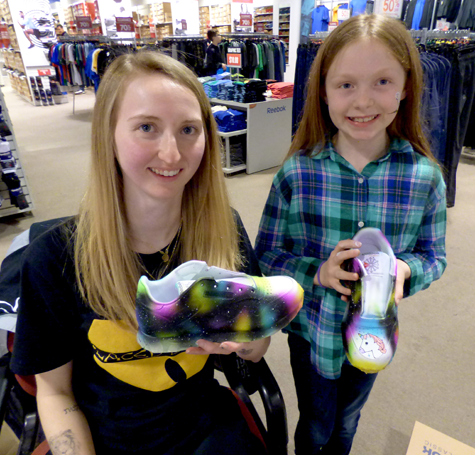