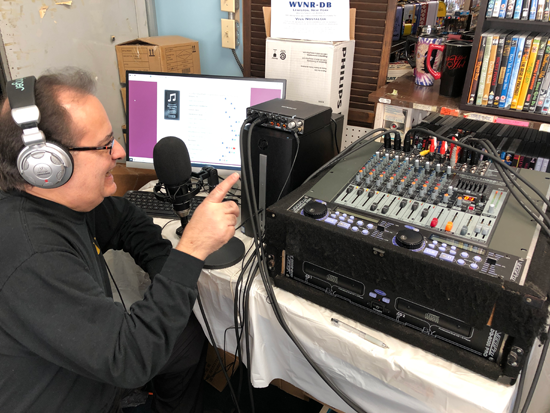 “The music is great,” he explained. “If you’re into music, this is music history. If you go to listen to a regular radio station, their playlists are very restrictive. I mean, they may play The Beatles or The Rolling Stones or whatever they play, but they’ll only have two or three of their songs in their program, and they’ll play the same things over and over again. And whether it’s Rod Stewart or whatever it is, they’ll play the same songs.

“This library is so extensive, that you’ll hear every hit by The Beatles and every hit by The Rolling Stones. Every hit by Fleetwood Mac or the Beach Boys or Hall & Oates … or the Bee Gees. I’ve got 10 or 15 or 20 hits by each one. So, you’re not hearing the same hits by the same people all the time. The depth in the music, this is like a history lesson – and I’m not done yet.

As to the latter – Lewiston – Passero is sprinkling in local commercials and a listing of upcoming River Region activities.

“This is a place where you can do something like that and people will pay attention,” he said. “Other places, not necessarily, because people love Lewiston. People come here from all over this region to hang out. So, for them to be able to know when our festivals are, and different things, and what are the great shops in Lewiston, they can listen to that, and hear the history of music, and they won’t be turning it off, because they never heard that song. You know, they don’t hear three songs in a row they never heard of.”

When the music stops, “It’s like 30 seconds long. It’s no more than 30 seconds,” Passero said. “But the only thing they will hear is from Lewiston. They won’t hear staples, or coffee from Maxwell House. It’s only Lewiston. And every three hours, we have the Lewiston event calendar.”

Passero said people are surprised to see this side of his personality. Inside his collectibles store, customers find toys, lunchboxes and posters – mainly from TV shows, sci-fi series, movies and anime. But for Passero, “It was always the music” that appealed to him.

Passero uses Live365 and a program called MIX to schedule his content. He has more than 2,000 songs in his collection.

A deejay for decades and a former program director in New Jersey, Passero also was on-air on Long Island from 2013 until he came to Lewiston in 2017. Today, he has a syndicated radio show that airs in the U.K. and online around the world.

“I did a ‘rock ‘n’ roll heaven’ show, which was all people that were dead (laughs),” Passero said. “Daryl Hall’s 70th birthday. The Monkeys’ 50th anniversary special I did. Every time I did one of these, we had special guests on. Neil Diamond’s 50th anniversary. Glen Campbell’s 80th tribute – I had two of his kids on, over the air on the radio. George Harrison – we did a six-hour tribute to him. When Bowie died, I had this special already planned, and he died three days before it was supposed to come on. He had the new album coming out. So, I was going to do a special called ‘Jones,’ which was his original name, Davy Jones, to Bowie to ‘Blackstar,’ which was the new album. And he died three days before. And it turned into a marathon – the whole station – everybody started. I started it, and then it went for like the whole night. … I had John Oates on earlier, from Hall & Oates. He did the longest radio interview of his career with me – an hour and 15 minutes.”

Passero will be behind the mic during the “Shop Hop” next Saturday.

“What I’m going to do is program a playlist of specific songs for the day. I’m going to go more for up-tempo,” he said. 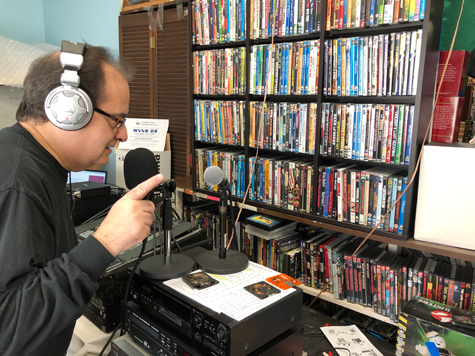