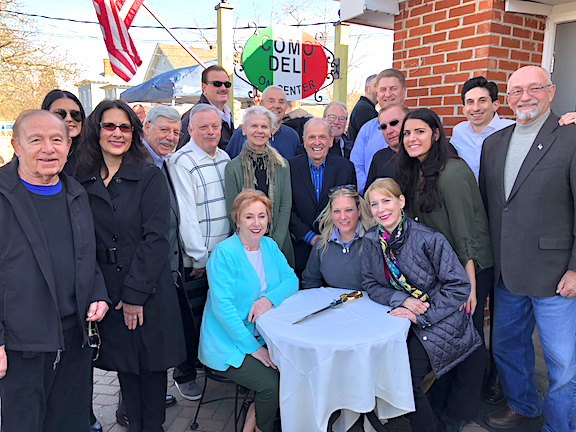 When the Antonacci and Colucci families opened the Como Deli on Center Street three weeks ago, they expected to be busy.

Little did they know they’d have a nonstop stream of customers looking for soup, pizza bread, salad, subs, lasagna, gnocchi and meatballs.

“Oh, my god, it's been amazing. We are so blessed at this point. As soon as I open the door in the morning until the time I close, it's nonstop,” manager and chef Dawn Antonacci said. “I can't keep the food out fast enough. As soon as I throw a macaroni out (to serve), I got a new pot on the stove; and it's just been like that consistently. And we are so happy to be here.”

Patrons are visiting the Lewiston eatery – the families’ third Niagara County deli – weekly, if not daily. The Como Deli on Center offers grab-and-go versions of Italian meals made famous at the world-renowned Pine Avenue flagship restaurant.

“This is the perfect addition,” Niagara River Region Chamber of Commerce President Jennifer Pauly said. “I think they found their niche within the first couple weeks of when their hours should be, and the way they staff it – and it's come to the point where I think I myself am in here a little too much! They start to know you by name, and know what you order. And that's what we have here in Lewiston is the familiarity and camaraderie amongst businesses and owners, and everyone seems to know each other. It's happening here, and it just goes to show what type of village this is.”

In addition to a regular roster of pasta dishes, sandwiches and sides, Antonacci is offering daily specials. She’s creatively taking staples and transforming them into unique combinations (like a sausage sandwich or a meatball bomber with french fries).

“Every day I have a different lunch special. I kind of just make it up as I go, and it seems like it's been working,” she said. “I kind of figured out what I would like to eat – and pretty much I like everything. I cook most of the lunch specials myself. I'll show our coworkers, employees, how to do the lunch special. I'll make the first one, and then so on and so on. It seems like it's been working out. And it's like I said, if there's something somebody wants, I like to hear.”

At the center of the grouping was Adeline Colucci, who is the last sibling of Como founder Francesco Antonacci. She was 4 when the restaurant opened in 1927.

“We couldn't have asked for a nicer showing of friends, family and businesses,” Pauly said. “We kept on waiting for another, I think a cousin, another cousin, another cousin. That's the way it is an Italian families, and it’s great to see that type of support for this here on Center Street.” 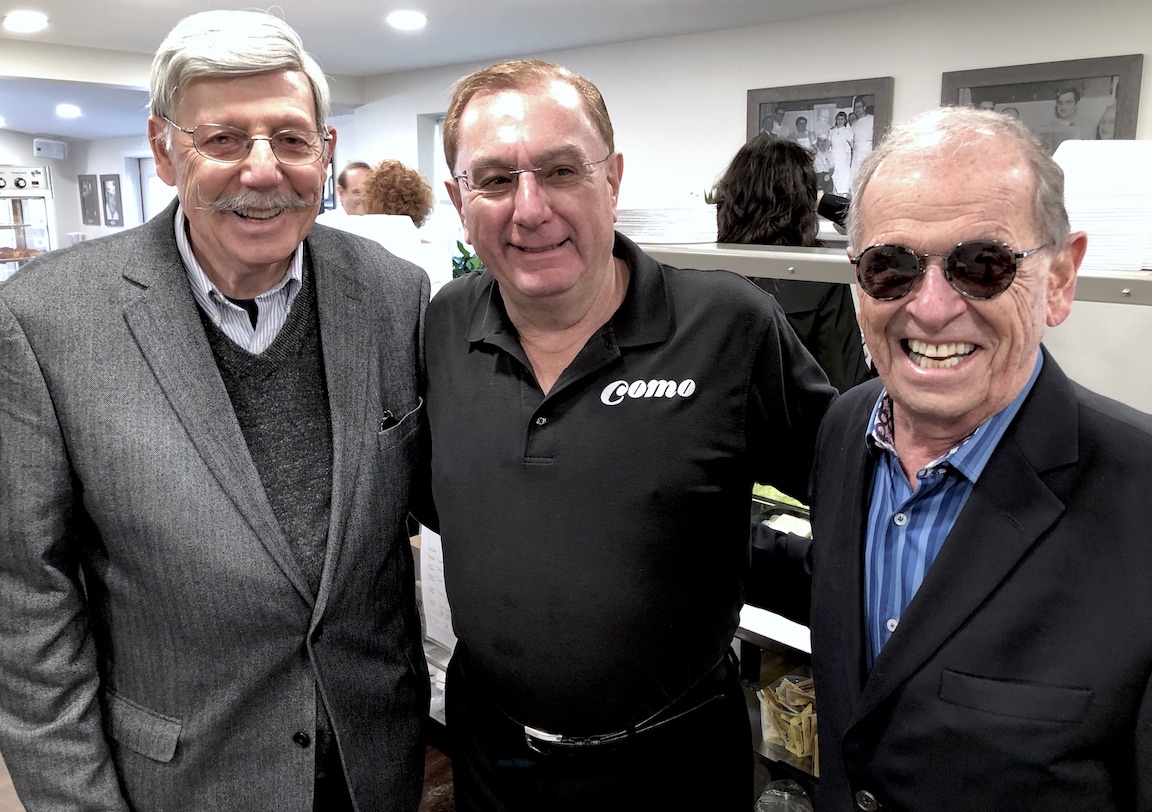 Louie Antonacci, center, with former Mayor Terry Collesano, left, who gave the Como Deli on Center Street its first dollar; and former Mayor Richard Soluri, who first pitched the idea for a Lewiston location 20 years ago. 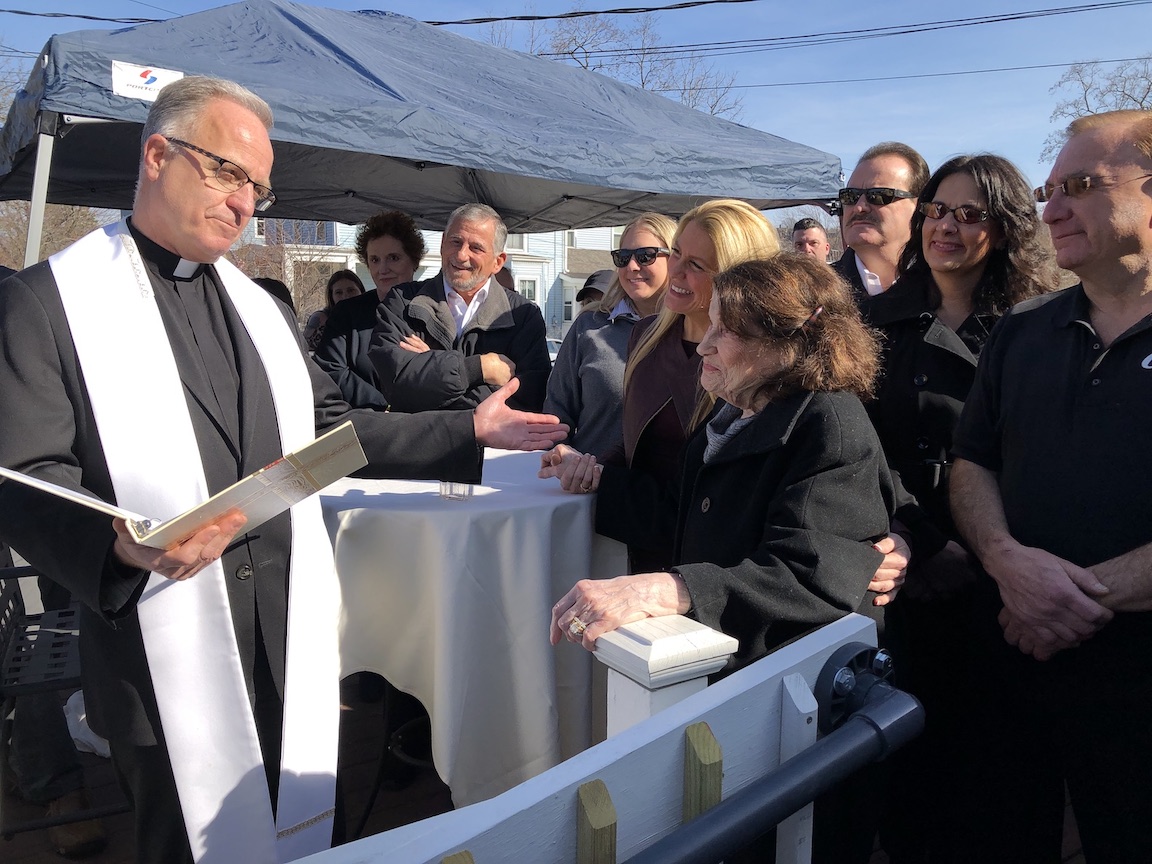 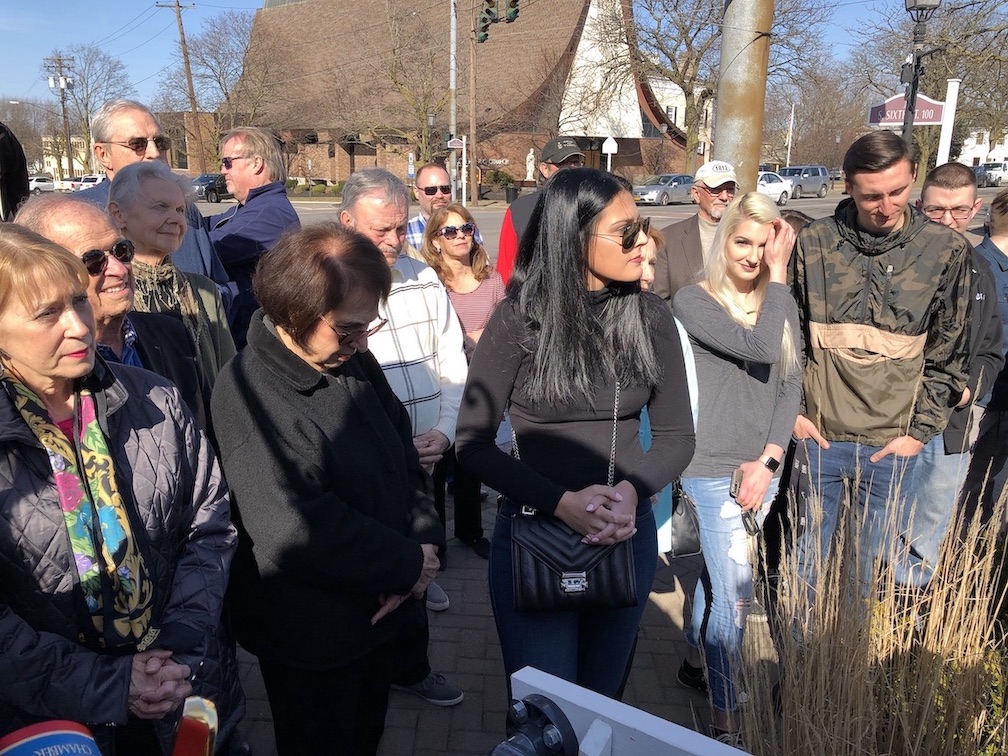 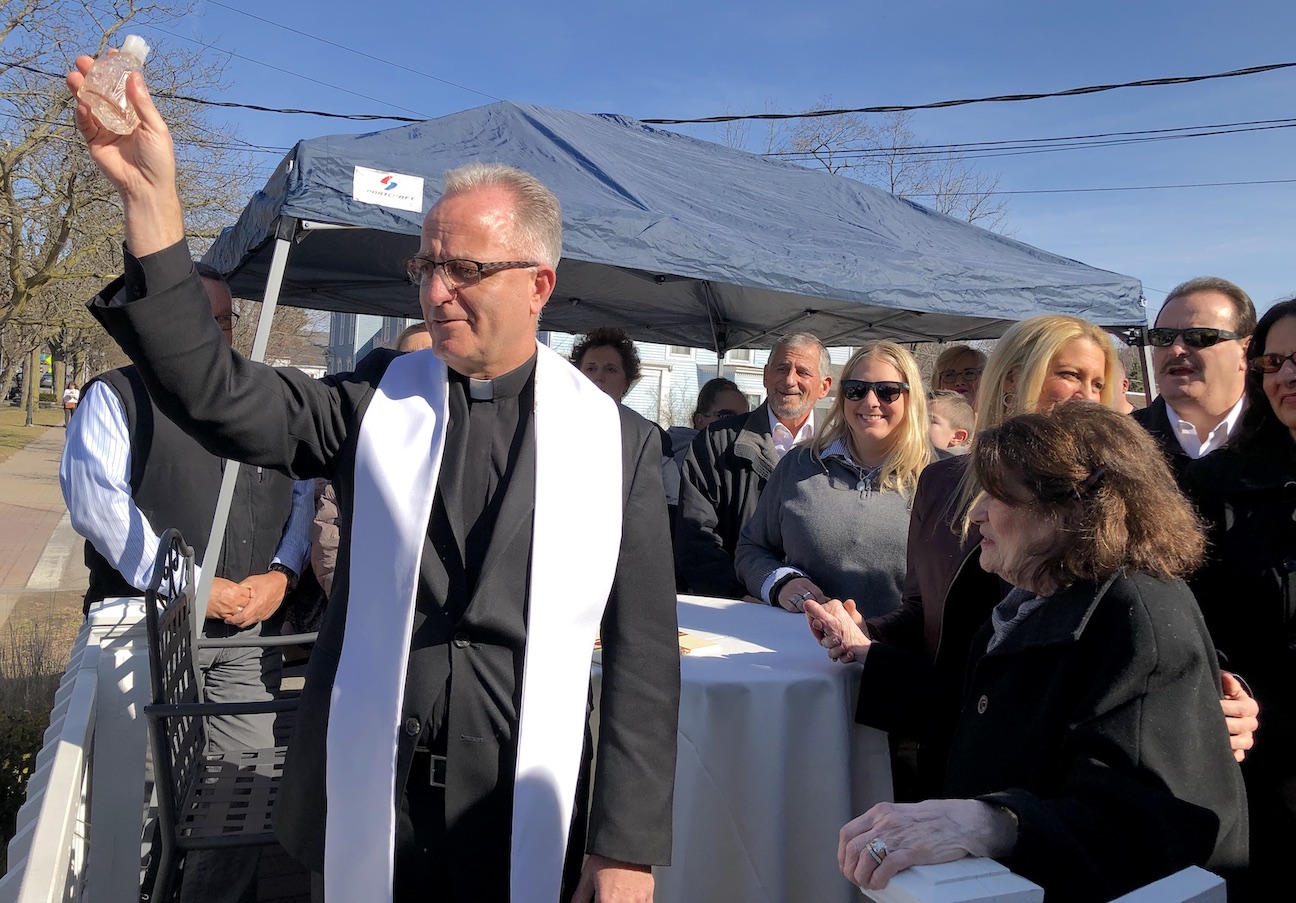 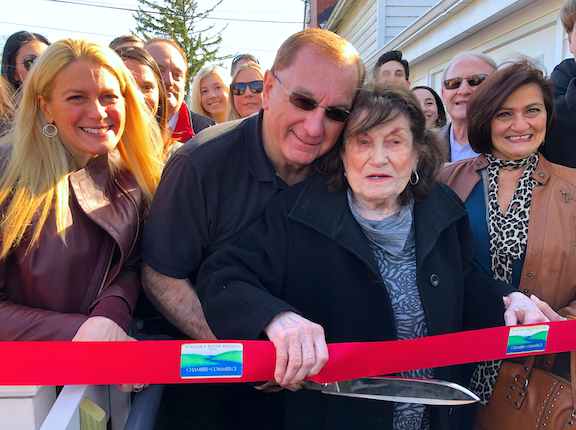 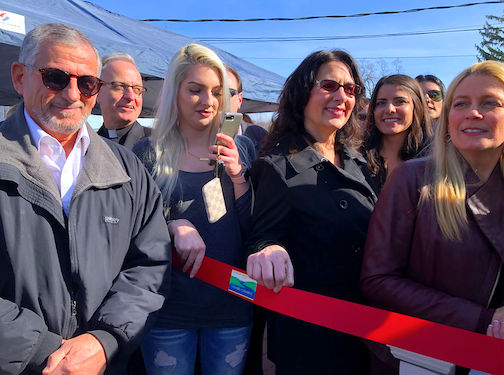 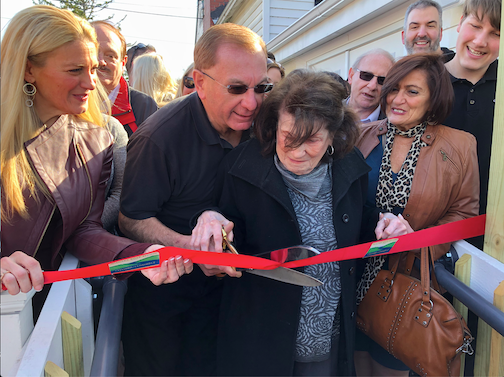 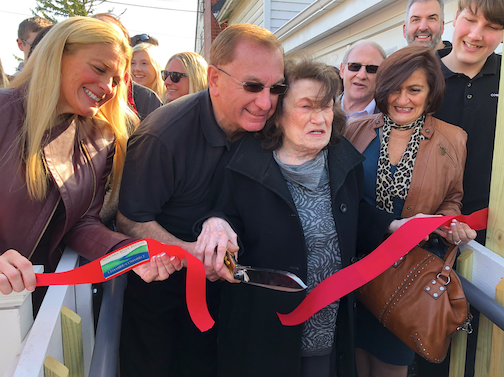 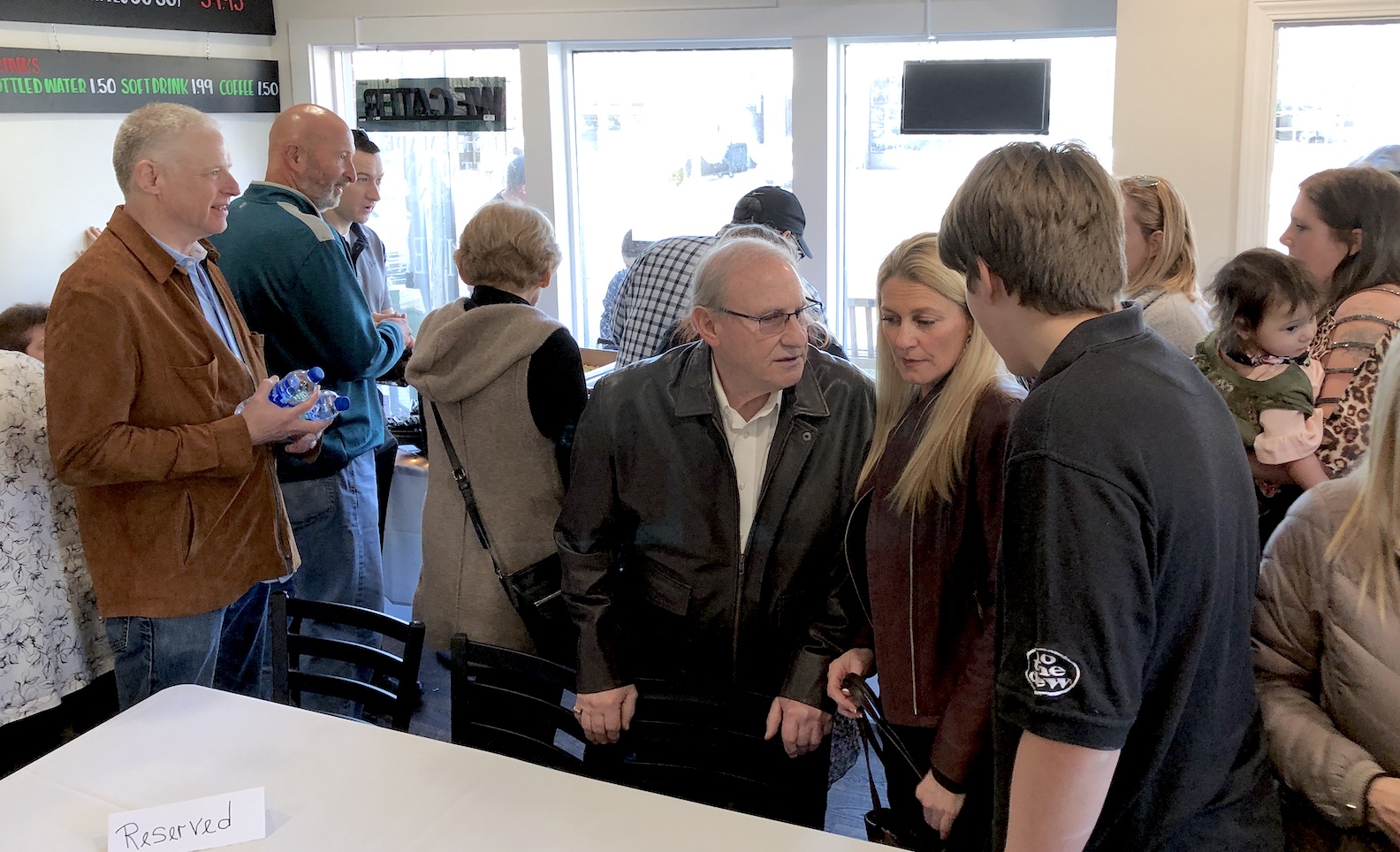 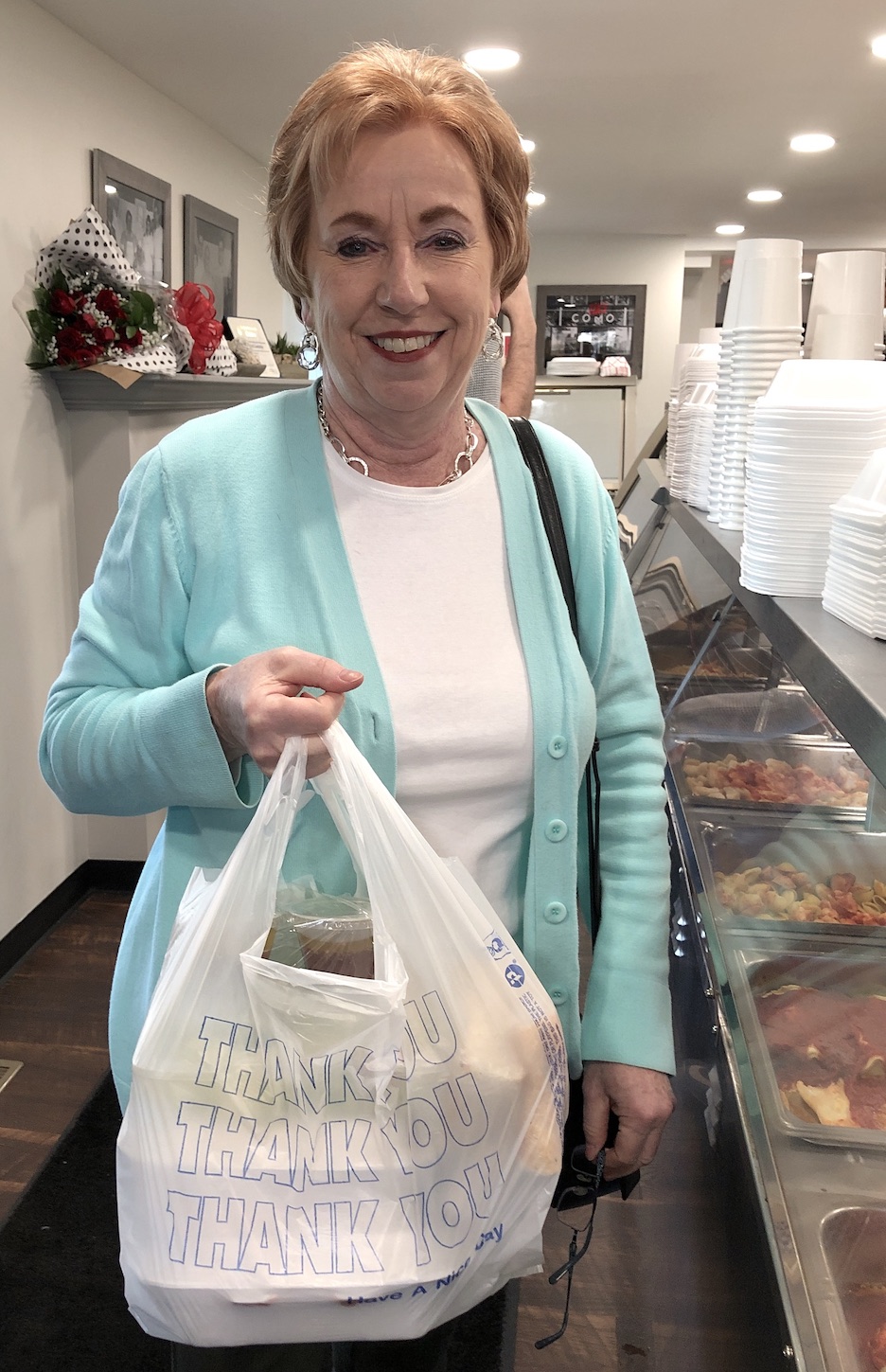 Mayor Anne Welch with lasagna for herself and her husband, Bob. 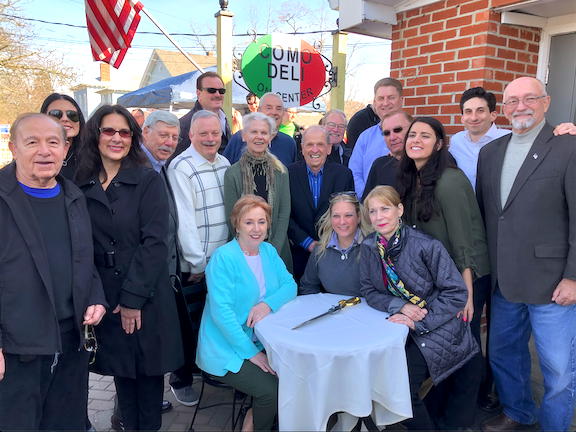