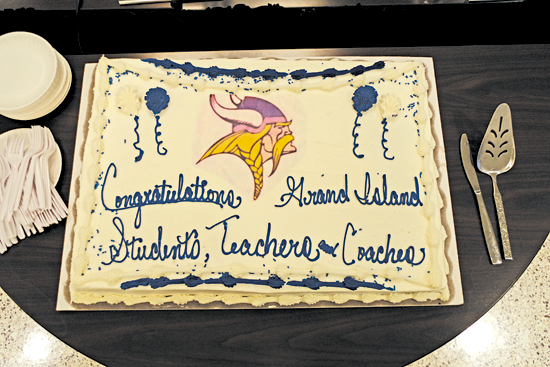 Students in business education and athletics were honored during Monday’s Grand Island Board of Education for a string of successes this winter.

School Board President Ashli Dreher served cake to students, teachers and coaches after the board heard a wrap-up of recent accomplishments.

Athletic Director Jon Roth made a presentation to share some of the highlights of the just completed winter sports season. GIHS earned championships in girls basketball, boys hockey and cheerleading this winter.

Cheerleader Kaylee Butcher reported the cheerleaders competed recently at the national Virginia Beach Cheer and Dance Extreme and finished first in their division and were judged the top school performing on foam mat.

Roth said boys basketball player Cam Sionko became the 10th member of the GIHS 1,000-point club in basketball, finishing with 1,260 points for his Vikings career. Roth also said the boys swimming team was third in the Niagara Frontier League and second in Section VI Class B.

The students from the school’s DECA business club brought home first-place finishes from the recent DECA state conference in Rochester, the board was told. GIHS Principal Mike Lauria introduced DECA adviser Cheryl Chamberlain and pointed out she was given a lifetime achievement award from New York State DECA for her longtime leadership of at GIHS. Lauria said Chamberlain puts in the time and energy to the school’s DECA club “to prepare them to make sure that they find that passion and hopefully lead them to a successful future.”

Chamberlain said Casey’s Cabana owners Gabby Bergstrom, Luke Hess and Lauren Merletti placed first in the state with their business plan and will compete at nationals in Orlando. Bergstrom was elected president of New York State DECA, the first Grand Islander to hold the office. She will preside over 6,500 DECA students all across the state, “which is quite a feat,” Chamberlain said.

Chamberlain thanked the board “for your continued support of this huge, huge program.” 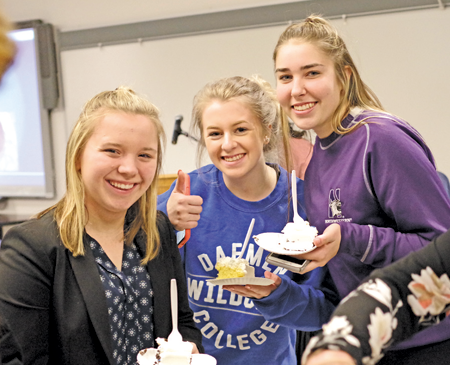 DECA students Gabby Bergstrom, Melina Aceti and Bridget Neeson, as well as Section VI champion wrestler Adam Daghestani, enjoy cake that School Board President Ashli Dreher served them as they were recognized Monday for their achievements by the Board of Education. (Photos by Larry Austin) 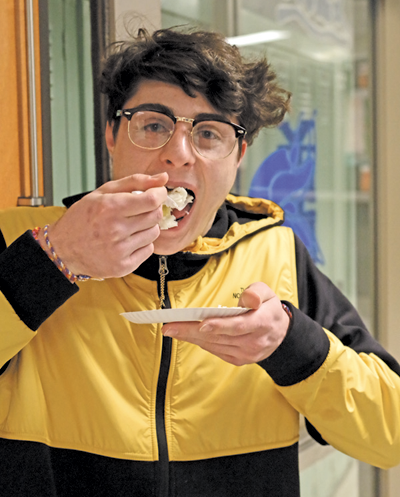