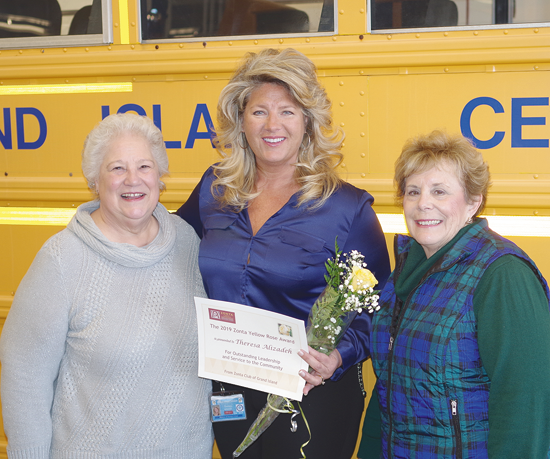 The Zonta Club of Grand Island has selected five outstanding women to receive the 2019 Yellow Rose award for leadership and service to the community.

The club is honoring women whose talent, dedication, determination and caring hearts have made a difference in the lives of others and inspire a new generation to achieve to their greatest potential.

March 8 was designated as Yellow Rose Day by Zonta in 1999 to celebrate women’s achievements through the beauty of a single yellow rose. Zonta is an international organization of professional women who work to empower women through service and advocacy. Since its founding in 1958, the Grand Island Zonta Club has awarded more than $126,000 in scholarships to Grand Island women, provides financial assistance to many charitable organizations and is committed to the fight against domestic violence. The club’s biggest fundraiser, the Spring Fashion Show and Luncheon, takes place starting at 11:30 a.m. Sunday, April 28, at the Buffalo Launch Club.

Alizadeh works with a focus in partnering with parents, teachers, administrators, drivers and mechanics to ensure students have safe access to educational and athletic activities that help them maximize their learning experience. She enjoys problem-solving, customer interaction and remaining flexible in high-pressure situations while maintaining a calming presence. She thrives in cultivating organizational success through teamwork, attention to detail and the ability to be cost-conscience while having an unwavering approach to safety.

She is proud of her commitment to doing a great job for the community she calls home. 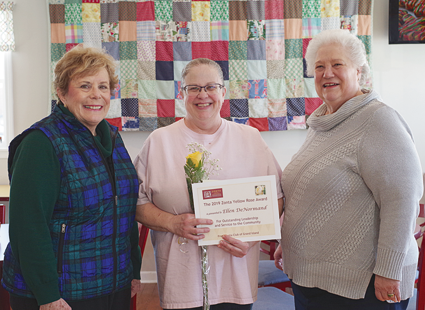 Ellen DeNormand and her husband moved to Grand Island 20 years ago for the quality school system for their three children, Brian, Rachel and Gregory. She has been baking for her entire life with recipes from her mom and grandmother.

In 2014, she started a baking business in her home. Then, on April 2, 2017, she opened Momma De’s Mixing Bowl at 1879 Whitehaven Road on Grand Island. Her sister, Mary, has worked with her since the beginning. The bakery is a full-service operation, serving cookies, cupcakes and a full assortment of sweet treats. There is also a savory menu for lunches. You can stop in for something delicious to eat, order a special dessert or cake for a special event, or use the space to host a private event or cookie decorating party.

Constance Foster is an advocate with the Family Justice Center and runs their satellite office on Grand Island. As an advocate, she works with individuals who are experiencing domestic or family violence and assists them in safety planning and in finding the right next step for them, whether it is through an order of protection, counseling, legal action, shelter or other concerns, and then assisting and empowering them in making that step.

Foster holds a master’s in social work from Syracuse University and worked with child and adult sexual assault survivors before coming to the Family Justice Center two years ago.

Bridgette Heintz is director of the Grand Island Memorial Library, with a tenure at the Buffalo & Erie County Public Library of approximately 16 years.

Throughout her career, she has worked her way up through the Buffalo and Erie County Public Library as a senior page, library clerk, library associate and branch manager. This is her second director position with the system.

Outside of work, Heintz enjoys knitting, crafting, audiobooks, watching anything the BBC has to offer and a good game of badminton with her husband of 18 years and their two daughters.

Stephanie McNair is the branch manager at KeyBank, 2180 Grand Island Blvd. on Grand Island. With more than five years in finance, McNair successfully provides guidance to those in search of a better overall financial life. She specializes in credit needs, ranging from newly building credit, to debt consolidation, to purchasing a home. As a U.S. Air Force veteran, she has extensive experience in both teamwork and leadership and she finds it truly rewarding to inspire and help others in her community thrive.

She grew up in Mississippi and later moved around while in the military. Even though she spent some years in Florida, McNair decided to move to Western New York to experience northern life, specifically where chicken wings were created. She fell in love with the Island before she moved here because it “felt like home” when she crossed the bridge.

“The people here are incredible, with so much to offer, and I want to add value by making a positive, lasting impact here,” she said. “People who have never been here are missing out on the beauty we are blessed with.”

When she’s not hard at work, McNair enjoys spending time outdoors with plenty of hiking and camping during the summer months. During winter, however, she said she happily travels to visit family and friends down south. 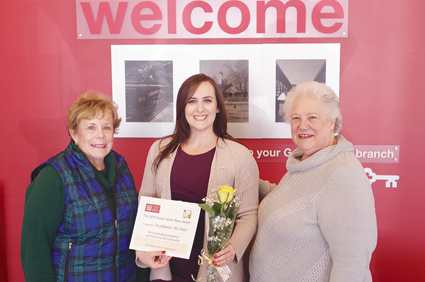 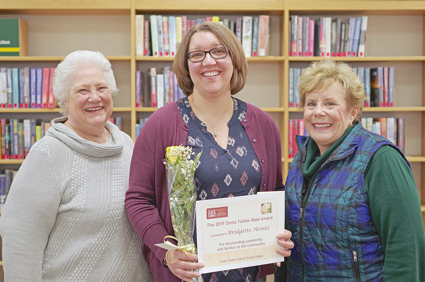 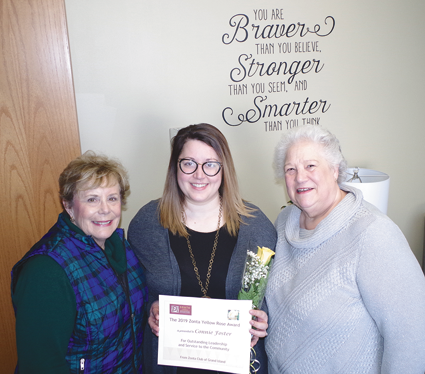