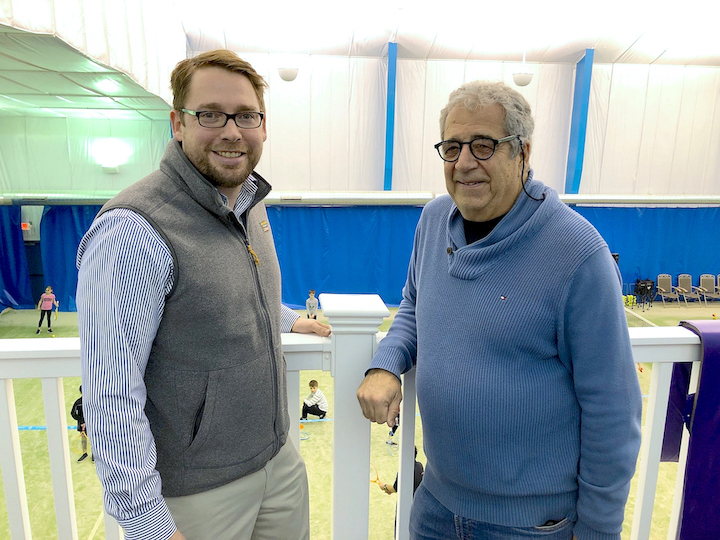 When WTS Chairman Gary Hall proposed adding a tennis complex to his company’s North Second and Mohawk streets property in 2013, his son, Brian, said the impetus is "My father very much cares for his employees. Building a health and wellness center for WTS employees, he felt, was the right thing to do. Health and wellness is very important. We want our employees to be happy, healthy.”

In 2016, that mindset spread to the general public, when the Niagara Community Center – which Hall spearheaded – opened next to Niagara Catholic. He said, "Our dream is to see this place making a positive impact on young people in our community for years to come."

Hall’s generosity revisited the Village of Lewiston last month, when he opened up the private WTS tennis complex to children participating in Recreation Department programs. He also donated funds for tennis coaches.

“It was always my intention to bring them here,” Hall said on Tuesday. “It was just more of a timing thing; get folks comfortable with who we are, and what we're all about; and then bring them here, slowly over time.”

He credited Recreation Director Brendan McDermott and Mayor Anne Welch for reaching out to him, and for organizing the sports programs. To date, about 170 elementary school-aged youth are taking tennis or soccer lessons at the facility.

“I’ve seen video; I’ve seen pictures; it’s on Facebook. I guess it’s really taken off with the kids, and their parents are just loving it,” Welch said. She added, “Mr. Hall is very, very generous, and this is such an asset to our Recreation Department – and to the whole community.”

Hall said, “We had no idea we were going to get the numbers that we have. We couldn't be happier.”

The Niagara Falls native has a long history with Lewiston. Hall had two children attend Lewiston-Porter, and he coached basketball both at the Red Brick, and with a team of Falls and Lewiston youth in the Biddy Basketball League.

Hall and McDermott reveal more about their new youth initiatives in this edited Q&A. 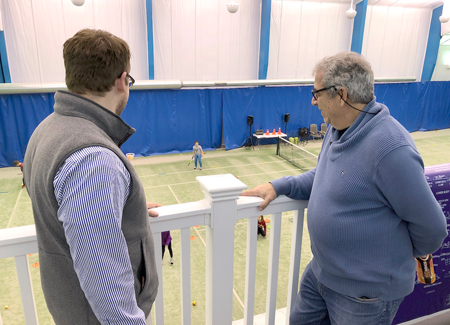 Q: What got you thinking about branching out?

Brendan McDermott: I’ve known Gary for years, and it's a conversation that Gary and I have had in passing – to try and utilize the facility in some capacity, whether it be tennis or soccer. And so, recently, we had more conversations. One of my employees over at the rec. center also works at WTS, and has also had those conversations with Gary. And finally we just came to a little bit more of a commitment; and it's something that I brought to the board, along with Mayor Welch, and they've been fully supportive of the programs.

We've put everything into place: got approvals, have our insurance all covered. And once we had that all set, putting the programs together came very easily. Once we put that out there on Facebook, I would say, within the first day, I had over 50 registrations for the soccer program. I probably had 30 registrations for the tennis program in the first couple of days. And so, once word of mouth got around – and even after the first week of the programs – more people heard about it; more and more people signed up.

Q: You were largely responsible for the community center next to Niagara Catholic. This is your creation, as well. I know you're very active with the Boys & Girls Club. What do you think kids get out of athletics and having these afterschool activities?

Gary Hall: Well, as a kid growing up, I know how I felt at the end of a school day (laughs). I couldn't wait to get out and run and play sports, and just be active. Play tag – whatever it was – you know, just to get out and get some exercise. I just felt like being in the classroom all day, you’ve got all this stored-up energy and you’re just raring to go. That's how I am – I still am. I play tennis here every day.

I just think it's very healthy for the kids to come out and get some exercise and then maybe settle down, do some reading, get their homework done.

I have seven grandchildren. The oldest is 10 years old. The thing that drives me the craziest is when they're in front of those iPads, literally, for hours a day playing “Fortnite.” I lose them there; they don't communicate with me. I'm out of touch with them. I'd much rather – even if they're on those games and playing soccer, football or basketball or tennis or something like that, I just feel like they're getting more out of it then.

Brendan McDermott: They’re out here (at WTS) with their peers, with coaches, learning. It's a great atmosphere.

Q: I know that you're a big tennis guy. What can you tell us about the court?

Gary Hall: It's an artificial turf. On top of the turf is sand – like 20 tons of sand that’s on it. So what happens is, when you play tennis on there, it plays like a clay court. You slide on it. So it's easier on your body. As you get older, it makes it easier to play on, rather than play on a hard surface that would beat you up.

I have one of these courts at home, on Lewiston Road. I've had it at home for 40 years now, and it's held up for 40 years outdoors. When my kids were growing up, we played baseball and tennis and football on it.

And when we're looking at what we might do here and at the community center (now named for the late Ralph C. Wilson Jr.), you know, the idea was what can we do that allows the kids to do more than just play basketball, like on a hard court? And there's basketball courts everywhere, albeit there might not be enough access to basketball courts, as well. But this kind of gives them the ability to play. You can play tennis here; you can play soccer here; you can play baseball here. There's a lot of different things you can do, that really are difficult to do on a basketball court, by comparison. There’s more flexibility.

Brendan McDermott: Actually, our first year with the soccer program, we did it over at the Red Brick gym last year. We started with a pilot group of about 20-25 kids. And, you know, we have smaller kids in the program – 5- to 10-years-old. Last year we started with just a 5 to 7 age group. But by utilizing this facility, it gives us so much more room – so much more space to utilize. We're able to break the court into two separate areas. We have two coaches that volunteer for the soccer program, and so that's what's allowed us to expand our program 500 times, almost; somewhere around there. I mean, it's incredible. 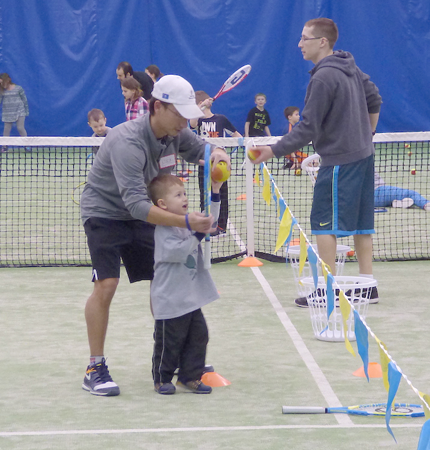 McDermott said, “This particular program is closed at this point, because we're already about halfway through on both of them. They're both eight-week sessions.”

WTS stands for Waste Technology Services. Its website describes the company as the "largest non-asset based objective provider of by-product management services." 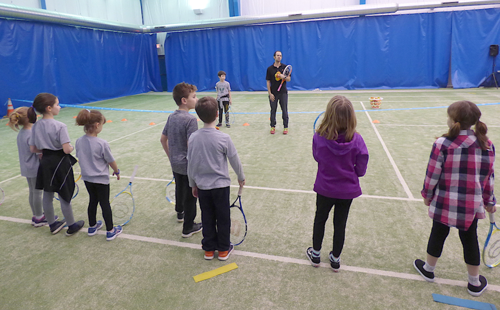