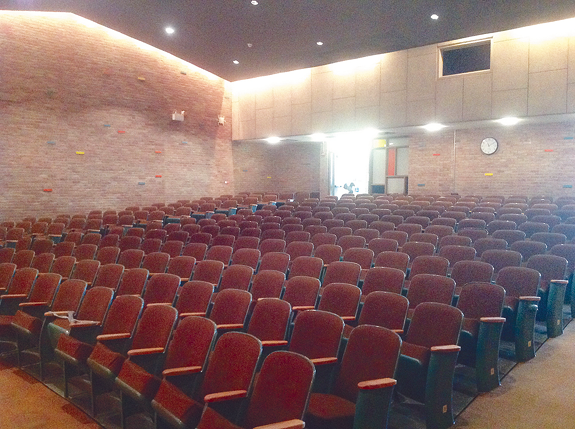 Shown above isn't a picture of the attendance at the capital project forum held last Thursday, but rather a photo of the Huth Road Elementary School auditorium that would receive an upgrade should school district voters approve a $24 million capital project at a referendum.

Not even the prospect of forking out $24 million was enough to entice a single member of the voting public to attend a capital project public hearing held by the Grand Island Central School District last week.

The hearing, held last Thursday in the Grand Island High School Professional Development Room, was attended only by representatives of the district and the Dispatch.

The GICSD proposes a $24,149,626 project that would address safety at buildings, heating and cooling upgrades in school buildings, renovations, and addition of athletic turf behind the high school/middle school campus on Ransom Road.

Information on the project is available online at the district website: www.grandislandschools.org.

According to the district, the local share of the $24 million project would cost an estimated $181,372 per year for 15 years. The average annual tax impact to residents to you pay for the project would be $15.95 a year on a house assessed at $180,000.

Voters will have a second opportunity to skip another public hearing in the GIHS Professional Development Room from 6-7 p.m. Thursday, Jan. 3. 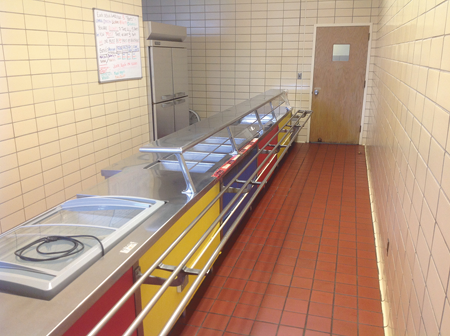 The Huth Road School kitchen also would be upgraded. 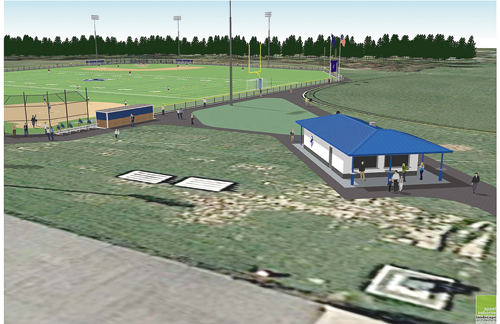 Athletic turf fields, below, and a new concession stand/restroom building, above, would be part of the project. 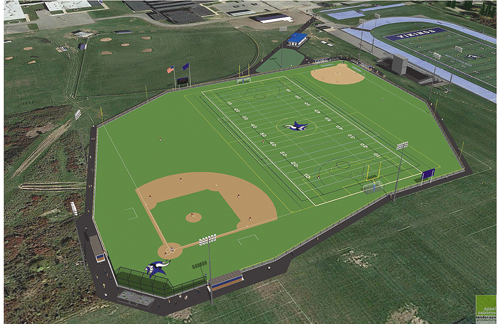 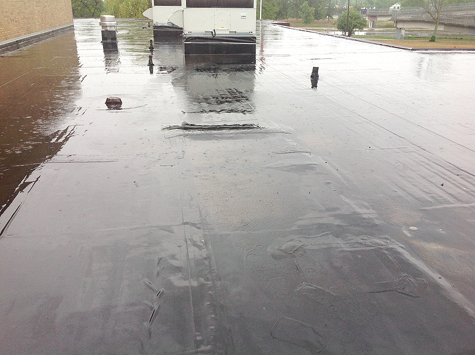 Building repairs, such as replacement of the roof at Kaegebein Elementary School, are part of the proposed project.