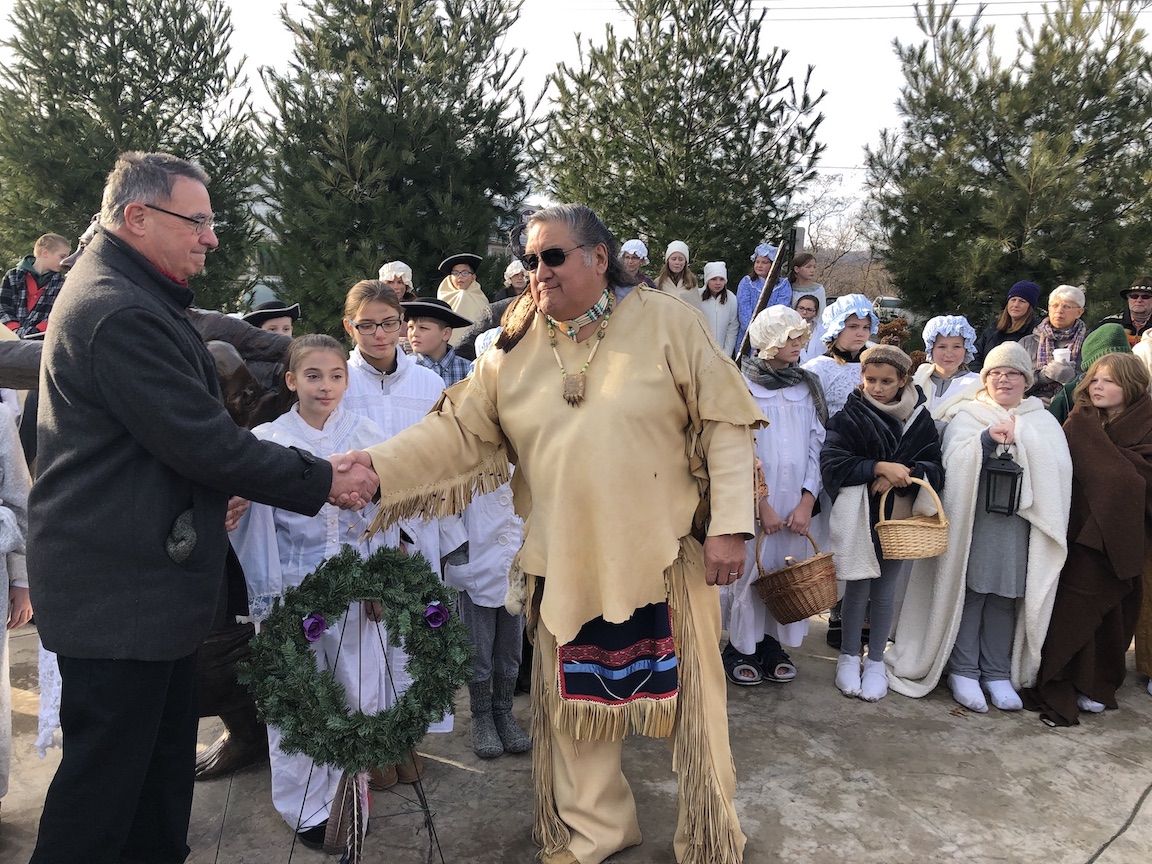 Ken Slaugenhoupt, president of the Historical Association of Lewiston, shakes hands with Neil Patterson, a member of the Tuscarora Council and Lewiston's nation liaison.

A remembrance ceremony was held Wednesday, Dec. 19, on the 205th anniversary of the Tuscarora Nation’s brave actions to save Lewiston lives in an 1813 British attack.

Lee Simonson organized and hosted a program at the Center Street Tuscarora Heroes monument. Comments were offered by Neil Patterson, a member of the Tuscarora Council and Lewiston's nation liaison; and Ken Slaugenhoupt, president of the Historical Association of Lewiston.

Lewiston-Porter students performed the new “Tuscarora Heroes” song. Teachers Joy Khatib, Katie Danahy and Michelle Zachary worked with fourth- and fifth-grade multiage service learning class students to prepare them for their moment in the spotlight. Singers were costumed courtesy of volunteer Sarah Waechter. Each student was dressed in clothing portraying the exodus of local citizens who were forced to run for their lives in the pre-dawn hours.

After the ceremony, those in attendance were invited for hot chocolate and breakfast treats in the warming tent across the street at Academy Park. Food was supplied by Gallo Coal Fire Kitchen.

Students received a special commemorative gift, and were later treated to ice skating at the Family Ice Rink.

Simonson presented Patterson and Chief Leo Henry a plaque that reproduced a recently published article in New York Archives Magazine – the official publication of the New York State History Museum. The story details the Tuscarora Nation’s bravery during the War of 1812.

The event’s presenting sponsor was Rocco DelGrosso of Krislyn Construction Co. HAL offered special thanks to Karen Yager, and Lew-Port aides Rhoda O’Shea and Liz Shepherd for their contributions to the ceremony. 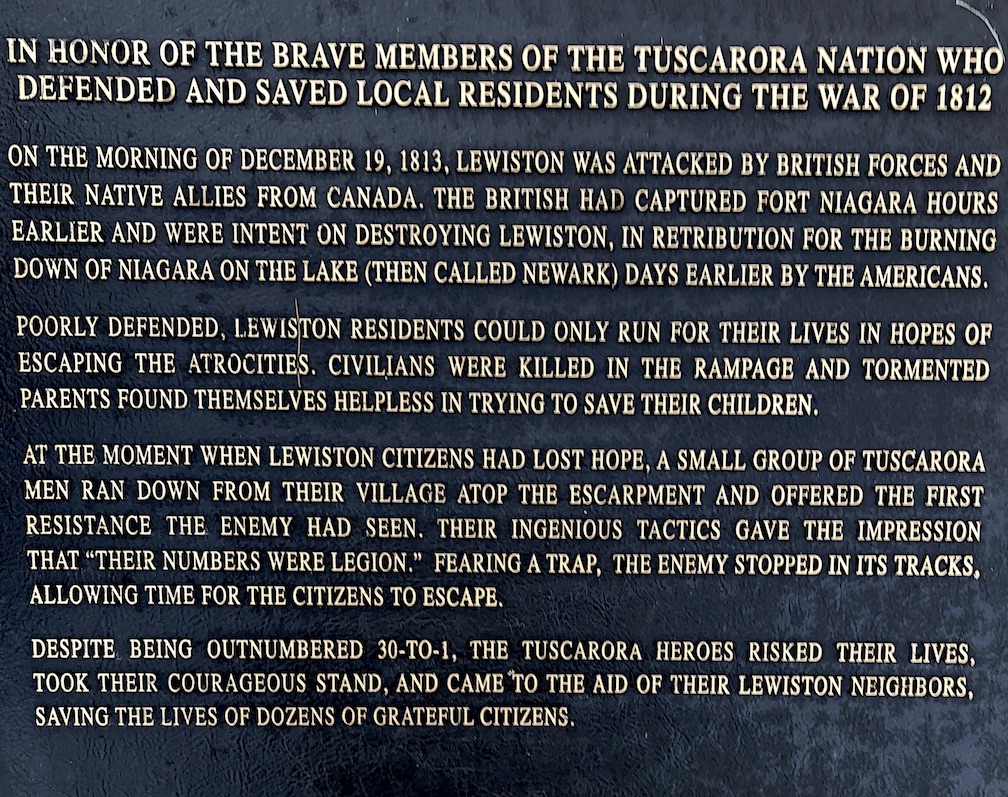 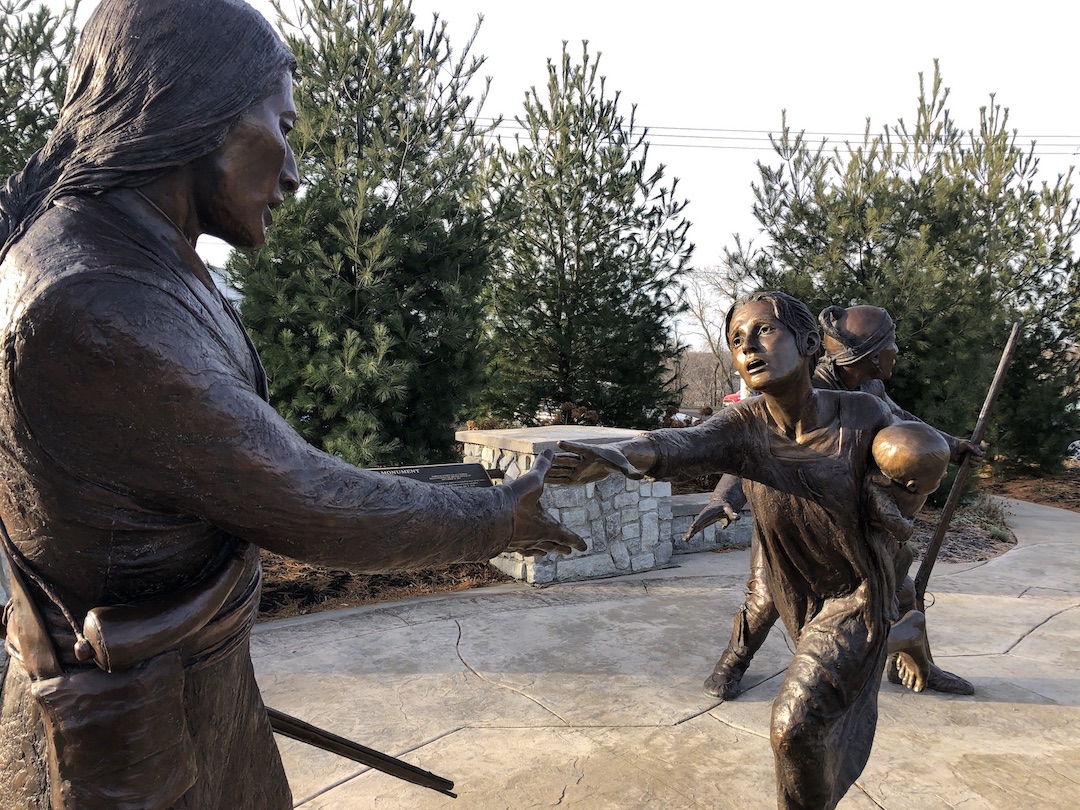 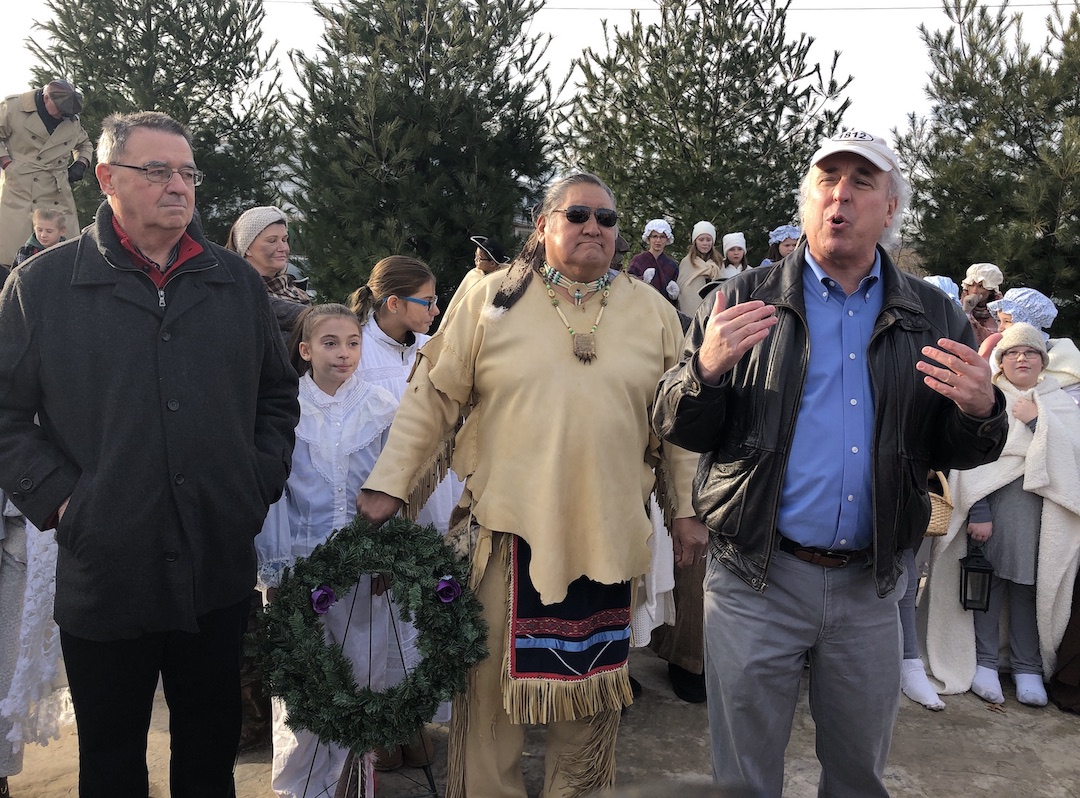 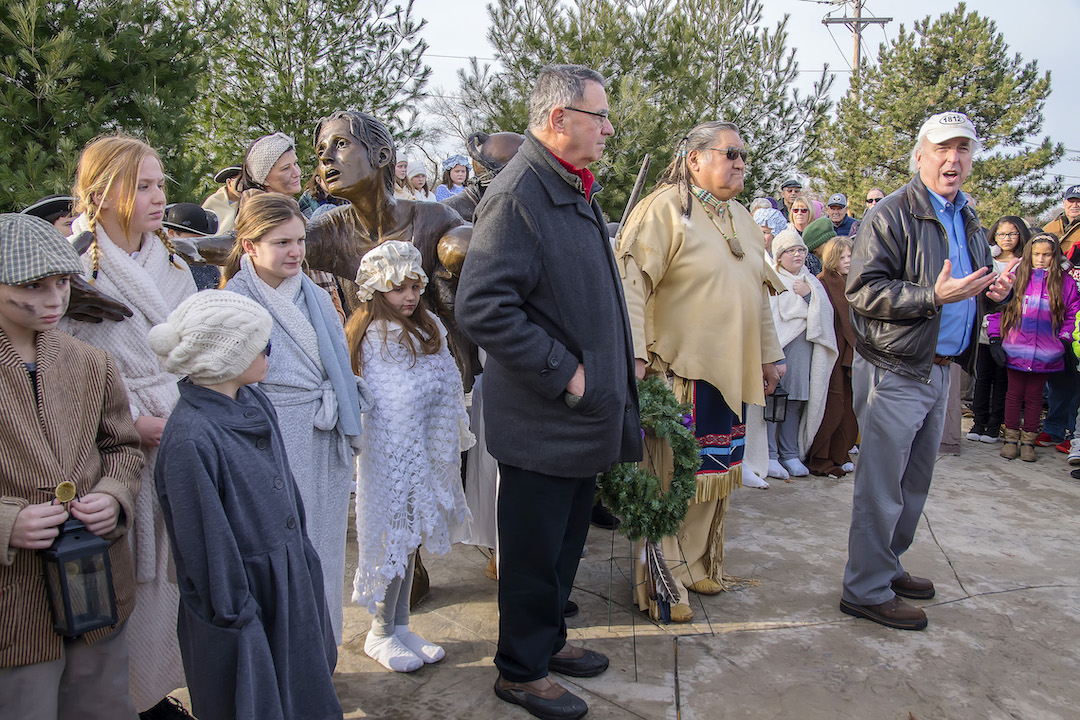 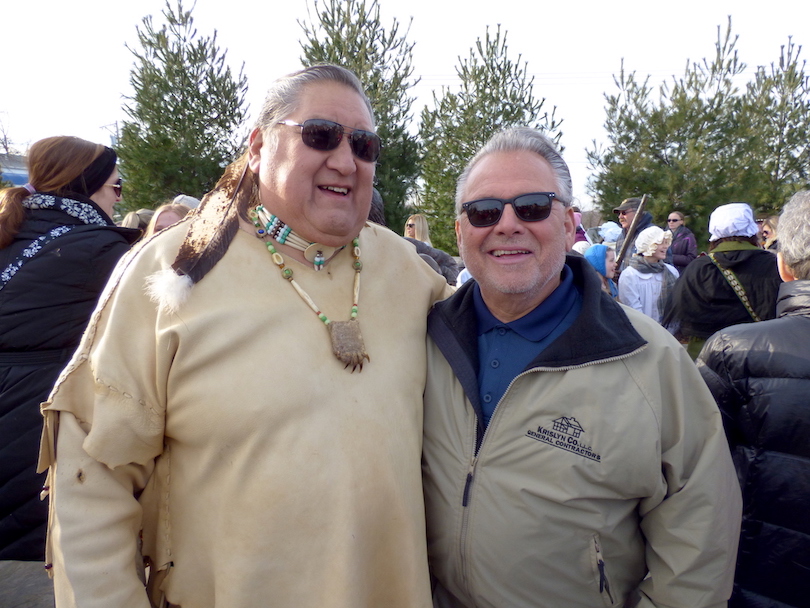 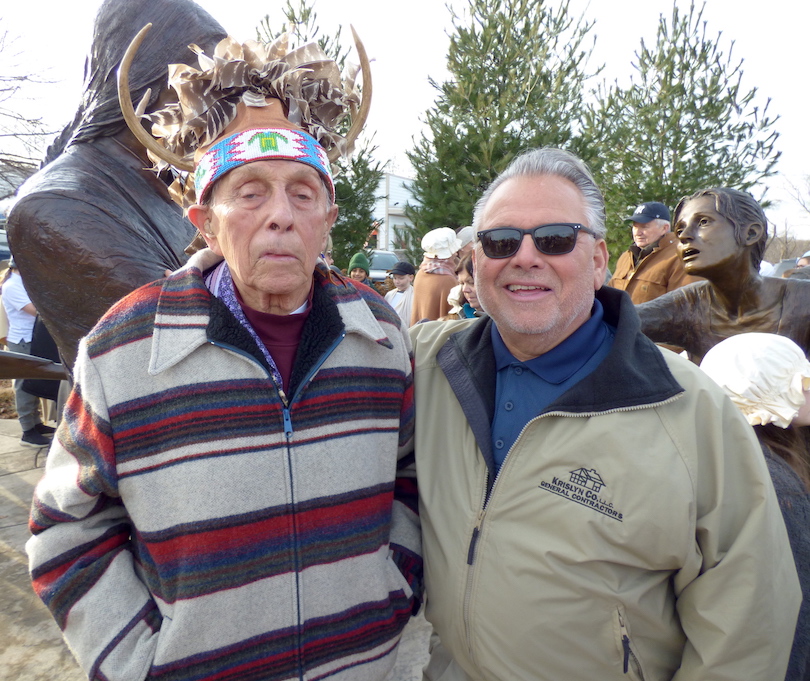 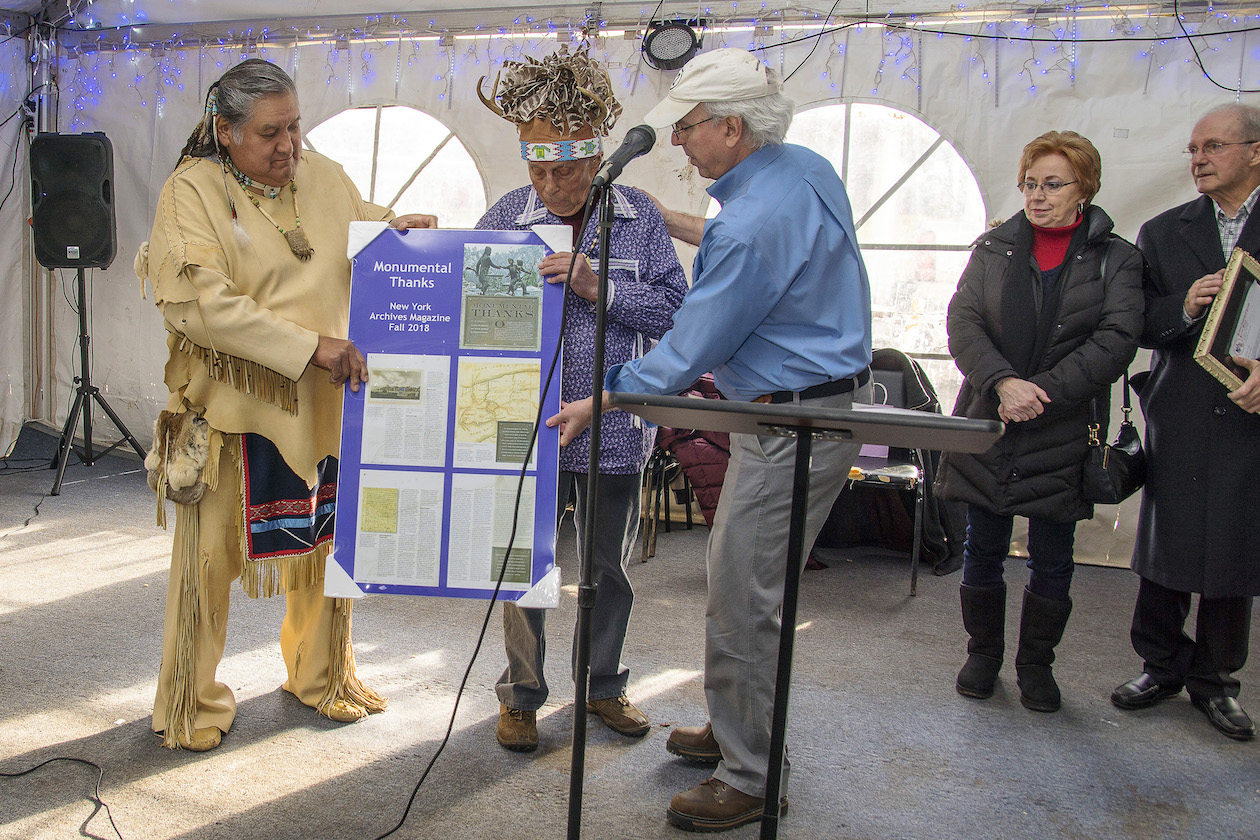 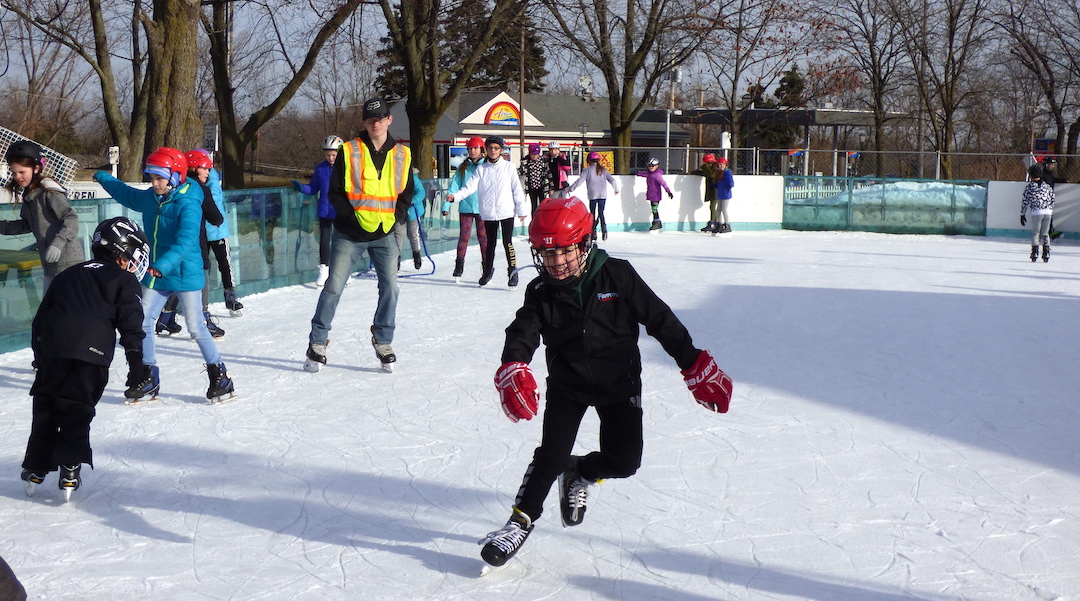