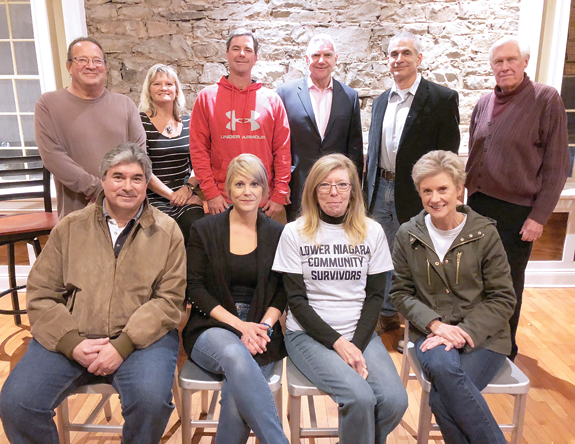 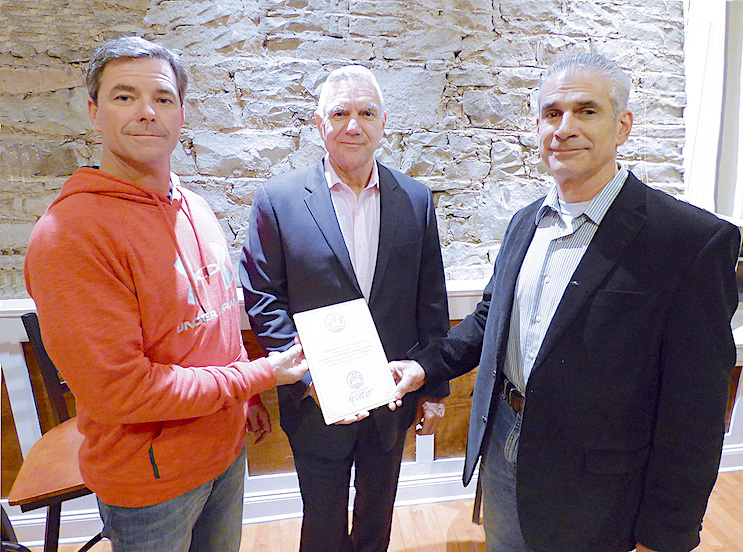 Memorial Helps
Members of the Lower Niagara Community Survivors Group met for a photo this week, and to present Niagara Falls Memorial Medical Center President and CEO Joseph A. Ruffolo with a plaque of appreciation. The hospital sponsored "Rockout Cancer."
"It was a labor of love," Ruffolo said. "We're glad we did it."
Community Survivors Group President Emery Simon said, "Memorial donated money and their staff here to help educate people that had questions on 'What about this? What about that? Should I go to this test, or should I go get that test? Where can I go for this? I'm experiencing this,' or 'I have a loved one that's experiencing that.'
"Having that staff on hand, here, to talk to people, was huge. I mean, I can't tell you how many people came up and said, 'Thank you for having them here,' because you have certain inhibitions about going to the doctor or going to the hospital. And having them in such a casual atmosphere, it allowed people to open up and actually talk to people and ask them sincere questions about sincere, confidential problems."
Pictured, from left, are Ken Bryan of The Brickyard family of restaurants, Ruffolo, and Simon, who owns the Lewiston Stone House.
Categories
NFP Our Favorite Sentinel Sentinel feature Sentinel HP Feature List Top News Features
comments powered by Disqus