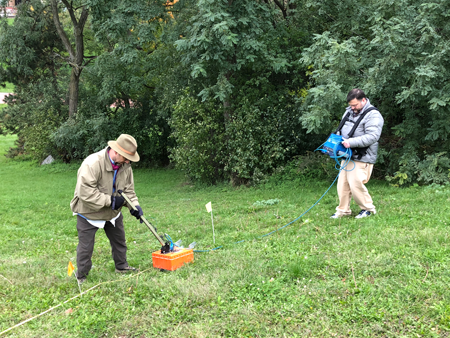 Michael Beam, left, and Kevin Williams search the Artpark hill for a car buried 43 years ago.

by jmaloni
Fri, Oct 26th 2018 07:15 pm
Faculty from Buffalo State College teamed with Artpark & Company and local cultural ambassador Michael Beam on Friday morning to relocate and record historical items purposely placed in the park hill.
In 1975, the San Francisco-based avant-garde media art and architecture collective known as Ant Farm visited Lewiston. Members collected consumer goods and magazines from the time period - materials that reflected the era. These items were placed inside 30 suitcases, which were tucked into a 1968 Oldsmobile Vista Cruiser, and stashed deep in the Artpark ground.
"We're here today with the Buff State anthropology department, sort of identifying the exact location of the Ant Farm 'Citizens Time Capsule,' " said Artpark & Company Director of Visual Arts and Family Programs Tanis Winslow.
She described how Lewiston residents, 43 years ago, "were allowed to put whatever they wanted inside of these suitcases and then inside of an Oldsmobile. And then the Oldsmobile was covered in sheet metal, covered in tar, and then buried in the side of the amphitheater hill."
Kevin Williams, a professor in the sciences department at Buffalo State, worked alongside both Lisa Marie Anselmi, a Buffalo State archaeologist, and Beam, who is the curator of exhibitions and special projects at the Castellani Art Museum of Niagara University.
Winslow said, "They are doing a sound-penetrating radar scan of the earth, and they're running this machine over the earth to generate an image of where the car actually is."
Nothing was or will be dug up. Rather, the endeavor was for educational purposes.
"What Kevin and Michael are doing right now is working with the ground-penetrating radar unit. The orange box that you see going across the landscape (pictured) is actually shooting out a signal, and that's what's bouncing off disturbances and, hopefully, the time capsule underneath the ground," Anselmi said. "The signals ... come back to the computer, and Kevin can see on the screen if there's disturbances underneath there. Now, all disturbances are going to give you some kind of reading; so (for example), a big root system for a tree; if there were holes dug for latrines back in the day; whatever."
In that case, how would one find a car filled with suitcases?
"What we would be looking for, what Kevin would be looking for, is a swarm of those in a surrounding area. And we can be fairly confident that that would mark the time capsule," Anselmi said.
After searching the grounds, the car was, in fact, located.
Winslow said Beam connected Artpark with Buffalo State, and "Basically, today would not have happened without Michael Beam's tenacity and passion.
She explained, "One of our initiatives and our values is to partner with educational institutions and really invite students and professors, educators, to come and interact with us at Artpark, which is just such a rich, historic landmark, in terms of art, but also in terms of our native community, the five nations, historic battles that have taken place in this area. It's such a rich, historical space. And to allow students and educators and institutions to come be a part of the space is really something that we value."
The Buff State students, meanwhile, "They'll be able to work with Kevin," Anselmi said. "The data actually goes into a computer program, and there is some manipulation that you have to do to it. You can't just use it in its raw form, like most data everywhere. And so, students will be able to work with Kevin closely on that part of the project."
Park visitors seeking to scope out the burial site will have to use their imagination - at least for the time being. Locating the car and its contents, "It's for recordkeeping at this moment, but that's not to say that there couldn't be some kind of designation in the future," Winslow said.
Managing Editor Joshua Maloni contributed to this report. 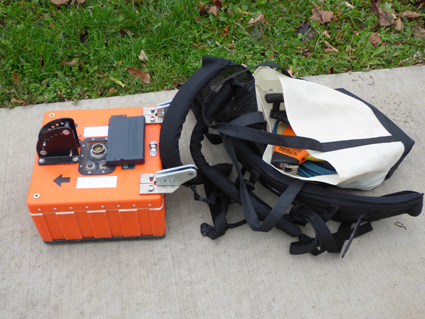 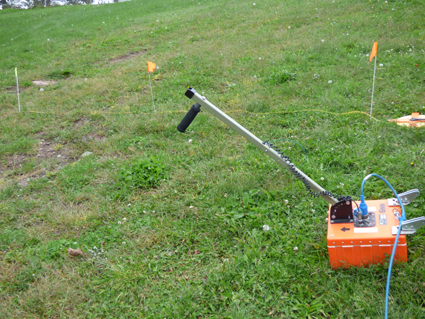 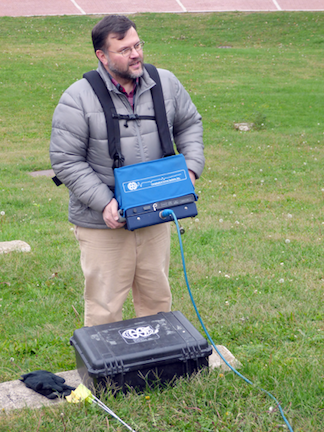 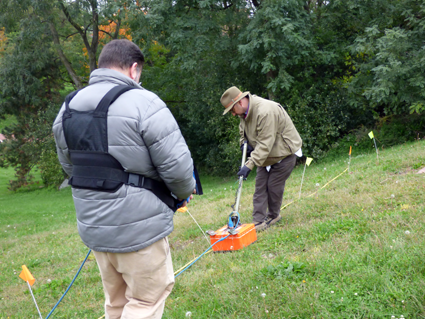