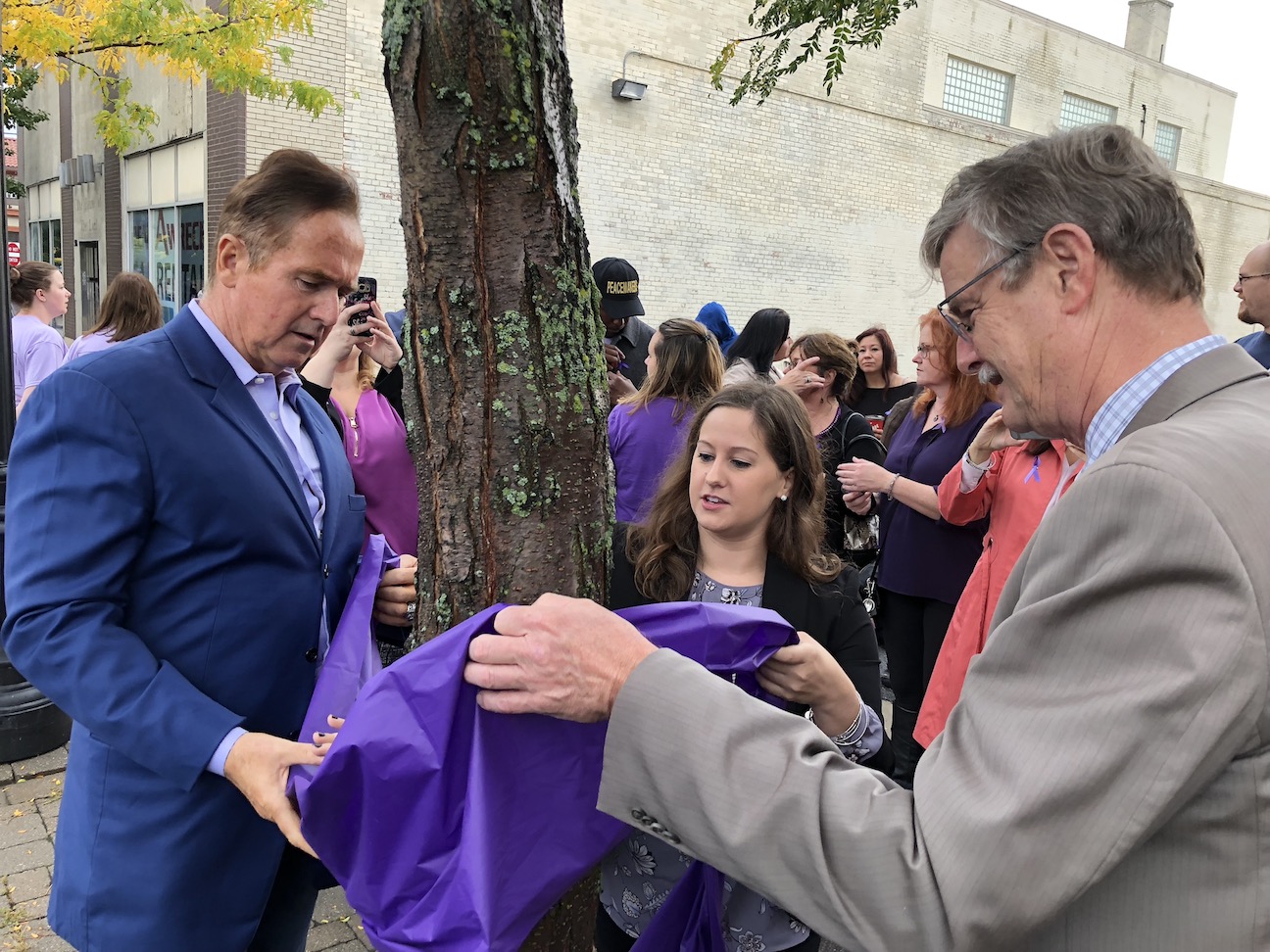 Tue, Oct 2nd 2018 08:40 pm
In recognition of Domestic Violence Awareness Month, Family & Children's Service of Niagara coordinated the fifth annual Domestic Violence Ribbon Walk on Tuesday. Staff, local elected leaders and community members gathered on Third Street to take a collective stand against domestic violence. As they walked, they tied purple ribbons on the trees between Main and Niagara streets.
"Awareness" was this year's theme. Passage House Director Larissa Bachman told the audience that, according to the National Coalition to End Domestic Violence, an average of 20 people experiences intimate partner violence every minute in the U.S. Moreover, one in four women and one in nine men will be victimized by an intimate partner at some point in their lifetime.
She encouraged participants to think of the people they know - "a friend, a family member, a co-worker, or even if it's you - keep them in mind when you are walking with your community members. ... It's important that we come together as a community."
Niagara Falls Mayor Paul Dyster said, "It seems to me like, back in the 1970s, when I first got hooked up with the women's organizations - the women's causes ... we kind of thought that, by the end of the '70s and into the 1980s, we turned some kind of corner and that we were making real progress on the issues. But, as the headlines are saying to us today, there is a lot of work that needs to be done on domestic violence and a whole range of other issues surrounding women and their well-being."
Congressman Brian Higgins said, "Most of the movements in this country - the Civil Rights Movement, the labor movement, the environmental movement and the Women's Movement - none of them came from Washington down. They came from the streets up. And that's why it's important, not only to remember, but to raise awareness about the importance of this issue and how much further we still have to go.
"I commend you on your leadership and your vision for bringing us all together to both remember and as a reminder of the great work that still needs to be done in the area of domestic violence."
In 2017, Passage House Domestic Violence Services answered more than 600 calls on the 24/7 domestic violence hotline (716-299-0909); provided shelter to 126 survivors and children; and provided counseling, support and advocacy services to 178 survivors.
The agency said awareness about the prevalence of domestic violence educates the community about the services available and brings people hope. It stated 99 percent of survivors served in Passage House report they now feel more hopeful about the future.
Founded in 1895, Family & Children's Service of Niagara, a private, nonprofit agency, has been providing the residents of Niagara County with a wide range of community social work services for 122 years. The agency has been providing domestic violence services in the Niagara community for more than 30 years; and, in 1989, Family & Children's Service opened Passage House, the first and only fully staffed domestic violence shelter for survivors of domestic violence and their children in Niagara Falls.
Immediately following the Ribbon Walk, the public was invited to experience a survivor art exhibit at Wine on Third. The theme of the collection this year is "Trees of Energy" and "Power Animals." The artwork was created by about 20 adults and more than a half-dozen children of Passage House domestic violence services. The exhibit will be on display through Oct. 21.
PHOTOS:
Ribbon Walk 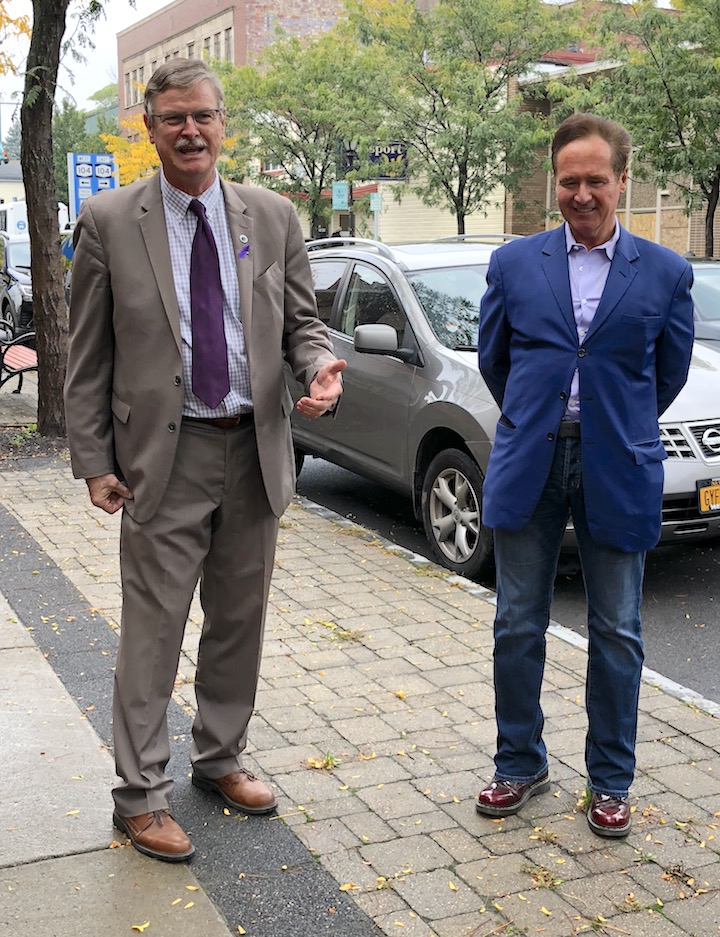 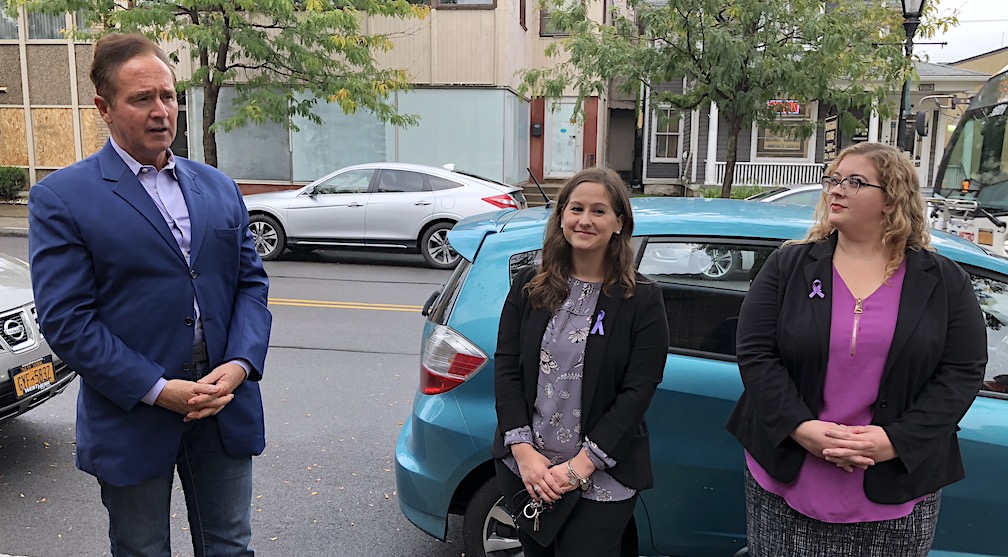 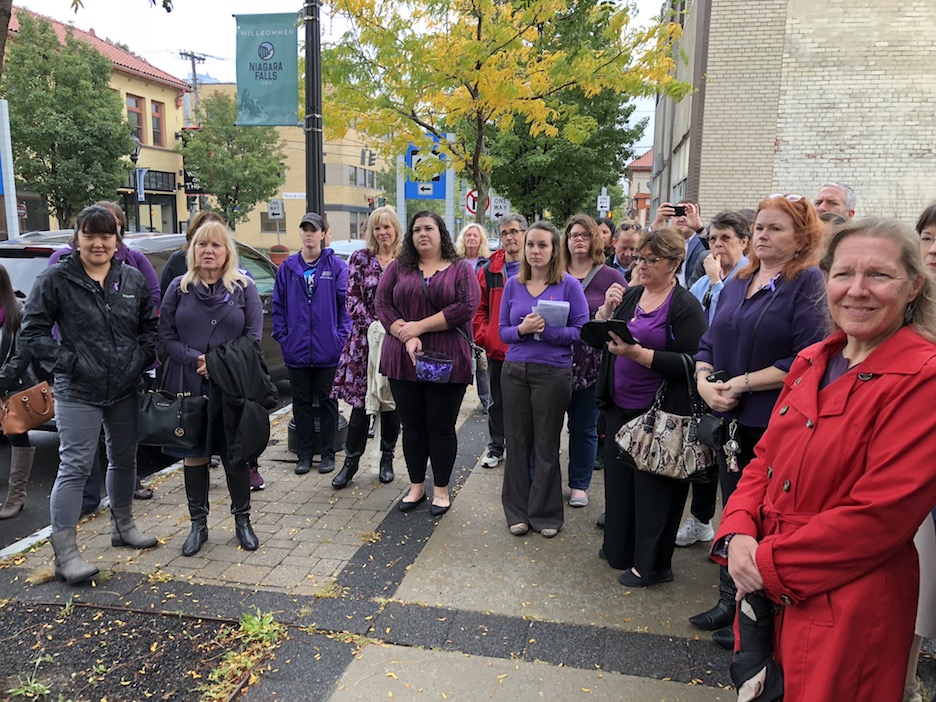 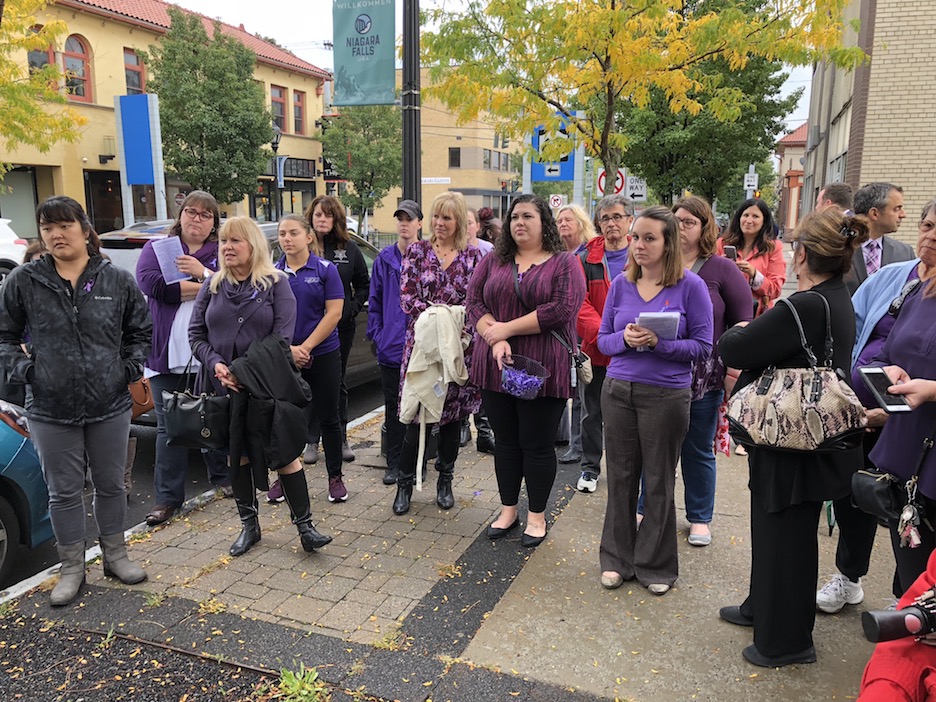 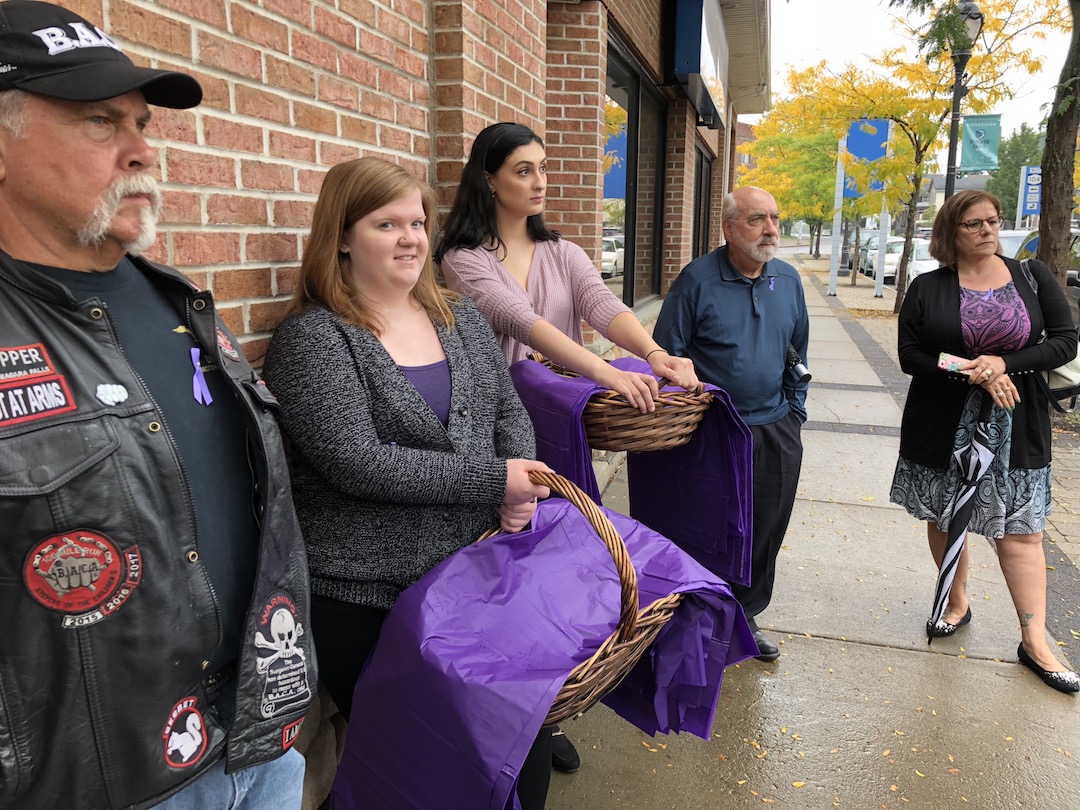 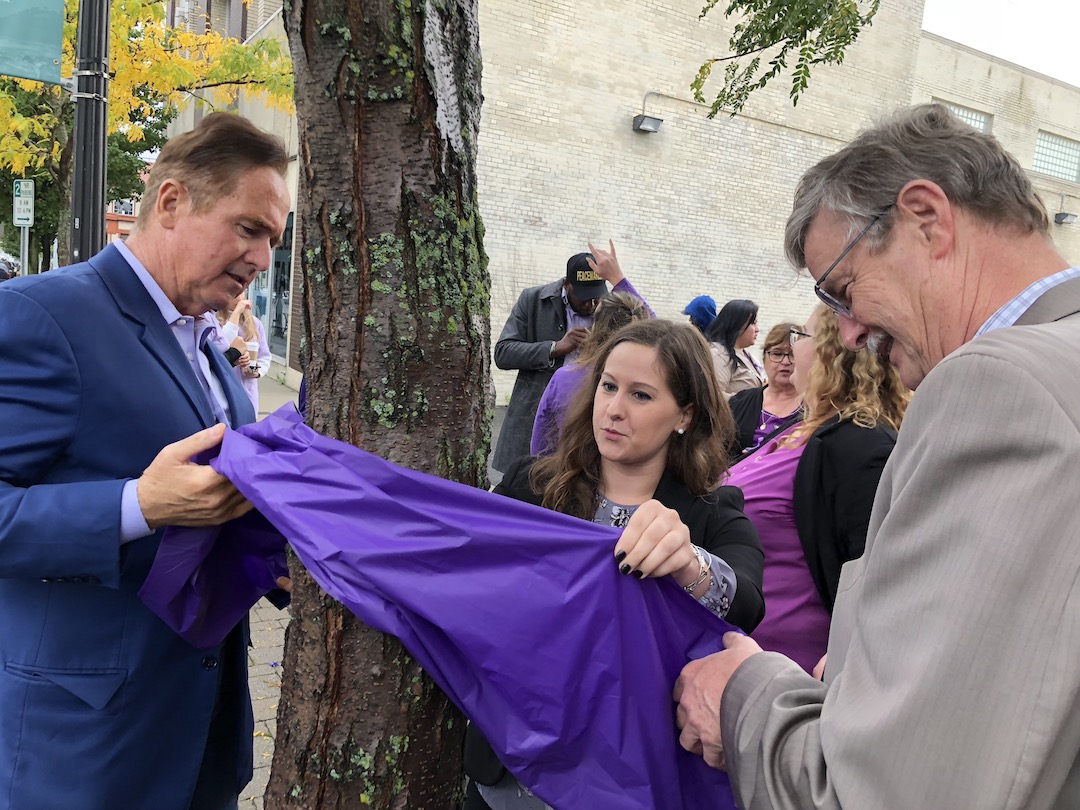 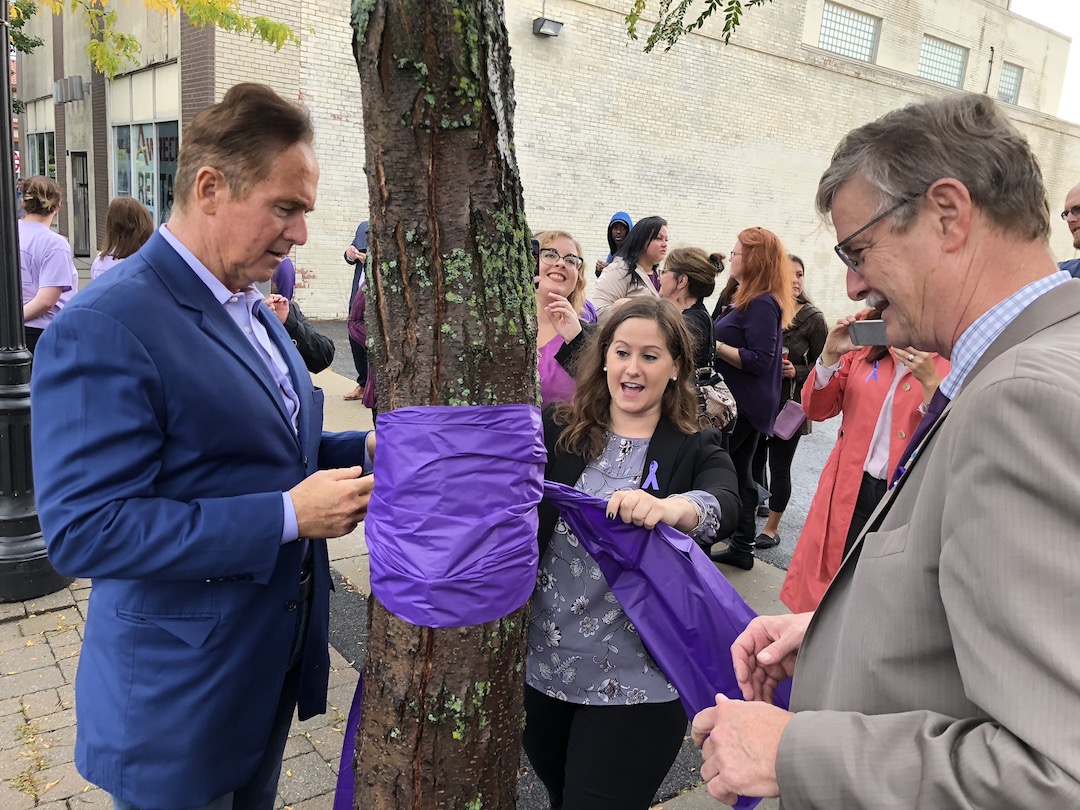 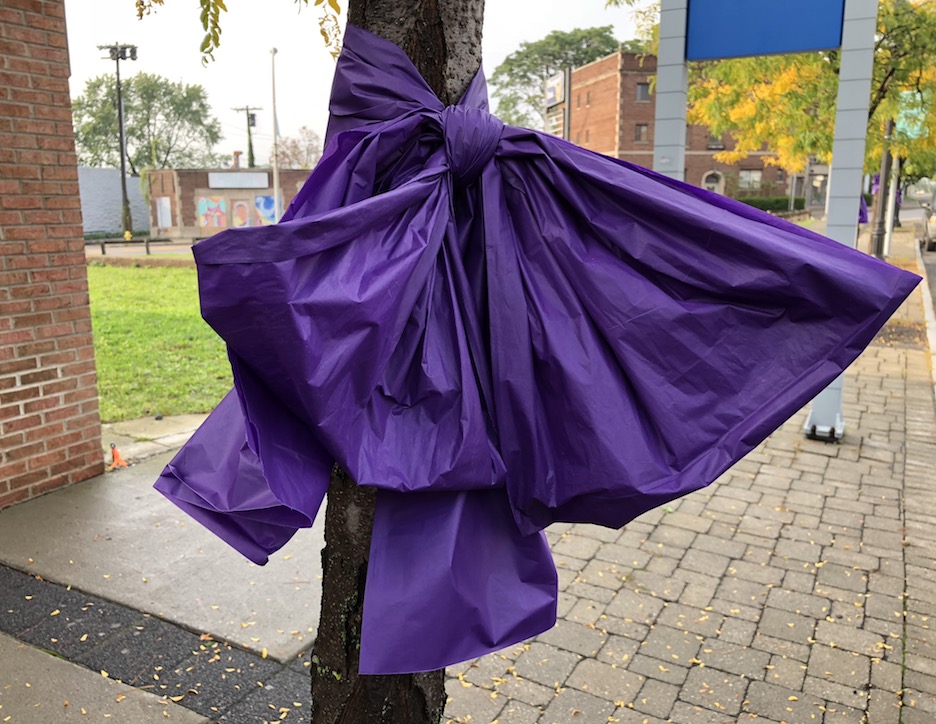 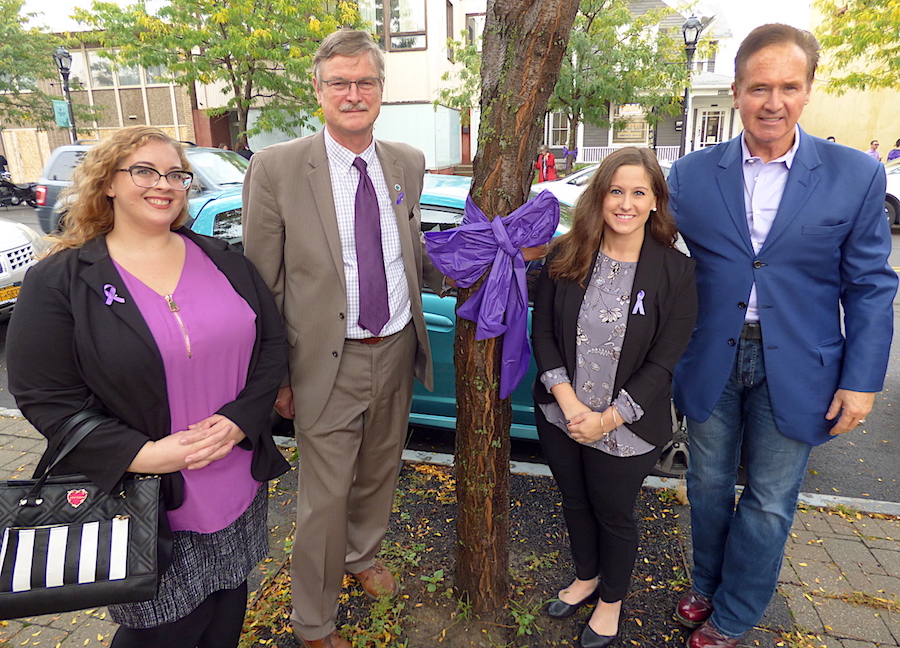 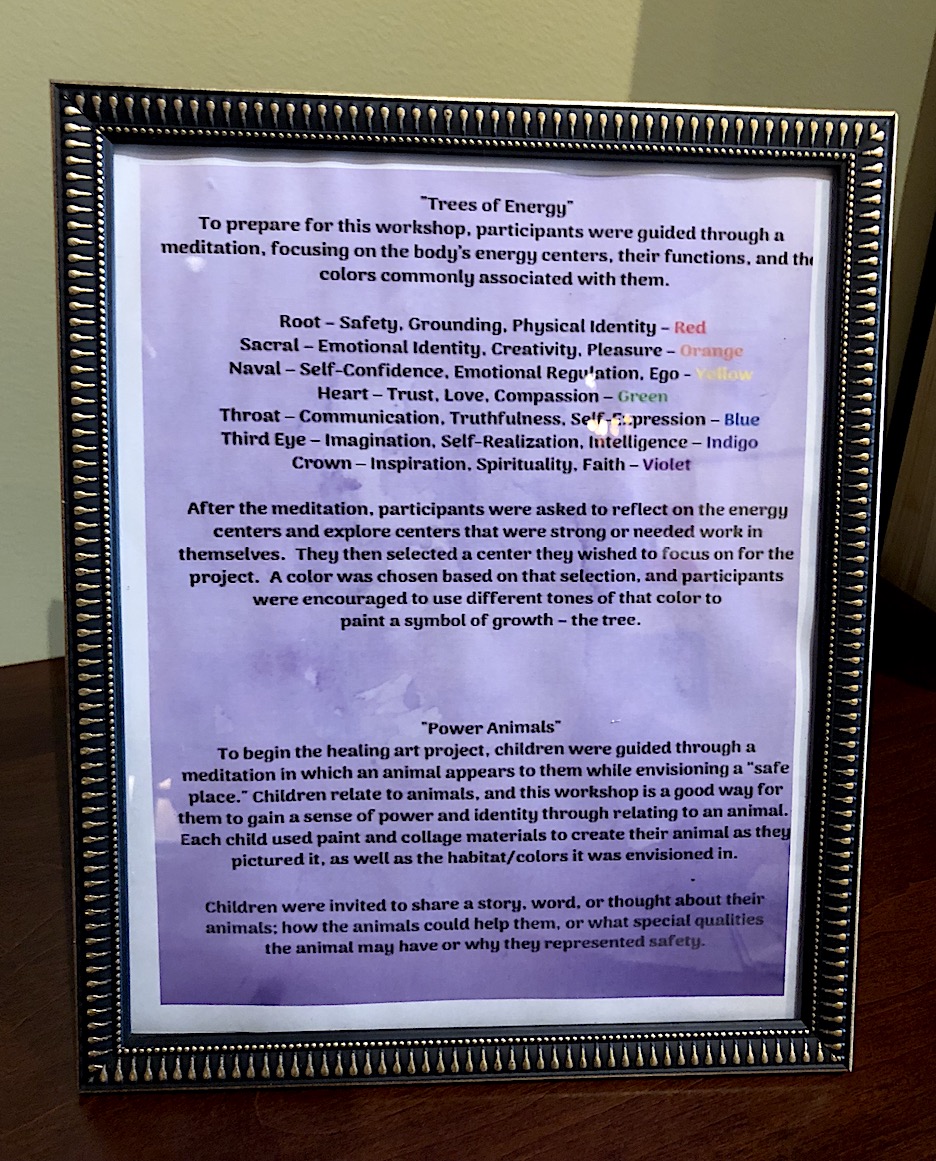 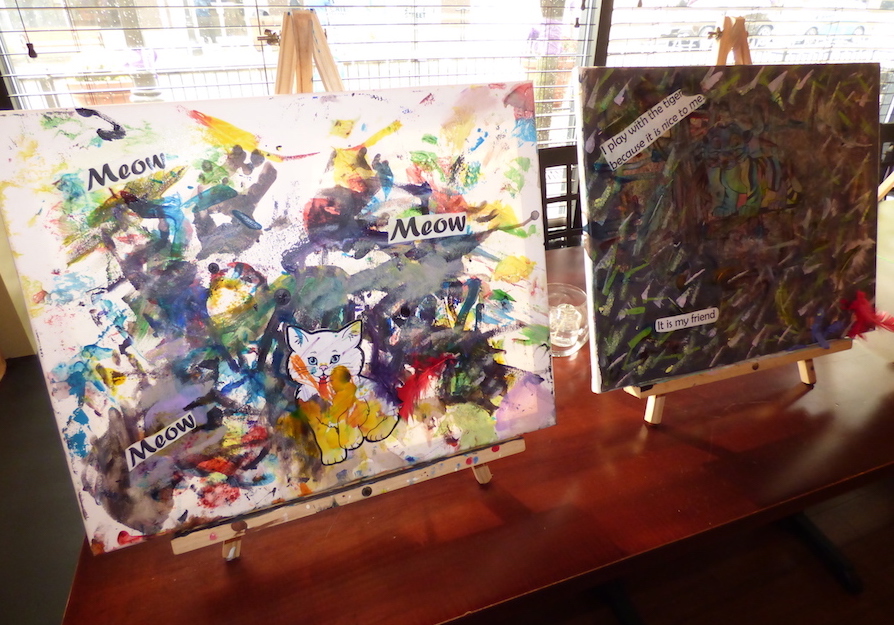 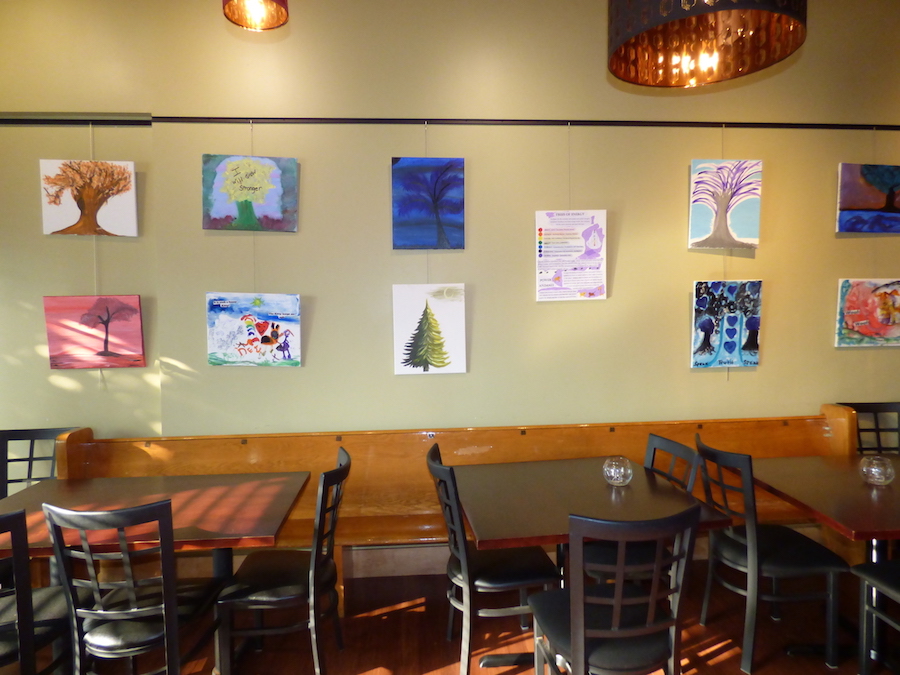 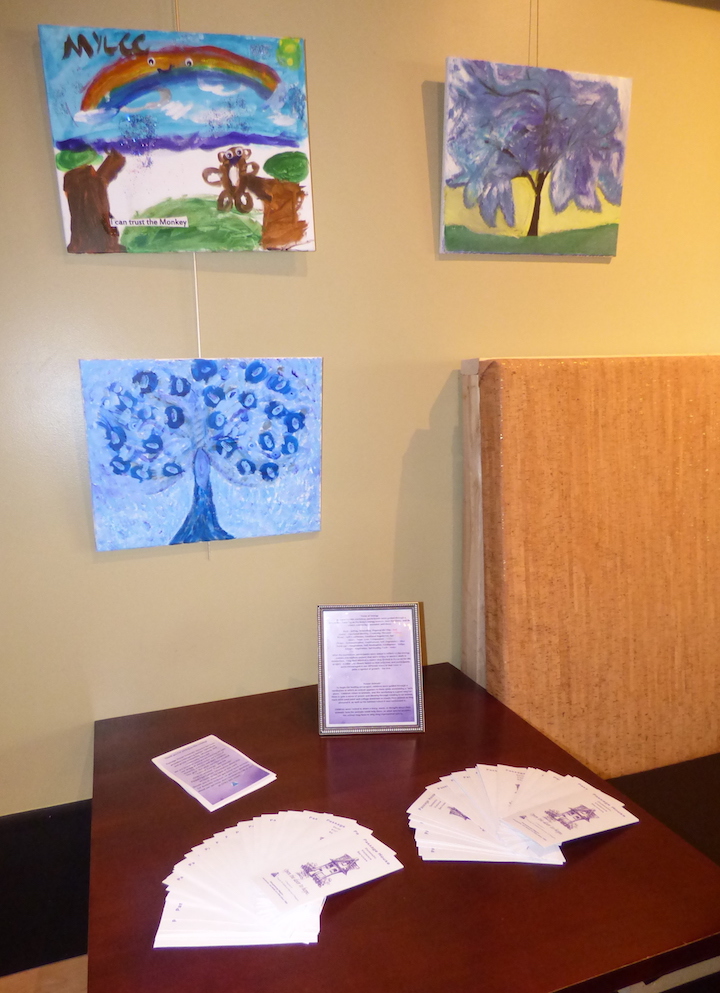