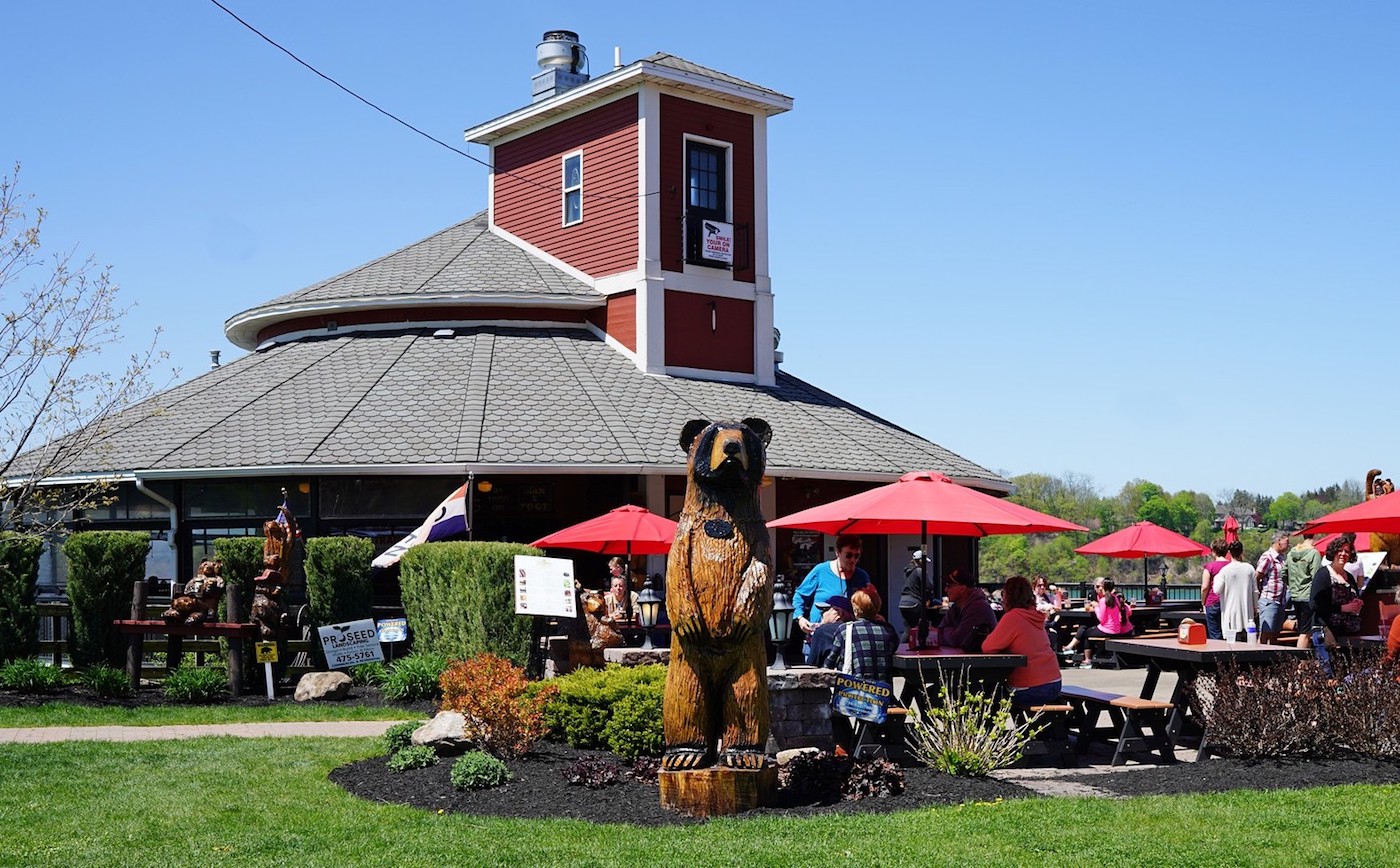 by jmaloni
Thu, Aug 2nd 2018 10:30 am
By Joshua Maloni
Managing Editor
A surcharge that drew the ire of some Village of Lewiston residents has been permanently removed. Late Wednesday afternoon, The Silo Restaurant proprietor Alan Hastings said his business has stopped charging customers a 2 percent fee that was initiated when the 2018 season began in May.
Patrons noticed a line at the bottom of receipts that said "VUF." Some customers were told this was a "village use fee," or a "village utility fee," and speculated the 2 percent upcharge was the result of a lease agreement between The Silo and the Village of Lewiston.
Mayor Anne Welch said nothing in the contract changed. She pointed out a 40-year lease began in 1997 and, as of May 2004, the municipality - which owns the Water Street land the restaurant and patio sit on - was entitled to collect (as rent) 2 percent of annual gross sales, or the sum of $4,000, whichever is greater.
In an email to The Sentinel, Hastings explained, "As many other quality restaurants, controlling the prices while continuing to work with good fresh and local products is a priority for the Silo. Every year, most places look at their costs and adjust their prices if needed, so does the Silo. In 2017, the restaurant faced infrastructure improvements needed, coupled with a significant increase in payroll as well as food costs. Updating all online and physical menus is always a cost, so, in order to keep the increase at a low level, we looked at other restaurants' practices (especially in the Falls area) and decided on a 2 percent service charge that would make accounting easy and keep us from reprinting all the menus and boards.
"In order to keep our customers informed, we printed this on every receipt and we informed our employees on what it was and how it was being used so they could advise our customers."
He added, "Up until this week, none of our customers have complained about this charge."
On July 27, a village resident pointed out this new fee on her Facebook wall. Victoria DeVantier's post has since been shared 1,100 times.
DeVantier wrote, in part, "My 90 year old friend and her group of seniors went to the Silo for lunch this week. She called my husband (village Zoning Officer Ed DeVantier, who was not involved with this matter) because she noticed an additional 2% fee attached to her bill. I just got off the phone with the Silo. I was told 'Oh yes, it is a VUF fee,' e.g. Village Use Fee. When I asked her what that was and this is her exact comment. 'It's a fee that the village tacked onto the Silo for all orders in order to operate a restaurant on the water.' This is an outright lie and I am livid that the customers are being taken advantage of. The true fact is the Silo leases that land from the Village and the Village did not assess this fee SILO did."
Hastings replied by saying his manager, Lexi Alfiere, was on hand when the group ate, and she "never heard directly from the unhappy customers, but only from the social media post made by Mrs. DeVantier, who was not part of that lunch."
He added, "It is very unfortunate that Mrs. DeVantier did not have the consideration to reach out to the manager or owner for clarification before making her negative post online."
DeVantier initially wrote The Silo was charging a 5 percent fee. She said an employee gave her that number when she called. DeVantier corrected the figure upon receiving Facebook comments pointing out her error. She also spoke with Alfiere.
More than 40 people have commented on the post, with some offering negative comments about The Silo and others asking DeVantier to change her Facebook settings so the post could be shared with more people.
Hastings said it was "disheartening" to find DeVantier's Facebook post.
"It is also discouraging for all the hard-working employees and the manager to see such negativity online," he added. "The intention was always to keep an increase reasonable by saving on reprinting menus and boards as well as website upgrades. Service fees are common practice and are currently used in other local restaurants.
"Nevertheless, the Silo has decided to remove the 2 percent service charge."
On Thursday, Hastings said he was apologetic, and elaborated on why he removed the charge.
"There's a whole bunch of people who think they got cheated, despite our efforts to make it known in advance. I can understand, and I sympathize, and that's why we've taken it down," he said.
"I sincerely want to do a good job. I'd like to do it with a minimal carbon footprint, and I do not want to take advantage of anybody. I want to be as successful as I can. I want to make all of my customers happy."
Hastings said The Silo also has received positive comments since the Facebook post, and "We do thank our supporters - good reviews don't always make it online. ... We want to thank all of those who have taken the time to spread positive thoughts and, as always, we are committed to doing the best we can serving our customers going forward."
In fact, Hastings emphasized he and his staff value customer comments and strive to make improvements based on feedback.
"I would urge anyone with a complaint to reach out to management before making a public post, because this could've been corrected in advance," he said. "I'm only human, but I am trying to do a good job."
The 2 percent fee was pre-tax.
Categories
Home feature NFP Sentinel Sentinel feature