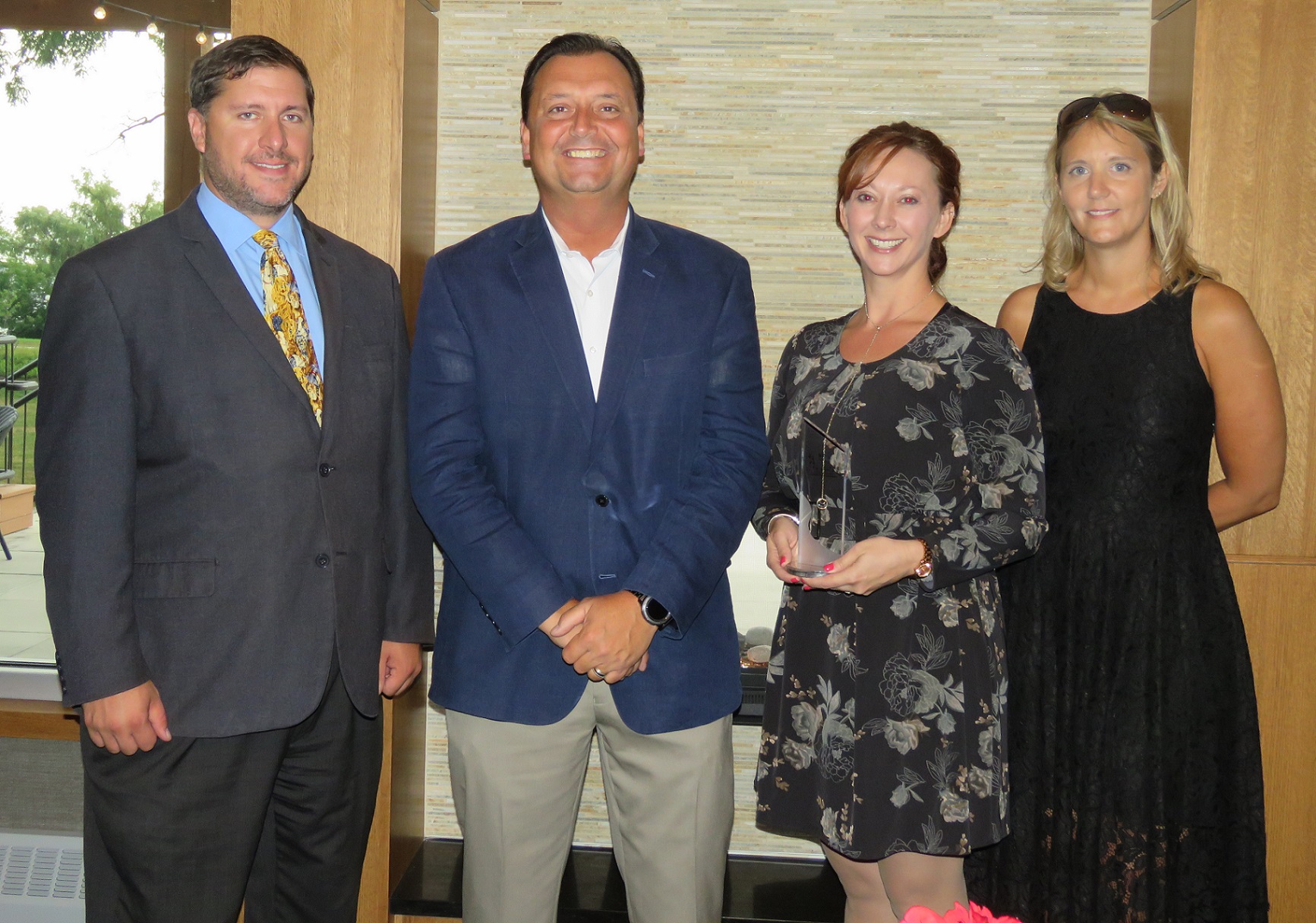 by yarger
Thu, Jul 26th 2018 09:20 pm
Award honors those who take a stance against animal cruelty
By David Yarger
Tribune Editor
On Thursday evening, the Niagara SPCA held a "Cocktail Pawty," and at the event they awarded the Niagara County Legislature with the first-ever Taylor Award.
In a press release from the SPCA, the agency said, "The Taylor Award was named after Taylor's Island, a rocky spot in the whirlpool rapids in the 1800s. This island did not have any inhabitants until the summer of 1881 when three dogs appeared on the island. At the time it was the practice that those with a dog they wanted to destroy, they would go out on the suspension bridge upstream, and throw them off.
"These dogs survived the fall, and made their way to Taylor's Island where they became celebrities of a sort. People would come and see the dogs, throw them food, and speculate on how they might be saved.  There were many suggestions which usually centered around lowering something the 200 feet down in hopes of snagging or capturing the animals.
"James Francis Brown, the son of a local tailor, decided he wanted to free the dogs from their island prison, and took it upon himself to plan a rescue of the dogs he could no longer stand to see stranded on their island prison. He studied the currents around the island and determined that if he could reach a point about 150 feet above the river, he could lower himself down and let the current take him to the island. He told no one of his plans, for fear he would be arrested for endangering his own life to save the dogs.
"He set out scaling along the cliffs along the river to a point where he could lower himself down into the current below, and with some strong swimming, made it to Taylor's Island. He was able to rescue two of the dogs by enticing them with meat into flour bags lowered to him by friends. He then made the trip back through the current with the aid of a rope he had used to lower himself down and scaled up the walls of the gorge."
SPCA Executive Director Amy Lewis and President Bob Richardson presented Randy Bradt and Rebecca Wydysh of the Niagara County Legislature with the award.
"I believe in everything we've done for animals, and cruelty and everything the SPCA does. I'm a dog lover myself. ... It means a lot to me. I love dogs more than I love most people," Bradt said, which drew a nice laugh from those attending. "Everything you guys do - what you do for the county, what you do for individual cities - I just want to say thank you. I really don't know where we'd be without you guys."
According to a release from the SPCA, the Niagara County Legislature worked with the SPCA to pass legislation increasing penalties against those who abuse animals, which is called the Phoenix law. Niagara County became the second county in the state to pass such legislation and since then 17 counties have jumped on board. Those convicted are added to a list, which animal shelters and stores are notified about. In turn, the offenders are prohibited from owning any type of pet.
Lewis said, "We have about 28 individuals on the registry. I wish we had none, but until that day comes, until there are no names on that registry, it serves as a tool to let everyone know that we take cruelty very seriously.
"We appreciate that the legislature backs us with our missions. They too want to prevent animal cruelty."
Categories
Home feature NFP Top News Tribune feature